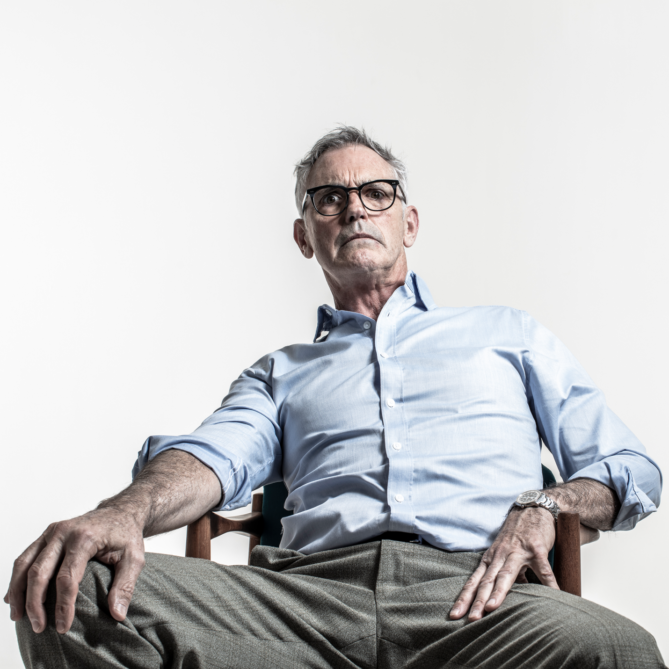 In his new and supposedly last play, Family Values, David Williamson is his classic self – angry, controversial and very, very funny. As he has done for the last 50 years, Williamson once again “puts his hands into our national wounds”, to borrow the apt word picture of Griffin Theatre Company Director Lee Lewis. This blackly comic drama has plenty of political bite.

Roger (Andrew McFarlane) is a celebrated federal judge, a conservative “black letter lawyer”. For his birthday he wants nothing more than to reminisce about the good times with his wife and three grown children—an over-zealous Hillsong convert, a lesbian Border Force officer, and a fiery left-wing activist. This is already a group which should probably not be together in one room, but add into the mix two plus-ones – a domineering girlfriend with an axe to grind and an Iranian asylum seeker on the run from Nauru – and sparks fly. The fault lines that divide Australia play out in one family’s living room.

Over the course of the evening, as sibling rivalries are revisited and parenting mistakes rehashed, old emotional scars are opened up and only the worst memories remembered. With the lubrication of some shiraz and chardonnay, the passion and the decibels rise. Political allegiances on polar opposite ends of the spectrum clash and not a hot topic is left off the table, from the marriage equality vote, to the relevance of religion, to the Islamic terrorist threat, to the refugee crisis. Williamson succinctly makes a dysfunctional family a microcosm of a dysfunctional country.

Whilst Williamson gives a voice to the two extremes of most debates raised, revealing the pride and prejudice in both wings and leaving it unclear on which side of the fence reason and right reside, he makes an unwavering statement on one issue in particular which is at the heart of the play. There is no doubt that Williamson is furious about what he sees as Australia’s inept and inhuman response to the refugee crisis. There are repeated comparisons to Nazi Germany. Director Lee Lewis says that Williamson “is using the final play of his extraordinary 50-year playwriting career as a protest”. The play certainly has a social and political conscience, asks us to examine our own values, and to question our government’s policies.

Interestingly, when the action of the play turns from being just an explosive family dinner party to actively breaking the law to hide and smuggle the “illegal”, the one who must actually do the dirty work and face the music for it is the old conservative patriarch. Much as the children chafe against and ideologically reject the privilege they were born into, it is precisely that position of privilege, that career clout, which enables Roger to be effective and successful in enabling change. Herein lies one of Williamson’s key points. He speaks to all the middle-aged, straight, white males like himself and asks, what are we going to do with the privilege we have? How are we going to use our position to make a difference?

The small, stellar cast of Australian acting stalwarts does a wonderful job. There is some brilliant comedy by Jamie Oxenbould as the zealous Christian preacher and some genuinely moving drama by Sabryna Walters as the psychologically damaged Nauru detainee.

No theatre could be more perfect for a drama of such intimate proportions than the close circle of Griffin Theatre Company’s home, the Stables. And it is only fitting that the country’s most prolific and successful playwright returns for his bow-out play to where he first began.

Family Values is showing at SBW Stables Theatre from 17 January to 7 March 2020. Purchase tickets now. The venue is accessible.

Disclaimer: Alicia Tripp was an invited guest of Griffin Theatre