My favourite part of the Sydney Festival is discovering the new artists that are part of the diverse lineup, but nothing could have prepared me for Jeremy Dutcher. Canadian Indigenous composer and musician Jeremy Dutcher delivered one of the standout shows of the Sydney Festival 2020, bringing his unique blend of operatic pop, classical piano and archival indigenous recordings to the iconic City Recital Hall.

I confess I should’ve known about Jeremy Dutcher before this: his debut album, Wolastoqiyik Lintuwakonawa, won the prestigious 2018 Polaris Music prize and since then he’s been playing shows all over the world. This was his first Australian tour, and who else but the Sydney Festival would introduce us to another ground-breaking artist. 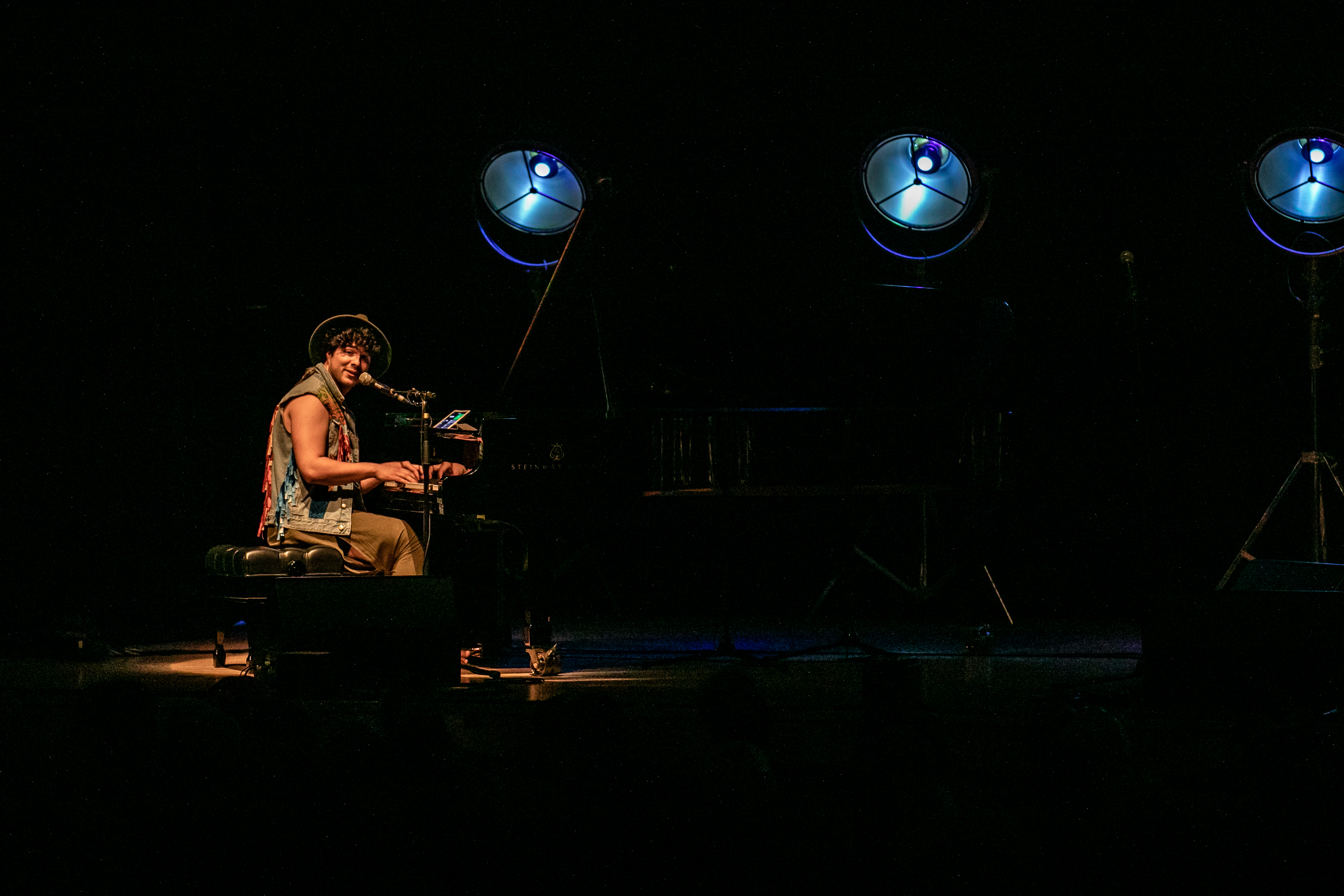 The thing that shines through everything Jeremy does on stage is earnestness and playfulness. Resplendent in a tasseled shirt and wide-brim hat, one can feel his million dollar smile even from the back of the room. A classically trained pianist and opera singer, from the very first moment he stepped on stage he had the audience spell-bound, following on to his every word. And he had a lot to say: behind his cheerful demeanour and playfulness lies a deep passion for preserving indigenous culture, for reconnecting to the natural world and his mission to help usher in a new world where humans and nature can co-exist in harmony. Coming as it did at a time of unprecedented natural disasters in Australia due to global warming, the message struck home with everyone. 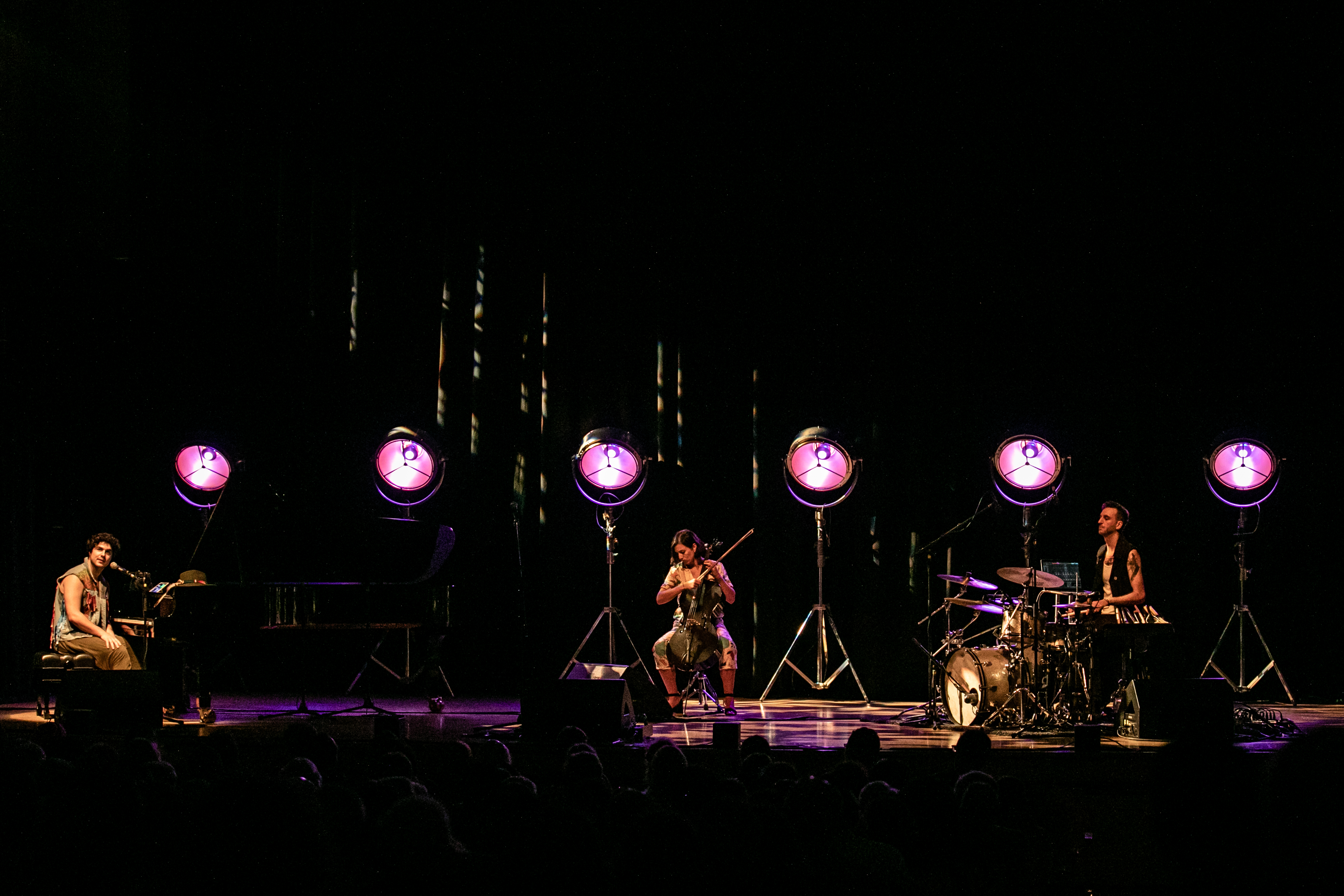 Singing in Wolastoqey language, a native language of the First Nations tribe that he hails from and which only has a hundred or so fluent speakers left in the world, Jeremy weaved stories of his people and his culture into his music, making this more than just a concert. His music is a testament to the resilience of his people and he brings the spirits of his elders with him on this journey via the centuries old recordings of traditional songs that are played along with the live performance.

I must give special mention to the musicians who accompanied Jeremy: cellist Blanche Israel and percussionist wizard Greg Harrison. It was evident that the three have been playing together for a long time and their interplay was a delight to see. 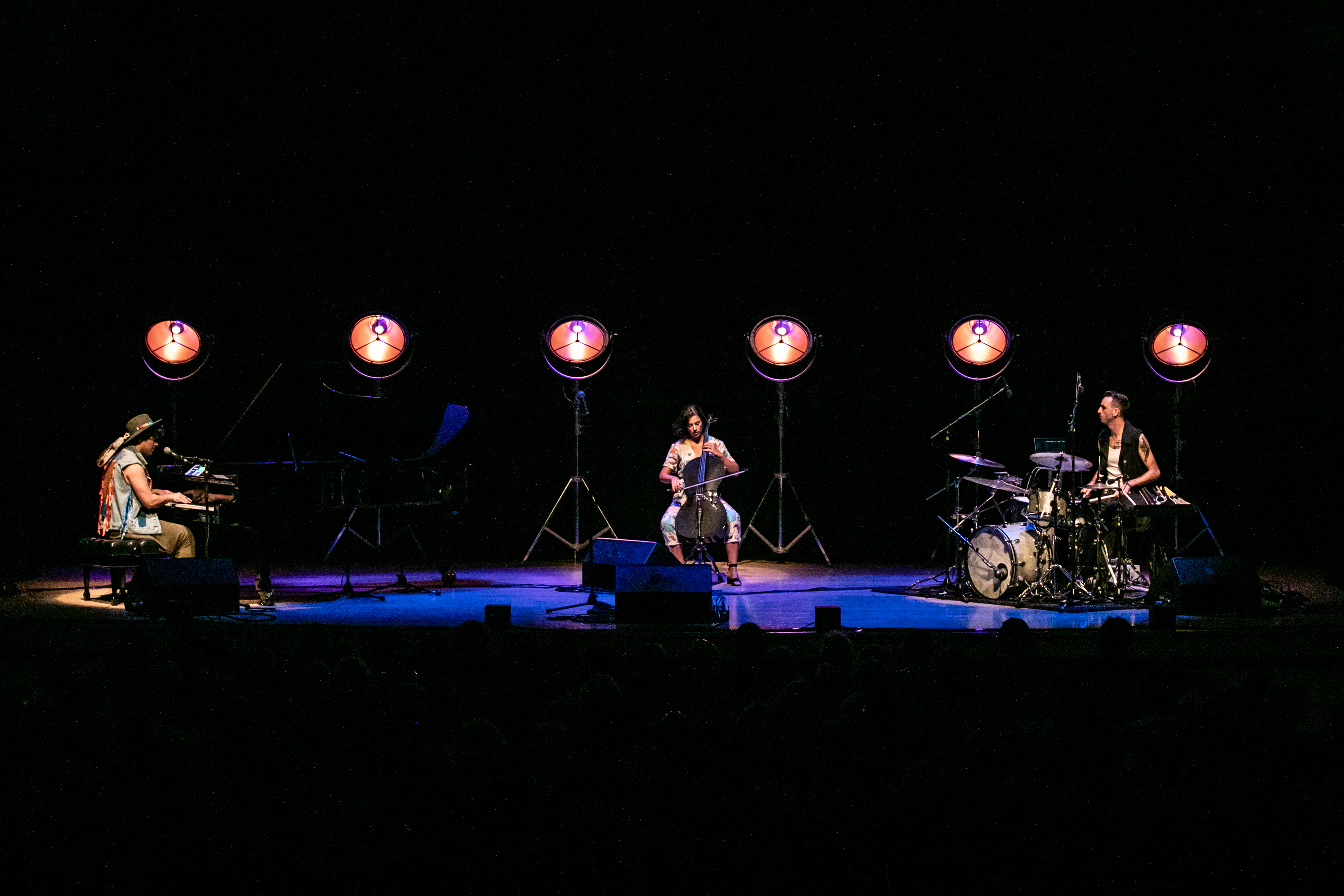 My favourite part of the concert was when Jeremy made the entire audience sing with him! Yes, he spoke about how singing together was such a big part of his culture and the healing aspects of singing together. He divided the crowd into two groups and got them to sing different notes and one felt that you were no longer just an audience but a participant in something dare I say, holy.

Jeremy spoke with a lot of emotion about why he sings in his native language, sharing something that an Elder once told him: ‘Once you bring the music back, you bring the people back’. I hope he succeeds in his mission, and his music will always bring me back.

– Haseeb
An audiophile and amateur ethnomusicologist, Haseeb Chishti is always on the lookout for the best music that Sydney has to offer.

Sydney Festival continues on till 26 January. Find the program here.

Disclosure: The Plus Ones were invited guests of the Sydney Festival
Image credit: Victor Frankovski