If you thought Bell Shakespeare Company only did Shakespeare, you’ve clearly missed what I consider to be the best theatre trend to hit Sydney in the last few years: Molière. Bell also does plays by Moilère now. Ok, so Molière is basically France’s Shakespeare, but still, the company is bringing something new and different to the Australian stage. And this time, in The Miser, company founder and legendary actor/director John Bell himself is back on the mainstage in the title role, lending the full weight of his support to the new direction the company is taking in the hands of Artistic Director Peter Evans. 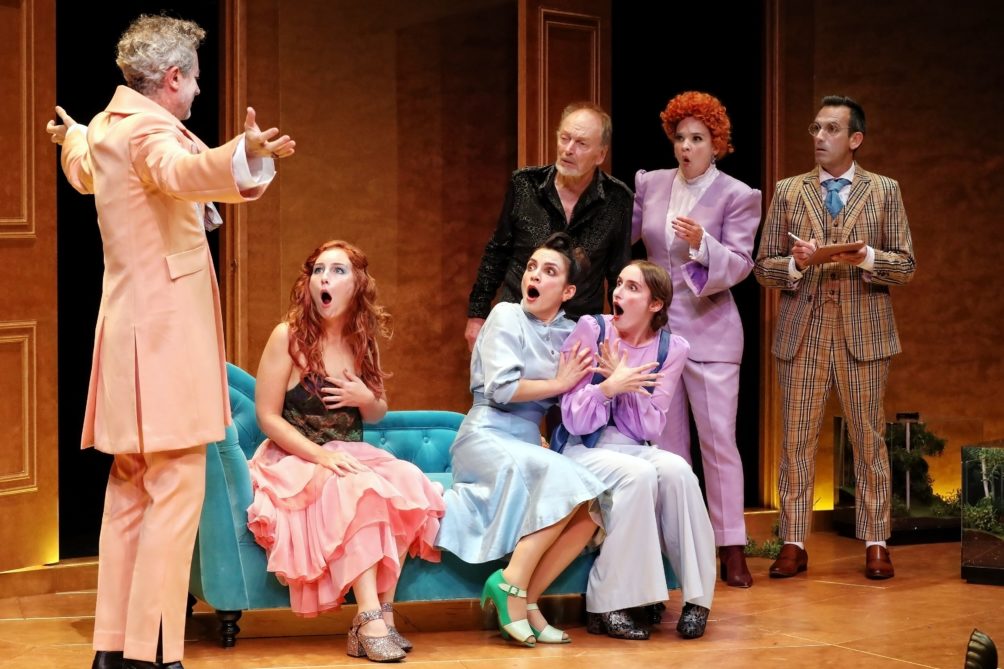 Writer Justin Fleming has cornered a market no one knew existed (this is his fifth Molière adaptation for Bell Shakespeare), not merely translating the comedies into English, but injecting them with irreverent contemporary Aussie idioms and slang. Fleming’s verse is clever, cheeky and colourful; his rhyming schemes are complex, subtle, and rather than feeling forced, are at times pleasantly unanticipated.

Plot-wise Fleming sticks rather faithfully to the original, although this production includes one unemphasised and unexamined gender switch and resultant lesbian relationship. The events, which all take place in the space of one day and in the one living room like a modern sitcom, centre around a “tight arse” anti-hero who scrounges and scrimps, living on the smell of an oil rag and dressing as a pauper, despite having a fortune hidden in his garden. He treats no one with generosity – not his servants, nor his family, nor even himself. We all know the type. His miserliness is to such a low sink that he is willing to squash the economically disadvantageous romances of his children, marry them off against their will to much older but richer people who are willing to take them “without a dowry”, and then proceed to assume for himself the young, penniless bride he had deemed inappropriate for his son.

The theme of greed and selfishness, especially within the family, is a dark and ugly one, but Evans does little of a reflective nature until the closing image. The play is quite deliberately a light and fluffy bit of fun, all the way through. There is plenty of carry-on in the farcical tradition, with the repeated and pointless manoeuvring of a chaise lounge and various terrariums, and heads popping in and out of doors. The set and costumes add a lot of colour to the work as well as a sense of the ridiculous, as they are a mishmash of styles and periods. Everything is played up to heighten the vaudeville exaggeration of the work, even the actors’ facial expressions and the projection of their voices (not including Bell – heads up, you may not want to sit in the back row).

An all-round strong cast delivers some delightfully hammy performances with a great sense of comic timing. They universally handle the vocal demands of the quick-paced rhymes extremely well, with few notable breathing issues. Stand-out roles are Sean O’Shea’s doubling as Signor Anselm and La Fleche, as well as Michelle Doake’s Frosine – both actors are jocular, exuberant and very funny. Jessica Tovey somehow exudes class and intelligence from every pore, even in a role that seems an ill-fit at times.

Of course it is John Bell who audiences come to see and the night will always belong to him. He is a living legacy. Yet onstage in this role, hunched over on his wobbly legs, in his soiled undershirt and mangy slippers, with his weak tone, ocker accent and unrefined turns of phrase (“short and curlies” comes to mind), his presence is underwhelming. But that’s the point: This is not a character to be admired in any way. Bell delivers an appropriately grouchy, nasty, filthy portrayal of someone totally lacking humanity and sophistication. It is also delightful to see Bell in a comic role, willing to make himself ridiculous. As we laugh at the character, we smile warmly at the man. 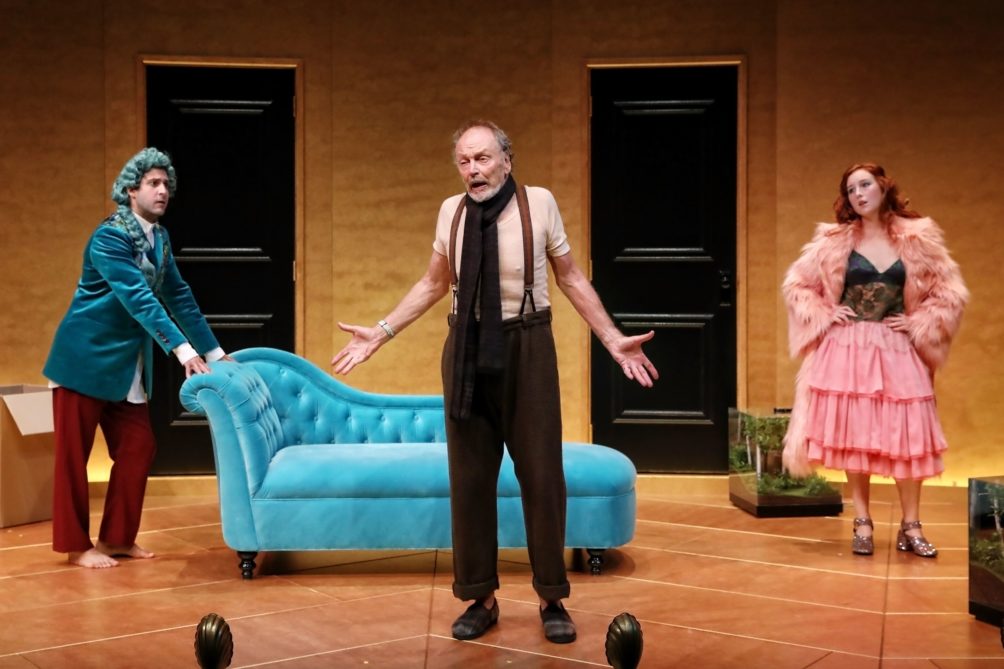 Witty and amusing it is, but laugh-out-loud funny it is not. At least not to the decibels of Fleming’s version of Molière’s The Literati in 2016. Being neither hysterical nor dramatically robust, there is the sense that the production could have been more than it is. The Miser is superficially satisfying, flimsy even, as facile vaudeville-style theatrics by definition always are. That’s what Evans was going for, I imagine, although he speaks more contemplatively in his Director’s essay. Strong, neat and bright, it is all in all an enjoyable, energetic production of a fresh work.

Bell Shakespeare’s The Miser is showing at The Playhouse, Sydney Opera House, until April 6

Disclaimer: Alicia Tripp was an invited guest of Bell Shakespeare

International Women’s Day at The Quartier – with Veuve Clicquot