Is it a musical? Is it a pantomime? Is it a radio play? No! It’s the zaniest adaptation of A Christmas Carol I have ever seen, now playing at Ensemble Theatre.

Several things scream Christmas is almost here; tinsel, fat men in red suits and overworked, stressed-out retail workers, but what if I told you, you could escape all that for a night of pure joy? This is how I felt after attending A Christmas Carol, cleverly staged by Ensemble theatre. 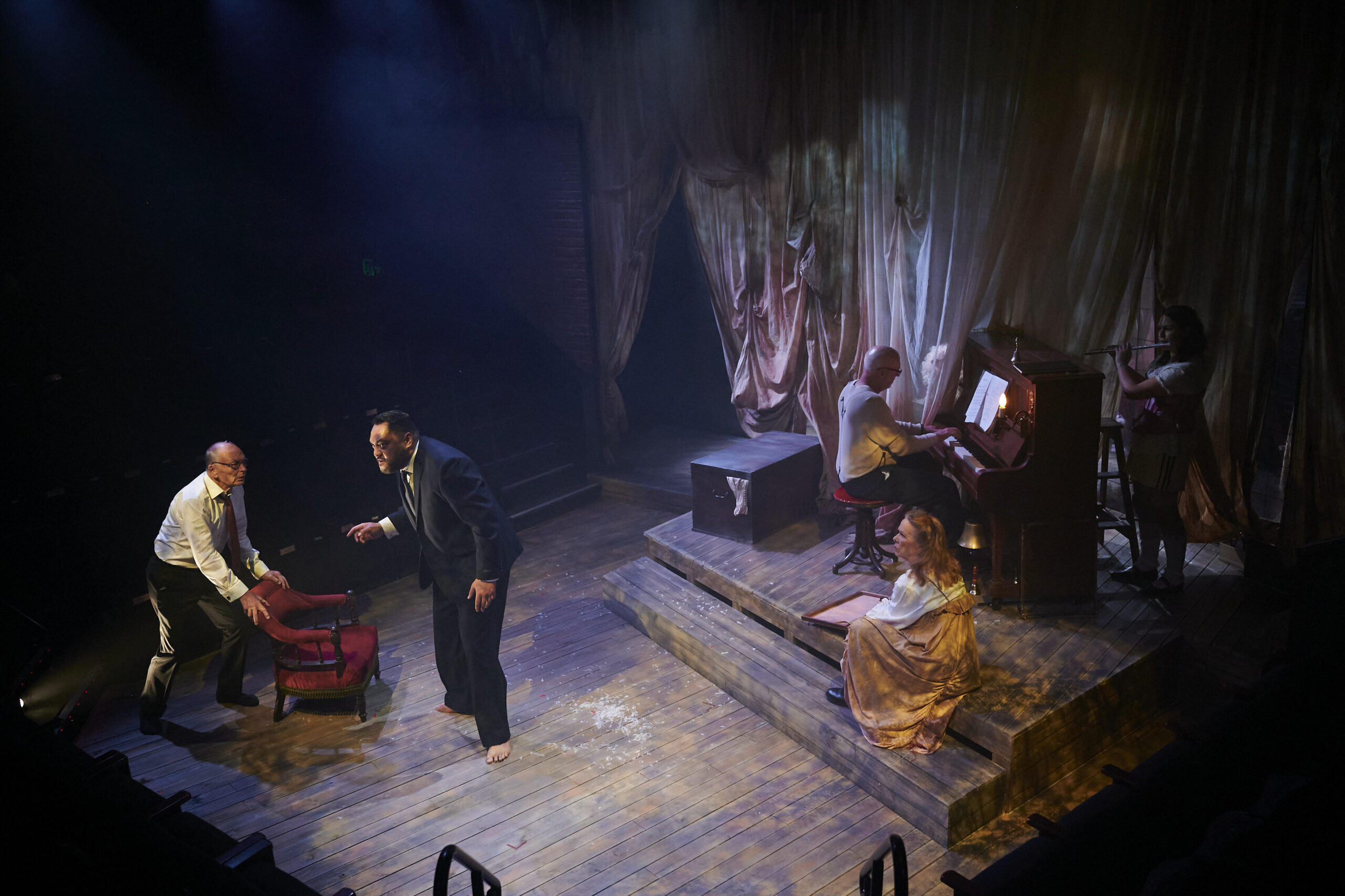 Known for their brilliant stagings of small cast plays, A Christmas Carol is the star of their season. With a mixture of traditional dialogue, puppetry, panto call-and-response and hilarious acting, this five-actor (plus pianist) show takes a lighter approach to this rather dark story.

For those uninitiated, A Christmas Carol, written by Charles Dickens, follows the story of Ebenezer Scrooge, a stingy grumpy old man who had a supernatural encounter one Christmas eve. These ghosts show him the past, present and future if he does not change his ways. Dickens, known for speaking out on human rights issues, wrote this as a social commentary on the distribution of wealth and drove home the fact through this haunting of Scrooge.

I’m always impressed with how the Ensemble theatre uses their theatre. Director Damien Ryan, Set Designer Ailsa Paterson, and Lighting Designer Matt Cox use every nook and cranny of this tall but small space. Right from when you enter the theatre, the cast breaks the 4th wall and allows you to experience the staging of the show, not just observe the action. It has a similar feel to a travelling show, a no-frills approach to storytelling which is where the magic lies. 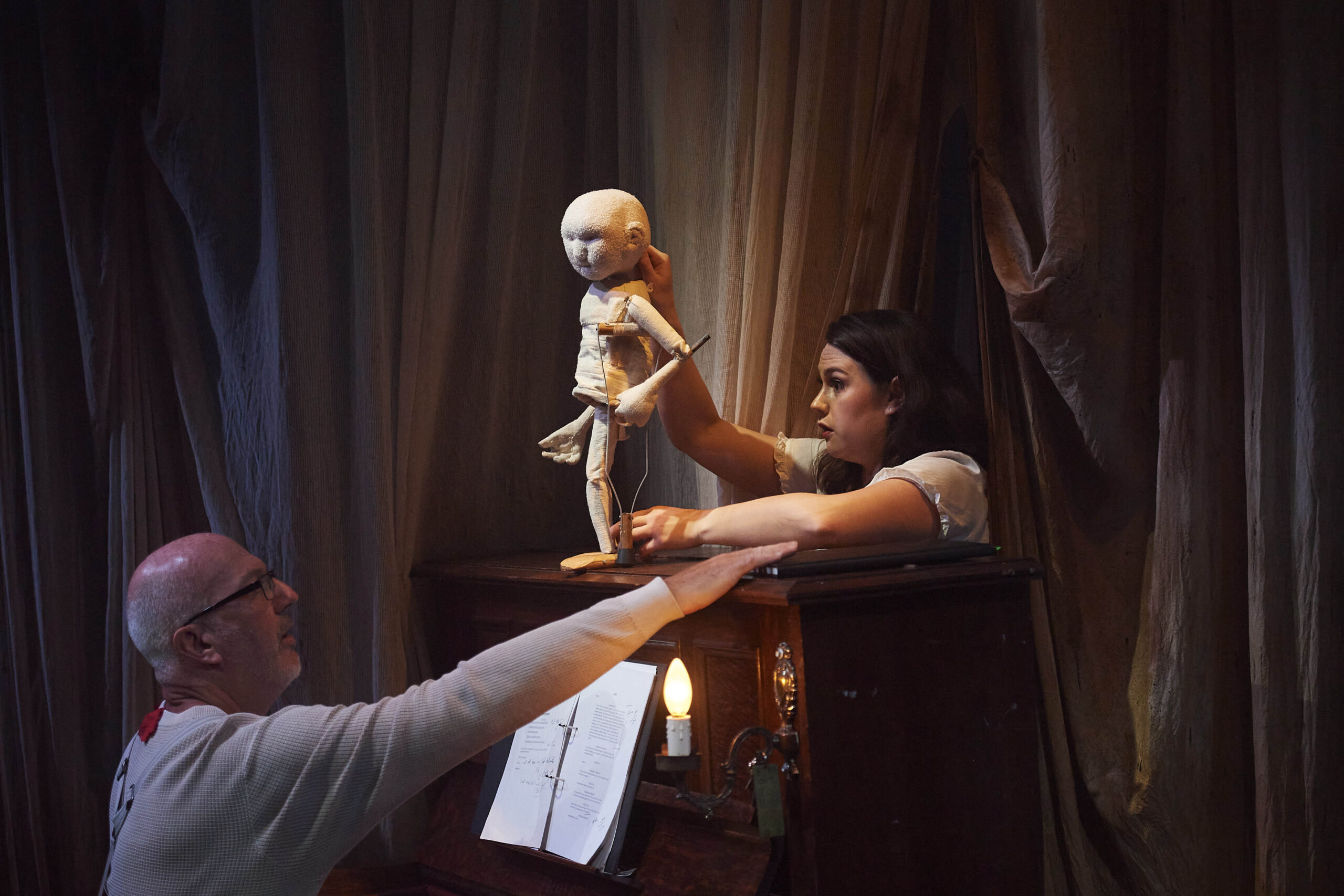 Ensemble has pulled out all the stops with this casting, and who better to play Scrooge than the legendary John Bell. Usually associated with Shakespeare (which does make an appearance), Bell effortlessly moves from ‘performer’ to Scrooge and embodies an emotionless wretch of a man. While there is little space for humour in this role, the rest of the cast steps up to infuse more levity into the heavy story.

Valerie Bader, Jay James-Moody, Emily McKnight and Anthony Taufa all play multiple characters easily, jumping from a creepy ghost to playful children in a flash. With some shows, this change of character can be confusing, but with this staging and the traditional theatrical cues found in the script, each character is essentially announced before they start talking. The whole show is supported by the musical stylings of Daryl Wallis. Special shoutout to Tiny Tim, who captured all our hearts with one special hug.

Each year, it feels less and less like Christmas for me, but Ensemble Theatre’s A Christmas Carol has definitely put the festive spirit back in my bones. Grab your tickets to finish the year with a smile on your face and warmth in your heart. 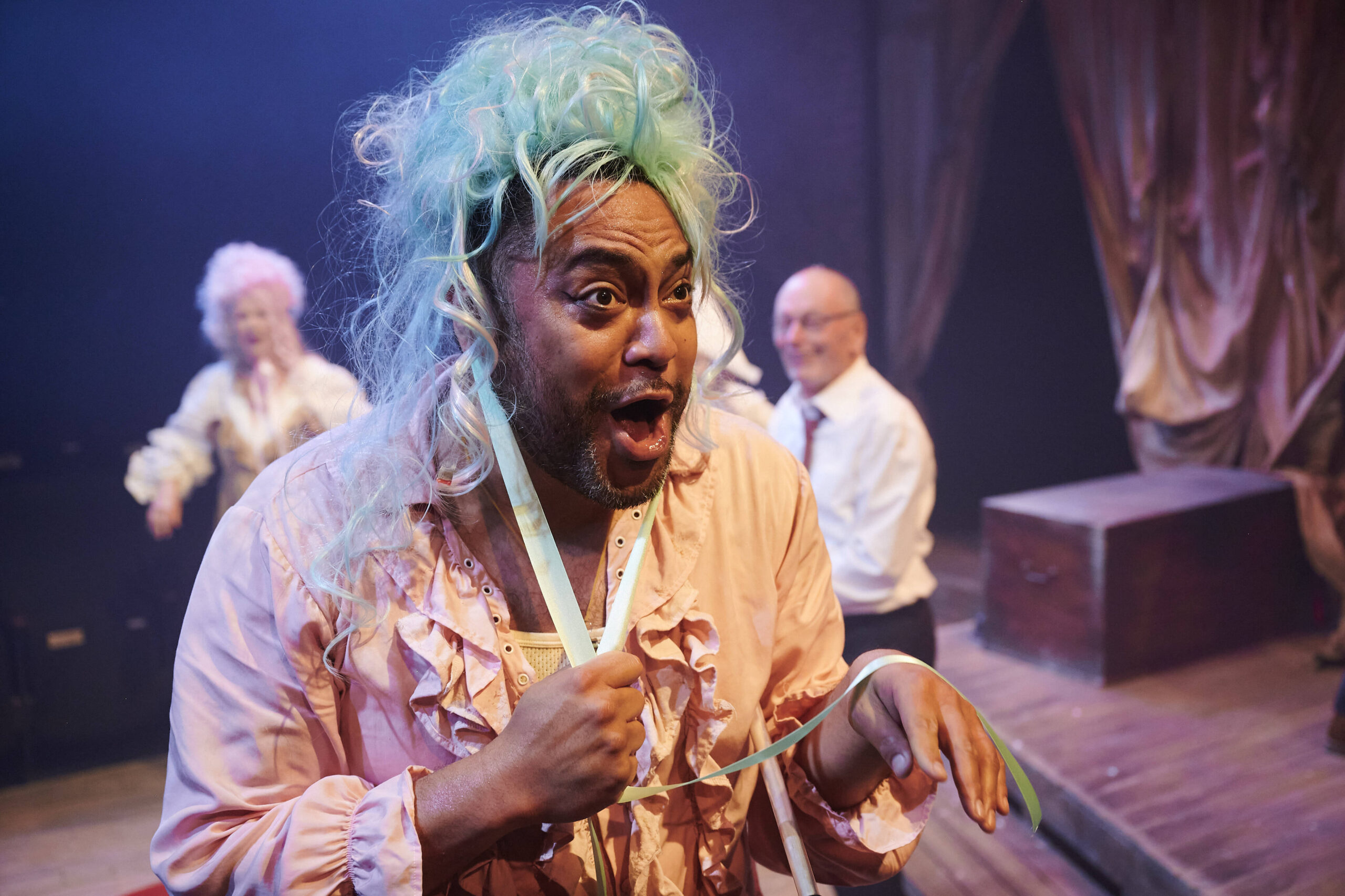 Disclosure: The Plus Ones were invited guests of Kabuku Public Relations.
Image credit: Jaimi Joy.

All aboard – Cointreau’s Love Boat Party!