This October Sydney Dance Company brings us another exciting new Australian contemporary dance work, Forever & Ever. The show is a double bill, commencing with an older work by Artistic Director Rafael Bonachela, and finishing on a high with the newly commissioned choreography of internationally acclaimed Antony Hamilton. 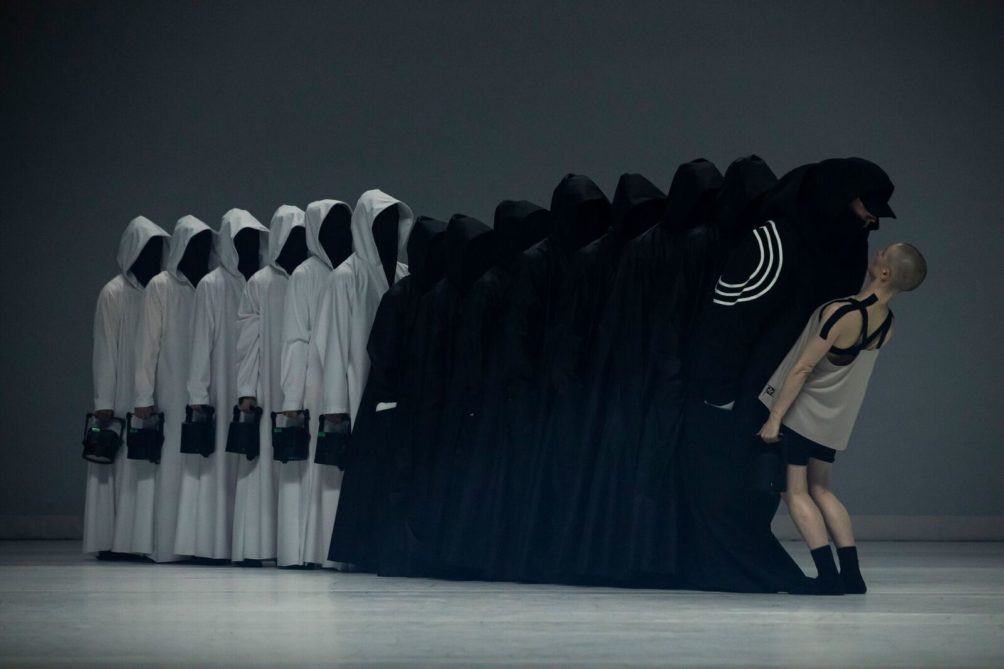 Bonachela’s Frame of Mind needs no introduction in the performing arts community, as in 2015 it won four Helpmann Awards, including ‘Best Choreography’ and ‘Best Dance Work’. Frame of Mind is emotionally charged, intense to the point of being stressful and exhausting. And yet you don’t want it to end. It is so fascinating and complexly beautiful. It is a real treat to sit in the first few rows, right in front of the Australian String Quartet playing Bryce Dessner’s dramatic contemporary-classical soundtrack live on their exquisite 18th century instruments.

At some point during the 20 minute interval, a lone dancer appears centrestage and begins moving. The hall lights are all still on, most of the audience are not present, and those that are are engaged in conversation. All the while, for what must be more than 10 minutes, Jesse Scales is dancing solo. It is not clear whether the interesting shapes her body melts and morphs into are part of Antony Hamilton’s choreography or are Scale’s own freestyle, but it is certainly part of the performance of Forever and Ever. Scales gradually becomes pinker in the face, her skin starts to glow and her breathing pattern becomes audible. The hall lights are now off and the stage lights on, but there is still no music. We watch her movements and listen to her breathing, and wonder for how much longer she could possibly continue like this.

Suddenly the speakers blast out a powerful, simple, repetitive beat and Julian Hamilton’s soundtrack takes over. It is a wonderfully impactful beginning. This sense of largeness, of bareness, of boldness, continues as other dancers enter, their towering height overbearing in comparison with little Scales. In their oversized hooded cloaks they look like a cross between the KKK and the grim reaper. Without the usual impressive view of the dancers’ perfect semi-nude bodies, it is a challenge to captivate an audience. The titanic strain and beauty of rippling muscles are shrouded beneath layers of cloth. When not distracted by such delicious details, what we are left with is a mesmerising vision of a constructed whole. The movement of the dancers’ limbs in these baggy costumes becomes simplified into basic shapes, like large wooden blocks that infants play with, as opposed to the more intricate leggo of older children. This shape and pattern ‘blocking’ is a unique approach and highly successful. 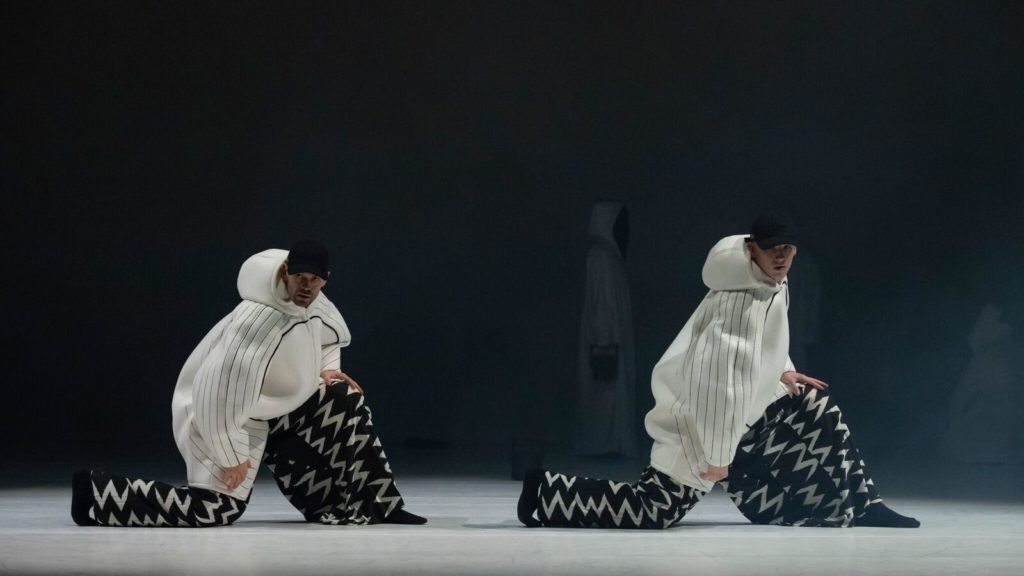 As the performance progresses, there is the feeling of at once being dropped into a psychedelic computer game, a right wing gang ritual and a Halloween dress rave party. We’re just not quite sure where we are. It seems this feeling is intended. One of the themes explored in this work, as Hamilton describes it, is “the unwieldy nature of the zeitgeist and its rapid, unpredictable trajectory through time.”

The synchronicity between the choreography and the score, both of which seem to be based on a minimalist precept, is so natural that it is no surprise to discover that the choreographer and composer are brothers. Antony and Julian Hamilton collaborate together professionally with what Julian describes as “a unique and often strange, shared creative universe”.

The world premiere of Forever and Ever is showing at Roslyn Packer Theatre, Walsh Bay, until 27 October.

Alicia was an invited guest of Sydney Dance Company