With their latest immersive extravaganza, ‘Delirium’, the team at Underground Cinema have completely outdone themselves. The surprise setting, immersive acting, and mystery film are already ingredients for a huge success. They upped the ante for the one-of-a-kind experience that is ‘Delirium’. Fortunate attendees will be talking about ‘Delirium’ for months to come.

We’re enormous fans of Underground Cinema — aka UGC — at The Plus Ones. We’ve covered everything from ‘Dream’ and ‘Money’ in Sydney, to ‘Patriot’ and ‘Hope’ in Melbourne, over the years. (All events are themed around a particular word that encapsulates the experience.) 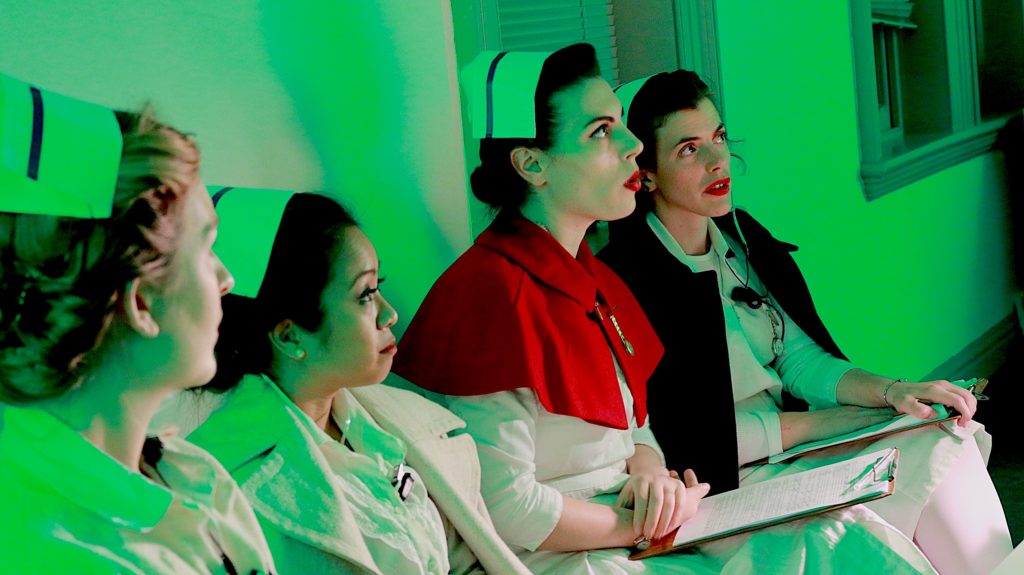 All of Underground Cinema’s events work in a similar manner, combining a spectacular setting, top-notch acting, fun costumes, great food and drink, and a fantastic movie. You don’t know where you’re going. You don’t know what the movie is. All you get are the name of the event, and clues about the film on Facebook — including a suggested dress code/costume theme. The day before, a text tells you where to go. Half the fun is the anticipation!

DO YOU KNOW WHAT FEAR DOES?
As a Federal Marshal you’re required to step out of the light into the untouched dark. You ask the questions no-one else wants to. Walk the path of the condemned. Face the hidden insanity.
Strive for the unspeakable truth… 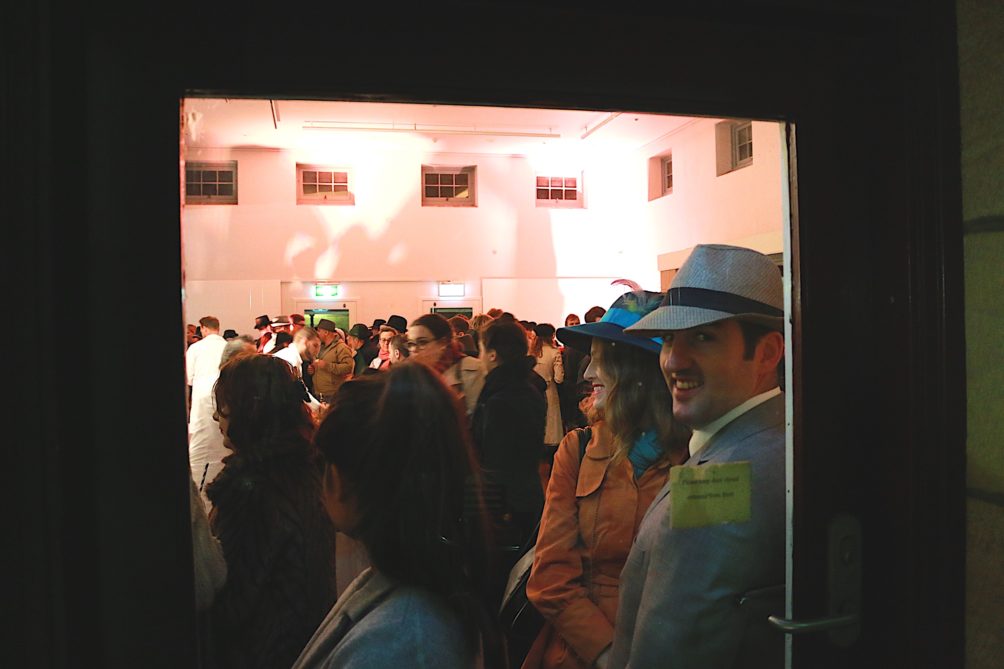 The Sydney location: The Sydney College of the Arts in Lilyfield. The historic, sandstone complex was built in the late 1800s. With wide verandas and open courtyards, staircases and an auditorium — a more perfect spot for Underground Cinema I can’t think of. In fact, my +1 and I discussed with other partygoers: does the UGC team pick a venue and match a film to it, or the other way around? Either way, each and every time, the UGC team pulls off a magical experience.

Everyone was decked out in their 1950s detective finery — with fedoras, suspenders and trench coats in abundance. Right from the get-go, the UGC cast members set the scene. Nurses and police officers, all with American accents, guided us throughout. I can’t imagine what it would be like to stay in character for the entire evening, but, as always, the UGC team masterfully handled it all. 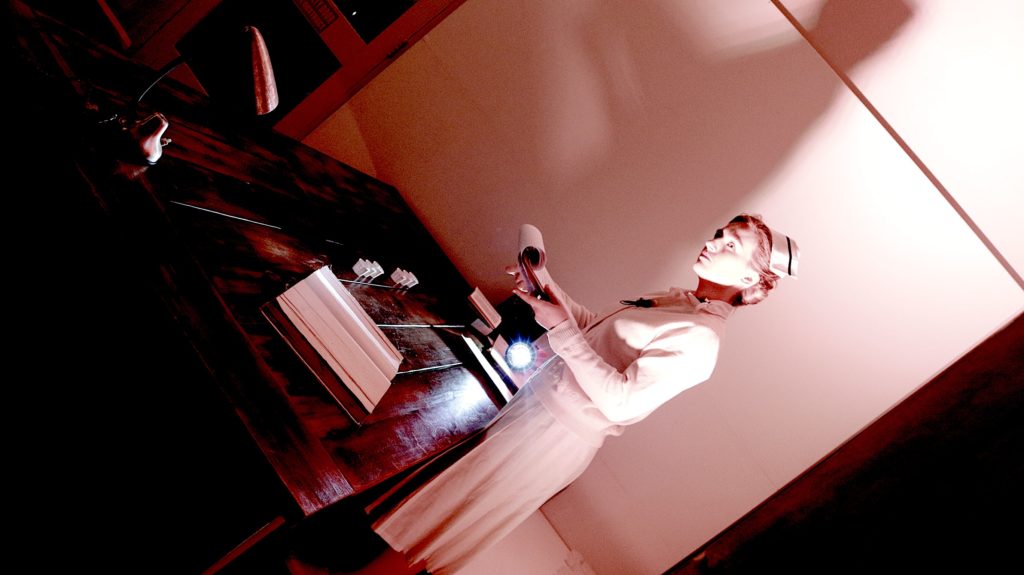 ‘Delirium’ was basically a huge, wonderful live action Choose-Your-Own-Adventure. We could choose to wait to see a doctor; we could also choose to visit the Dispensary for ‘cocktail therapy’. Or why not wander the grounds and follow different groups of people?

No matter what you chose to do, you ended up with an amazing night unlike anyone else’s. Each and every guest’s experience was different — where you went, which actors (sorry, patients) interacted with you. Yet you were all united by the hours of amazing immersive action. 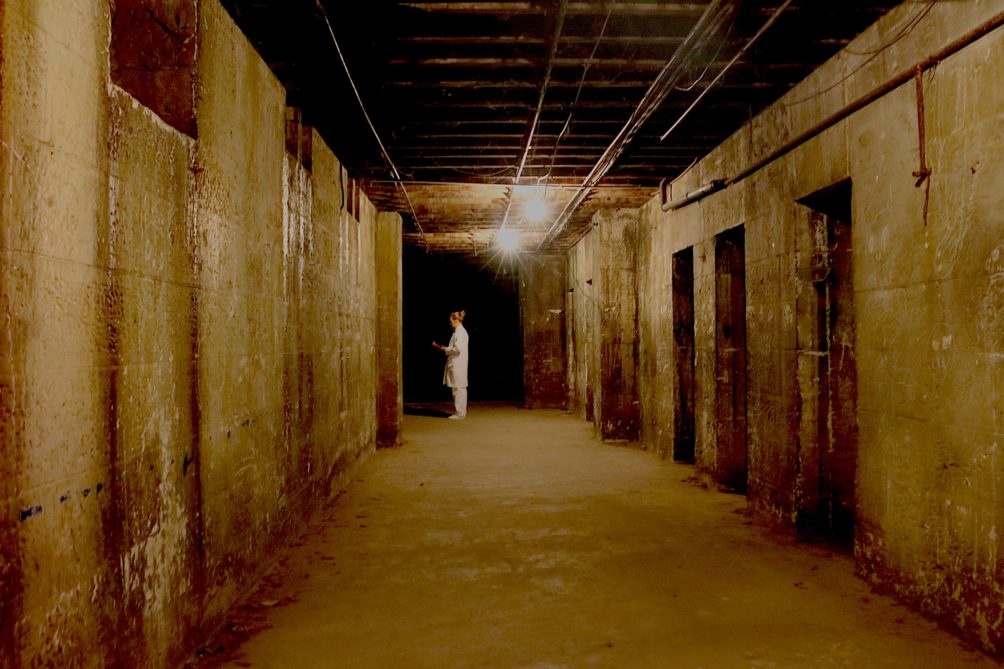 One of the best parts of the whole evening was seeing the overarching plot unfold. Without giving too much away — after all, Melbourne hasn’t had a go yet — we were sent on a quest to interrogate and meet different staff members and prisoners. Eventually, we obtained a High Security Access Pass to visit a ward.

It was in the deepest, darkest basement, waiting for our turn to meet a special prisoner, that some newfound friends told us the harrowing news: the very buildings we were in used to be a Lunatic Asylum for the Mentally and Criminally Insane. Chills! 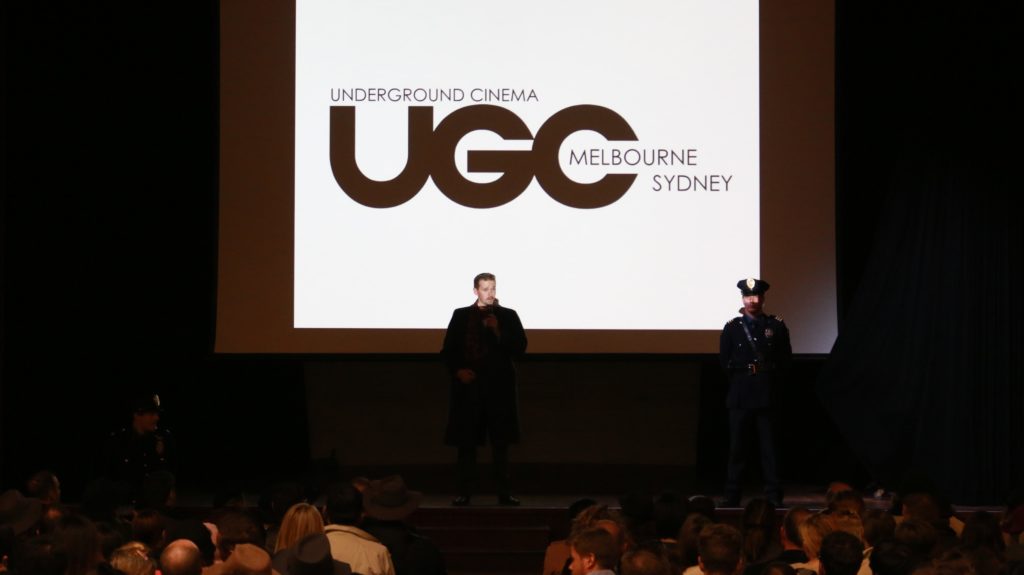 Missions mostly accomplished, and several new friends made, we were ushered into the auditorium for the film screening. My +1 and I hadn’t seen the film before, which made it all the more fun.

Underground Cinema is, far and away, one of the coolest ways you’ll ever spend an evening. The more you put into it — the more interacting you do with the actors, the more you dress up, the more you suspend your disbelief — the more you’ll start to think you’re actually in the film itself.

– Theresa
Co-founder of The Plus Ones, Theresa can’t think of a better night than one spent at UGC.

Disclosure: The Plus Ones were invited guests of Underground Cinema.
Image credit: Patrick Kolan.