What happens when disaster affects an entire community? That’s the premise of Come From Away, the award-winning musical focusing on a small town in Newfoundland, Canada, whose residents unexpectedly have to take care of 6,500 visitors from around the world.

Come From Away is a wonderful show combining incredible music and heartfelt good times. You’ll leave the theatre humming the tunes — always the mark of a great musical. 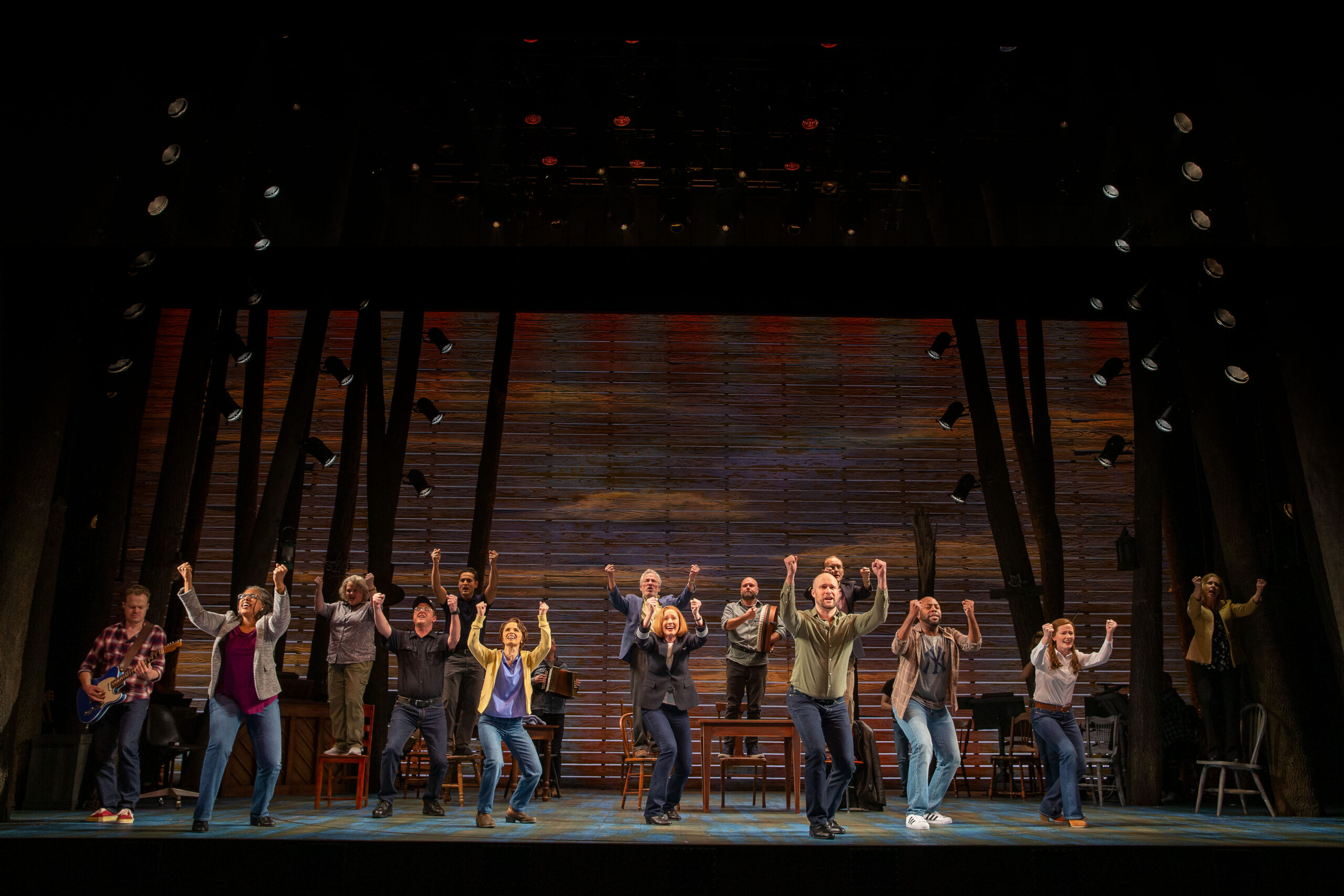 I’ll start by addressing the elephant in the room. Yes, the plot involves 9/11. But at no time do you have to watch footage, and the words ‘Twin Towers’ and ‘terrorism’ are never spoken. The focus is entirely on the two groups: those from Newfoundland, and those who ‘come from away’.

I was lucky to spend three weeks in Newfoundland, traversing the island from the capitol, St. John’s, to the UNESCO World Heritage sites Gros Morne and L’Anse aux Meadows (site of the first Viking settlement in North America). It’s a remote, wild province, and Gander is just a blip on the highway. When planes heading to U.S. airspace were forced to land, Gander — with a huge WWII-era airport — was the perfect spot. In a matter of hours, 38 planes landed 6,500 travellers. In a town of 10,000 people. 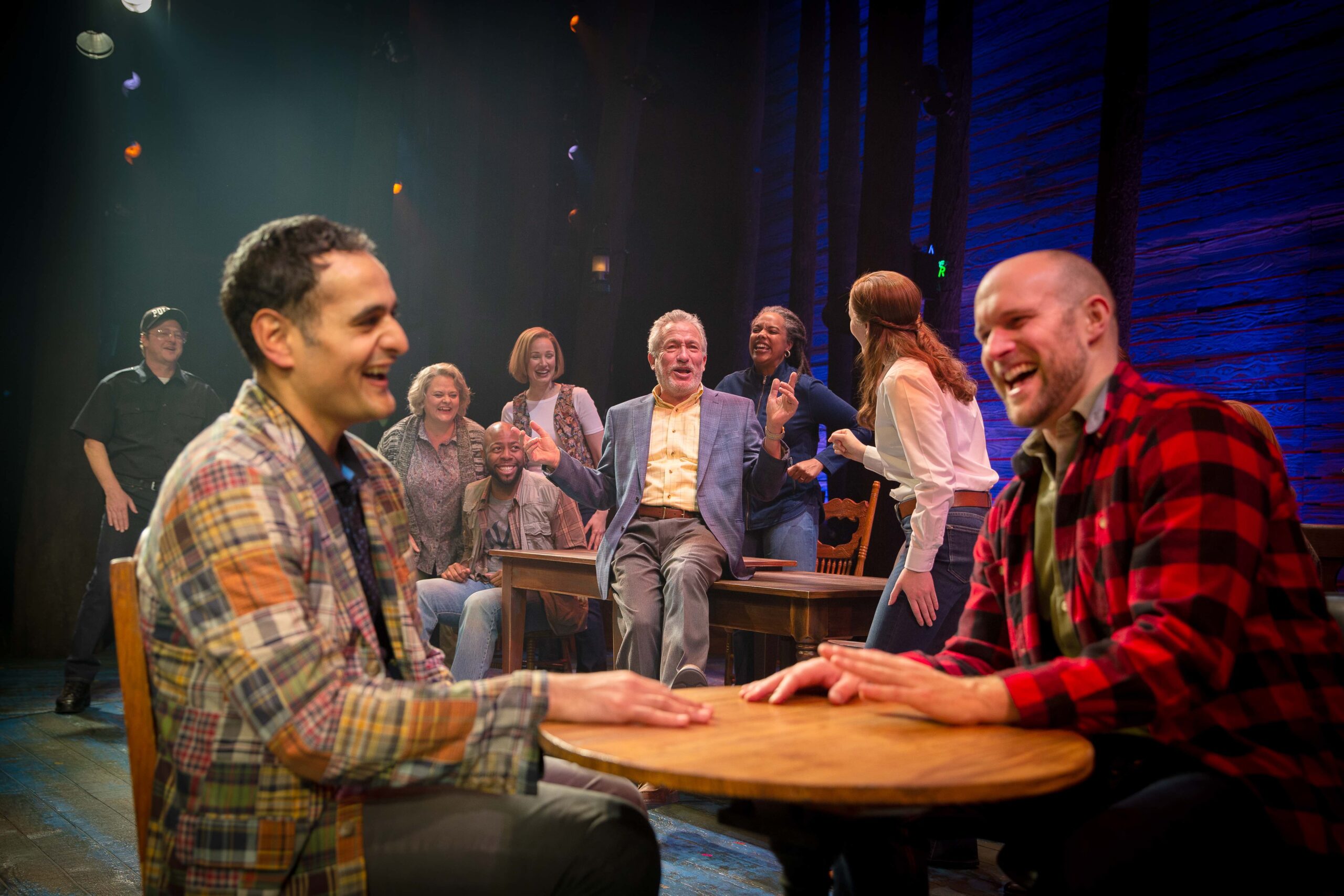 Show creators Irene Sankoff and David Hein conducted hundreds of hours of interviews with locals and ‘plane people’, combining and distilling the stories into one amazingly tight 100-minute show.

The cast of 12 actors embody what feels like hundreds of characters, from pilots to RSPCA volunteers desperate to help the animals trapped on board the planes. They’ve all mastered the Newfie accent, too — not quite Canadian, not quite Irish. Standouts include Kolby Kindle as New Yorker Bob, and also memorably as a sexy pilot; Shariesse Hamilton as Hannah, an American mother longing for news of her son; and Joseph Naim as one of the gay-couple-both-named-Kevin, as an Egyptian chef, as a townsperson… the list goes on. Part of the fun was realising which actors were playing which roles. With the donning of a hat or a plaid shirt, changing their accent and body language, they disappeared into each role. 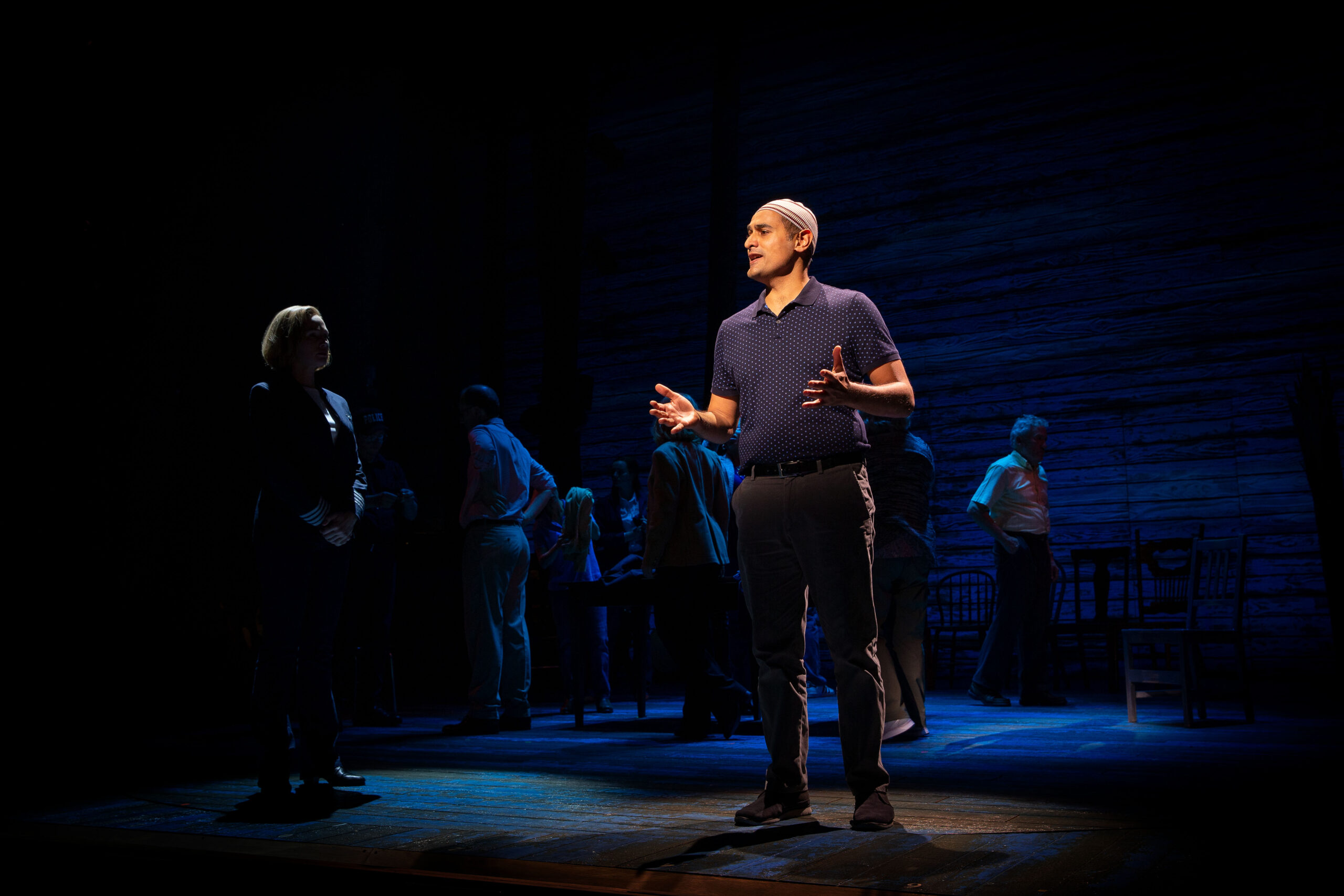 The pacing of Come From Away is masterful, ranging from pathos to comedy in seconds. Each vignette seamlessly flows into the next. It’s not a breathless show — you do have moments to relax — but there’s never a second your attention isn’t fully on the stage.

Of course, we have to highlight the amazing score. Musical Directors Luke Hunter and Michael Tyack help bring to life rollicking tunes. Traditional Newfoundland music is informed by Celtic tunes and sea shanties (time to mention their most famous export aside from cod, Great Big Sea, whom I incidentally hung out with in Melbourne till 3am one morning). The songs of Come From Away grab you from the first chorus of ‘Welcome To the Rock’ and never let go. From ballads to toe-tappers, you’ll be cueing up the soundtrack on Spotify the next day. 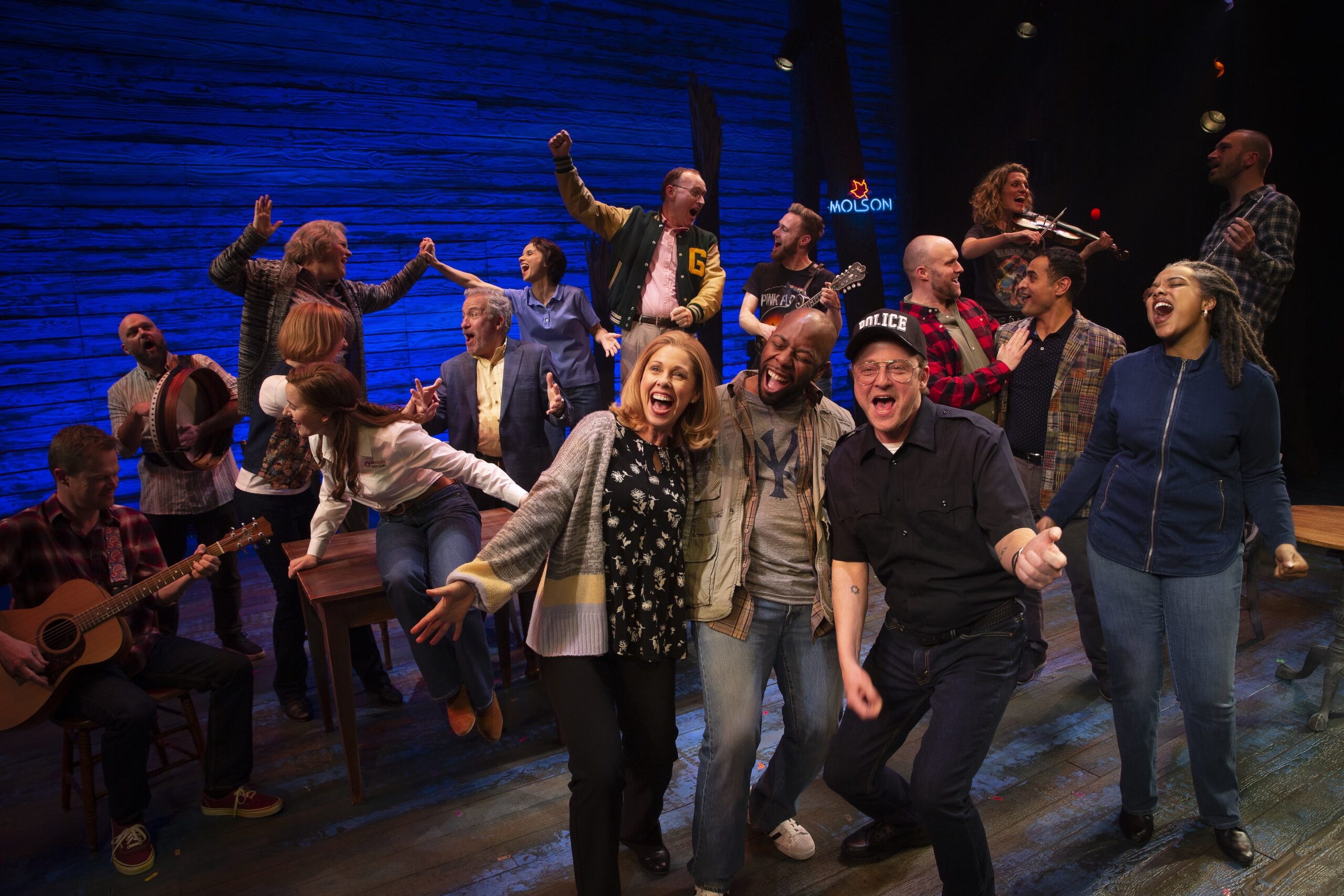 The plot doesn’t shy away from humanity at its worst (racial profiling is woven throughout), but it mostly shines a light on humanity at its best. Watching the Newfies drop everything and come to the rescue of people they’ve never met reminded one of my friends of the way we Aussies banded together during the bushfires. When push comes to shove, when man-made or natural disasters come to the fore, community is what counts. Come From Away leaves you feeling hopeful for the future of humankind.

– Theresa
Co-founder of The Plus Ones, Theresa can’t believe she forgot to work in the fun Newfie tv show Republic of Doyle.

Come From Away runs at the Capitol Theatre (13 Campbell St, Haymarket NSW 2000) until 22 August 2021.
Buy tickets now, with NSW Dine & Discover vouchers applicable till 30 June 2021.
The venue is accessible, and The Capitol Theatre welcomes patrons with disability.

ONCE in a lifetime, a show like this comes along!