Good shows are easy to review. Great performances are a little more complicated, but the phenomenal production of ONCE by the Darlinghurst Theatre Company has left me utterly speechless. Usually, in a review, I would put the call to action at the end but stop reading, go and book your tickets, and I’ll wait for you to return… 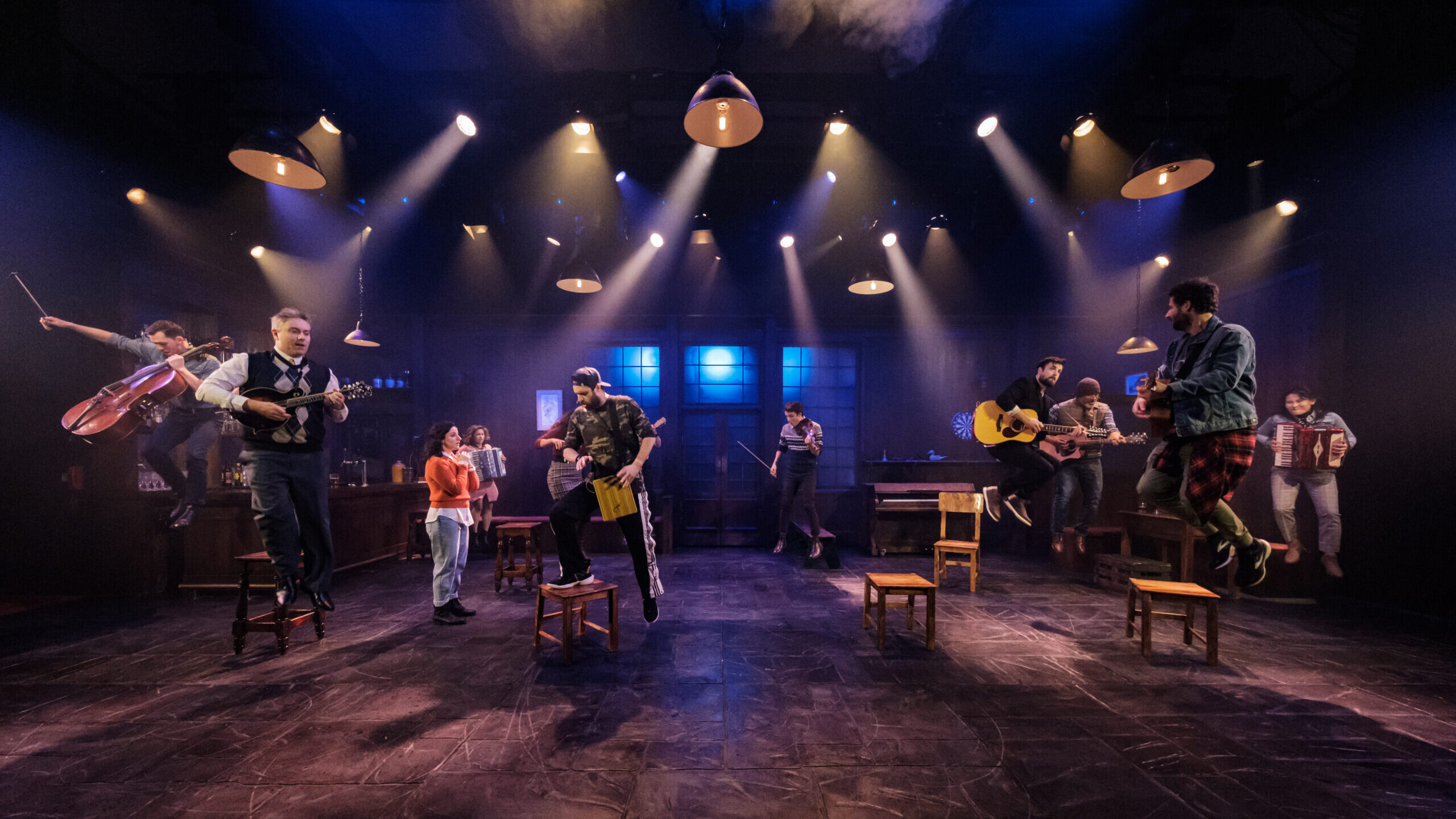 Are you back? Ok, let’s keep going!

Set on the miserable streets of Dublin, ONCE explores the story of two people whose lives intersect for five days; Guy, an Irish singer-songwriter who is giving up on his dream, and Girl, a Czech single mother whose charisma and passion for life inspires all around her.

While this brief synopsis leads you to believe it’s a classic love story (and there are elements of that), the magic is found at the intersections of the characters’ lives. It’s the little moments, the subtle glances, the placement of the hand, and the extended pauses that are so meticulously placed in this production that you forget that they’re actors doing what they do best. Richard Carroll (Director), Victoria Falconer (Musical Director), Amy Campbell (Movement Director) and the creative team have crafted the perfect show. It’s raw, it’s sweet, it’s intoxicating, and it’s sometimes stone-cold sober, but on top of all that… it’s Ireland.

All these moments wouldn’t be possible if it weren’t for this outstanding cast. Each actor brought life and authenticity to their role, regardless of its size. 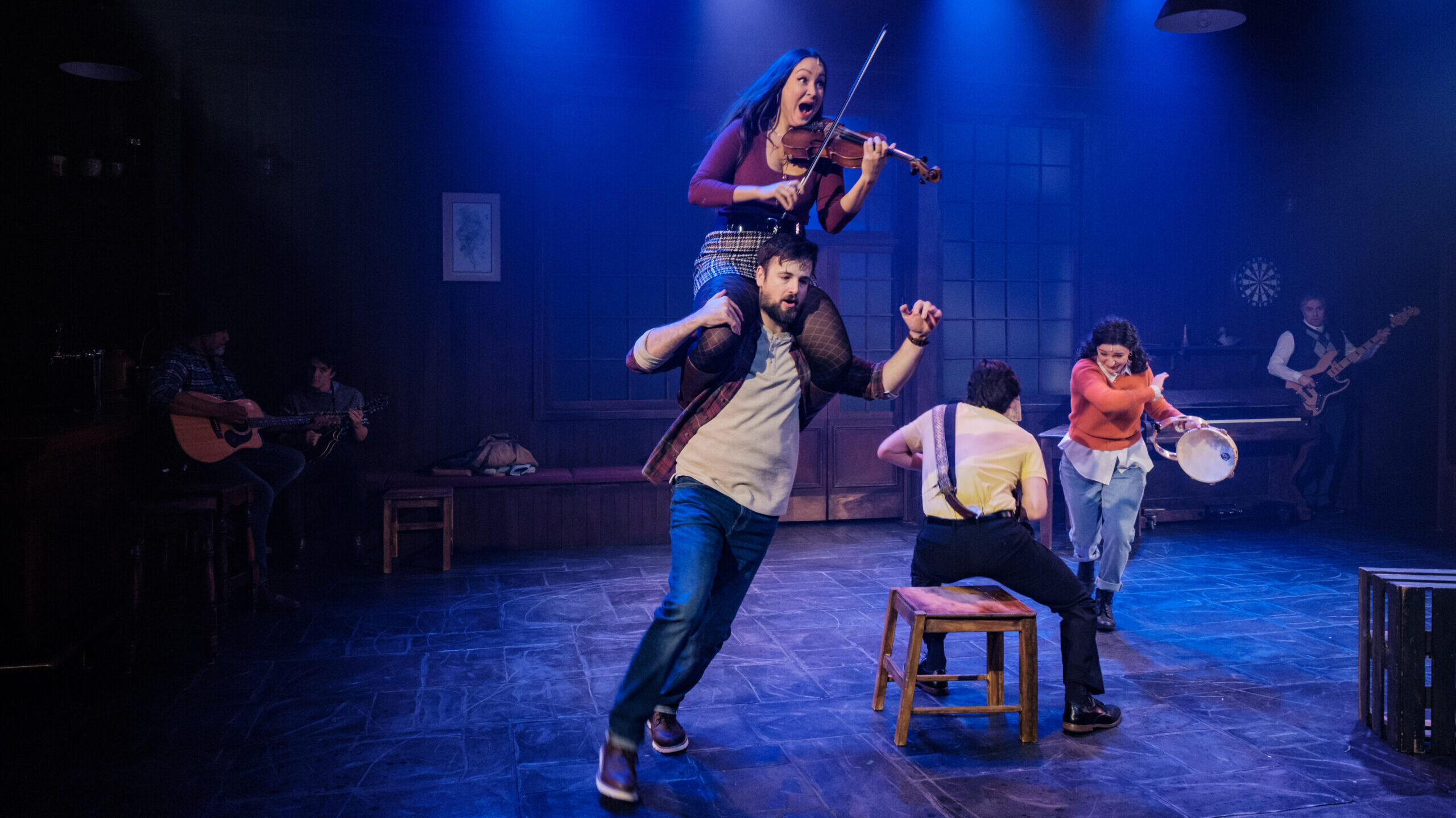 Toby Francis (Guy) and Stefanie Caccamo (Girl) set the show up with such incredible performances; you would swear that their chemistry had to be authentic.

Deirdre Khoo (Ex-Girlfriend), Drew Livingston (Bank Manager), Patrick Schnur (MC) and Alec Steedman (Eamon) round out the cast with performances that would rival anything on the major world stages. 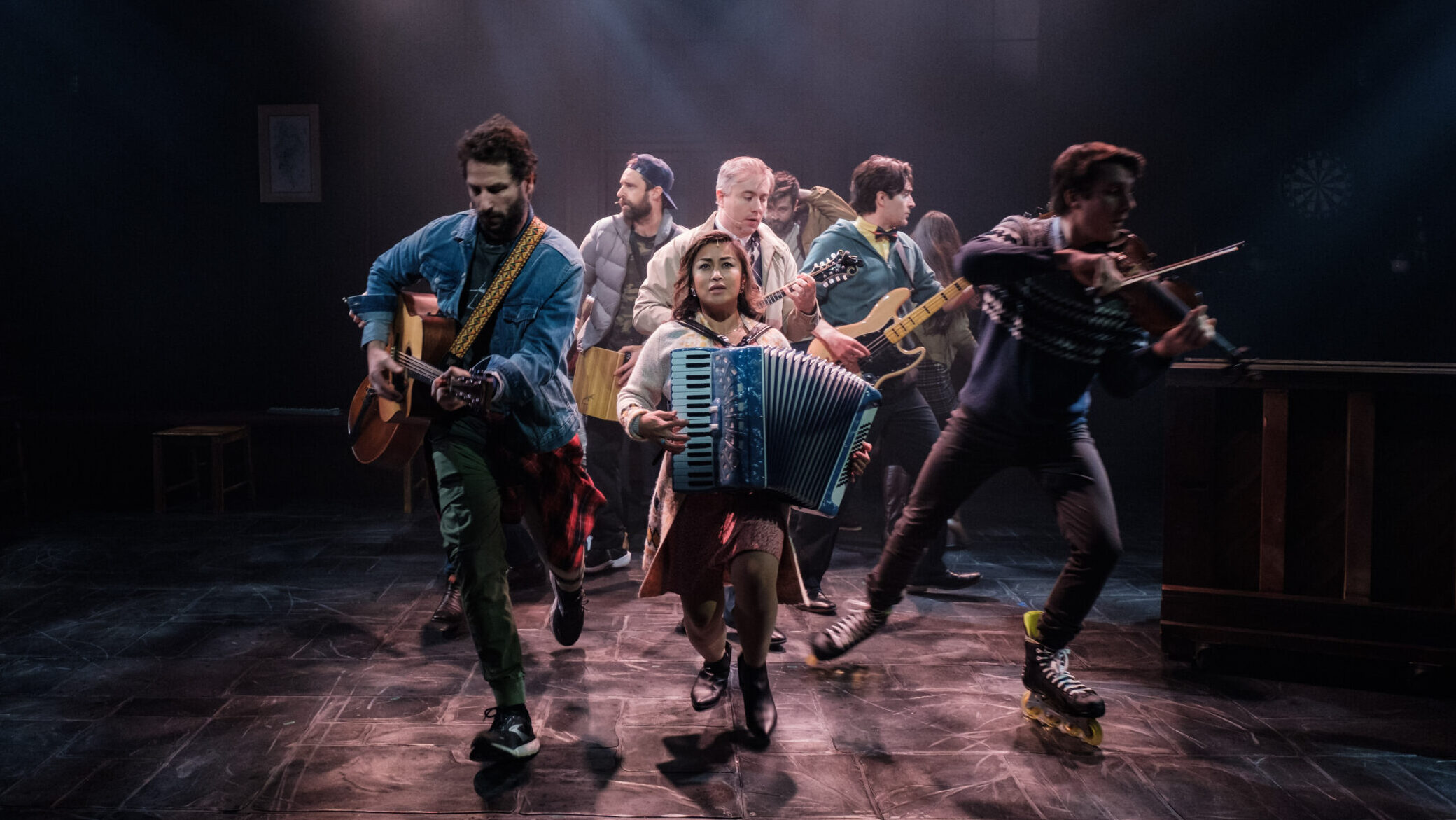 As with any musical, the performers sing, act and dance without missing a beat. However, what makes this show and indeed this cast stand shoulders above the major shows playing in Sydney is THE ACTORS PLAY ALL THEIR OWN MUSIC!!

Sorry, I didn’t mean to shout. But, still, seriously, there are violins, guitars, mandolins, piano accordions, a drum kit, a cajón, an autoharp, a piano and even a saw… and they are all played by the cast.. no sheet music, no backup band, just the performers and their instruments.

On the walk home from the theatre, I could feel a warmth emanating from my soul in the cold Surry Hills street, all thanks to ONCE.

ONCE is playing at the Eternity Playhouse, Darlinghurst, Gadigal Country, until 18 July. If you are naughty and didn’t book tickets earlier in the review, grab them here!

Disclosure: The Plus Ones were invited guests of Darlinghurst Theatre Company.
Image credit: Robert Catto.

‘Come From Away’, The Must-See Musical of the Season