Infidelity and divorce usually aren’t great ingredients for a comedy, but Sydney Theatre Company’s production of Grand Horizons will have your sides hurting from laughter. Right from the curtain rise, the audience was snickering, which very quickly grew into all-out guffawing. 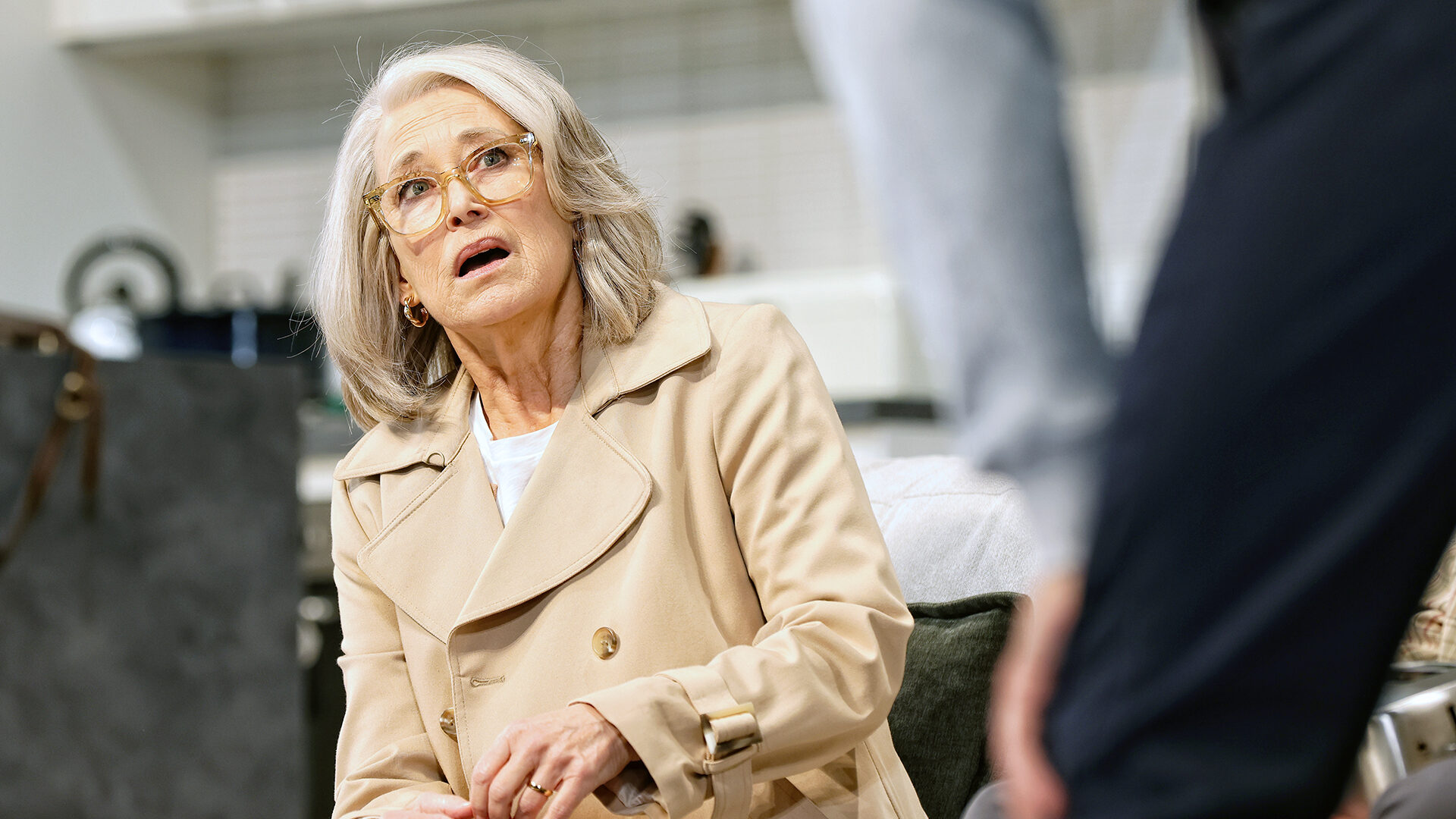 The premise of the play is pretty simple. After celebrating 50 years of marriage, Nancy and Bill are over, and their adult kids aren’t happy about it. As the story unfolds, we find out that their seemingly average marriage has lots of its own secrets. While this show has you laughing throughout, it leaves you thinking about what life is all about and explores how one’s identity is more critical in the pursuit of happiness than we think.

Stalwarts of Australian Theatre, Linda Cropper (Nancy French) and John Bell (Bill French) flawlessly bring this old couple to life. How they manage to keep a straight face with some of the hilarious dialogue they deliver is beyond me. As the show progressed, I started to see more and more of my grandparents and how they used to interact in their 62-year marriage; the routine and familiarity that can only be accomplished after so much time together.

Johnny Nasser (Ben) plays a highly-strung lawyer, the eldest French son, and together with Zindi Okenyo (Jess), a heavily pregnant relationship therapist, provide heartwarming performances which explore a relatively new marriage and the struggles of living your own life while supporting your ageing parents.

Guy Simon (Brian) is sidesplittingly funny as he channels the other son, a flamboyant drama teacher who struggles to find joy in his life. Having been a gay drama teacher myself, I related to his excessive commitment to his students and his drive to include as many as possible in the school play. 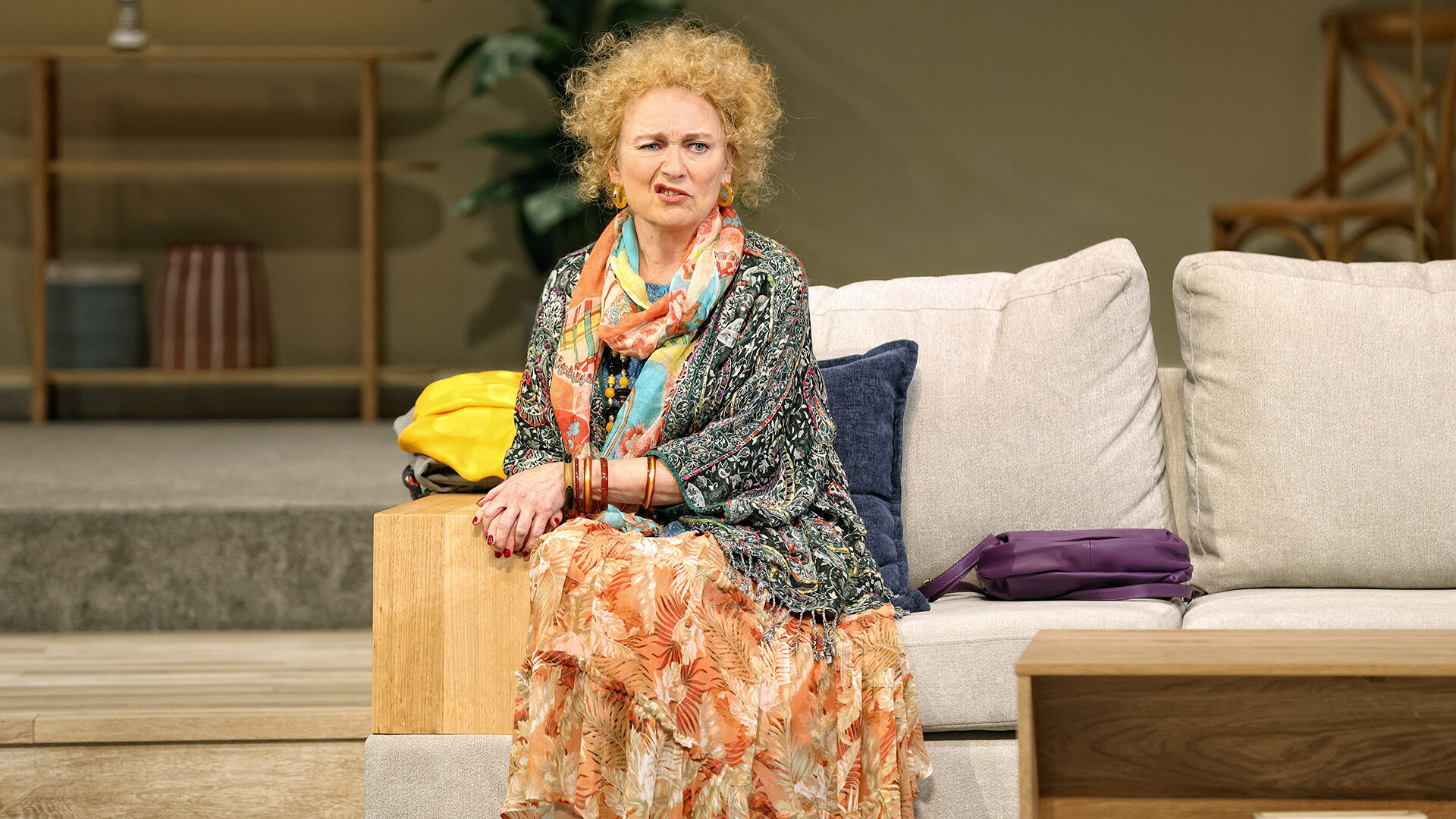 Cameos from Vanessa Downing (Carla) and James Majoos (Tommy) round out this phenomenal cast, bringing even more comedic moments to this already entertaining show.

Apart from this incredible cast, the show’s strengths lie in the adaptation and design for the Sydney Stage.

While the script was written with many American references, Director Jessica Arthur and her team have cleverly “Australianised” the dialogue, using Aussie references and icons to make this show more accessible for the Sydney audiences (think Vegemite and Budget trucks).

The Set (designed by Renée Mulder) perfectly replicates the simple and beige design of any assisted living community. The people sitting around me were sure they had been to this retirement village somewhere in Sydney.

Sydney Theatre Company has become synonymous with world-class productions, and Grand Horizons is the next jewel in their illustrious crown. Grab some friends and have the laugh we all deserve after the last 18 months.

Daniel Craig is a regular on the Sydney Arts scene after having lived, worked and performed in London. He has a long history with theatre, and when not dabbling in the arts (which rarely ever happens), he works in scientific research and loves to travel the world trying new gin. Follow him on all the socials @talldancraig

Grand Horizons runs for 2 hours 20 minutes and is playing at the Roslyn Packer Theatre until 3 July 2021. Tickets are available on the STC website. 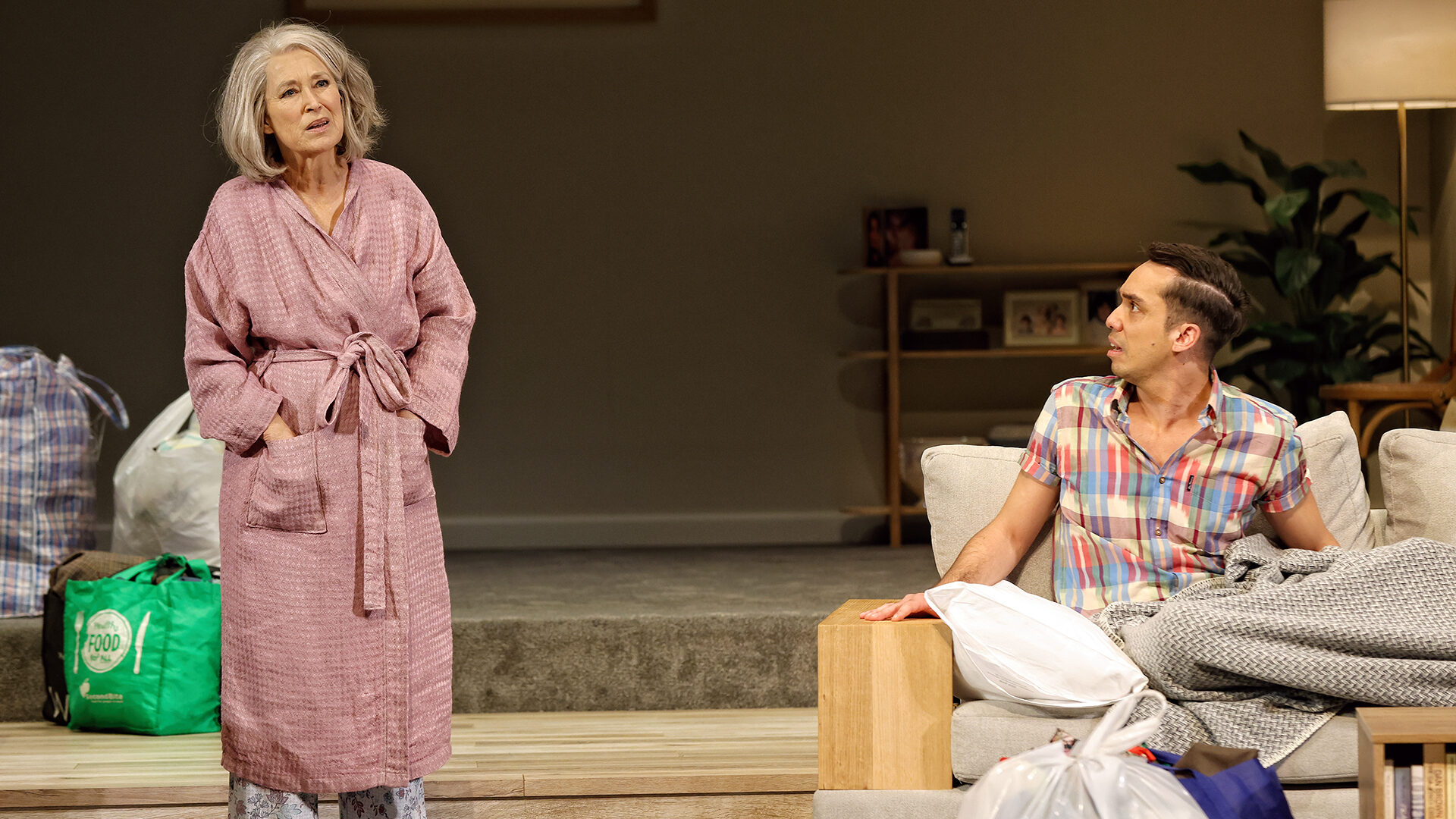 Disclosure: The Plus Ones were invited guests of Sydney Theatre Company.
Image credit: Prudence Upton.

‘Come From Away’, The Must-See Musical of the Season