The Sydney Opera House’s Joan Sutherland Theatre has finally reopened, after undergoing the most significant renovations since the Opera House opened in 1973. After nine months of homelessness, Opera Australia has opened the year in their shiny new home with an equally shiny new production. The Merry Widow, an enduring operatic favourite, is a fabulously opulent party, all glitz and glam. This sparkling rendition, in the vein of Baz Luhrmann’s Great Gatsby, opened in Sydney to extended applause and multiple curtain calls. 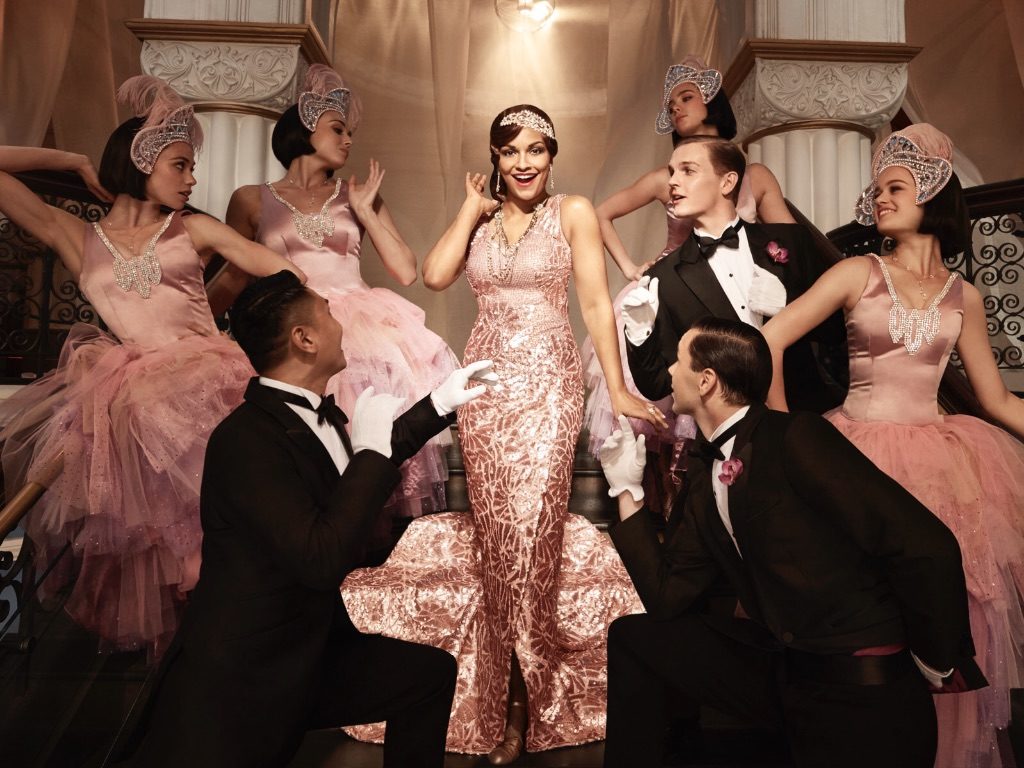 Franz Lehár’s operetta The Merry Widow premiered in Vienna in 1905. It was popular entertainment in its day and was considered particularly daring, with courtesans, amorous encounters and affairs aplenty. It is fitting then that Justin Fleming’s English translation of the libretto includes hot flashes of risqué 21st century idiom.

The production design is also audacious. The set and costumes are moved forward a couple of decades to the Roaring 20s. Everything is done on a grand scale and visually stunning. The set boasts monumental latticework screens, a Monet-esque garden setting complete with summerhouse, and a Parisian nightclub with an initially concealed staircase. The Art Deco era gowns are of sumptuous satin and glimmering sequins.

Directed by Australia’s premier choreographer and former Sydney Dance Company artistic director Graeme Murphy, it is a lively dance-packed score, reminiscent of a Broadway show. In the words of the leading lady, Danielle de Niese, this production is “an opera, a musical and a play rolled into one”. 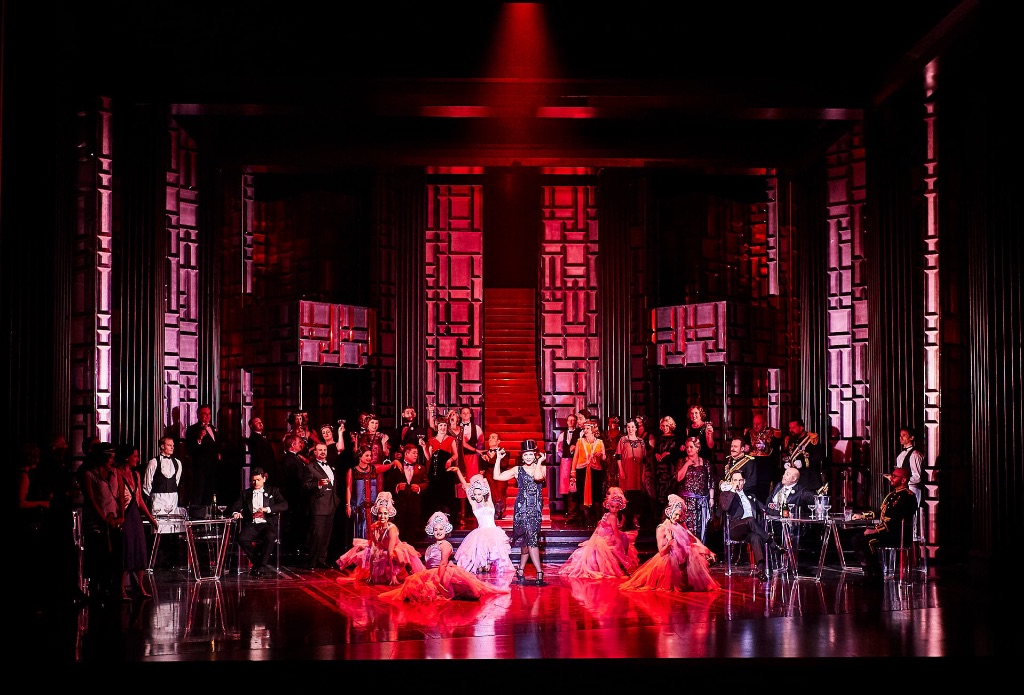 The action focuses on the bubbly, beautiful Hanna: newly wealthy, newly widowed, and suddenly the hottest catch in town. Inadvertent heiress of a city’s fortune after just eight days of marriage, she becomes the focus of the society set, who determine that she must wed a local, and soon, before any foreigner catches her gaze and takes her money out of the nearly bankrupt city. But she’s got a history with the man they’ve got in mind. While gold diggers clamour and the pair spars, so unfolds a comedy of temptation, intrigue and romance as light and frothy as a flute of champagne.

There is nothing substantial about the plot or the characterisation, but that is the nature of operetta. It is meant to be fun and frivolous, all beauty and bubble; like a dream, a beautiful dream. The considerable compositional techniques in Lehár’s music, however, are all too easily taken for granted. The score is so much more than memorable tunes and pretty waltzes, although several numbers do delight.

There is so much to listen out for, such as the sensual intimacy of the intertwining violin and cello duet, the subtle writing for woodwind, which does more than merely reinforce the strings, and the interesting harp line, which goes beyond its traditional arpeggio task. The melodic line is curvaceous and the orchestration intense and layered, rich in palette and velvety in texture. Under the baton of Vanessa Scammell, and in the newly enlarged orchestra pit, the sound that emerged from the Opera Australia Orchestra on opening night was sweet, deep and dynamic.

Australian-born, internationally acclaimed young soprano Danielle de Niese plays the beguiling widow. De Niese’s widow oozes vivacity and charm, putting the audience in a merry mood from curtain rise to curtain fall. Her on-stage versatility is second to none. As an actor, she brings range and depth to a typically rather two-dimensional character. As a singer, her voice cannot be faulted – powerful, silky, poignant and completely effortless. The ballad “Vilja” shows off her vocal prowess, though not to full extent. She’s an impressive dancer too, waltzing gracefully and delivering a creditable can-can, kicking as high as the chorus line of professional dancers. 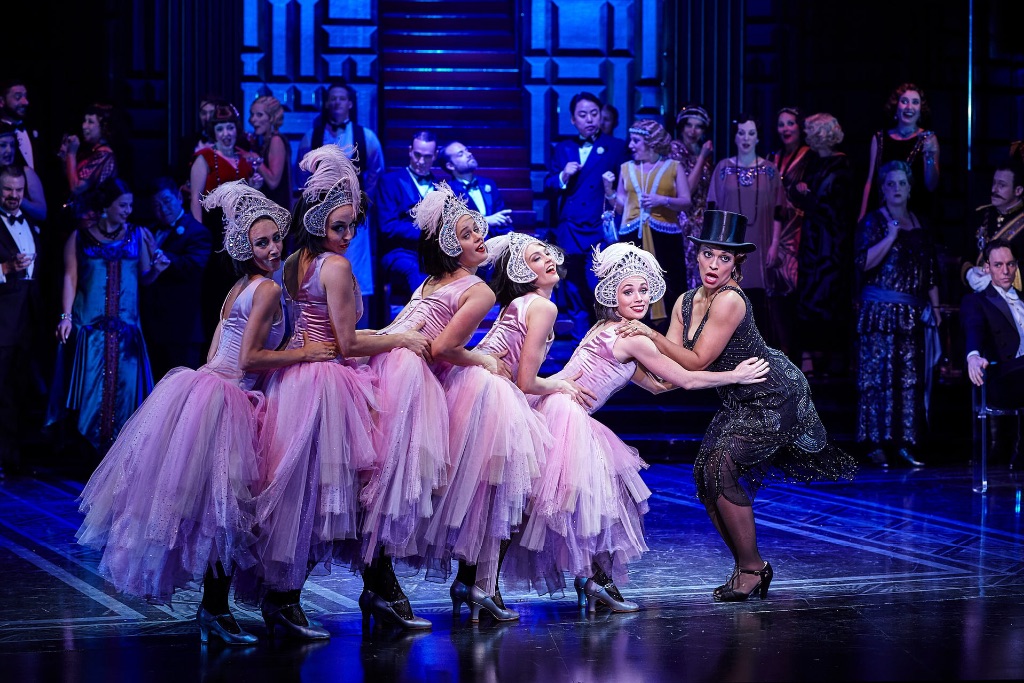 De Niese’s leading man, Alexander Lewis, another Australian thriving internationally, is a confident tenor of natural ease and lyrical warmth. Although his character Danilo is frankly annoying in his emotional density, that is just the way it was originally scripted and cannot really be altered. There’s genuine rapport between Lewis and De Niese, making their duets particularly delightful.

John Longmuir and Stacey Alleaume are vocally pleasing in their support roles as the sidebar lovers Camille and Valencienne. Longmuir’s honeyed tone is irresistible in their Act II duet at the summerhouse. Like Lewis, however, they are trapped by the plot’s limitations on their characters. Some of the lesser male roles are hammed up nicely – mentionably David Whitney as the foolish baron and Benjamin Rasheed as his right-hand man. The scene at the nightclub Maxim’s where Rasheed’s restrained character eventually lets loose is a highlight of the night and elicits much applause, as does the jolly comic lament about women. 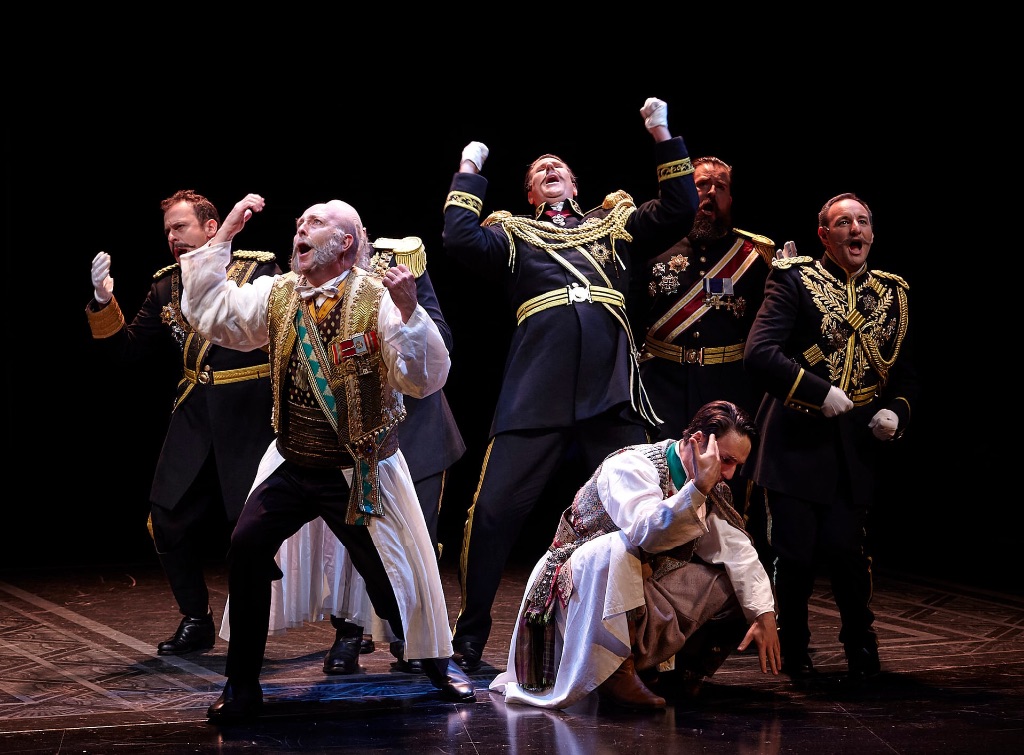 This is a light, fresh production of a popular and enduring operetta. It has wide appeal, even for those not into opera per se. Being completely translated into English and with a lot of spoken dialogue, rather than being entirely sung, it is easy to follow the story. Filled with incredible tunes you will be whistling long after you leave the theatre, impressive large-scale dance ensembles, and a spirited, captivating lead, it is a thoroughly entertaining experience and one not to be missed.

‘The Wizard of Oz’ – a most wonderful musical in Sydney