Andrew Lloyd Webber’s new production of The Wizard of Oz has finally arrived in Sydney. Walking the ‘Yellow Brick Road’ carpet at the star-studded gala Opening Night at the Capitol Theatre last night was a diverse host of celebrities, including Marcia Hines, Joel Creasey and Bronwyn Bishop. A standing ovation and hall full of streamers at the closing bows confirmed the praise lavished on the production by critics and audiences alike after its successful West End run and North America tour. 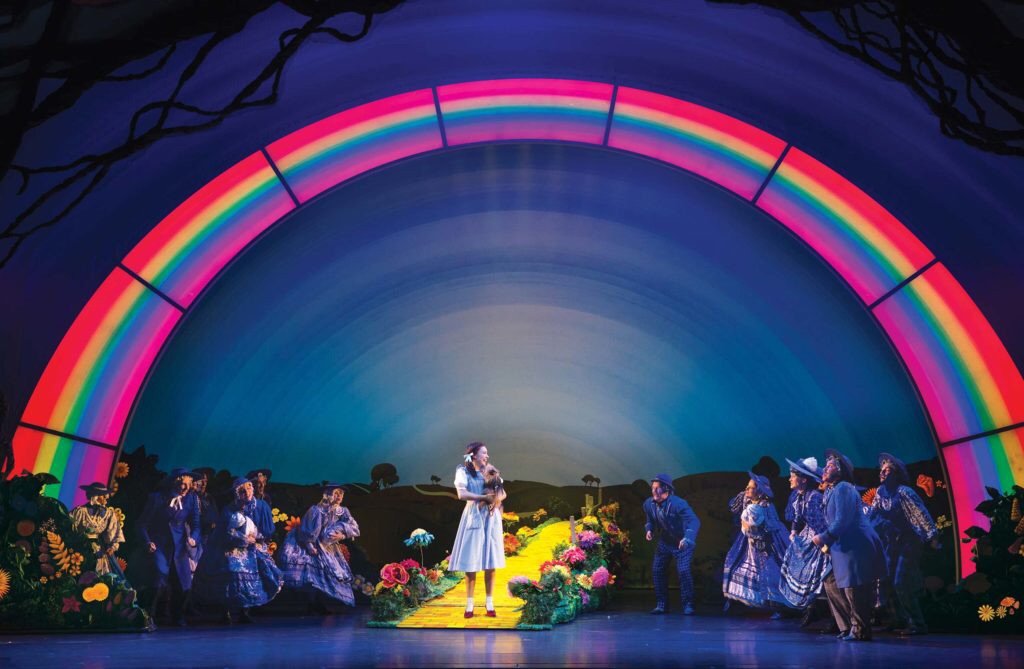 Developed from the ever-popular MGM screenplay, this production of The Wizard of Oz contains the beloved Harold Arlen and E.Y. Harburg songs from the Oscar-winning movie score, all the favorite characters and iconic moments, plus a few surprises along the way, including new songs by Tim Rice and Andrew Lloyd Webber.

It is a daunting task to take on adapting for stage a film which is so completely part of the public consciousness. Generations have grown up with the 1939 movie, but not one of the television or stage versions that have been attempted in the last 70 years have been able to recapture the original magic. Until now. 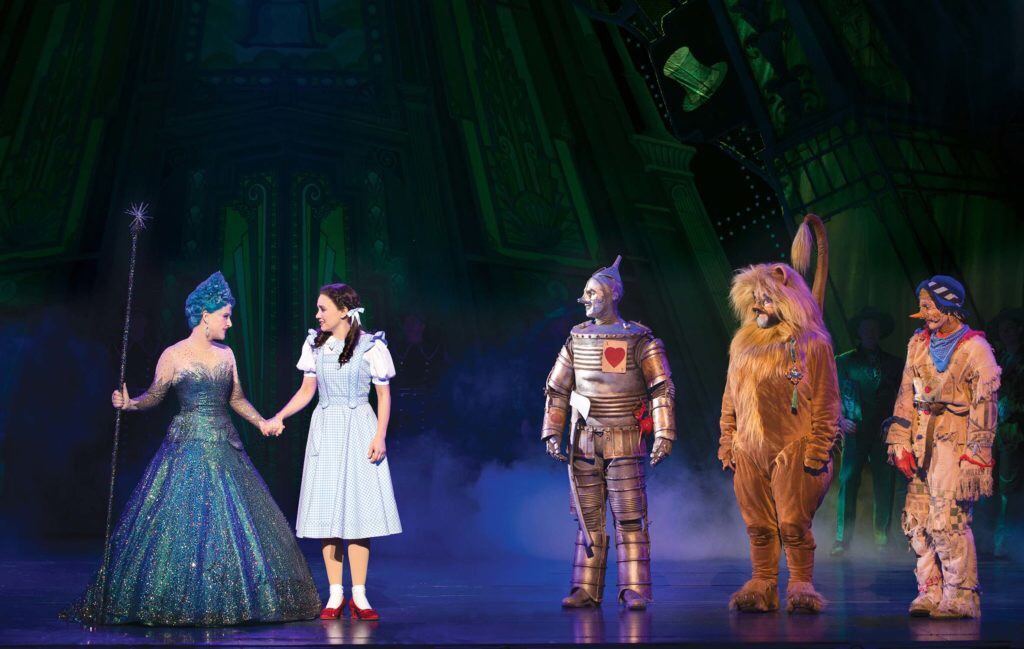 What works so well about this production is that it is not simply trying to take the film and put it on stage. The more faithful versions inevitably end up feeling trapped and staid. It is also not just trying to do something different or add in new material for the mere purpose of being able to say that it is “new”. Instead, it is a combination of the very familiar with the entirely new, and the result is natural and seamless.

This stellar production team deconstructed the story and found gaps in the hallowed Arlen/Harburg score that needed to be filled. For example, there were no songs for the witches or for the Wizard of Oz himself. Hence, Andrew Lloyd Webber and Tim Rice joined forces after 30 years to create new magic within the material. The additions they made make narrative sense, contribute to the flow of the score and truly are memorable and exciting.

It may be hard to believe, but the new songs actually rival the original numbers as crowd-pleasers. The song “Bring Me the Broomstick”, which the Wizard of Oz sings to Dorothy, Scarecrow, Tin Man and Lion inside his chamber at Emerald City at the end of Act One, is incredibly powerful. Likewise, the song “Red Shoes Blues”, sung by the Wicked Witch of the West in her castle in Scene two of Act Two, is deliciously dark, nasty and packed with personality. 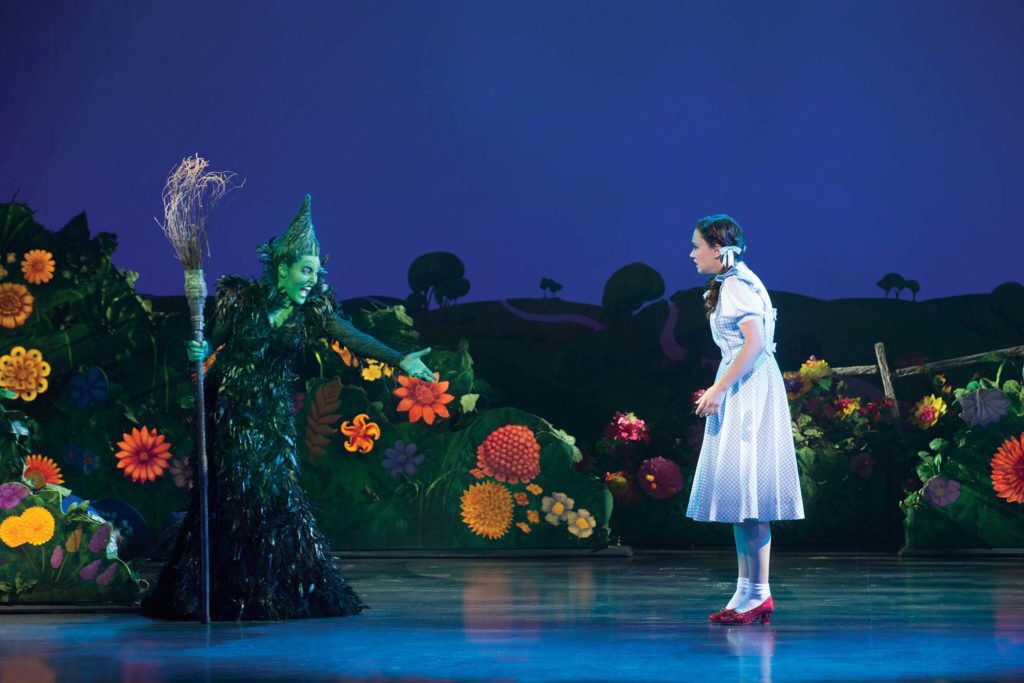 The set, lighting, sound and video projection are perfectly crafted and stunningly employed, almost 3D in effect, creating high impact in the twister and winged monkeys scenes. It is all so real, almost to the point of being too scary for little ones. 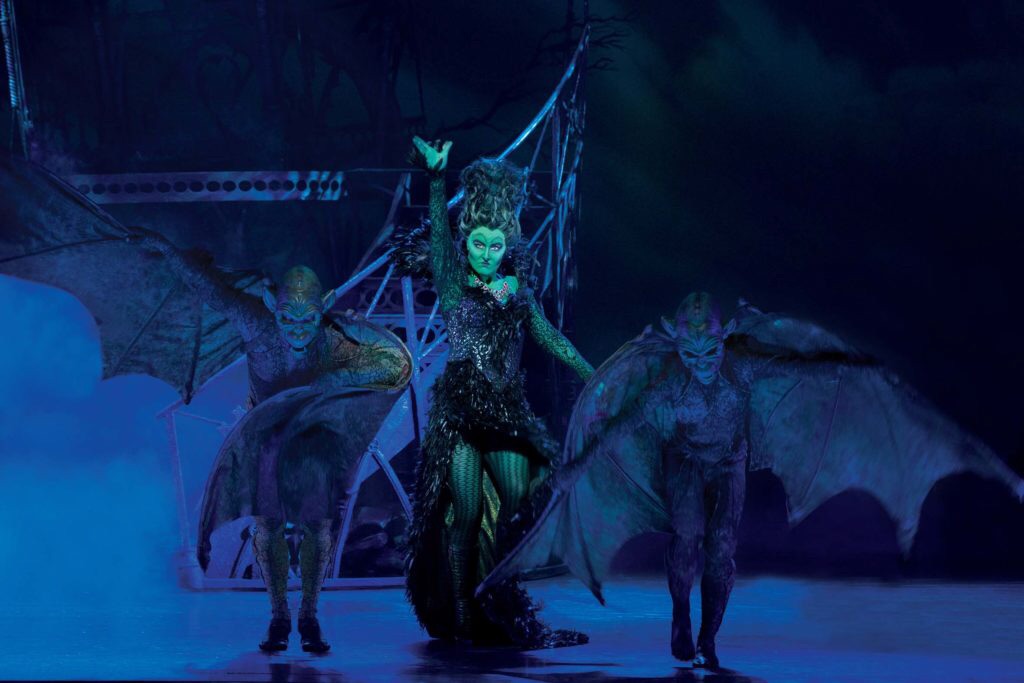 Leading The Wizard of Oz cast are Anthony Warlow as The Wizard and Professor Marvel, Lucy Durack as Glinda the Good Witch and Jemma Rix as The Wicked Witch of the West. Rix in particular shines with gleeful malignancy, having already embodied the character of the Wicked Witch of the West in Wicked to much acclaim. Rising star Samantha Dodemaide plays the coveted role of Dorothy, smashing her first leading role for six with her long-held high note in “Over the Rainbow”. Eli Cooper plays the role of Scarecrow, Alex Rathgeber plays Tin Man and John Xintavelonis plays Lion. All three are just as lovable as we remember. A first-class ensemble brings to life the munchkins and the winkies. And of course, the little Aussie terrier that plays Toto steals the show with his adorable obedience. 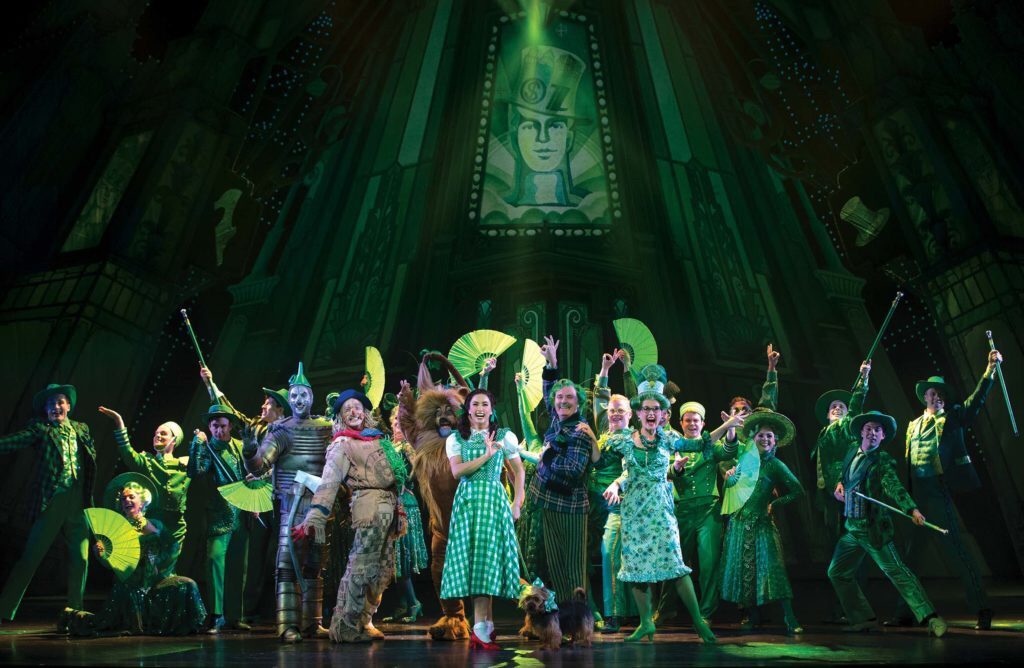 Majestic and magical, this is a night of nostalgia and rediscovery for adults and a thrilling treat for kids. With many performances already sold out and the season closing on February 4, Sydney audiences need to click their heels and get in quick if they want to be off to see the Wizard.

– Alicia
Alicia Tripp is the Theatre Specialist for The Plus Ones, reviewing the premiere concerts, symphonies, operas, ballets and stage shows in Sydney. She is a seasoned arts and music critic, as a former journalist for the ABC Limelight magazine and State of the Arts. She has a degree in Media & Communications, English and Music from the University of Sydney.

The Wizard of Oz shows at the Capitol Theatre until 4 February. Purchase tickets now. The venue is accessible.

Disclaimer: The Plus Ones were invited guests of The Gordon Frost Foundation.

‘The Merry Widow’ with Opera Australia