Nestled somewhere in the smoky grey area between circus, cabaret, and acrobatics, sits Limbo Unhinged. Despite having a cast you can count on no more than two hands, (including one-man musical powerhouse Sxip Shirey), the combined curriculum vitae is knee-tremblingly impressive. Each performer excels in a variety of disciplines. Many have produced their own shows and featured in world-class stage and television productions. The phrase ‘Cirque du Soleil’ pops up a number of times too. So you know the room is absolutely bursting with talent. 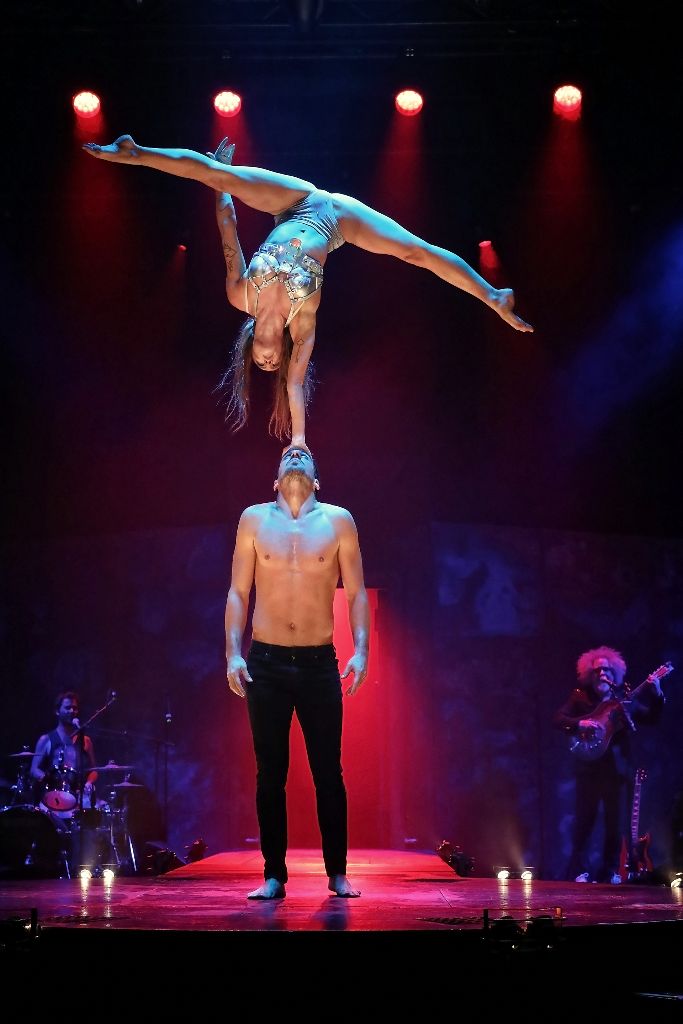 After a brief, explosive introductory number, Nicolas Jelmoni and Charlotte O’Sullivan took to the stage with some hand-to-hand acrobatics. At times sharply accented, at times smooth as caramel, their movements were accompanied by music played by other cast members as they crept through the audience. Heather Holliday was a standout. Pocket sized and oozing with attitude, I won’t tell you how many swords she can swallow, but her trademark combination of pin up girl sex appeal and cuteness will capture you. Remi Martin Lenz provided lively moments of comic relief, including a memorable double act combining mime, beatboxing, comedy, and pole work. Sxip Shirey, composer and musical director, provided the pulse for the production. Inhabiting a back corner of the stage for most (but not all) of the show, it’s worth tearing your eyes away from the acrobatics for a moment to savour his exuberant joy in the music. Keep an eye out for some of the odd instruments he picks up, including found objects, industrial flute, triple extended pennywhistle, and some absolutely rocking harmonica. 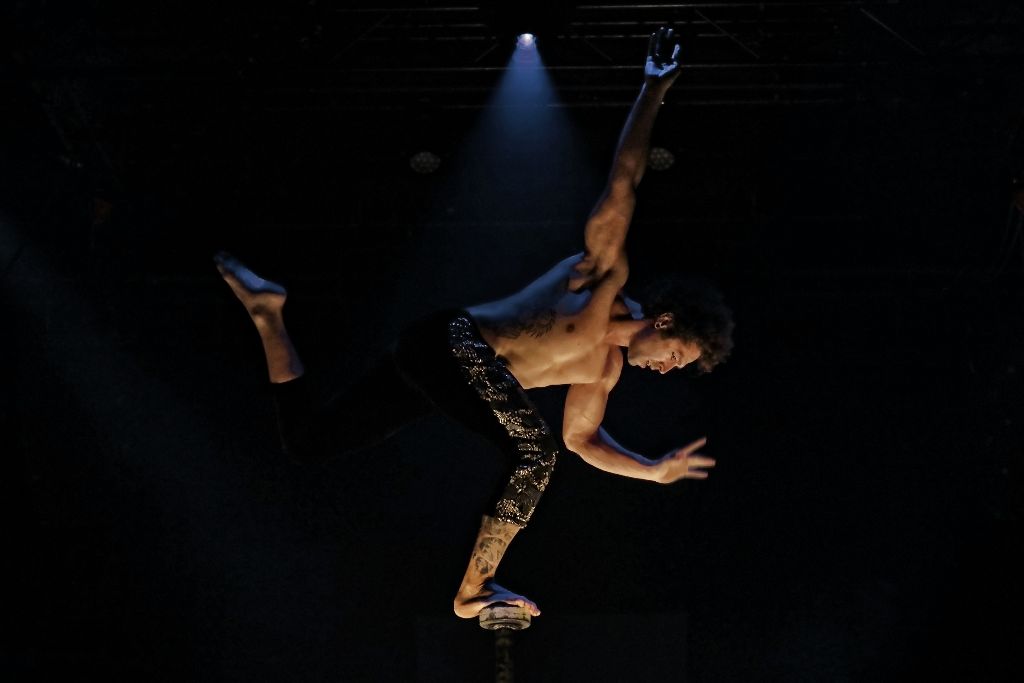 When the performers weren’t demonstrating the myriad ways they could be upside down, they were picking up instruments to help accompany. There were even a few musical numbers demonstrating how truly multitalented the cast members are.

Limbo Unhinged is a dark, smokey production which pulsates with excitement. Do yourself a favour and immerse yourself into their world for the 70 odd minutes.

– Liv
Liv S. is a creature of warm weather and negronis. Her interests include circus shows, trying new things, and triple utterances. Follow her frolics on @callmememphisjones.

Limbo Unhinged has won multiple awards and sold out its premier season at Adelaide Fringe Festival 2013. You have until 3rd of March to catch it this time round at the Sydney Opera House.

Disclaimer: The Plus Ones were invited guests of Sydney Opera House.
Image Credit: Prudence Upton.

‘The Merry Widow’ with Opera Australia