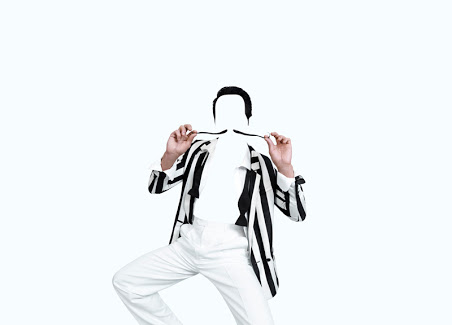 If Rossini were alive today he would surely be thrilled rather than insulted, as some have suggested, to know that his magnum opus, The Barber of Seville, is inextricably linked in the minds of modern audience members with Bugs Bunny. Back in 1950, Looney Toones picked Rossini’s score to set ‘The Rabbit of Seville’, one of their most memorable episodes, which has Bugs and Elmer Fudd duking it out with axes and canons after a close shave in a barber shop. The spirit of the cartoon is at one with the spirit of the original opera, which was, after all, written as a comedy. Indeed, you could go so far as to call Rossini the Warner Brothers of the 19th century.

In post-Napoleonic Europe, opera audiences were not drawn to anything sad, serious, or too close to the horrors of reality. In fact, in the early 1800s, Rossini was far more popular than his much-revered musical contemporary Beethoven, delighting audiences with light, fun, witty ‘opera buffa’, or comic opera, of which The Barber of Seville is the perfect example. The drama winds through the interesting twists and turns of disguise, intrigue, misunderstandings, digressions and obstacles, to arrive at a thoroughly happy ending, all likeable characters being rewarded with either love or riches, and even the unlikeable characters not punished too severely.

The current cast are brilliant, bringing real life and personality to the characters. Paolo Bordogna is the ultimate eponymous hero, the enterprising barber, Figaro. Being Italian, he flawlessly pronounces and articulates the libretto at Rossini’s consistently insane prestissimo tempo, even in the tongue-twisting patter of repeated nonsense syllables in the compound metre of 6/8 that make up his famous entrance cavatina, ‘Largo al Factorium’. His vocal tone is a bold and rich baritone, clear and focused at the top, but he doesn’t just sing, he really acts through his voice. You can hear the humour, the cheekiness, the charm, and this, married with his dynamic on-stage presence, winning smile and energetic physical performance makes him the real stand-out of the night. Which is, of course, as it should be. 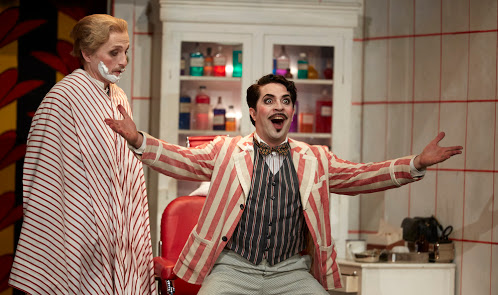 Anna Dowsley is perfectly cast in the lead female role of resourceful red-head, Rosina. Her acting is spicy, spunky and savvy, capturing the dreamy and yet fiercely independent spirit of her character. She is quite the opposite build to most leading ladies of opera, which lends itself to a more youthful, lively, springy physicality in her acting, and which does not at all come at the expense of vocal power or stamina. The mezzo soprano is fully capable of all the fast runs and sudden turns that Rossini scripted for Rosina and showcases these brilliantly in her opening cavatina. Her top notes are all secure and her tone rounded and well-shaped, with a subtlety of expression beyond her years. 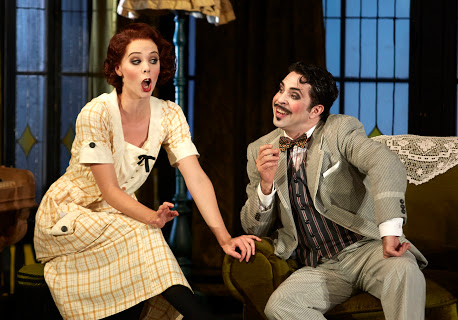 American tenor Kenneth Tarver, in his role as the besotted Count Almaviva, woos both Rosina and the audience into ‘bel canto’ heaven with his booming but beautiful voice, delivering the tricky, highly decorative flourishes faultlessly. His acting is not as captivating and complex as some of the other lead roles, however, despite the fact that he has such scope for variety, being on stage in two different disguises, which could possibly mean three distinct characterisations.

A nice surprise is the quality of both the vocal and physical performance of Warwick Fyfe as Dr Bartolo, Rosina’s jealous guardian-jailer. This is a character which is usually presented as a bit of a monochromatic clown, and is typically played by an ageing ‘buffo’. In this production, costuming and make-up transforms a much younger singer into the old doctor, allowing the role to be sung and acted with vigor, in spite of the feigned fragility, and the result is genuinely funny.

The Australian Opera and Ballet Orchestra is always spectacular, and in The Barber of Seville they really have a chance to shine, as the Overture, the most famous section of the music, the part of the score commandeered by Bugs Bunny, is played by the orchestra alone, before the curtain rises. This also gives the audience an opportunity to appreciate the innovative work of the Conductor, which could be a show in itself. Maestro Andrea Molino boisterously bops and bounces and boils up the storms that characterise Rossini’s music.

Michael Yeargan’s oversized dolls house set is spectacular, with two floors joined by a grand staircase, which the cast get constantly hustled and bustled up and down. There are six individual rooms and eight doors, the opening, closing, and slamming of which add percussive notes to the music and bring so many entrances and exits that the physical movement of the bodies on stage drives the already fast tempo to the point of frenzy.

Elijah Moshinsky’s 1995 production for Opera Australia, remounted by revival director Hugh Halliday, updates the action to the 1920s, the dapper costumes, white face foundation and kohl around the eyes conjuring up the silent-film era.

Despite being a 21-year-old production of a 200-year-old opera, based on a 240-year-old play, this Barber of Seville is surprisingly fresh and sharp. There is nothing tired or recycled about it. It is genuinely, laugh-out-loud funny, the way Rossini intended. Even if you’ve seen The Barber of Seville several times before, you will laugh anew this time around, likely at different gags. Opera virgins, however, should be warned that if this is to be their first experience of opera, the 2 hour and 50 minute duration may feel like a very long time, especially as the famous ‘toones’ are all over in the first act and do not return as threading melodic themes.