Perhaps you would be surprised to know that the most popular opera song of all time is not an impressive tenor aria, or a window-cracking soprano solo, or even a romantic tenor-soprano love duet, but in fact a tenor-baritone duet. That’s right, two men. 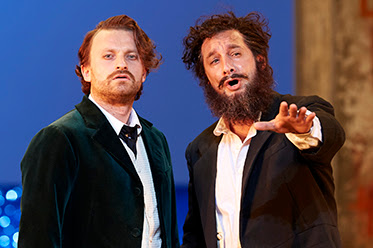 In 2005-6, ABC Classic FM conducted a poll of the best-loved moments in all opera and the male duet ‘Au fond du temple saint’ from Bizet’s The Pearlfishers topped the chart, beating opera heavyweights Verdi, Wagner, Puccini and Mozart. The piece was showcased and celebrated in Peter Weir’s 1981 film Gallipoli, when it was broadcast from a gramophone in a tent at one of the Australian camps and heard by the soldiers in the trenches. Hearing it on the radio or in a film can be moving, but to witness it performed live is to experience sheer beauty in the flesh.

In Opera Australia’s new production of The Pearlfishers, directed by Michael Gow, the famous duet is performed with all the passion and strength it deserves. Two old friends, Nadir and Zurga, are in love with the same woman, Leila, and earnestly vow not to allow her to come between them. The tremendous lyrical outpouring of the two men is powerful, with words such as “united until death” expressed in passionate, sweet, harmonious music, their voices moving in parallel motion, echoing each other’s melodies and passing the musical phrases from one to the other. This is the musical tone, grammar and syntax of two lovers addressing each other. Whether there is an erotic note to their friendship or not, Bizet does not clarify, and in his interpretation of the text, Gow also leaves the matter ambiguous. But the intensity of the friendship, captured in the arresting, memorable tune, is certainly foregrounded in such a way that it overpowers the love duet between Nadir and Leila. In opera, this is atypical, singular in fact, but it works so well that composers should have done it more often. The depth, strength and richness of the two synchronised male voices stir the soul. 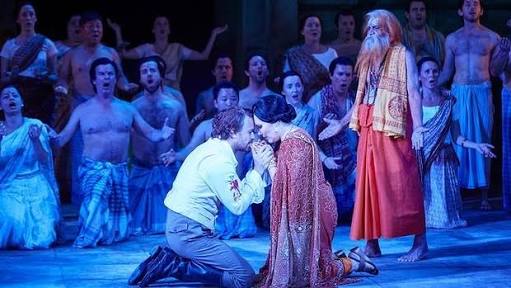 Aside from this exquisite and original duet, The Pearlfishers has many other moments of musical beauty, and the work as a whole is a masterpiece. Set in a paradisaic pearl-fishing village in Ceylon, now Sri Lanka, the audience is transported to an exotic, colourful realm far removed from everyday life, thus providing the escapist pleasure that was an important factor in a trip to the theatre in 1860s Paris, when Bizet was writing, and still is today. One significant change that Director Gow has made, without altering a word of the libretto or a note of the music, is that he has made three male principals European. Bringing Imperialists into the superstitious Hindu world is a successful modification of context which sharpens the individual characters and provides stronger motivation for their personal battles, without necessarily making any political statement or judgement. 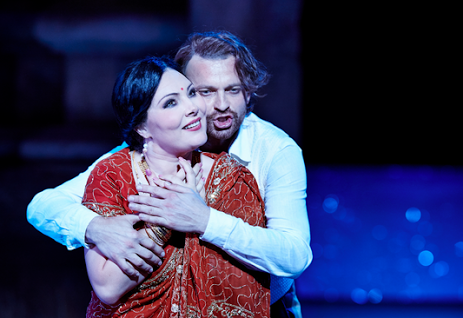 There is still time to go see Opera Australia’s new production of The Pearlfishers. It is showing at Sydney Opera House until 12 March 2016. If statistics are anything to go by, this will likely become your new favourite opera.
– Alicia Tripp

The Hateful 8: Tarantino´s Special 70mm Cut at The Orpheum