Hidden away in a tiny theatre inside the Kings Cross Hotel, an extremely talented cast is staging one of the best plays I have seen this side of the Pacific. Yellow Face written by David Henry Hwang and produced by Dinosaurus Productions explores his life… well sort of, and reveals that even the Arts aren’t safe from racism. 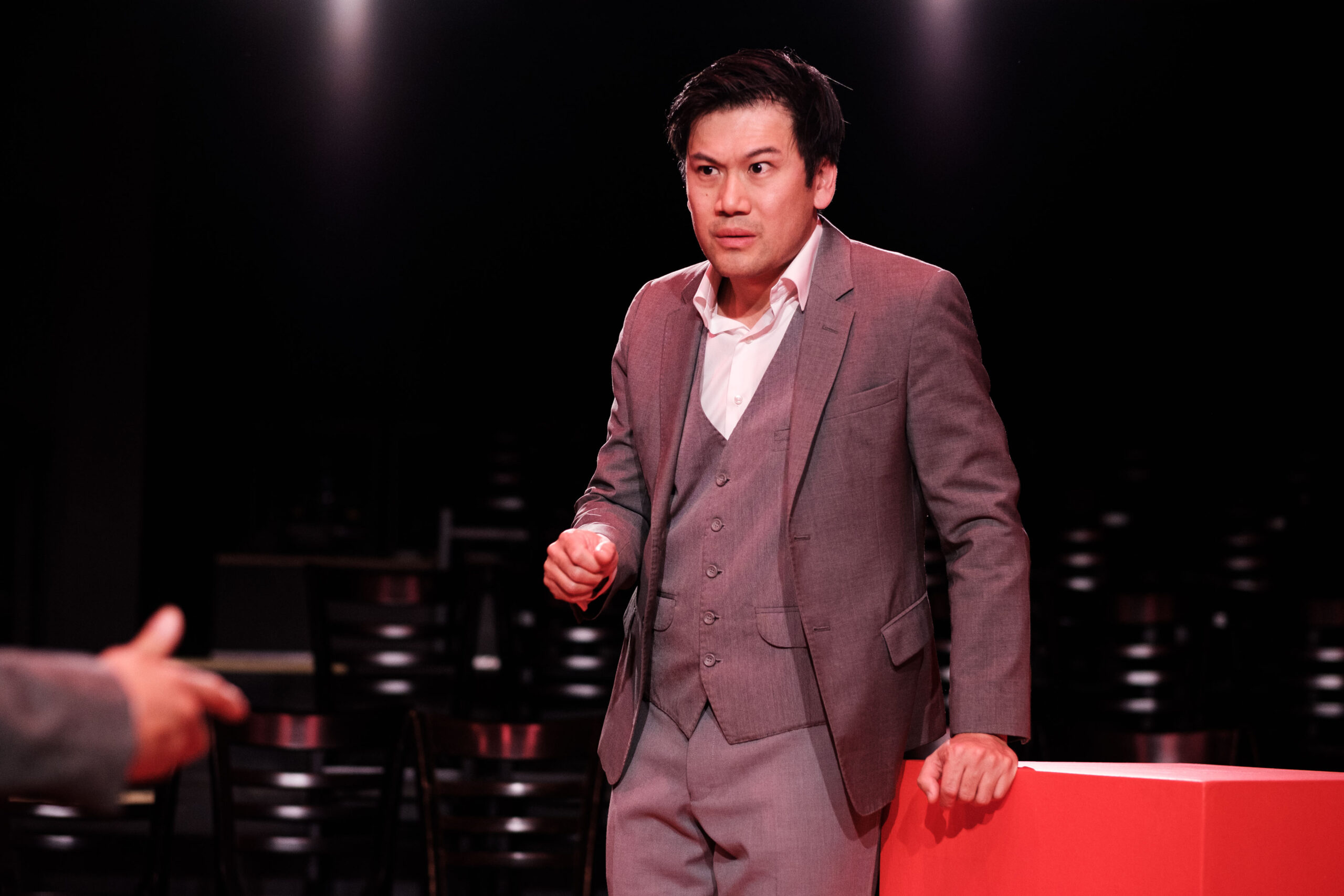 In this semi-biographical script, Hwang writes himself as the lead character who is shocked at the casting of English actor Jonathan Pryce in the Broadway transfer of Miss Saigon. In response, he decides to write a play, Face Value, about the experience. This is where the plot enters the space between reality and imagination, with real-life stories mixing with fictional characters. This cleverly devised multi-character, often verbatim scripted work delves deep into American racism and the fight for/against assimilation. While Australian audiences may feel that the staging of another American play might be out of touch, you only have to reflect on the current Sydney theatre scene where theatre companies staging Miss Saigon and The King and I are doing so with non-Asian actors. Unfortunately, the themes of Yellow Face are more part of our present than our past.

This small cast of seven actors has such incredible synergy that each character and scene is so seamlessly integrated that it’s difficult to draw out the highlights. 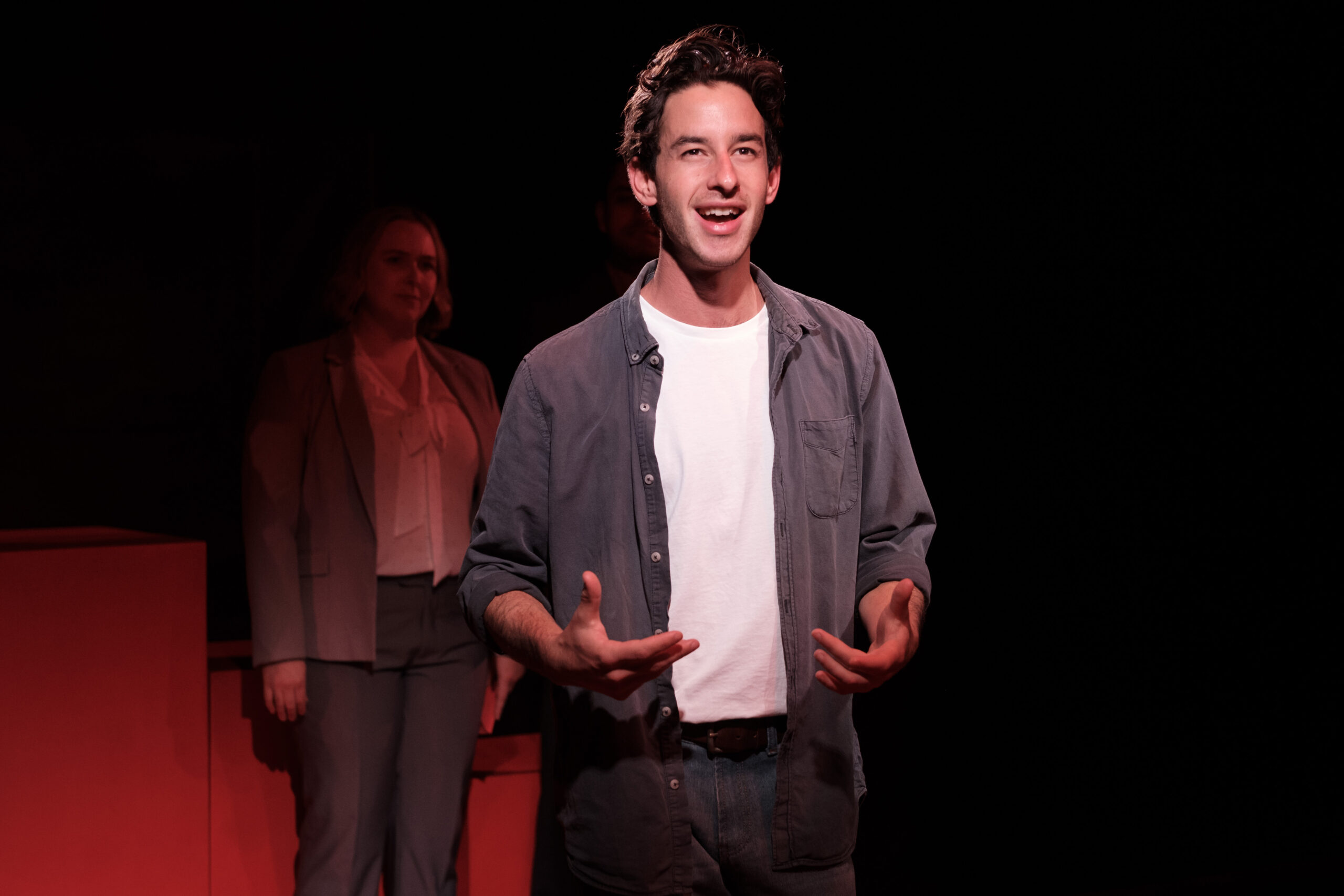 Shan-Ree Tan (David Henry Hwang) effortlessly moves between scenes delivering the narration as though he’s telling the story for the very first time.

Adam Marks (Marcus G. Dahlman) portrays his character’s naive and playful persona which makes you question whether or not he understands the implications of his ethnicity.

These two powerhouse performers are supported by the strongest cast I’ve seen in independent Theatre. Jonathan Chan (HYH and others), Helen Kim (Leah Anne Cho and others), Kian Pitman (The Announcer and Name Withheld On Advice of Counsel), and Idam Sondhi (Stuart Ostrow and others) all stay true to their main character while alternating between the numerous other real-life senators, school students, reporters, and personalities they play. Special mention goes to Whitney Richards (Jane Krakowski and others), who nails the accents of each character and, if you close your eyes, convinces you that Jane Krakowski is actually in the room. 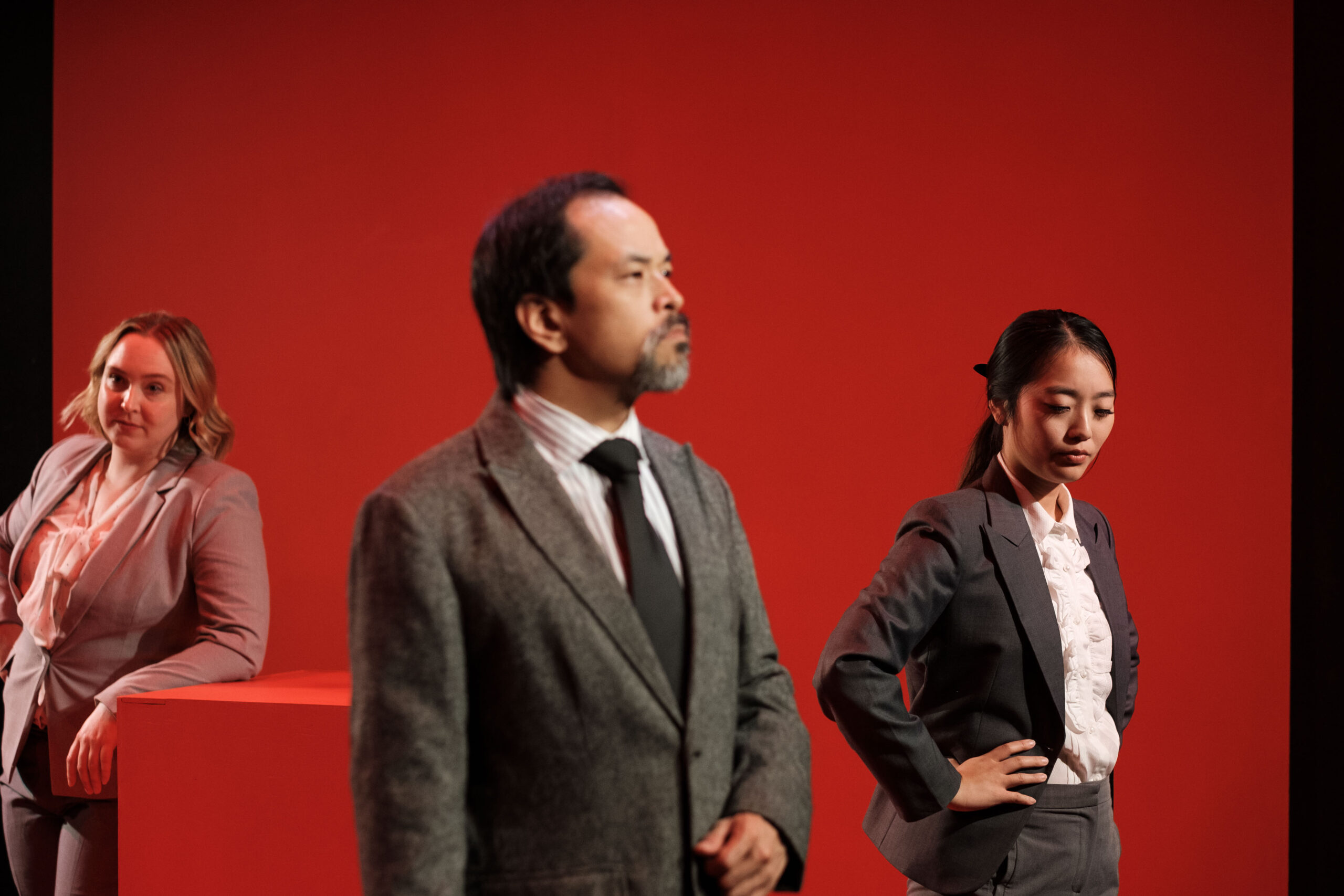 All of this would not be possible without the almost choreographed direction of the incredible Tasnim Hossain. With the use of the incredibly simple set and a very small runway space, Hossain has managed to draw out the very best of each of her performers and shape an incredibly enjoyable, funny but hard-hitting exposé on racism in the arts.

It’s no secret that I’m a huge supporter of independent Theatre and with shows like Yellow Face, it’s not hard to be. This show deserves much more playtime than what is scheduled, and I hope that some of the other spaces in Sydney and across Australia give it the season it deserves.

Yellow Face is now at the Kings Cross Theatre (KXT) until 8 May. It runs for two hours with a 15 min interval. Grab your ticket to this brilliant production before it sells out.

Disclosure: The Plus Ones were invited guests of Dinosaurus Productions.
Image credit: Clare Hawley.

‘Battle of the Tarts’ at Silly Tart Kitchen