Potts Point cafe Silly Tart Kitchen takes guests back in time with their dinner theatre show ‘Battle of the Tarts’. Learn about the Madams who turned Darlinghurst into ‘Razorhurst’: the infamous, the wicked, the best of the best. We’re talking, of course, about Kate Leigh and Tilly Devine.

Running monthly on a Saturday night, this brand-new performance transforms Silly Tart into an immersive theatre experience — complete with food, drinks, and a roaming troupe of actors whose performances will leave you spell-bound. 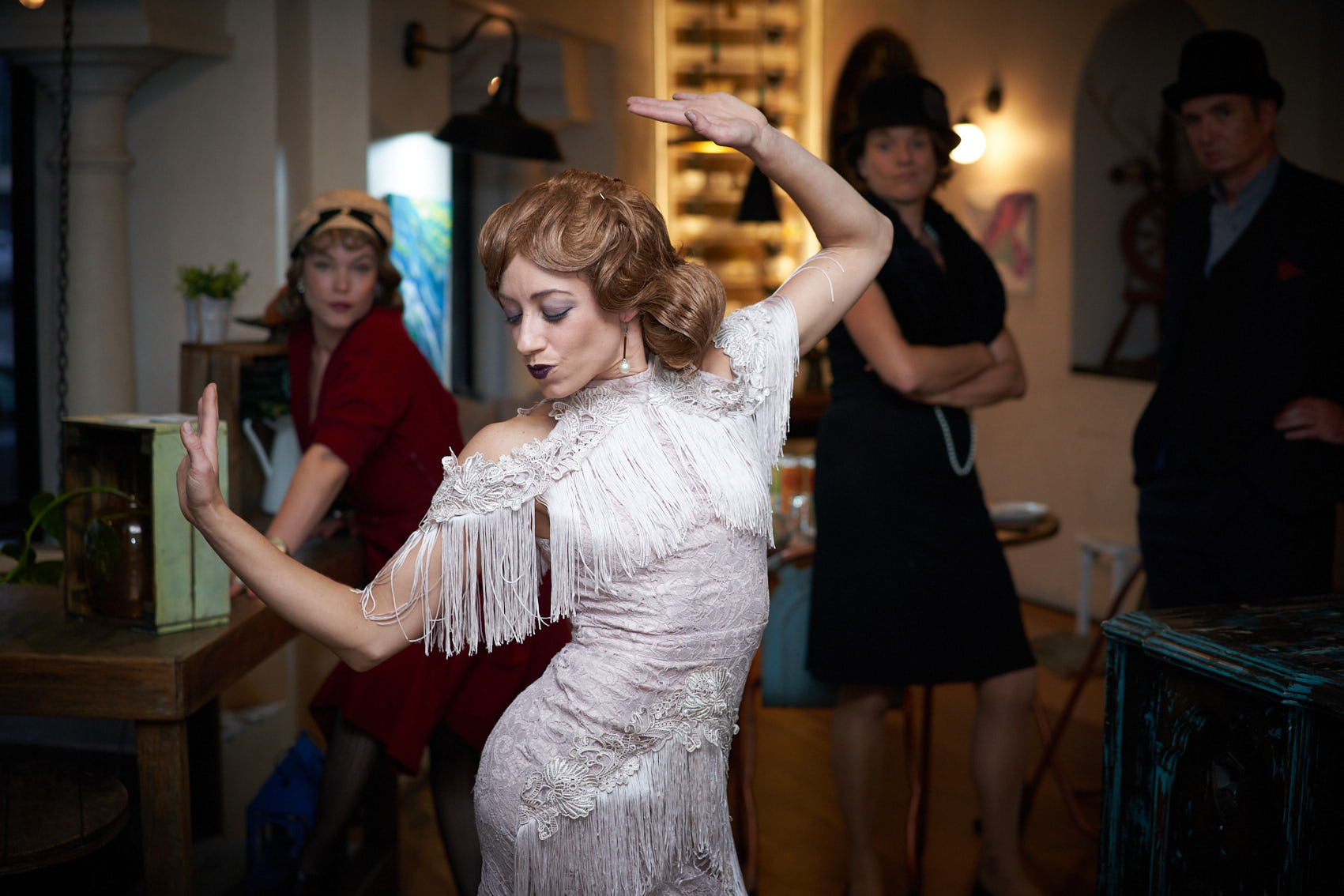 From the second the show starts, you’re transported back to the 1920s — a time when crime was rife, and two women who hated each other ruled the roost. Drugs, alcohol, prostitution, gambling, extortion: the show touches on it all. I’ll admit to having only a passing knowledge of Tilly Devine and Kate Leigh (since as a former Melburnian, I’m all about Madame Brussels). By the end of the night, though, you’ll be an expert in what made each woman tick — and why and how they did what they did for so long.

It’s not just the doyennes. There’s also Nellie Cameron, ‘Sydney’s most expensive sex worker’, and Snowy Mackenzie, whose will sell you the good stuff. With song, dances, and some nifty magic (which we’re big fans of at The Plus Ones), they ensure there’s never a dull moment.

The set design of the show is so clever. Doors open and close, actors parade throughout the room and shout to each other in hallways. The pitch-perfect troupe take turns, first performing to one half of the room (shut off with glass doors and curtains), then doing it again for the other group of attendees after intermission. Catching glimpses through the doors of what’s to come in Act Two adds to the fun of the night. 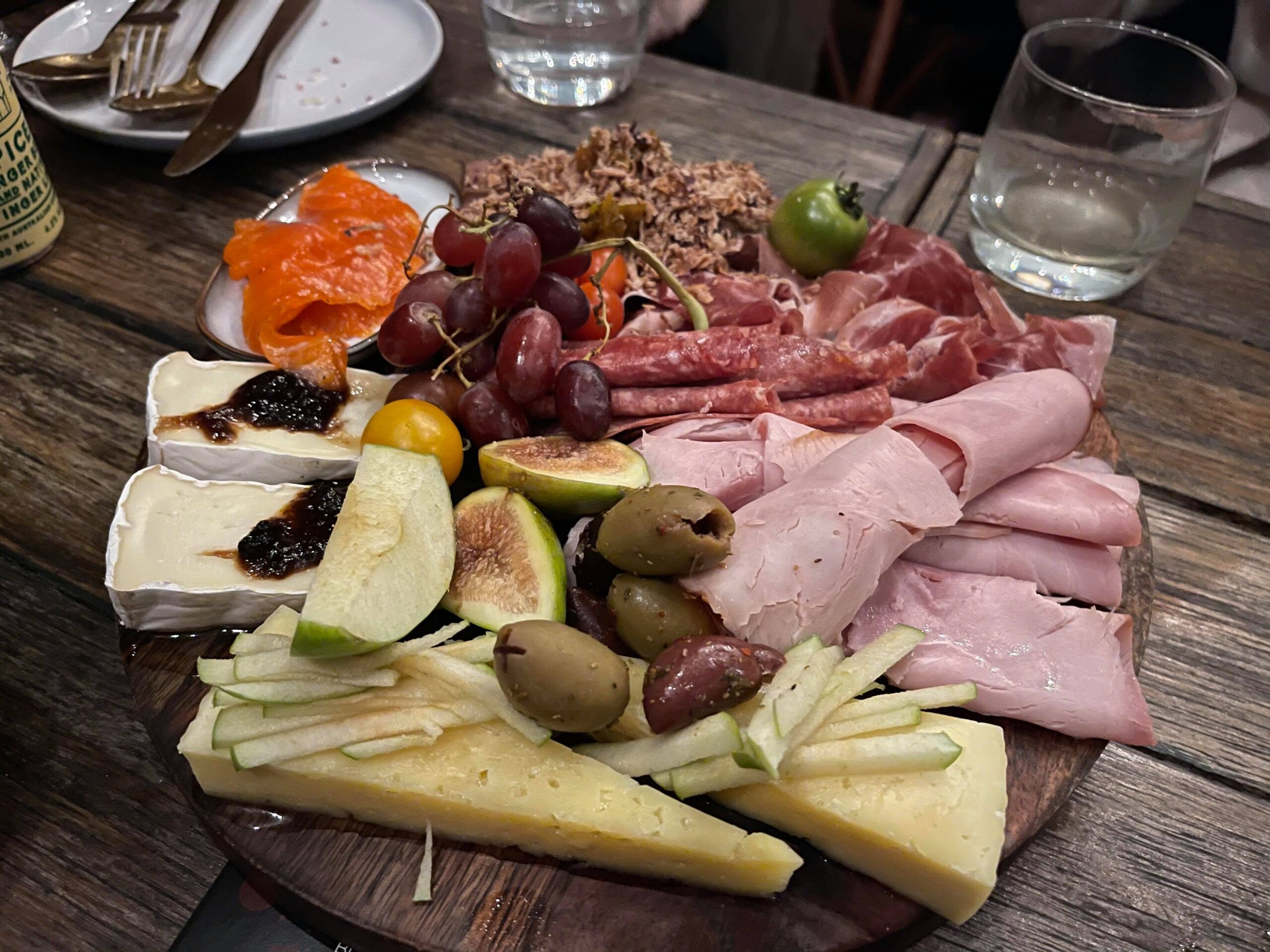 ‘Stuff your face on our shared grazing boards’, the Silly Tart website proclaims — and they weren’t kidding. When we first arrived at 7pm (the show begins at 7.30pm sharp), we asked if we’d be able to order some snacks. No need, we were told — and how right the waitstaff were. Starting off with spiced popcorn and period-perfect salt & vinegar potato scallops, our appetites were sated until the main course. A veritable smorgasbord of cheeses, cured meats, house pickles, hummus and toasted flatbreads took pride of place on our table. Best of all, the staff caters to dietary restrictions, and even went the extra mile with a separate extra dish for the vegetarian in our party.

Drinks-wise, guests are served complimentary Brix Distillers tinnies on arrival (from our favourite Surry Hills craft rum distillery). The Brix Spiced Ginger Beer & Native Lime and the Brix Spiced Blood Orange were both hits with our table. Additional drinks can be ordered throughout the evening by the attentive staff, adorably outfitted in period-perfect suspenders. 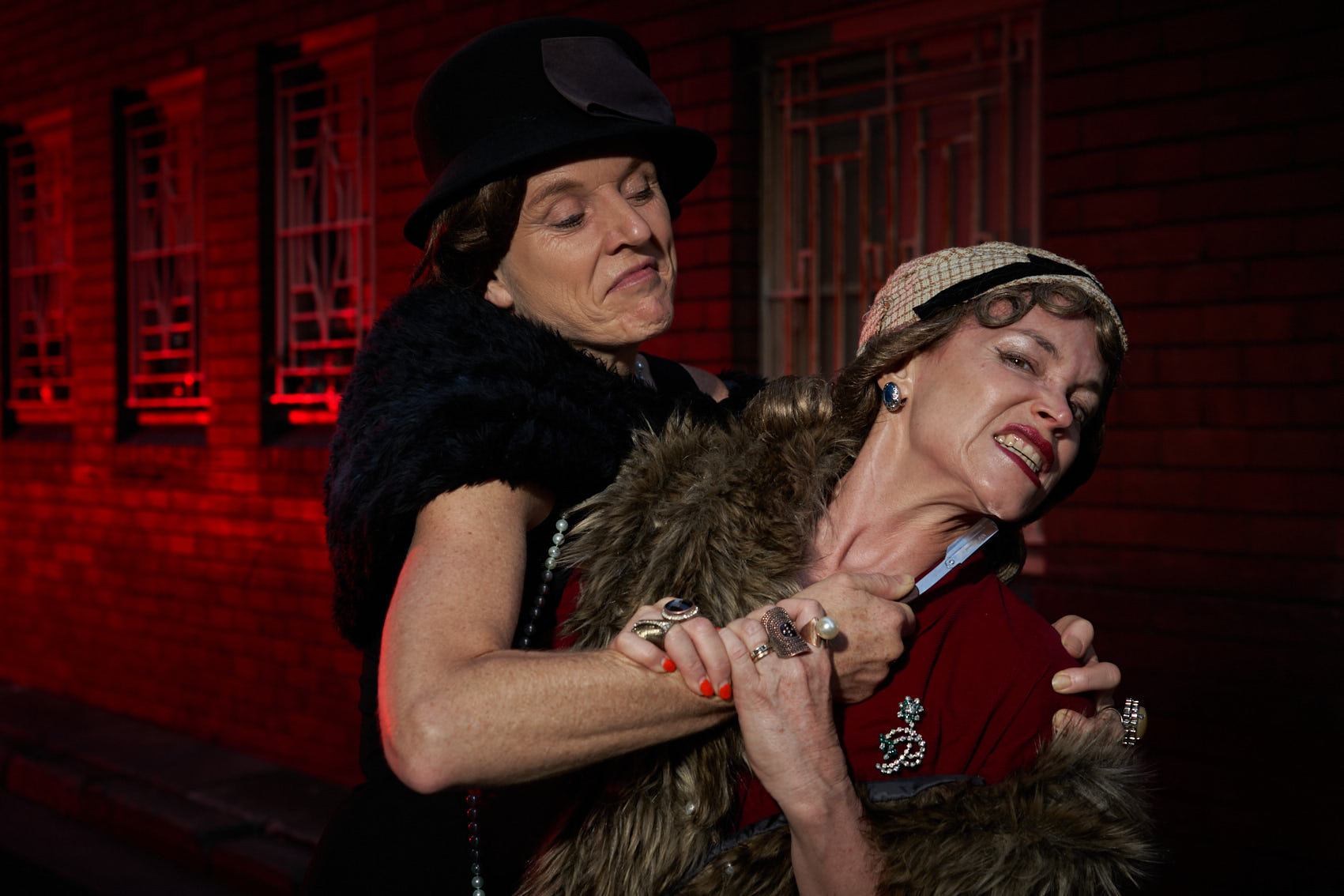 It’s incredibly fun to see juicy, meaty, scenery-chewing roles for ‘women of a certain age’ in the theatre. Both Liesel Badorrek as Tilly Divine and Vashti Hughes as Kate Leigh are equally matched as performers, keeping audiences spellbound throughout. If the real-life Tilly and Kate were half as interesting as these actresses make them out to be, no wonder Sydney is still talking about them a century on.

‘The Battle of the Tarts’ is exactly the unique, fun, and inventive event that Sydney needs more of. Make sure to get along to one of the next performances — which will hopefully stretch long into the future!

– Theresa
Co-founder of The Plus Ones, Theresa loves history, theatre, and events that combine the two. Follow her on her Instagram.

‘The Battle of the Tarts’ runs the last Saturday of the month, 6.30pm-10pm, at Silly Tart Kitchen (Kellett St, Potts Point). Buy tickets now.
The venue is accessible.

Why You Should Launch an Online T-Shirt Business