Fan of the hit Australian tv show Miss Fisher’s Murder Mystery have been waiting years for this moment: a full-length feature film. The new movie Miss Fisher and the Crypt of Tears takes fans of the The Honorable Phryne Fisher on a rollicking journey in 1929 — from Melbourne to Israel to London.

The Plus Ones were lucky to be some of the hundreds of Miss Fisher fans at the sold-out Sydney premiere at the Orpheum in Cremorne. The best part: the film’s stars Essie Davis (The Honorable Phryne Fisher) and Nathan Page (Detective Inspector Jack Robinson) were on hand for the festivities. 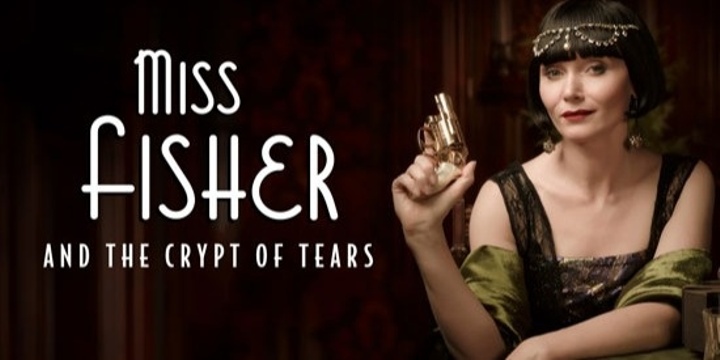 With the dress code of ‘1920s glam’, over half the audience dressed in their finest Phryne-esque outfits. Feathers, sequins, pearls, hats and suspenders — hardcore fans were thrilled to be some of the first in the nation to view the new film, and they showed it in their sartorial choices. It all added to the excitement of having some of the Australian film industry on hand in the same room.

I was thrilled to be steps away from Hugo Johnstone-Burt (Constable Hugh Collins, assistant to Jack Robinson). After the film, I couldn’t restrain myself from telling John Waters (playing Professor Linnaeus in the film, and known for his role as Darcy Proudman in Offspring) what a great job he did. One phrase: ‘slow boat’. The best part was when my +1 (standup comic Te Rina Taite) and I asked the fellows sitting behind us in the theatre to take our photo. They just so happened to be the cinematographers for the entire television show and the film! 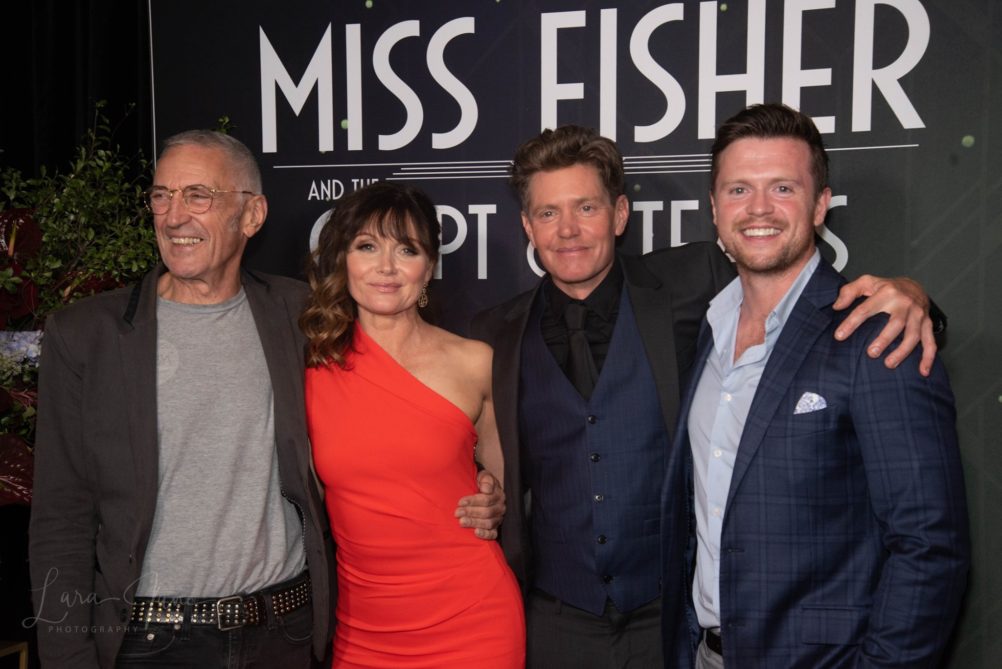 Urged to tell us the inside goss, they said there wasn’t any to tell — everyone on the show gets along famously. (Nice to hear!) They did expound on the filming of the show. With only eight weeks to film, it was a master class in how to make every shot count. Set half in British Palestine and half in London, filming actually took place in Morocco and in Melbourne. Imagine making modern-day Melbourne look like 1929 London, and you’ll know what a masterful job the crew did.

Miss Fisher and the Crypt of Tears is one mainly for fans of the tv show — many of whom, including yours truly, helped crowdfund the $8 million production. There’s no time wasted on explaining the background of the characters. But even if you haven’t seen the three seasons of the show, which ran from 2012-2015, it’s easy to catch up. Stylish lady detective. Policeman who holds a candle for her. Escapades. The formula couldn’t be better for what’s an incredibly fun film. 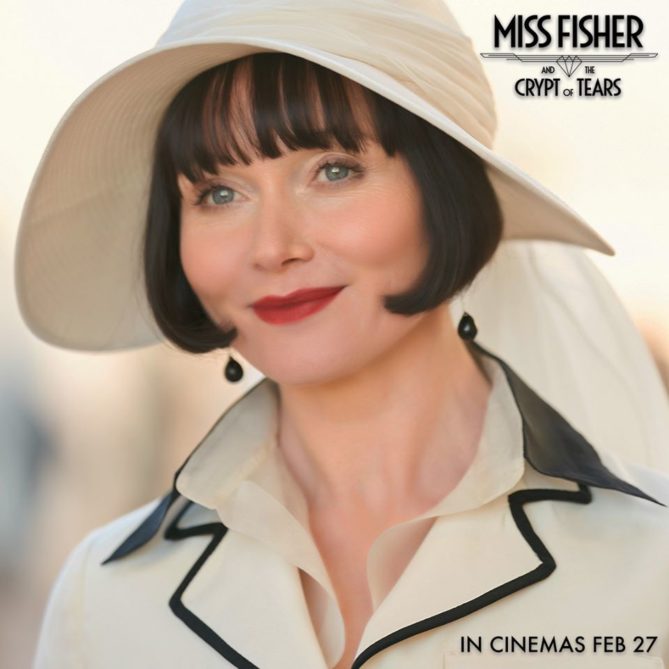 The film begins in Jerusalem in typical Phryne style: wearing incredibly glamourous clothing and up to her neck in trouble. Chased through the streets, she reunites with the aforementioned Professor Linnaeus — before helping free a Bedouin girl, Shirin, from prison. Not to give anything away, but there’s an epic chase scene that will have you grinning from ear to ear with its audacity.

Action shifts briefly to Melbourne, where the audience gets glimpses of beloved characters Dot, Hugh, Bert & Cec, before moving to just outside London. The manor house of Phryne’s family — inhabited by her two brothers — is the scene of everything from a ball (of course) to a murder (you knew it).

Off to find the truth about the Bedouin tribe’s lost emerald, Phryne reunites with Detective Inspector Jack Robinson. Their will-they-or-won’t-they love affair kept audiences guessing for three seasons, and their chemistry is just as electric as ever. 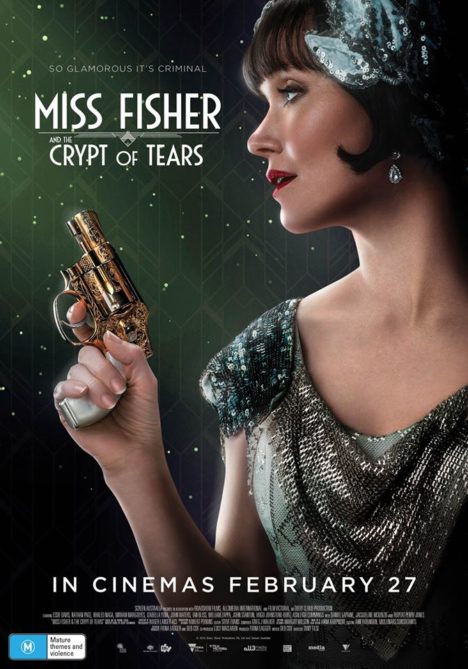 With everything from camels to airplanes, disguises to evening gowns, Miss Fisher and the Crypt of Tears has everything you know and love about the Miss Fisher world — and a lot more. And of course, there’s Phryne’s famous pearl-handled gun throughout it all.

The premiere launched with Essie Davis and Nathan Page on hand to kick things off (looking even better IRL than on screen, if such a thing is possible), along with producers Fiona Eagger and Deb Cox, and director Tony Tilse. Seeing a film come to life based on a series of books by a woman, Kerry Greenwood; produced by a female-run company; and starring an actress who just turned 50 — well, it’s pretty amazing.

And even more amazing is this wonderful movie. See Miss Fisher and the Crypt of Tears and you’ll be supporting Australian movies, women-led stories — and will have the time of your life at the cinema.

– Theresa
Co-founder of The Plus Ones, Theresa is thankful to her aunt and mother for getting her hooked on Miss Fisher. Follow her on her Instagram.

Miss Fisher and the Crypt of Tears is released in theatres nation-wide on February 27 2020. It will make its U.S. premiere in select theatres and on streaming service Acorn TV in March 2020.

Disclosure: The Plus Ones were invited guests of Roadshow.
Image credit: Roadshow, FilmInk, Humanitix.