You may be familiar with Courtney’s, shall we say enthusiasm for her reality TV, having appeared in Australian Idol, RuPaul’s Drag Race, Celebrity Big Brother UK, Come Dine with Me Celebrity Christmas Special, Dancing with the Stars and Eurovision – Australia Decides. You may have also seen American Act on junkee.com, E! ‘s The Bi Life, or The Courtney Act Show.

Regardless of where you’ve encountered Courtney, you would remember her as the larger than life blonde bombshell whose characterisation could be likened to an Australian Marilyn Monroe. 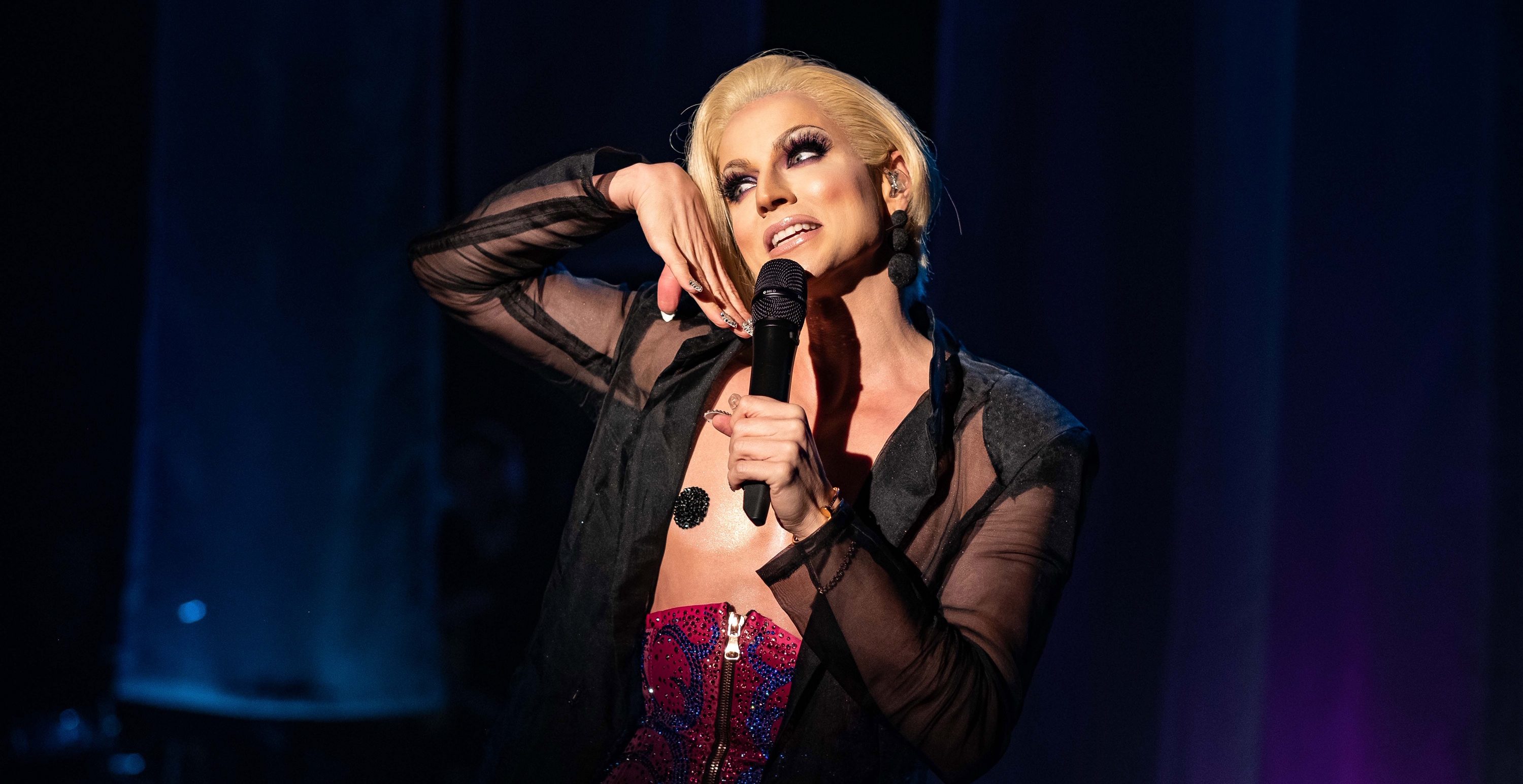 Fluid, however, sees Courtney take a different approach to her often light-hearted cabaret shows and instead plunges the audience headfirst into confusion found within the LGBTQIA+ community. The confusion is usually not one of identity (although finding one’s identity can be confusing) but one of your space in the world as an LGBTQIA+ person.

This show is a raw and emotional journey through Shane and Courtney’s path of self-discovery. In a world obsessed with the binary of human experience, Courtney explores the space in-between the hetero-homosexual, cis-transgender, and the man-woman dichotomy.

As a member of the community, Shane’s struggle is a narrative which runs close to my and others lived experience. Eloquently and sensitively approached, Courtney explores the multiple attempts to understand the thoughts and feelings that plagued his/her/my teenage years.

Do you still get the jokes you expect? Yes.

Do you still get to see the skin, and the costumes we’ve come to admire about Courtney? Yes

Do you still get to hear Courtney sing? Yes. 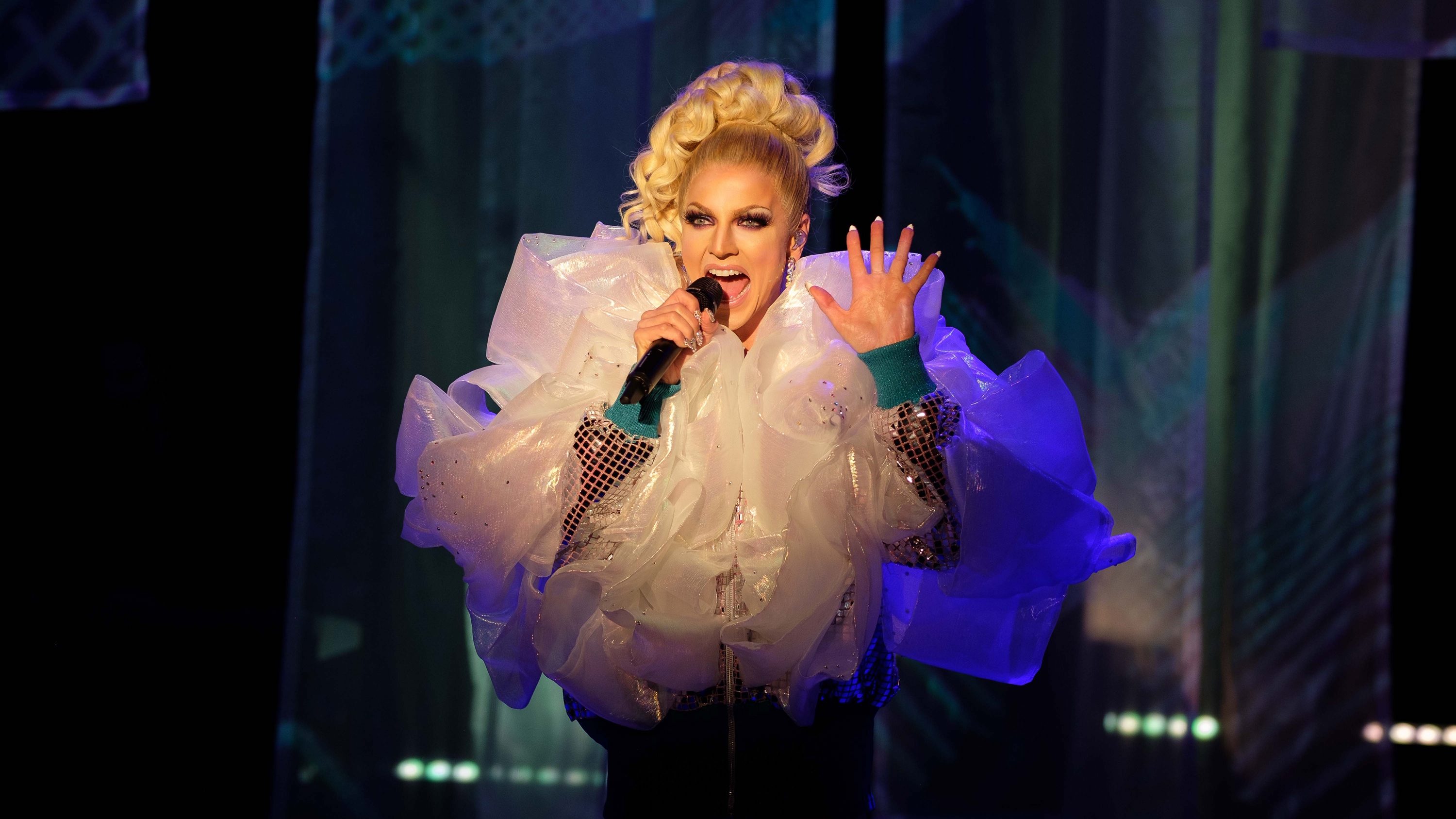 This time, however, Courtney isn’t playing the fool. At times it’s borderline preachy, but she drives home the hard truths about living as an LGBTQIA+ person in the heteronormative world.

The most touching moments of the show come when Courtney sings her own music. Highlights include In Between and Asteroid, songs which I think will put her self-written music on the map.

So if you’re gay, straight, bi, trans, intersex, an ally, or just curious about what the community entails, buy yourself a ticket and explore that space in between with Courtney Act.

Courtney Act – Fluid is at the Eternity Playhouse until February 29, two hours with interval. Grab your tickets before they sells out. 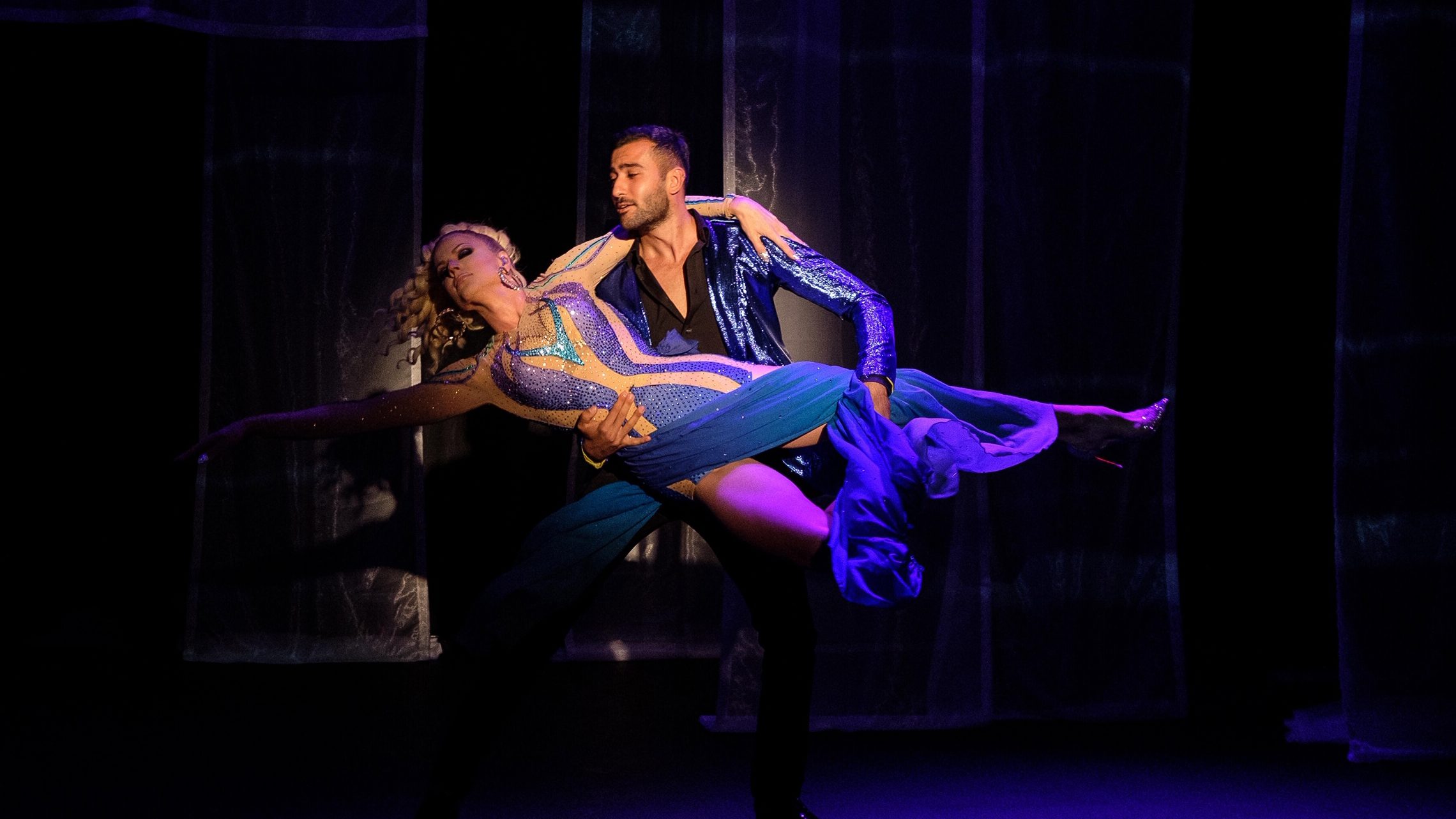 Disclosure: The Plus Ones were invited guests of Darlinghurst Theatre Company.
Image credit: Clare Hawley.

I’ve never laughed so much at a funeral: Myra Dubois – Dead Funny

‘Miss Fisher and The Crypt of Tears’ film premiere