If you’ve ever seen British drag before, you’ll know that it is something truly magical, and Myra DuBois’ Dead Funny at the Sydney Opera House is nothing short of that.

Myra Dubois is hosting her own funeral, and we’ve all been invited. For all intents and purposes, the show follows the usual funeral format: a funerary procession, a reading, a song or two, a poem from her sister (who skypes in from England), and the committal. She even has a funeral director that greets you at the door to offer you tissues and a copy of the eulogy. 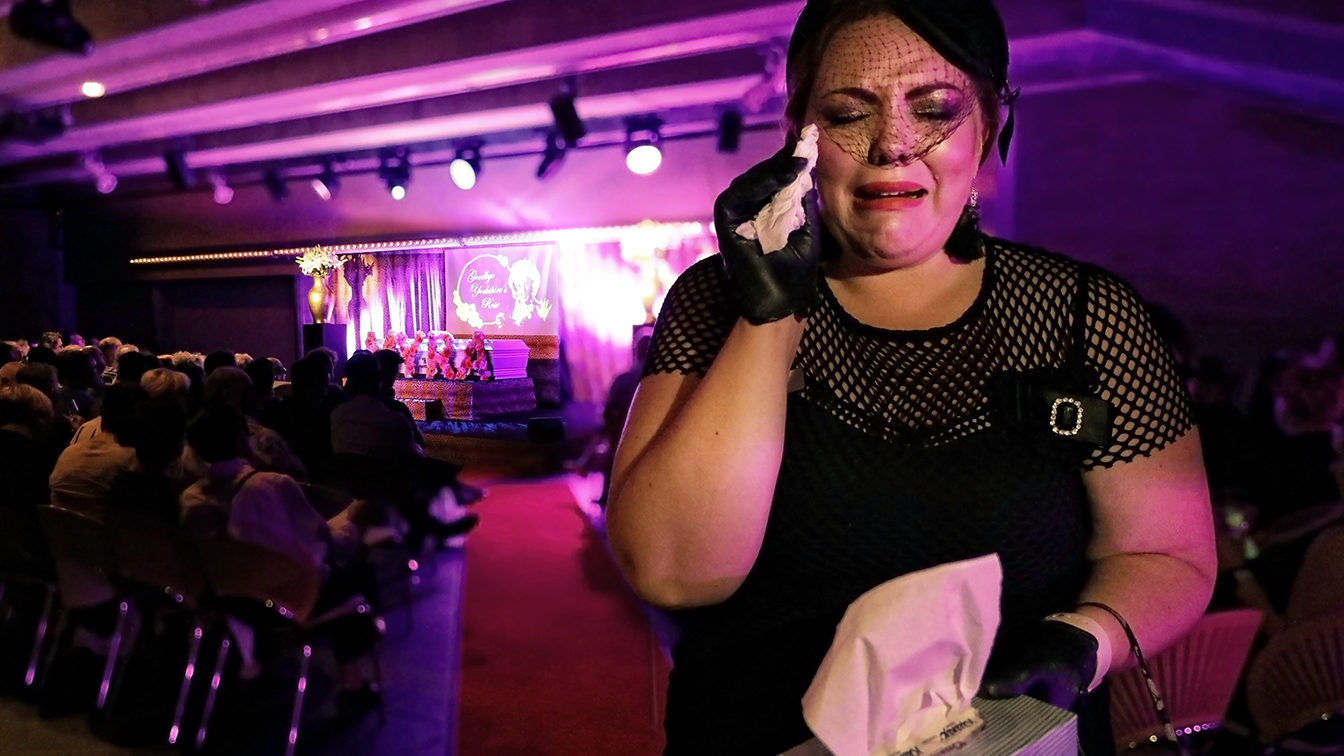 The only difference between Myra’s funeral and other funerals you may have attended is that the deceased is actually alive and kicking.

As a way of an introduction to Myra’s early years, here is an excerpt from her eulogy.

“I was delivered in the hospital reception!” Myra would later recall. “Mother never made it to the ward. My infant-self must’ve sensed the rows of invalids in the waiting room, knowing a captive audience awaited. Out I popped, feet first! A breech babies! Actually, if the legends are to be believed, I landed on my feet and belted out a perfect ‘C’ to let the doctors know I could breathe.”

With a singing voice that could strip paint straight off the walls, Myra effortlessly bounces from joke to joke, but her real craft shines through in her response to hecklers.

No one is safe from her quick wit and scathing yet polite reads (for those uninitiated, a read is where a drag queen makes critical observations about a person). Bears, pups, the elderly, Americans (any of the colonies really) homophobia, and even some well-loved and respected people (a particular saint from Calcutta and the People’s Princess) are free game in her funeral proceedings. 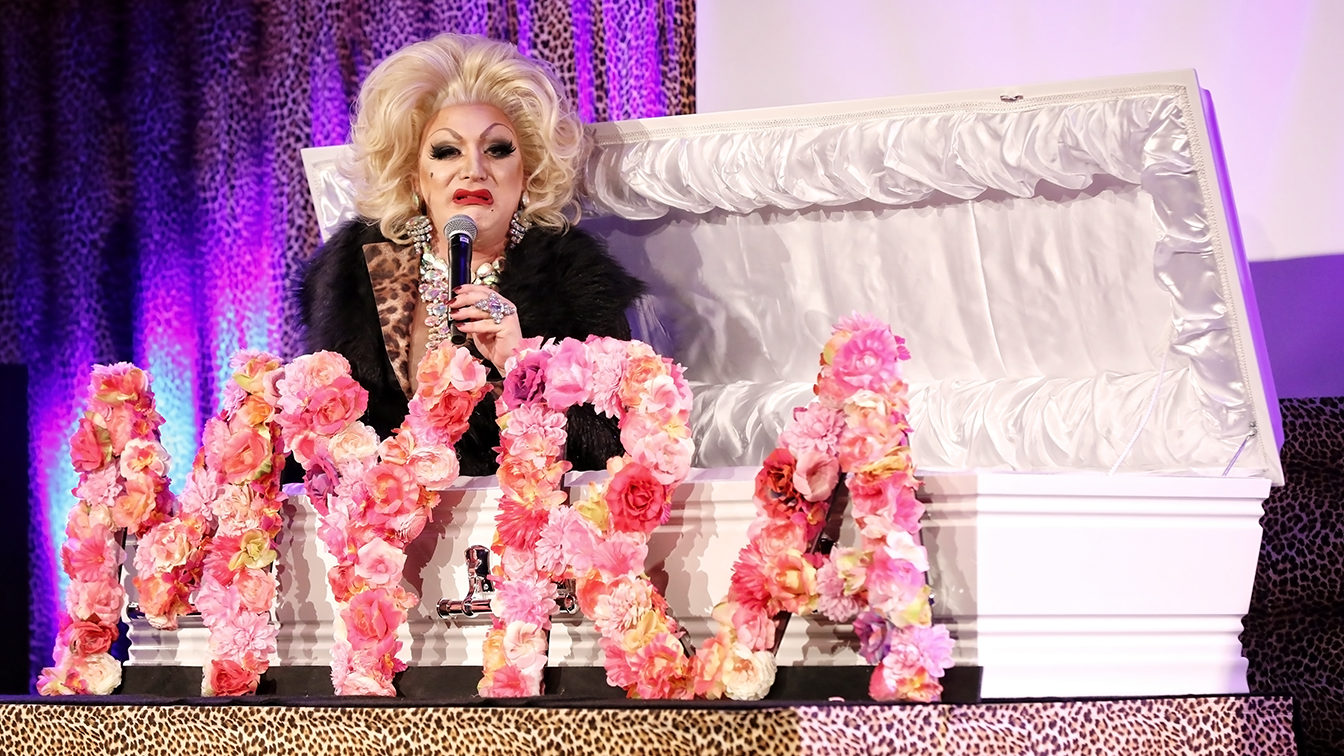 Myra’s comedic timing means the audience barely gets to breathe in between punchlines and is left gasping for air. If you enjoy a bit of panto, mixed with current events, a hefty smattering of wit all delivered with a heavy Yorkshire accent and hospitality, you’ll definitely love this show.

Myra Dubois – Dead Funny is at the Sydney Opera House until February 29, 65 mins without interval. Grab your tickets before she’s dead! 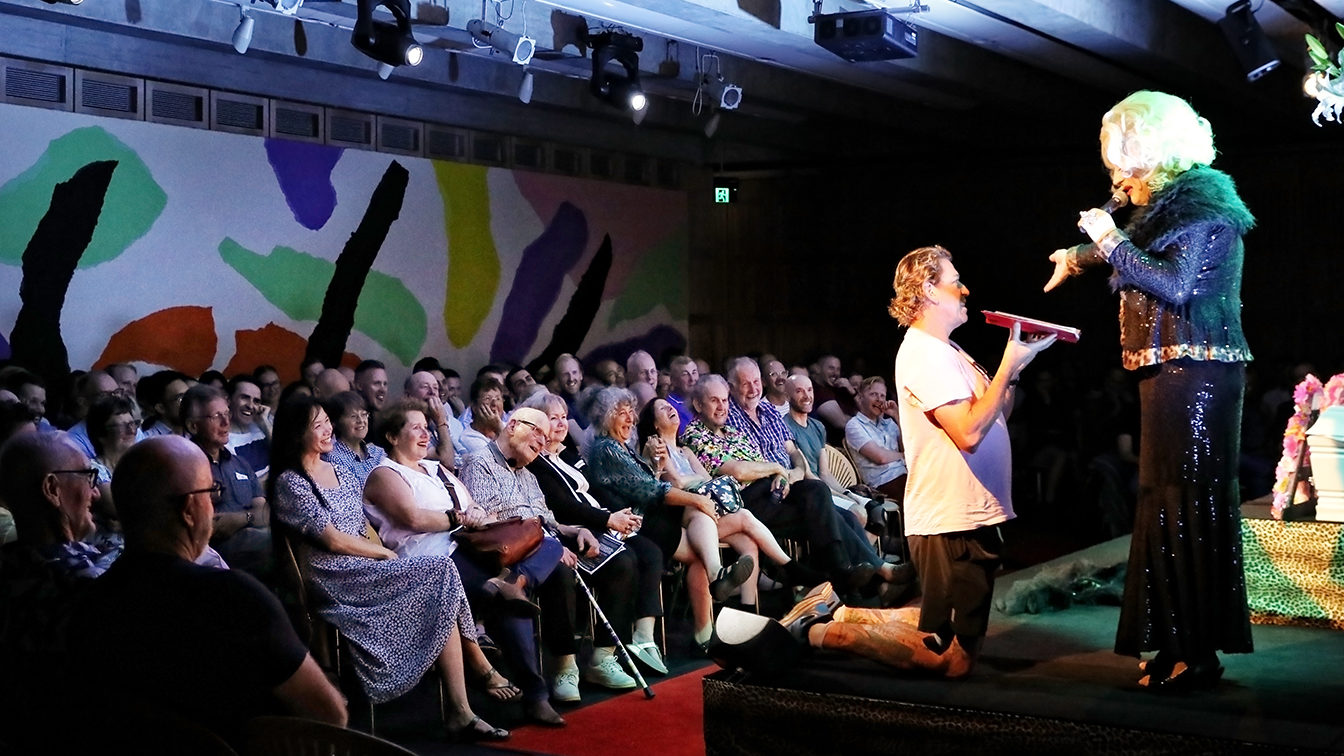 Disclosure: The Plus Ones were invited guests of Sydney Opera House
Image credit: Prudence Upton.

War Horse returns to Sydney as a celebrated theatre hero.