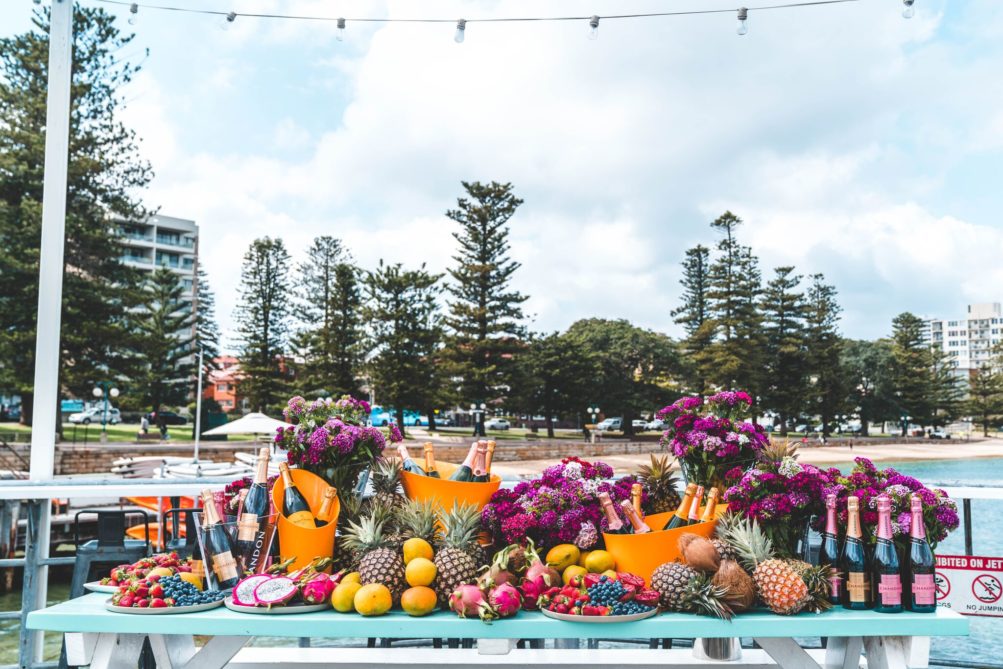 It’s no secret that us Sydney-siders love a good, old-fashioned day drinking session. As the mercury rises, the ability to feel the gentle, Summer breeze whilst drinking by the ocean only adds to its appeal. You can imagine then how delighted I was to hear the team at Manly Wharf Hotel has combined these two pastimes with the most important meal of the weekend, Brunch. So when The Plus Ones were invited to the launch of their Harbourside Bottomless Brunch , kicking off 21 September 2019, I knew I had to go.

My plus one and I walked onto the deck and upon arrival, we were greeted with our choice of NV Chandon and NV Chandon Rosé. Of course, being the quintessential white girl that I am, I opted for the rosé. We were left to mingle and take in the incredible views before being shown to our seat.

The picnic-style tables make the brunch at Manly Wharf Hotel a brilliant option for birthday celebrations, or to simply to catch up with your squad. As we took our seat we were immediately served with one of the most visually appealing fruit platters I’ve seen in a long time. 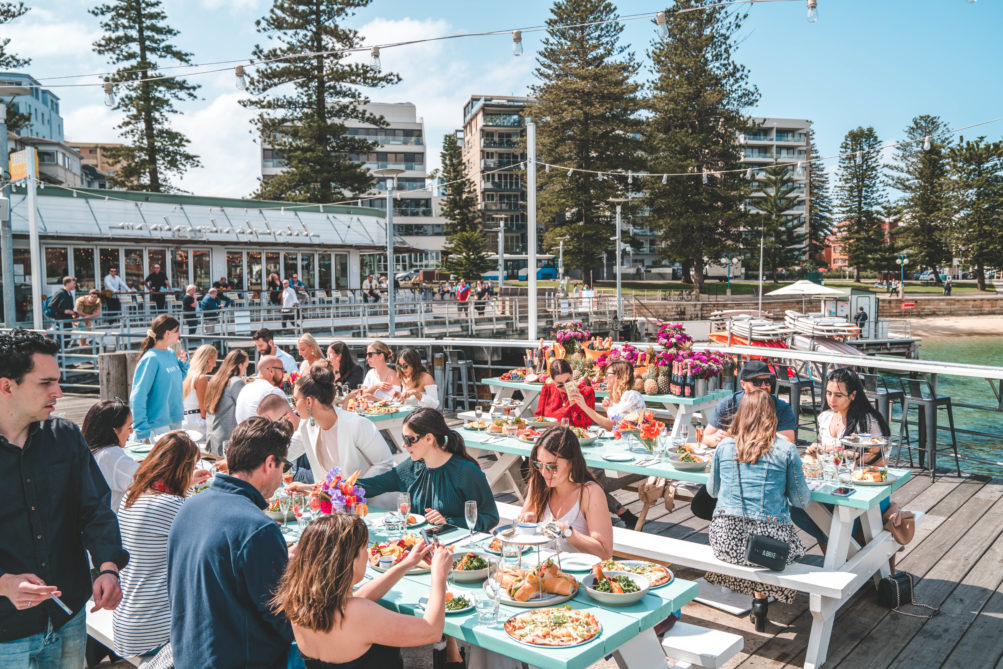 Ladies and gentlemen, I’ve been to few brunches in my time, but I can honestly say, none of them has had a food offering as diverse and as appetising as this. The team at Manly Wharf Hotel brought out an array of food. We started with fresh, mignonette and crumbed oysters. Keeping with the seafood theme, we were then served salmon and prawn cocktail rolls. These were divine in their own right and there’s something special about feasting on seafood when you’re by the ocean.

I love my seafood, I really do, but this time I would have to say the Brekkie Pizza stole the show. This really was like a continental breakfast on a pizza – it even had potato gems! We were also spoilt for choice when it came to sides – potato chips, sweet potato chips, and a beautifully refreshing rocket with beetroot and pumpkin salad to accompany the mains.

To cap off the delicious, savoury dishes, we were served with perfectly-cooked Belgian waffles to satisfy the sweet craving. The Head Chef, Kristen Hooper, has done a wonderful job at curating the menu. As for the ‘bottomless’ part of the brunch? The attentive waitstaff never left us with an empty glass. 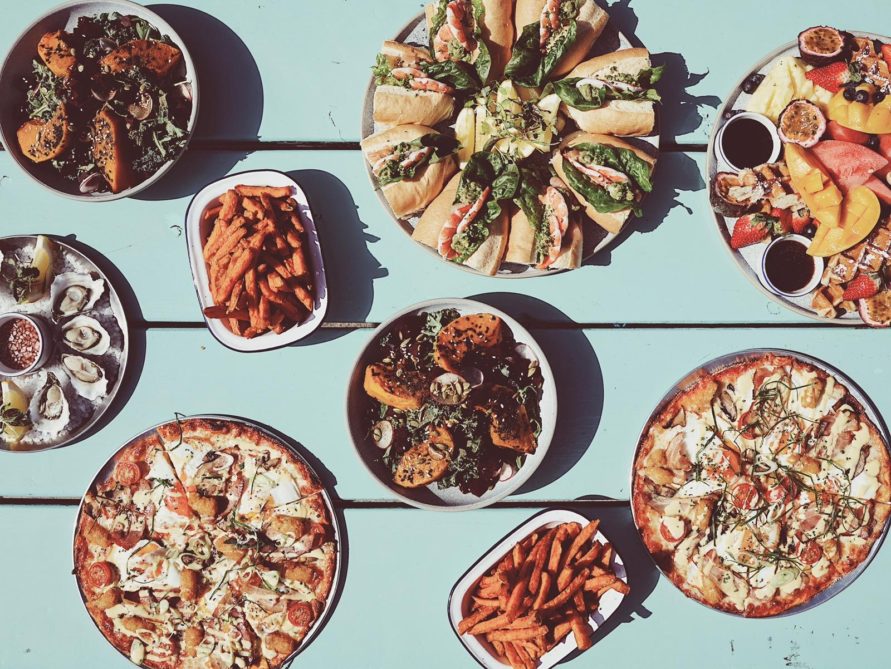 – Danielle
Danielle is a hedonist who enjoys the basic pleasures life has to offer, especially food. When she isn’t eating, you can find her at the gym attempting to work off her diet.

Disclosure: The Plus Ones were invited guests of Tonic PR
Photo Credit: Tonic PR

Time Out Sydney Food Awards 2019: all the winners

An evening with Whitley Neill