Daringly dubbed the “Ultimate Weekend Away”, Return to Rio had set our festival expectations very, very high. In the months leading up to the main event, we’d heard rumours of the countless other-worldly wonders we’d experience at this 3-day musical utopia, where just about anything goes. 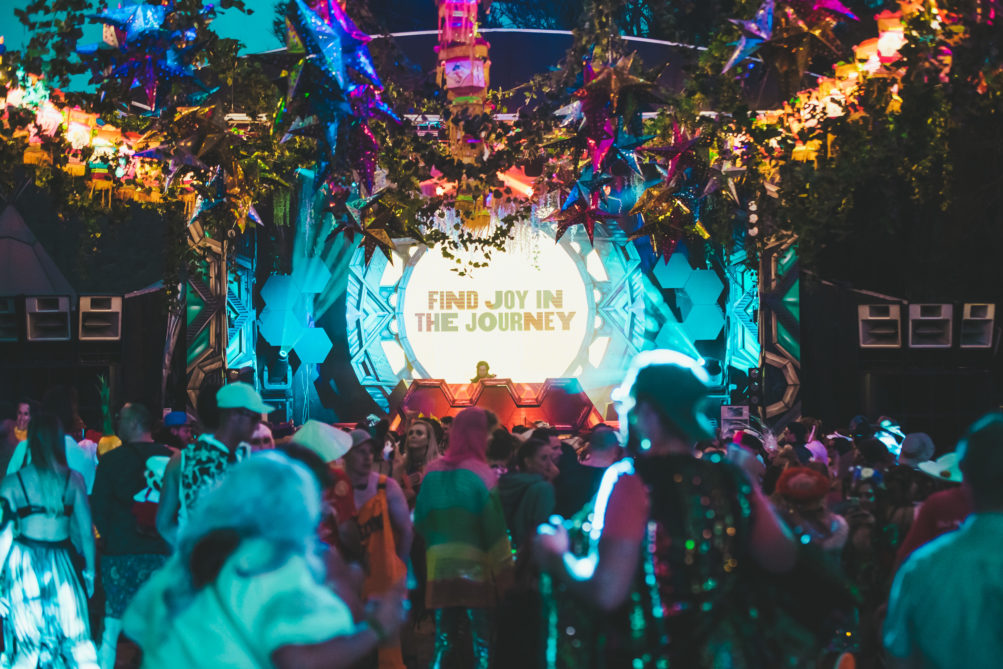 Now that the festival’s done, and I’ve dusted off any residual glitter — let’s just say that Return to Rio did not disappoint — I’m a pretty happy camper.

The Plus Ones were invited along for all the music, magic and mayhem this year. I rounded up a troupe of five friends, and we hit the road at midday Friday. With a location nestled right alongside the Hawkesbury River, the Del Rio campsite is only about an hour’s drive out of the city. 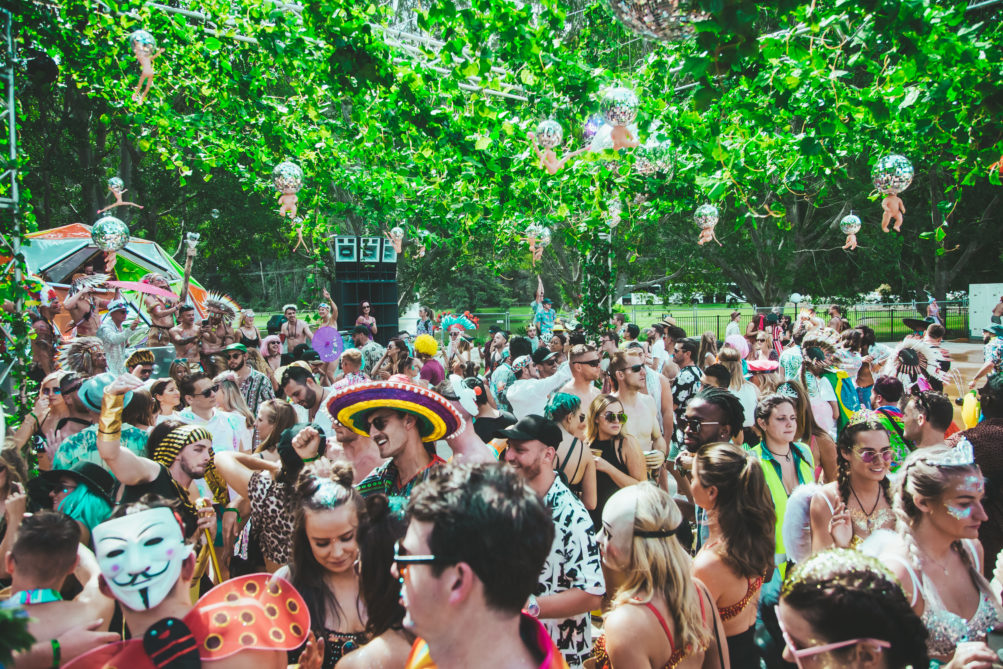 Having never gone camping before, let alone for a 3-day music festival — the experience was all the more extraordinary. We scoped out a leafy area, and set up our tents in a triangular little gathering (with snacks and drinks in the middle).

Return to Rio is the only festival I know where you can B.Y.O. booze — and I’d say that captures the spirit of the event in general: freedom. Return to Rio brings together weird and wonderful human beings from all walks of life, for a gathering of like-minded mischief-making individuals, who are really free spirits at heart.

Just as Chief Mischief-maker (Event Organiser) Ricky Cooper said, “The event is unique in that over the years we have created a very special Riopian community… People come for the weekend and make friends for life.” 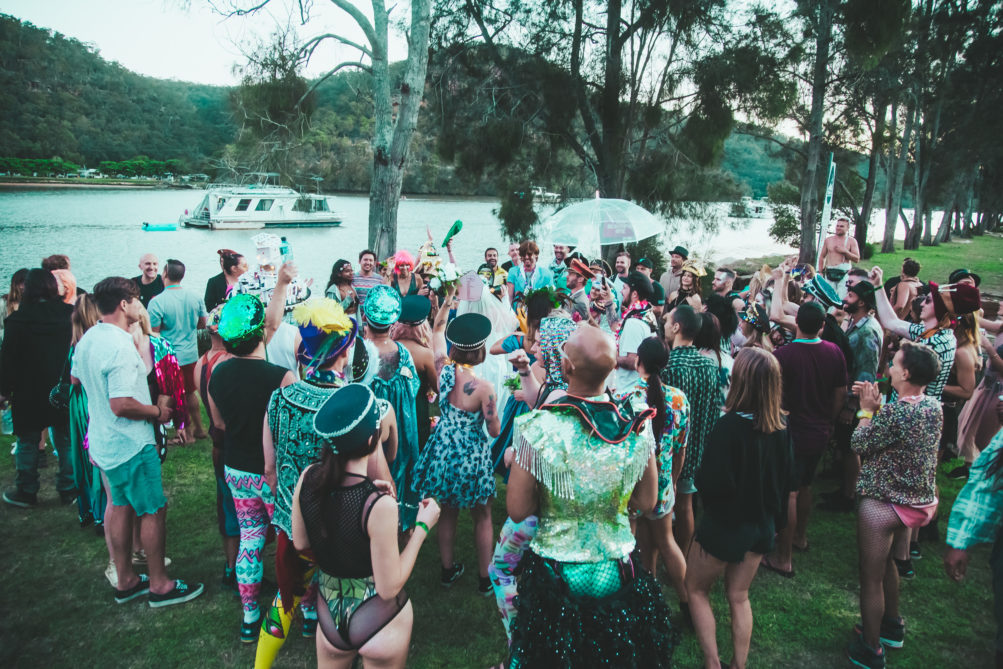 My group and I befriended a number of new and interesting people while settling in. We hit the dance floor right away, and fell back in to our tents in the early hours of Saturday morning. Kick-ons are guaranteed at Return to Rio, as neighbouring groups with large-scale tents are bound to be more serious (and organised) than myself and my crew. Some had even brought their own speaker set-ups, marques and props.

If we fast-forward to my being hungover the next morning — we then wondered off to the totally tropical boogie-wonderland by the pool. There were food trucks and pop-up shops, and big name DJs and artists such as Late Nite Tuff Guy, Lee Burridge and the infamous Sasha dominated the line-up. There are three main stages at Return to Rio, between which at any given time— you’re bound to find somewhere to get your groove on. 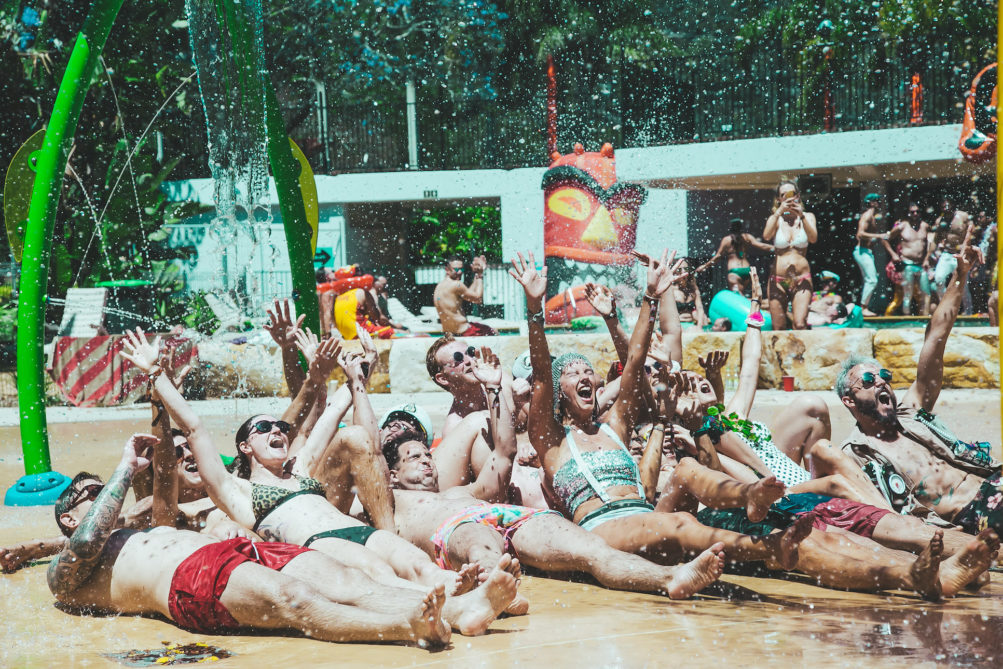 There’s a very extraordinary element to Return to Rio, and I’ll tell you what that is — the fancy dress. Saturday was the biggest all-out costume party I have ever seen. When we left our tents for an afternoon swim, we were dancing by the pool amongst a sea of metallic tights, elaborate headwear, feathers, glitter, and oh, by God — sequins. I loved being able to wear whatever I liked, without anyone even batting a (false) eyelash.

As if that’s not enough nirvana, the festival promotes random acts of kindness. We were encouraged to do our bit for the environment, with eco-bond garbage bags to fill with trash, and to return when we’d done getting our glitter on. 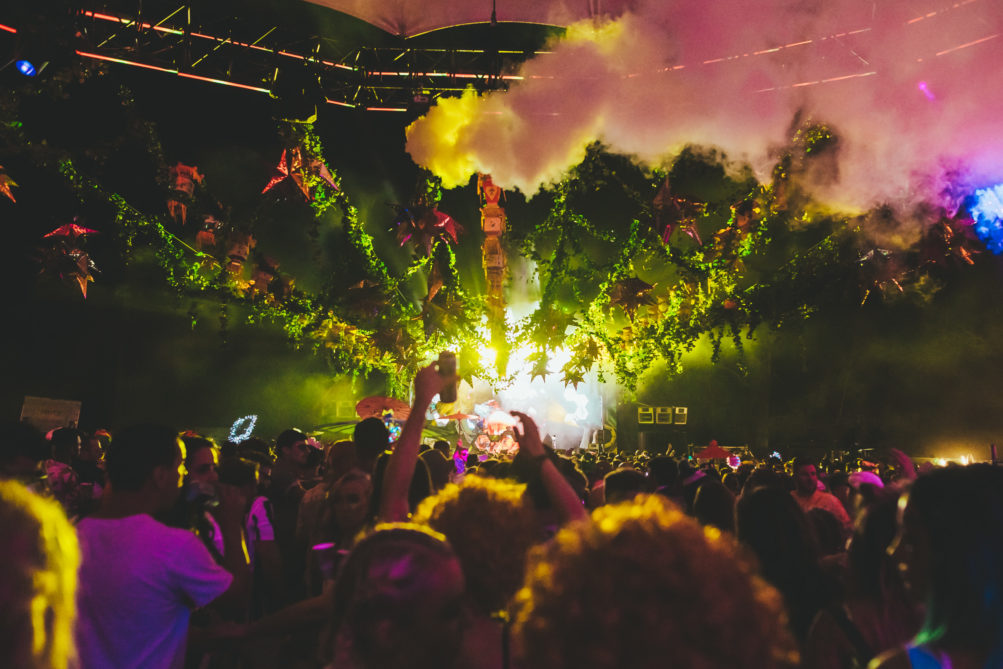 Return to Rio is first and foremost a music festival, but there’s so much joy to be found in the delightful in-between bits. Whether it’s wearing someone else’s hat, swimming in the kiddy pool with a guy dressed as Fred Flintstone — or doing shots with an entirely new crew, because you lost your mates (and marbles) hours ago.

It’s difficult to convey just how brilliant Return to Rio is, and I promise that’s not because I’m still recovering. It really is a festival you MUST experience for yourself (and ten of your mates) next time.

Return to Rio is an epic explosion of colour and fun, because the organisers go where no other music festival has gone. They bring the best sound, light and vision to the “Ultimate Weekend Away”. Camp out until next year for Golden Tickets of your own.

– Jill
Jill is a Sydney-based journalist who likes to make her own magic . Follow her on Instagram.

Return to Rio is an annual event. For the full Rio Rundown, visit their website.

Disclosure: The Plus Ones were invited guests of PR Shed

Wine Island – A Drop in the Harbour