We ventured out in the blistering heat during the last weekend of this year’s Sydney Beer Week to enjoy tasty exclusive Glenfiddich drams and the Australian Brewery’s awesome beers at the Brunch and Boilermakers event held at craft beer haunt in Surrey Hills, the Dove and Olive.

The Brunch and Boilermakers event was a fairly intimate affair with a lot of those in attendance being actual crew members of the Australian Brewery Co who no doubt were looking forward to these one-of-a-kind boilermakers.

After hiking up the hills in the unseasonably warm weather, we arrived and were welcomed with a delicious and light Grisette, a Belgium style table beer. Its name means “little grey”, no doubt alluding to its slight cloudiness. It was super chilled, a little fruity, light on the palate and very welcome on such a warm day. 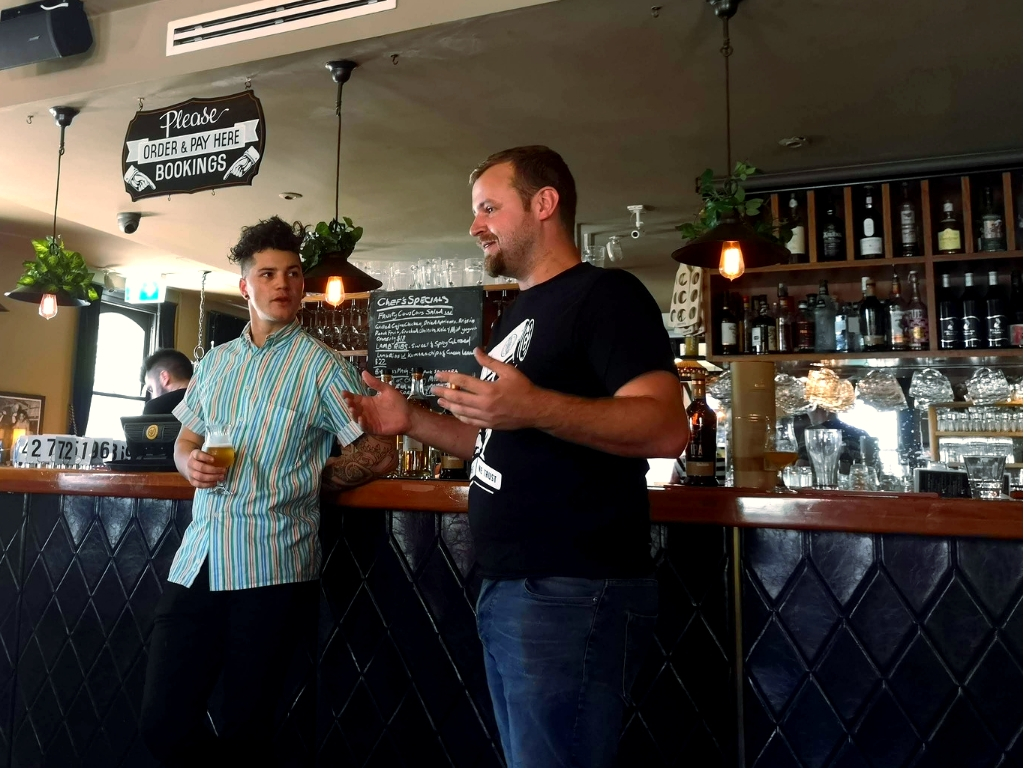 Although the name suggested brunch, food wasn’t on the menu. Instead, there were three tasty beers and three special whiskies. Plus, Glenfiddich’s National Brand Ambassador, Luke Sanderson, had a couple of special off the menu whiskies that he shared, for which we shall be forever grateful.

After the Grisette, we enjoyed Australian Brewery’s Dark Lager paired with Cask Sample no. 1. I love a dark lager boilermaker and this was a special treat. This cask sample had a seriously high alcohol content so I used a few drops of water to make it more palatable. Strong oaky characteristics but plenty of sweetness and spicy notes. The water definitely helped mellow it out. 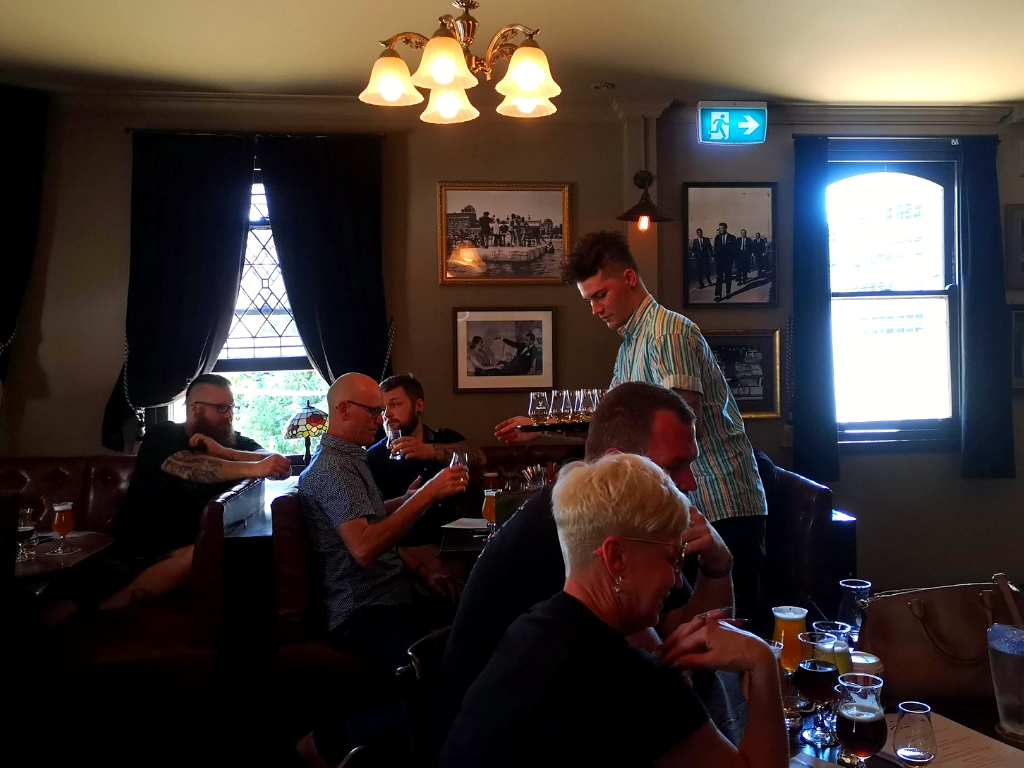 The second boilermaker was the All Star IPA with Cask Sample 2. This was the standout boilermaker for me. The IPA is dry-hopped with a well-balanced malt. I love a good hoppy beer, which oftentimes means a beer higher in alcohol content. At 4.2% you’d be grand having a couple schooners of these, making it a perfect session IPA. The second cask sample was a lot more my speed. It was younger than the first but also aged in ex-Bourbon barrels. It retained more of the oaky flavours but less of the spiciness. More well-rounded and balanced. It went down smooth. 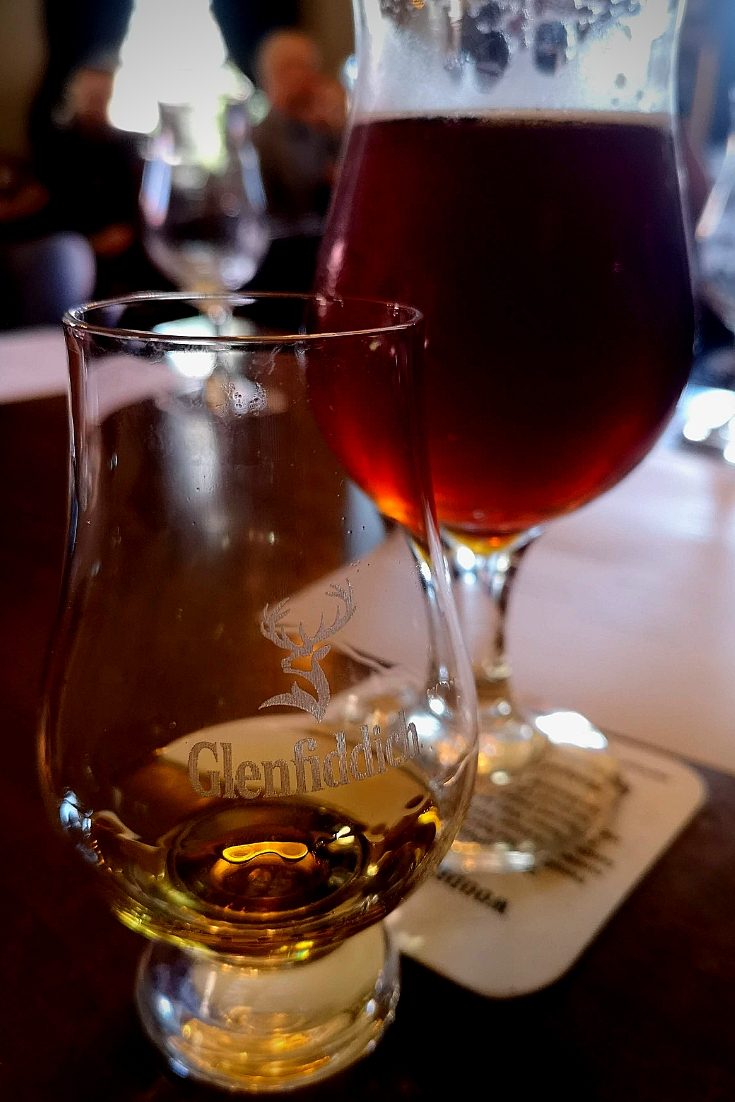 The final boilermaker was the Australian Brewery Blood Orange IPA with Glenfiddich IPA Experiment. I was most excited about this IPA, especially after learning that the brewer spent an entire evening zesting oranges to create the right flavour. I had tried the IPA Experiment before and it is lovely with cinnamon and citrus notes that paired perfectly with the American hops and smooth oily characters from the orange peel present in the IPA.

It was the perfect way to pass the afternoon. A perfect session of tales of Scotch whiskies and boilermakers and beers.

Disclosure: The Plus Ones were invited guests of Australian Brewery
Image credit: Author’s Own