One woman jealous of another’s beauty, an enchanted mirror, a poisoned apple, and seven friendly dwarves. An unquestionably good recipe for a dark and daring contemporary ballet, it’s the age-old fairytale we know and love — told with an avant-garde sensual twist, and pirouette.

The French innovator Preljocaj does an outstanding job of marrying the graceful art of ballet, with an already renowned story of envy and vanity. My plus one and I rediscovered our love of Snow White (Verity Jacobsen), during the show’s Opening Night at Sydney’s Opera House.

Its first scene opens with a moody and dramatic birthing scene, masked behind heavy smoke and dramatic silhouette. Snow White is born from a majestic mother that tragically dies during her labour. We’re later introduced to an essentially naked adolescent Snow White, dressed in virginal white in a barely-there flowing mini-dress, and always dancing barefoot. 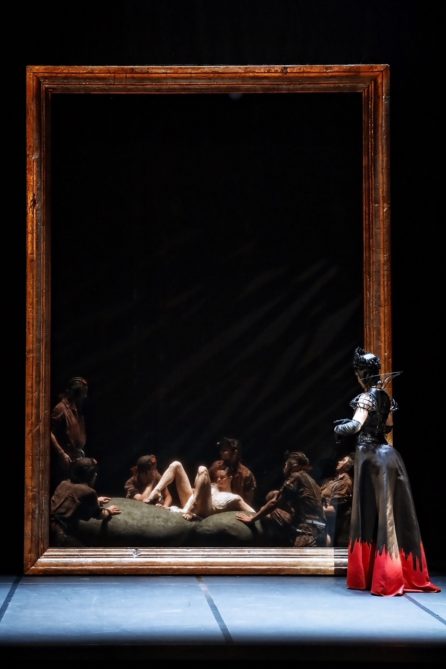 For a new-to-ballet viewer, Preljocaj’s “Snow White” is a phenomenal one to watch. Much of its appeal and effect derives from our prior knowledge of the Snow White story. The audience is able to anticipate the next scene as it plays out, and be delighted by the way Preljocaj has chosen to portray it. Moreover, the performers’ costumes — designed by none other than Jean Paul Gaultier — effortlessly display the way fashion and ballet work in perfect harmony.

Having undergone a recent refurbishment, the Joan Sutherland Theatre’s set design allowed for remarkable on-stage feats — the most incredible of which was when the seven dwarves abseiled a wall of rock, dancing, twirling, and climbing in unison — it was easily one of my favourite scenes. Another included the Evil Queen dancing before a giant gold-encrusted mirror — with Snow White reflecting her movements back in tandem. 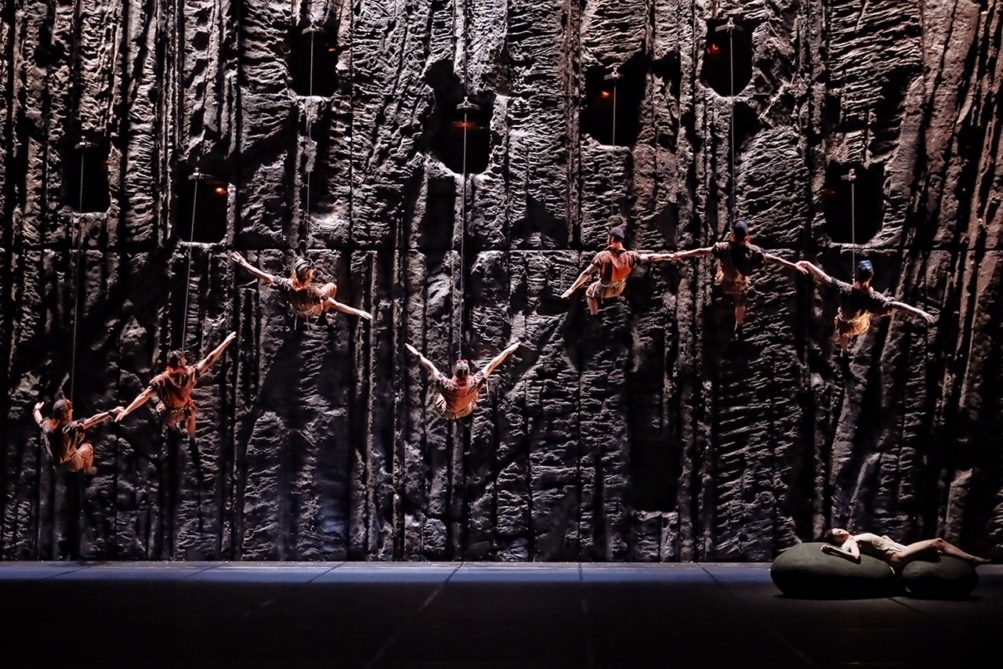 The most extraordinary, and perhaps most controversial ending scene sees the handsome Prince (Jean-Charles Jousni), who in his mourning of her temporary death, dances with Snow White’s limp and lifeless body. He spins her body around in a hauntingly bizarre, yet beautifully astounding display of human puppetry.

Ballet Preljocaj’s “Snow White” is a marvellous site to behold. Believe me, you’ll be tempted to take a bite out of this ballet.

– Jill
Jill is a Sydney-based journalist with a love of all things creative. Follow her on Instagram.