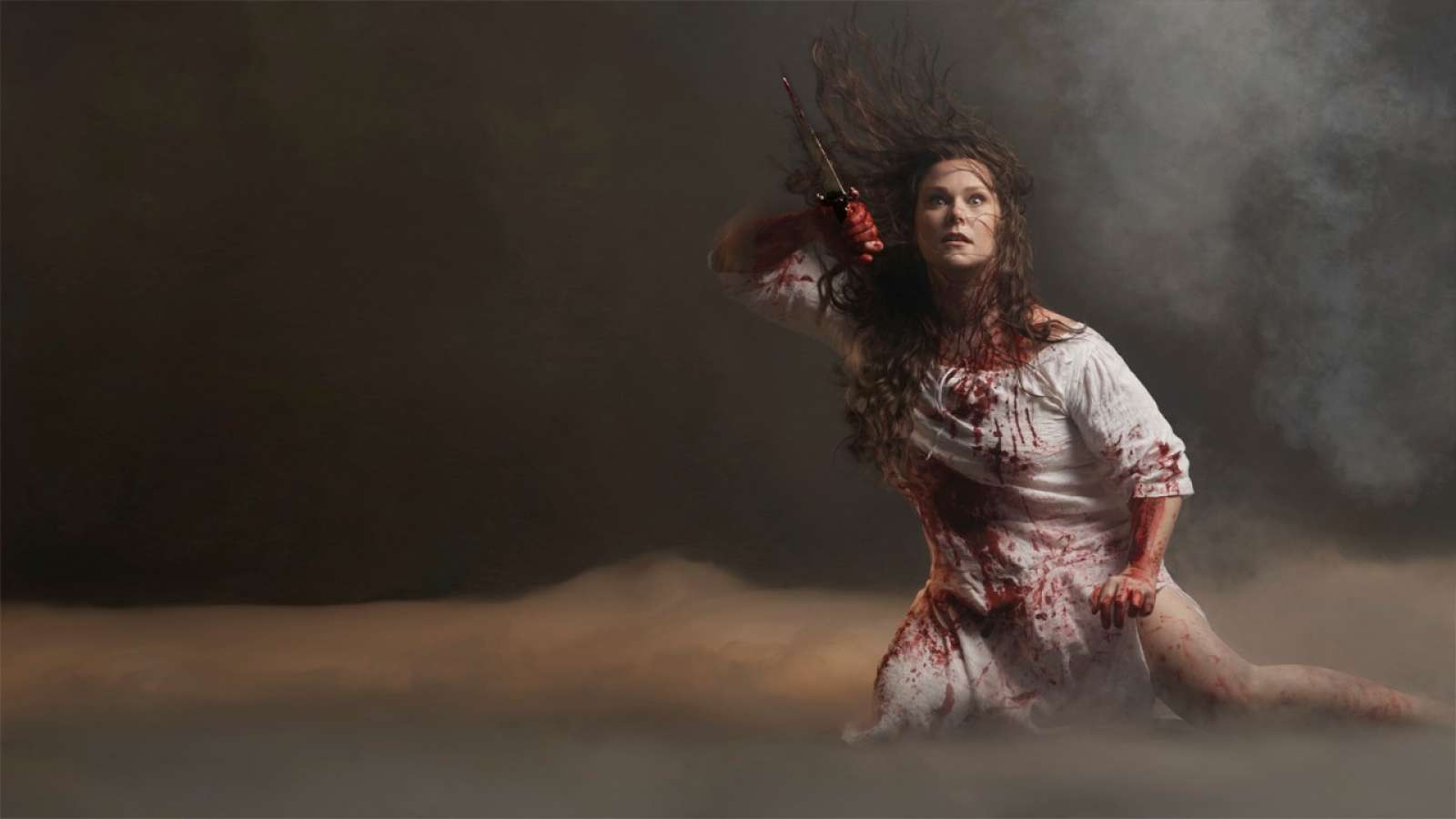 Opera Australia’s current production of Donizetti’s canonical opera, Lucia Di Lammermoor, is not to be missed, especially by anyone who loves a good tragedy. We’re talking Shakespearean scale tragedy – forbidden love, betrayal, madness, murder and suicide. Could it get any better than a blood covered bride?

The Italian libretto is based on Sir Walter Scott’s novel, The Bride of Lammermoor. Lucia, daughter of a Scottish aristocrat, falls in love with a man who saves her life. Unfortunately, he happens to belong to an enemy household, despised by her whole family. When Lucia’s brother discovers the alliance, he devises a plot of lies and forgery to drive the lovers apart, but this also drives Lucia to lose her mind and her life.

Unlike many operas which are a feast not just for the ears but also the eyes, there are no grand spectacles of staging or elaborate set design in this production. A simple, almost bare stage, scarcely lit, and large shifting walls create dramatic shapes and angles and menacing shadows. Whilst the expected visual elements of ruined towers and stone wells or marshy landscapes are not there, the feeling of the gloomy, misty moors of gothic Scotland is certainly evoked. There is an overwhelming darkness, coldness and heaviness, from overture to finale. The costumes of all the characters and the entire chorus, like the scenery, are all in dark shades of gray, brown and green, if not black, forming an extreme contrast to Lucia’s white (and red) wedding dress and nightgown.

The visual minimalism serves to draw a focus on the incredible music – Donizetti’s lyrical bel canto score and the talent of the vocal and orchestral performers. The Opera Australia chorus, always wonderful, is particularly powerful in this opera as there are a number of scenes involving a large all-male chorus. Michael Fabiano in the role of Edgardo, Lucia’s lover, Giorgio Caoduro as Enrico, Lucia’s brother, and Richard Anderson as Raimondo, the minister, all deliver expressive performances to much applause.

The lead role is played by UK born, Australian raised and Italian educated soprano, Jessica Pratt, who has sung the work in over 20 productions and 80 performances in opera houses around the world. Pratt clearly relishes the dramatic challenges of the work, appearing completely at one with her character, entirely immersed in the scene, rather than focused on her technical work. She never sacrifices the drama or emotion of the moment in order to facilitate a note, no matter how stratospheric. In the famous mad scene, her acting is believable and I would venture to say many of her movements are improvised, rather than choreographed to the letter.

Although absorbed in her acting, vocally Pratt is faultless, never losing control. Her centre remains calm and legato all the way through, with a pure tone and precise timing. She is obviously so highly trained and well prepared for the role, that she is able to lose herself in the acting, confident that the technique is already there and will effortlessly come out without her having to focus on it. She is at ease with the trills and complicated colaratura that Donizetti wrote and injects a lot of her own ornamentation and variation as well. Her talent is brilliantly showcased in the extended cadenza she sings along with the flute in the mad scene. Having a solo instrument mirror the vocal line in unison, note for note, means that there is no room for error in pitch or timing. And there are no errors.

Highly recommended for its musical richness and dramatic intensity. An excellent and faithful rendition, with a contemporary touch to the stage design. The perfect opportunity to see a star soprano in the league of Dame Nellie Melba and Dame Joan Sutherland shown off to her full potential.

Ballet Preljocaj’s “Snow White” – The fairest ballet of them all