Off the back of sold out seasons at the Barbican, London, Michael Clark and company are back in Australia making their debut at the Sydney Opera House with a brand-new Olivier nominated triple bill contemporary dance piece, ingeniously titled to a simple, rock ‘n’ roll … song. 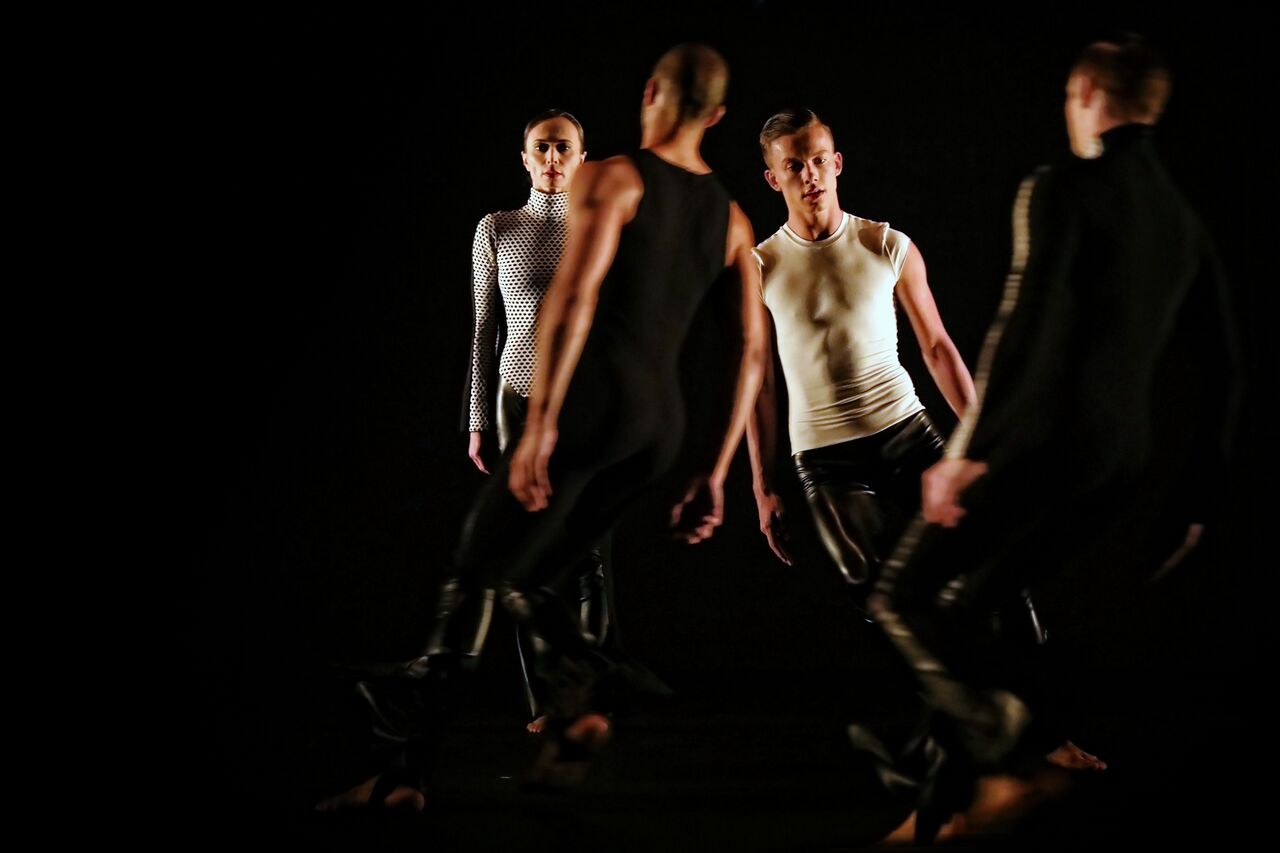 On with the dance!

Much to the simultaneous horror and delight of this former dancer, unitards are really making a comeback in this show. The dancers, all dressed in black and white unitards took to the stage. Not being familiar with the work of avant-garde French composer Erik Satie, Act 1: ‘Satie Suds/Ogives Composite’ was strange and alien.

The minimalism and exactitude of the choreography and dancers is as uncompromising as Satie’s music. The choreography highlighted each dancer’s control and athleticism as they moved in an almost otherworldly fashion, moving seamlessly from rigid classical technique to more fluid popular culture inspired movement. 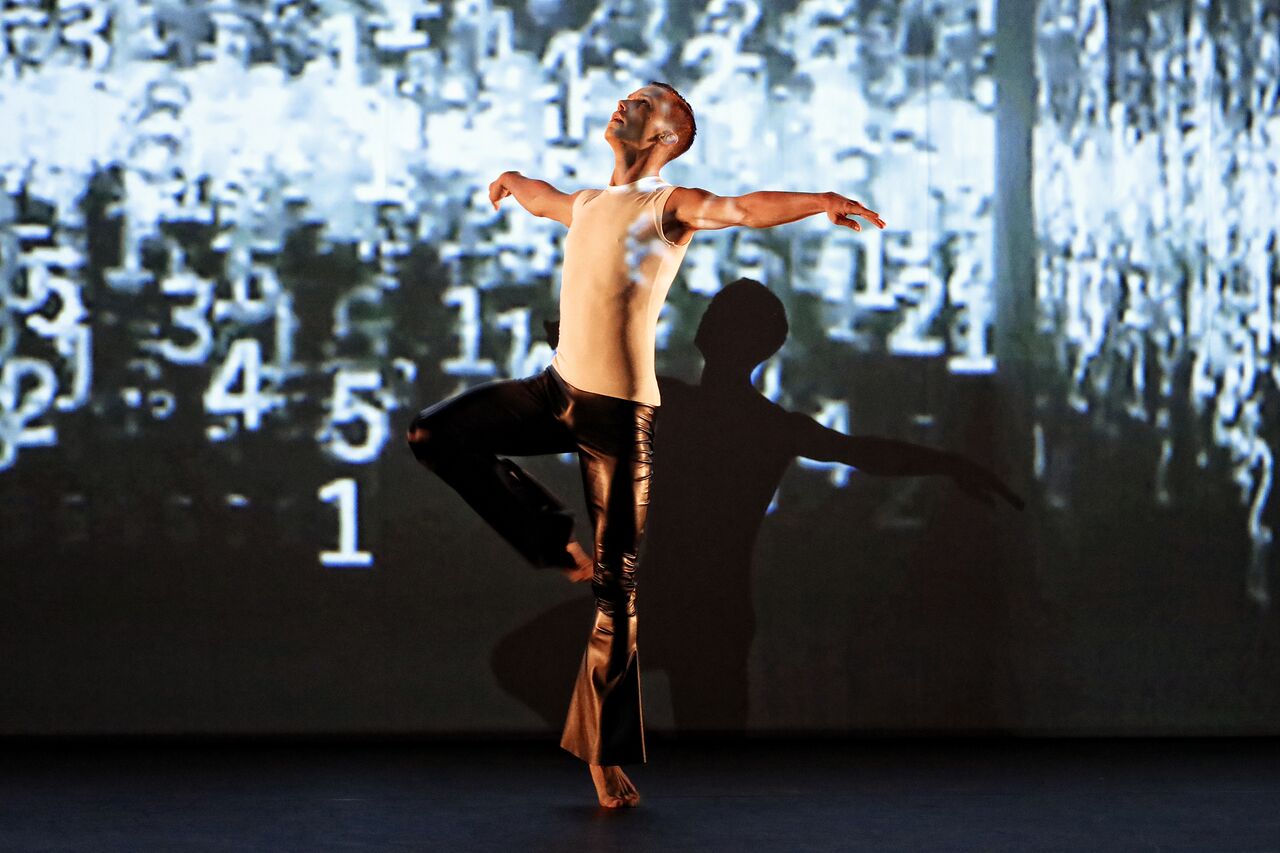 Act 2: ‘Land’ made Act 1 look like an on stage warm up as it channeled the essence of Patti Smith and her punk rock persona. There were new unitards, with PVC flares! Charles Atlas’ psychedelic spiraling, tumbling numbers filled the back curtain . It was a stark difference to Act 1 and 3’s block colour lighting. The counterpoint of Patti Smith’s frenetic poetry and the dancers’ precision is made more intriguing by the lyrical nature of the choreography.

Another costume change and Act 3, ‘My Mother, My Dog and Clowns!’ was starting. These may be my favourite unitards from the whole show as they changed colour with the lighting. ‘Blackstar’ produced a haunting performance with the dark stage and silver and black lycra emphasing every muscle and shadow. 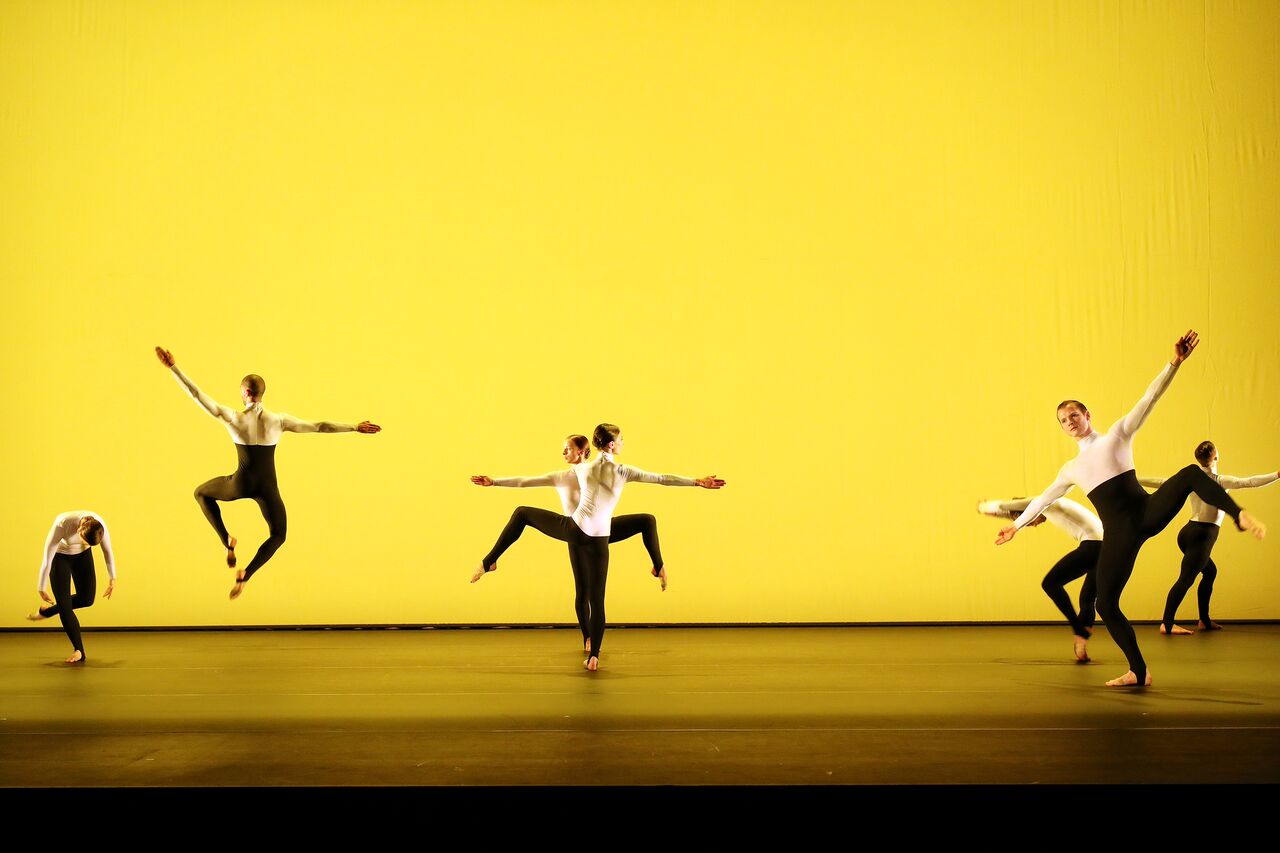 The lighting matched the music as ‘Aladdin Sane’ began playing. A now bright yellow backdrop revealed red and orange unitards, as if Bowie’s iconic lightening bolt had come to life. This tribute to the great Bowie as perfection and fitted perfectly with eccentric nature.

to a simple, rock ‘n’ roll … song. is a whirlwind experience of precision perfect dance, music and lighting. Each production decision just as deliberate as the dancers’ movements. Perhaps dance needs a few more ‘bad boys.’

to a simple rock ‘n’ roll … song. is on at The Sydney Opera House from 30 January – 4 February. Buy tickets.

Disclosure: The Plus Ones were invited guests of Sydney Opera House.
Image credit: Prudence Upton.