Beer matched with food is one of the world’s time-honoured traditions. It’s all the better when you’re pairing amazing beer — in this case, from Sauce Brewing Co. — with fantastic food — this time ’round, from East Village Hotel. Such was the magic of the Saucy Beergustation event at Sydney Beer Week. 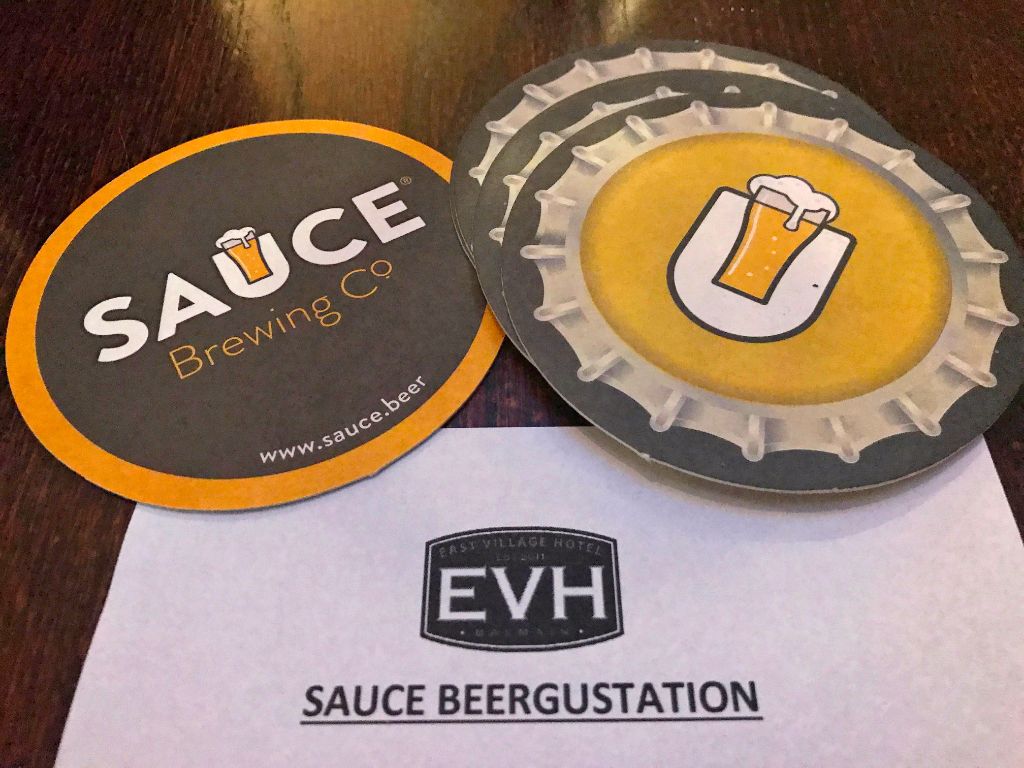 We’ve been huge fans of Sauce Brewing Co. ever since their launch last year at Dove & Olive. Now brewing out of their Marrickville digs, and with a taproom to boot, the team have gone from strength to strength.

Taking us through their full range of beers resulted in a six-course degustation. Held in the back room of the historic East Village Hotel in Balmain (not to be confused with the venue in Darlinghurst), the filled-to-capacity event started with Sauce’s Hop Sauce Pale Ale (4.5%). With three kinds of hops — from the U.S., New Zealand, and Australia, it was the perfect accompaniment to the Baja Fish Tacos with guacamole and jalapeno salsa. 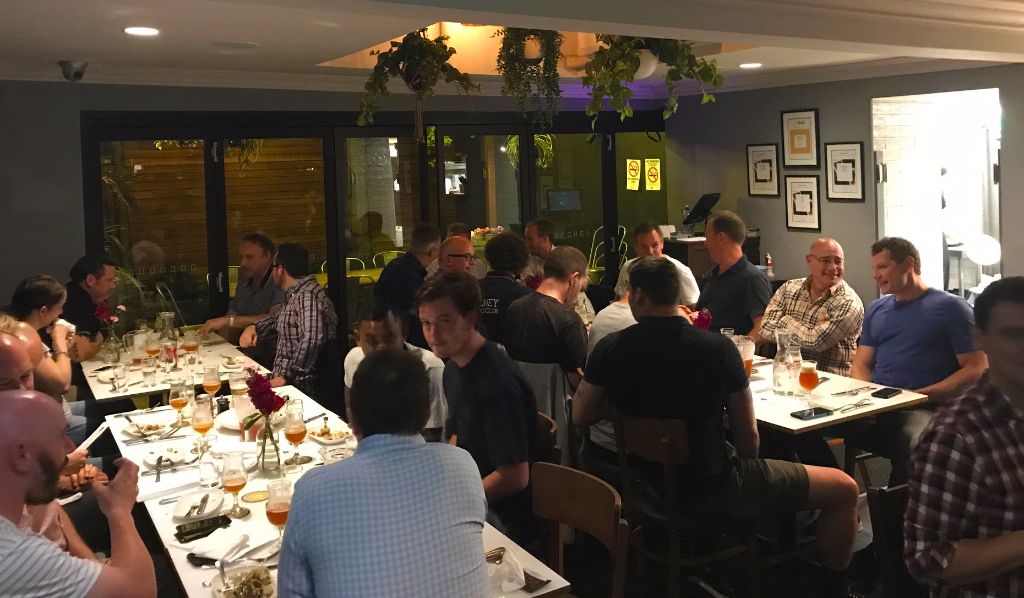 Sauce’s founder Mike Clarke explained each beer before we began, taking turns with the East Village Hotel’s head chef and staff to talk food pairings. Next up: smoked brisket sliders on a Sonoma milk bun. Absolutely moreish, and the perfect accompaniment to the Saucy Red Ale (5%). The tasting notes said to expect a ‘hint of toffee’, and it paired masterfully with the sliders.

Sauce’s Mega-Hop Sauce roars in at 8.3%. As Mike explained, it’s the first beer Sauce made commercially — ‘because why would you ever do something small?’As the East Village’s Bangladeshi staff member explained he ‘tried to make it a bit less spicy’, groans from audience showed how much fun everyone was having — and that they were all up for experimentation. 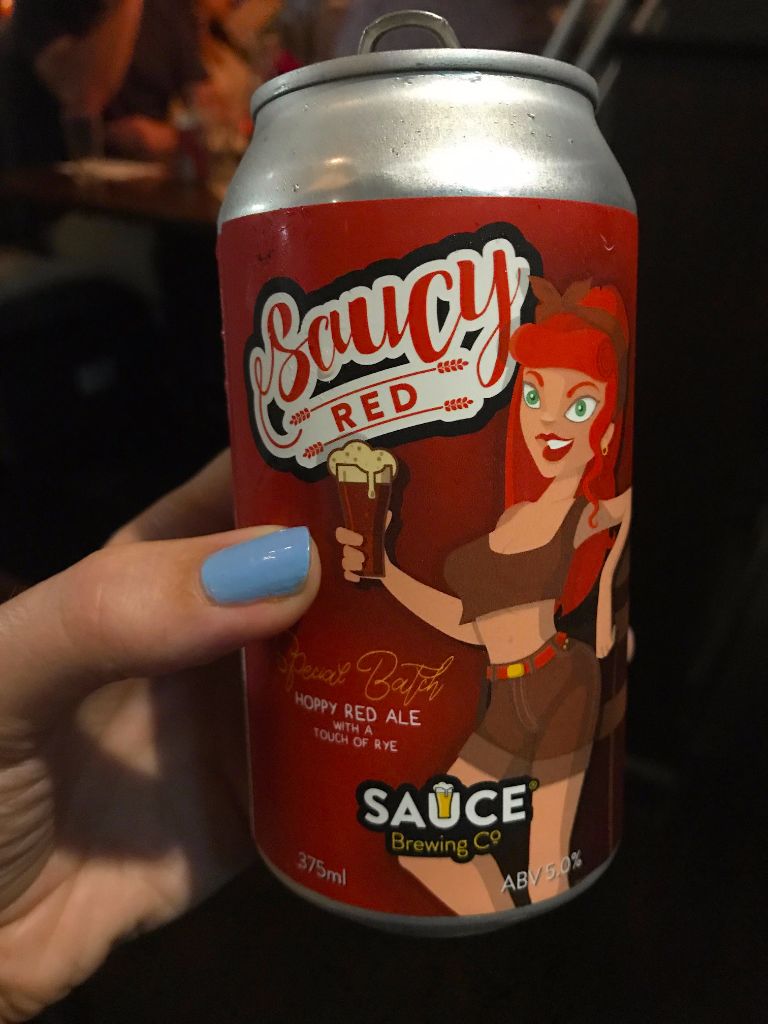 Just so: the Hopfenweizen (7%) held its own, paired with the Spanish seafood stew — huge chunks of calamari and large prawns in bowls, as the dinner-goers dived in. But stomachs were not yet sated. Sauce’s New England IPA (6%) featured notes of stone fruit, going perfectly with the caramelised peaches accompanying the roast pork belly.

Finally, last but not least, we were lavished with Sauce’s American Porter (6%). With tons of malt flavours turning into notes of chocolate, coffee, and caramel, nothing could possibly have ended the evening better than the coffee banoffee pie with a chocolate Oreo base. 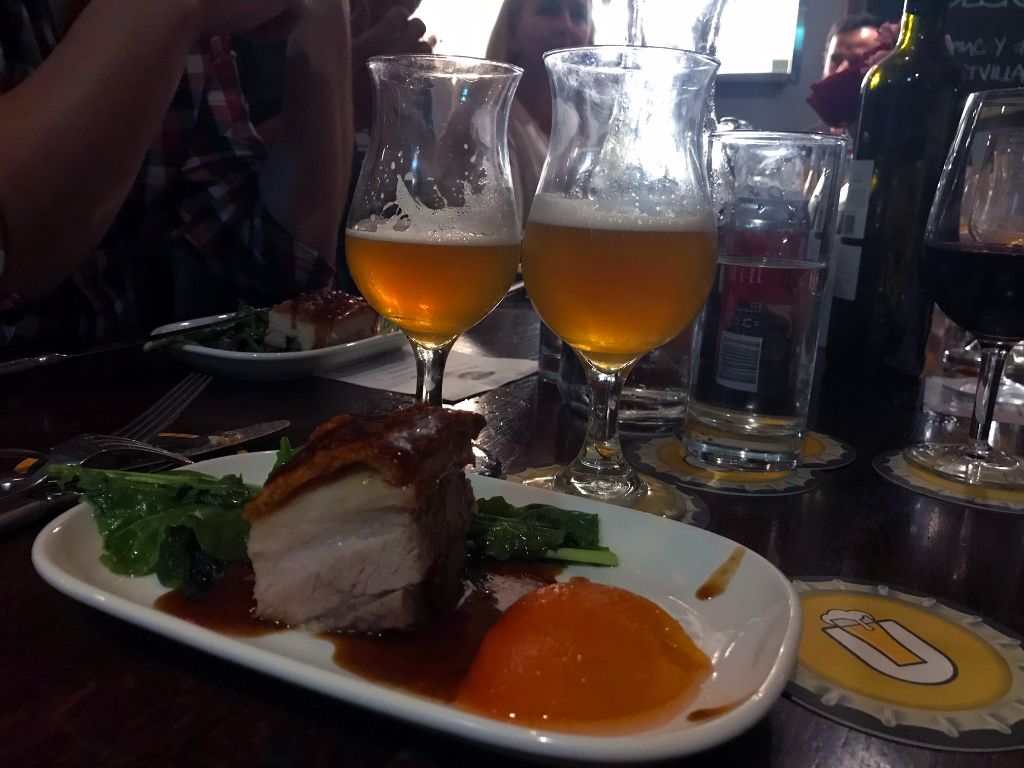 Throughout the evening, you could sense how much care and effort went into both the making of each beer, but also the menu to accompany them. Attention to detail and how to properly showcase the various flavours resulted in one of the best evenings I’ve had at a craft beer event. 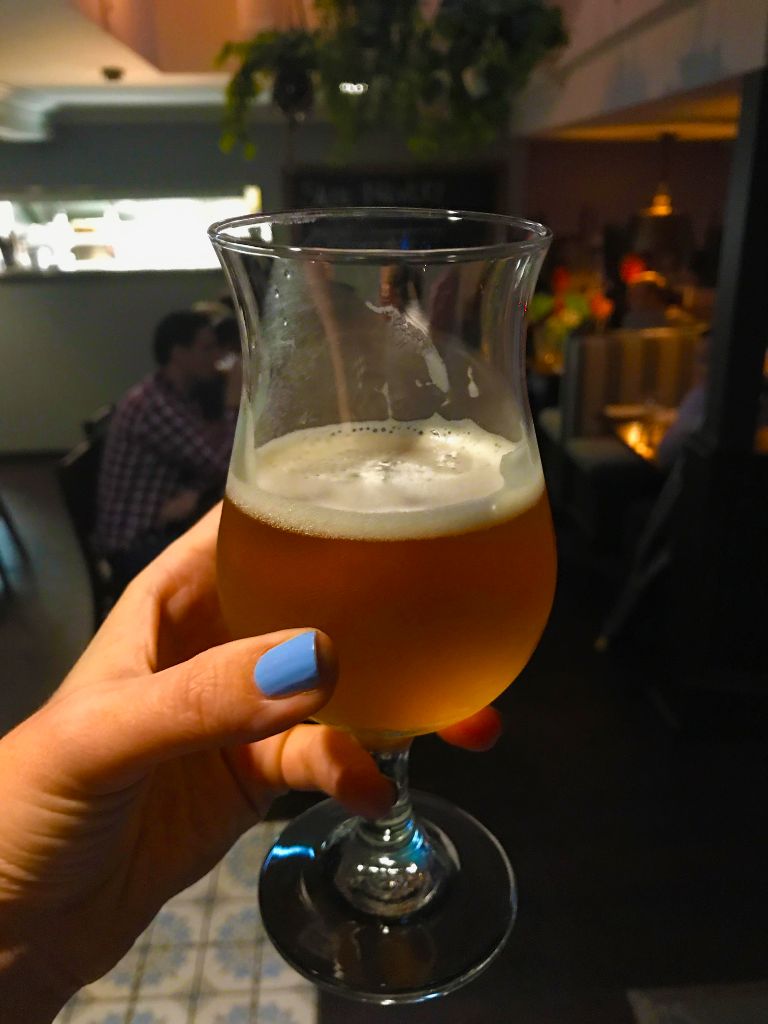 Hopefully, this won’t be the end of Sauce and East Village Hotel teaming up. I’ll be first in line at Sydney Beer Week next year, and you should, too. In the meantime, head to both their venues for a taste of their

Sign Sauce’s petition on Change.org to allow their tap room to continue to have a reasonable number of patrons.

Disclosure: The Plus Ones were invited guests of Sydney Beer Week.
Image credit: Sauce Brewing Co. and The Plus Ones.

The Merchant of Venice Review