Dust off your beer goggles Sydneysiders, Sydney Beer Week is back! Sydney’s biggest celebration of better beer returns with over a hundred events over the course of nine days this October.

Sydney Beer Week will take place across Sydney from 20-29 October 2017, covering beer education, food matching, activities and showcase events. There are going to be numerous tap takeovers where local and nationwide craft brewers will be commandeering the beer taps in pubs all over Sydney showcasing their delicious varieties. So if you want to celebrate the week that it’s in, but don’t want to move past your own local, check out their website and see if any of your favourite brewers are coming to your side of Sydney.

Here are our handpicked favourite events for this year’s Sydney Beer Week. How many are you going to attend? 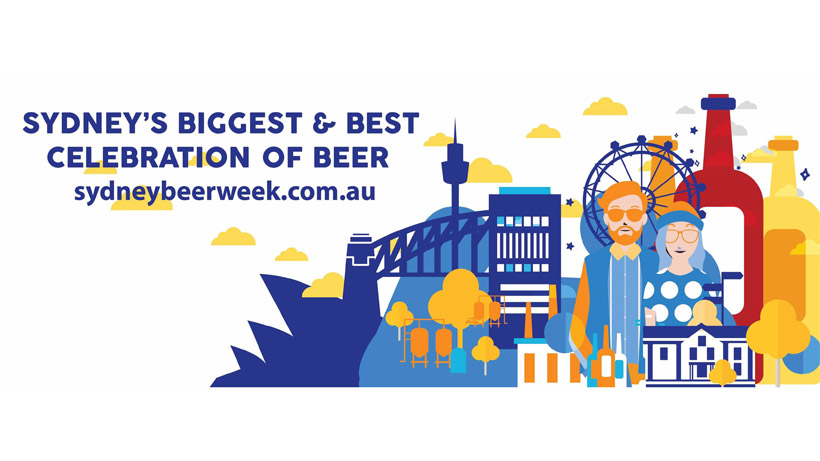 Kicking off Sydney Beer Week in style is the Opening Gala. The gala will be held at the Australian National Maritime Museum and offers attendees the opportunity to sample beers from some of Sydney and NSW’s best breweries as well as guests from around Australia and overseas. There will be live entertainment, a harbour backdrop, and some of the tastiest street food from establishments around Sydney. Ticket includes entry and a branded SBW beer glass to take home and recreate this can’t-miss event.

Do you fancy yourself a craft beer savant? Think you could correctly distinguish your ales from your lagers? Put your skills to the test and see if you are the best beer sommelier around at this unique Bling Beer Tasting hosted by The Wanderer and Wanderer Brew Co. Each night from Wednesday to Sunday twelve different Aussie Craft beers will be poured for you to taste and decipher – three lagers, three pale ales, three IPA’s and three mystery styles on rotation throughout the week. You’ll also get some matching food paddles to go with some of the best craft beer on the planet. Prizes for the most correct tastings, and you can enter as many times as you want!

This festival brings together female brewers, artists, musicians and providores in a Sunday Session at Wayward Brewing Co. Cellar Bar. Three live bands will rock the stage alongside live art, food trucks and a tap takeover of brewers from across Australia – including local legends Wayward and Young Henry’s. Donations on the door will go to the not-for-profit, WOHO, who support Women in Hospitality. It will be a chilled out arvo of tunes, food and beer, celebrating some of the best talent in the industry. Get ready for the Fempocalypse! 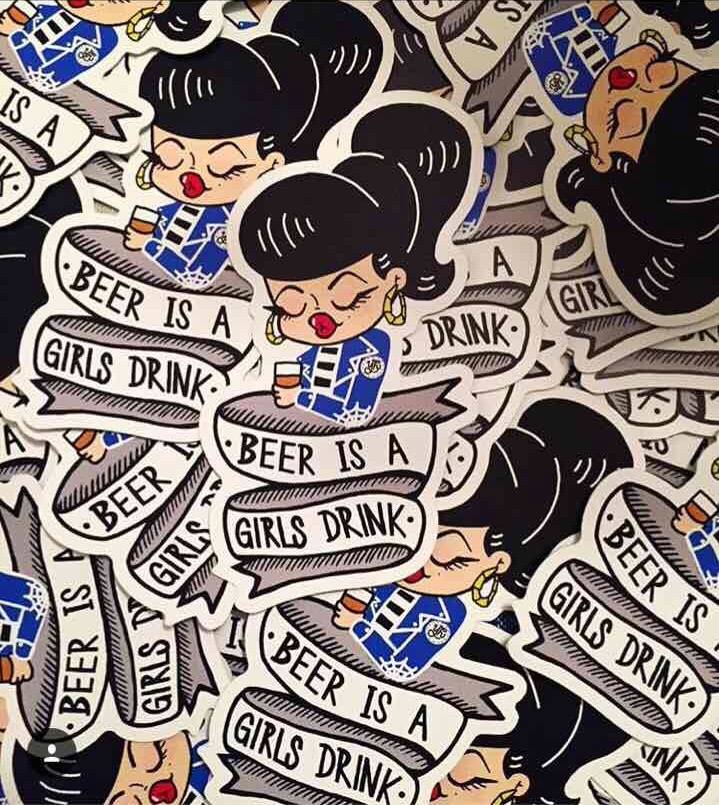 Taking place in the heart of the Inner West, Marrickville’s Factory Theatre. The Factory will be transformed into an ultimate Beer Garden and Beer Hall, boasting entertainment across multiple stages that will keep beer-lovers frothing all day! For their full lineup and more info subscribe to the OktoberWest’s newsletter and follow them on Facebook for the latest news, updates and exclusives. 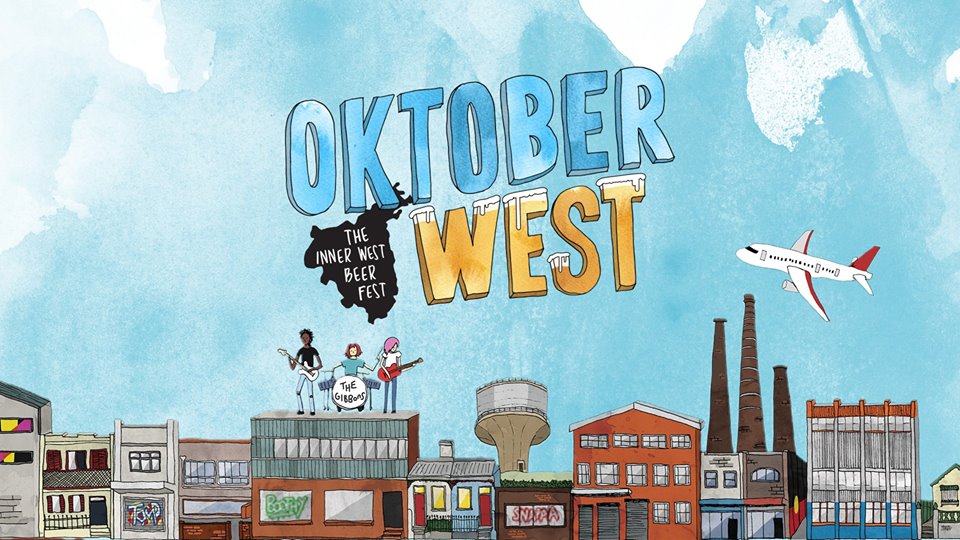 It’s the perfect month for it! Along with Inner West’s event, there are numerous other ‘Oktoberfests’ happening and this one could be the rockiest! It’s an outdoor beer fest with two key ingredients: killer beers and killer bands. Sackville’s car park will be transformed into a backyard beer garden space, with local and interstate suppliers having some of their finest drops available for you to kick back and enjoy.

One of the major events of the festival is the Sydney Beer Week Awards. Rub shoulders with some of the best beer brewers on this side of the globe. Whet your palates as you taste their wares while discovering this year’s latest talent and up and coming brewers.

The nominations are currently open for the Sydney Beer Week awards. Follow the link above and fill in the nomination form to cast your vote for your favourite bar, personality and beer. Add your details to your nomination and go into the draw to win a double pass to the awards held at The Union Hotel Newtown on Friday 27th October.

Besides the Opening Gala and Awards night, the Hair of the Dog Breakfast is probably the most anticipated event for this year’s Sydney Beer Week. Start the last weekend of SBW with a bang, 6 courses and 8 beers expertly paired by the Rocks Brewing Co. chefs and the Sydney Beer Week team. The Brewers will guide you through each of the beers. Hosted by Dave and Liam from Sydney Beer Week. 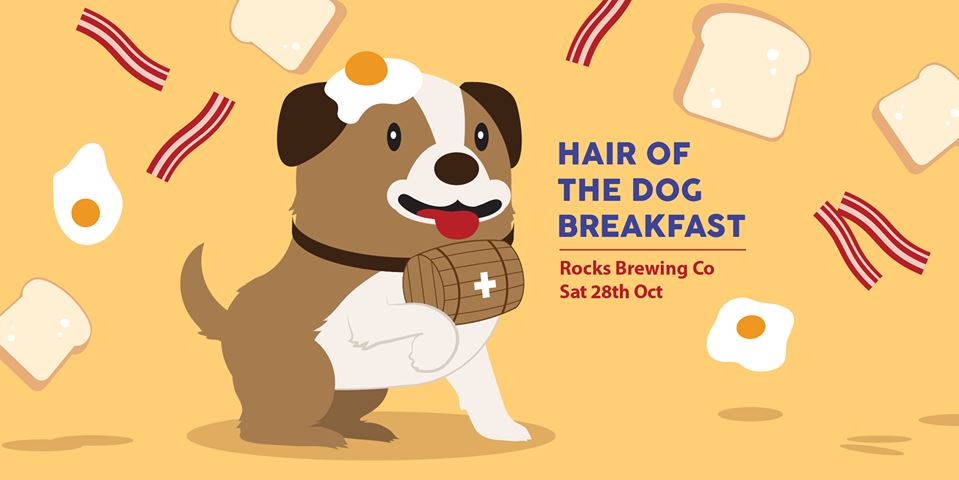 Exercise your minds, taste-buds and legs all at once with this incredible walking historic pub tour with a game twist. Hosted by Dave’s Pub Walks. You’ll visit four booze joints and enjoy a drink in each. Let their description tell you the rest:

“You’ll also get some dough that you’ll need to keep in your mits and try to grift from the suckers and boobs on the tour. Along the way, your guide will flap his gums and give you the skinny on the all the sly grog shops, hard boiled mobs and skirts on the game you’ll meet (or want to avoid).  By the end, whoever has got the most moola is the ‘Big Cheese’, and even the mugs and pushovers will at least get some knowledge in their noodles. Don’t be a wet blanket, book now because this tour is the cat’s pyjamas!” Now that sounds like an amazing event to us.

Finish off Sydney Beer Week with a good old-fashioned fight club – only this one you can talk about. Four big-name Sydney brewers go head-to-head in the finale of the 2017 Craft Beer Fight Club series. Held at the Dove & Olive. Winners of the previous four rounds will present their winning beer or make a substitution from their cellar. Your ticket includes a middy of each beer. You taste the beers, you vote the 2017 winner – their fate is in your hands. Meet the brewers, quiz them and test their knowledge. Not a bad way to close out the week.