The taste of Tokyo is heading to Sydney throughout the month of October, with the buzz of Japan’s capital coming to life at ivy Pool Club.

We were invited to the launch of Tiny Tokyo and greeted on the street level by enthusiastic performers. We were then kindly lead to the elevator by Pikachu, who pointed out the floor that the Pool Club was on and kept us entertained by dancing until the elevator arrived. 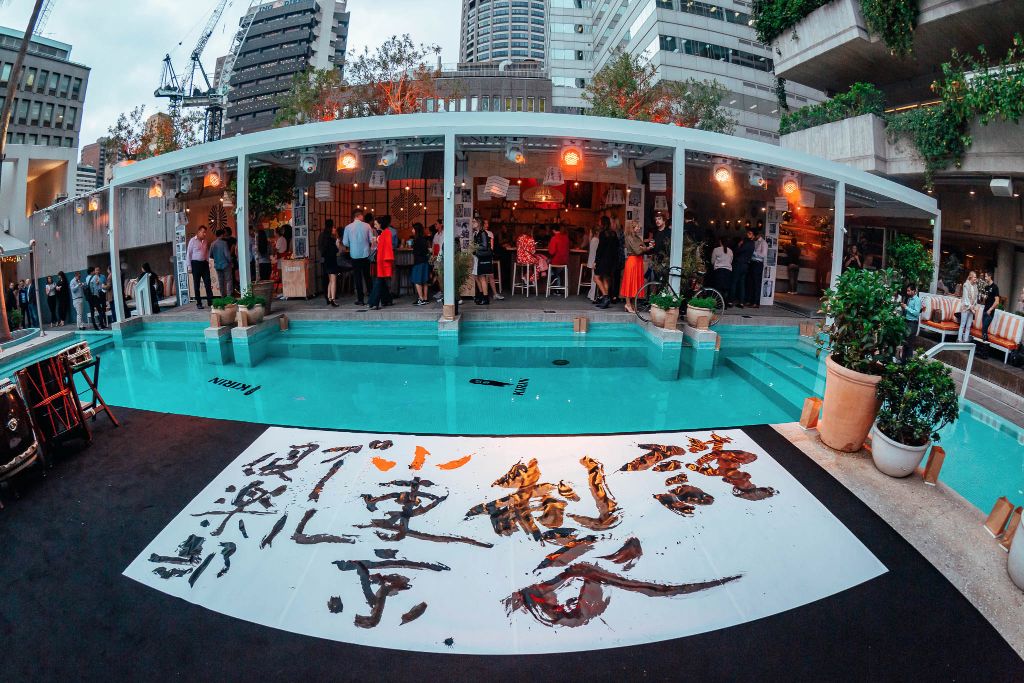 When we reached the ivy Pool Club floor, we walked into Tiny Tokyo heaven. The ambiance of the rooftop pool was gorgeous in the early evening light, and the four poolside cabanas were calling our name. Each one had a different theme, and was filled with tantalising Japanese food and a selection of Kirin beers that have not previously been available in Australia.

We enjoyed Teriyaki and Salt & Pepper Chicken Skewers, Pork Ramen, and Sushi, which paired perfectly with the Kirin Cider. As we sat to enjoy our food, traditional Japanese drummers took to the stage, and a live Japanese art installation began in front of us. 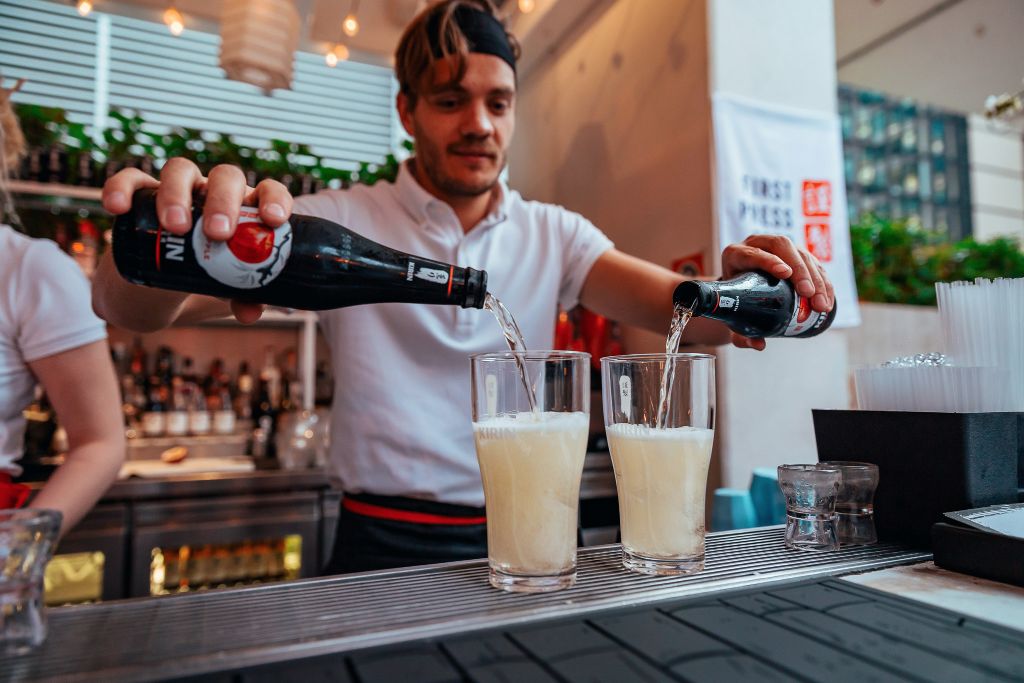 As the sun began to set, we headed to the last cabana and had Matcha Soft Serve with Vanilla Fairy Floss and Candy Sprinkles for dessert – it certainly satisfied my sweet tooth! We were then invited to do some Japanese calligraphy. Feeling sappy, I decided to write ‘love’, and my plus one (obviously enjoying her Kirin) decided to write ‘beer’.

Tiny Tokyo will be running Tuesdays to Fridays, from 6pm-9pm, throughout the month of October, with each night involving quirky Japanese entertainment.

Lover of all things retro, you can find Fab in a majestic movie palace or hogging the mic at a karaoke bar. Follow her on Instagram as she paints the town red @fab_pinup.

Disclaimer: The Plus Ones were the invited guests of Example.

The Plus Ones’ Guide to Sydney Beer Week 2017