“I’ve been a wild rover for many’s the year/And I spend all my money on whiskey and beer.” Preach!

Sydney is a haven for not-so-secret secret bars and The Wild Rover is a really special one. The whisky (not Irish, hence the ‘e’ omission) and gelato event immediately caught my eye. Who wouldn’t be excited?

A person not in the know would easily mistake the Wild Rover for a closed-up shopfront, but at night with a green light glowing in the darkness, you can come in from the cold and be greeted by friendly staff with delicious beverages. We were given a nice whisky and soda and ushered upstairs to the private bar where the tables were laid out with the whiskies to be tasted that night.

In place of their regular whisky tastings and in celebration of the World Class Cocktail Week, the Wild Rover and their whisky club, The Whiskey Co-Op, are hosted a cool (pardon the pun) twist on a regular tasting session. They partnered with Mr. Goaty Gelato and Simon McGoram — a National Whisky Ambassador — to create the unique event of artisan and bespoke gelato paired and created with Scotch whisky.

what we all came for. There were some pairings that blew my poor little Irish mind, and there were some that seriously confused my tastebuds. All were enjoyed by everyone.

We started off with a beautiful pairing with a gelato created and churned especially for the event. The gelato brought out the delicate vanilla notes in the whisky – which was coincidentally my favourite tipple of the night.

One of Mr Goaty’s delicious flavourings paired with one of the whisky world’s most well-known label. The whisky was biting but its underlying caramel flavours were drawn to the surface with one spoon of the decadent gelato.

Everything about this pairing was delightful to me. The cold brew coffee gelato was delicious and the Green Label – not an easy find usually after it was discontinued and then recontinued in Australia –  had a smoky vanilla oak, pepper,  woody flavour and rich mouthfeel that paired wonderfully with the rich gelato.

An interesting taste combination to say the least! This one was perhaps the most surprising pairing as the gelato had all the flavourings of Szechuan but none of the spice – super confusing but very tasty. The whisky helped cut through the sweetness to evoke the smokiness of the Talisker Storm.

Unlike the rest of the gelato, we were served actual mini choc top peanut butter gelato with Lagavulin whisky. I had wanted to try this whisky for a time and it did not disappoint. 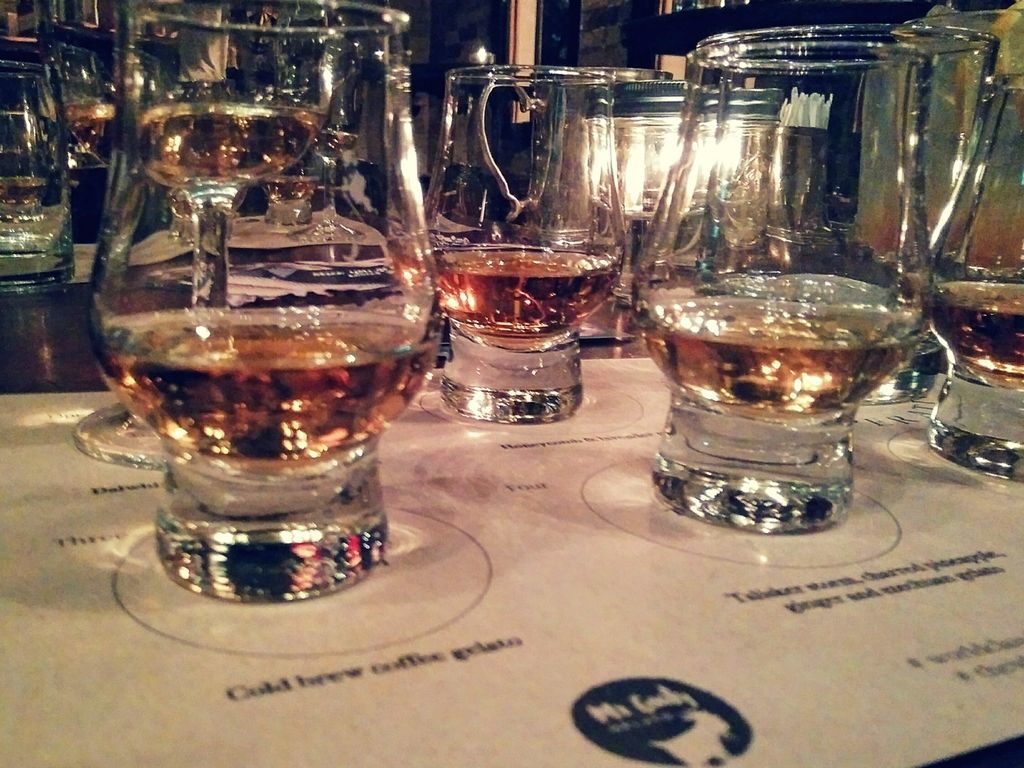 This was a once off event that brought the taste and the tipple. Unfortunately, it will not be repeated but The Wild Rover’s Whiskey co-Op host events throughout the year and free monthly tasting for members! Check it out here.

What events are you checking out for World Class Cocktail Week? Check out our guide to see what events you shouldn’t miss before the week is over!

Read our guide to the best events of the week.

Disclosure: The Plus Ones are invited guests of Example.
Photo credit: The Wild Rover, writer’s own.

One Day in India – Cooking Class in Sydney with Anjum Anand