You wouldn’t normally associate highbrow French filmmakers with pulpy genre films and familiar horror tropes. Least of all Olivier Assayas, whose last film, The Clouds of Sils Maria, was a highly unconventional take on a relationship drama and a study in character development.

In his latest, again pairing with Kristen Stewart (who starred alongside Juliette Binoche in Sils Maria), the challenging writer and director uses a plot that would work in a Victorian ghost story, suspense scenes that resemble Hitchcock, and a twisty plot to boot. Yet none of Personal Shopper ever feels like well-worn territory. It’s something entirely new.

This time around, Stewart leads the film instead of sharing it. She plays Maureen Cartwright, a personal assistant to the dismissive and high profile Kyra (Nora von Waldstätten). The job takes up most of her time, but Maureen is in working in France for something else. She’s mourning her twin brother Louis who died from a heart defect she shares and which could kill her at any time. Before he passed, she and Louis agreed that whoever died first would send the other a sign from the afterlife. 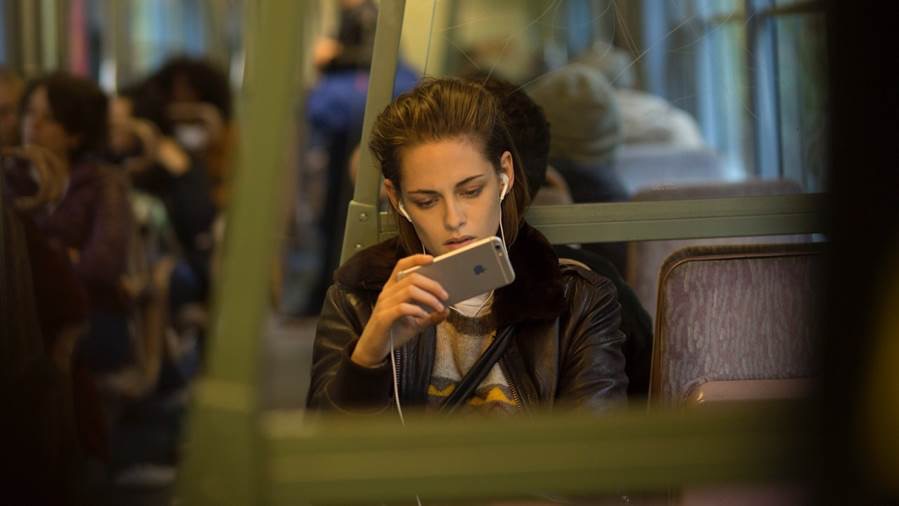 This film is scary. It opens with Maureen staying overnight in the house where Louis died, waiting for a sign from him. It plays like a scene out of Paranormal Activity, but better filmed and far more mysterious. The camera follows Stewart from behind, stalking her in a long take as she runs up and down the stairs chasing sounds and a mysterious, jagged cross that appears on the wall.

Other edge-of-your-seat moments include a series of text messages Maureen receives from an unknown number. They come to her phone one after the other when she switches it off aeroplane mode, each text signifying that the sender is getting closer and closer to her apartment. Who knew texting could be such an effective device for suspense? Assayas proves that if Hitchcock were alive today, he’d be all over technology and its infinite possibilities for clever, creepy storytelling.

As Stewart has continued to distance herself from the Twilight saga, she’s grown exponentially as an actor in each film, this one being her finest performance yet. She carries the grief of her brother’s death like a heavy coat that blots out the light, while playing the more thrilling moments with a fragility and a genuine sense of terror that drags empathy out of the viewer. She manages to make these moments all the more unsettling.

While the film contains a few jarring tonal shifts and a couple of scenes towards the end that feel a bit baggy. Stewart’s controlled, mature performance holds the whole thing together.

Worth the watch for anyone, especially Assayas fans, Stewart devotees, and horror lovers in need of a good scare.

Personal Shopper is in cinemas 13 April.

Disclosure: The Plus Ones were invited guests of Ned & Co.
Image Credit: IMDb.