In the heart of Newtown, Old City Kitchen & Bar sits inside what was probably someone’s home. The sense of hospitality you get from the chef and staff when you enter resembles a homey atmosphere, too.

A marble-topped bar overlooks the spacious room, where lots of small tables and wooden chairs play host to groups of locals, people on dates, families and friends.

I was part of a select group of celebrities (including Keira Maguire from The Bachelor and I’m a Celebrity, Get Me Out of Here), bloggers, influencers, and media to be invited to an intimate preview of the new menu.

The ‘Old City’ in the restaurant’s name hearkens back to the Levant — the area of the Middle East that touches the eastern edge of the Mediterranean. Think back to your geography lessons at school and  you’ll recall that it’s Israel, Jordan, and Palestine that make up this region.

Executive Chef Chrys Xipolitas was on hand to talk us through the menu and to ply us with a seemingly endless array of dishes. My tablemates and I began by throwing caution to the wind and not pacing ourselves at all. It was impossible, when the first dish to come out was a mezza plate with the most divine taramasalata (not too salty!), hummus, and feta and more.

After that, the dishes came in quick succession: prawns seasoned with fresh chili, garlic and parsley, with special dipping sauce; ‘Island Salad’; zucchini flowers covered in finely-shaved pecorino cheese. The standout for me was the homemade haloumi. Topped with fresh mint and grape salsa, covered in a balsamic glaze, it was heavenly. And even more interestingly, Chrys explained that they only grill it on one side, not both.

We thought we were done, but no: the hospitable chef kept bringing out more and more dishes to showcase the updated menu. For mains, we were served braised three-hour cooked octopus. Za’atar chicken made an appearance (love that spice mix!), as did a Mediterranean salad. My recommendations for when you go are the spachcock — an unusual menu item — and the  Old City prawns. You know it’s good when the dish uses the restaurant’s name. 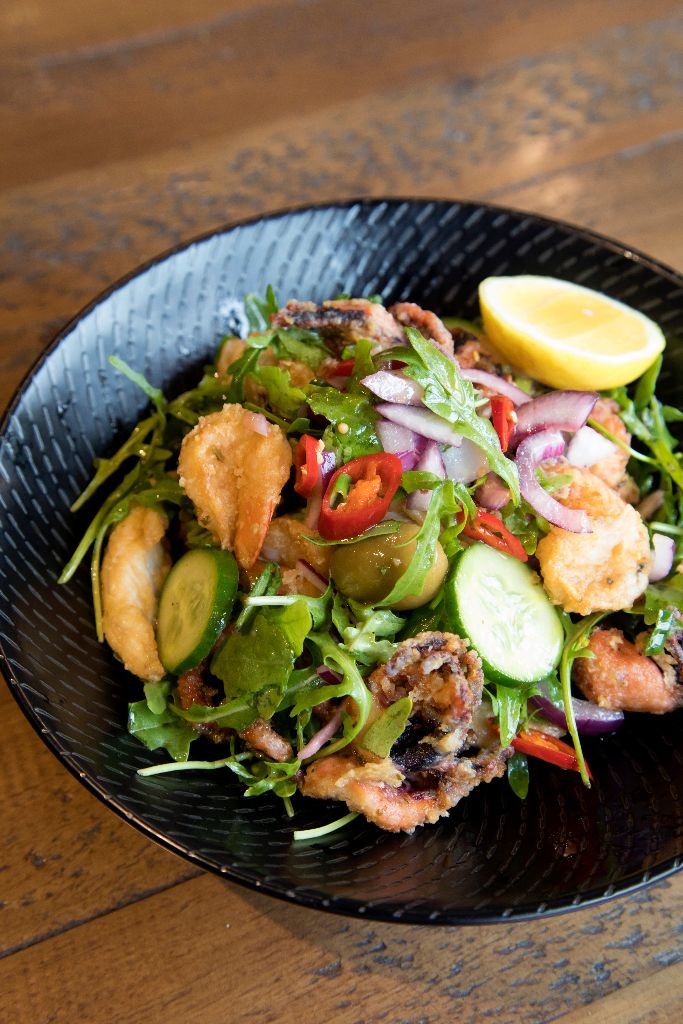 Old City Kitchen & Bar’s new menu showcases the wide variety of flavours from the Levant in a homey setting that will make you feel as if you’re in your grandmother’s neighbour’s kitchen (the neighbour who loves cooking for everyone).

Go for a night with friends, a date, or just because you feel like treating yourself to some delicious food with vibrant flavours.

– Theresa
Co-founder of The Plus Ones, Theresa loves exploring the world through culinary experiences.

Disclosure: The Plus Ones were invited guests of Huddle PR.
Image credit: Huddle PR.

Film review: Personal Shopper, An eerie take on the effects of grief

Mövenpick: A Matcha Made in Heaven