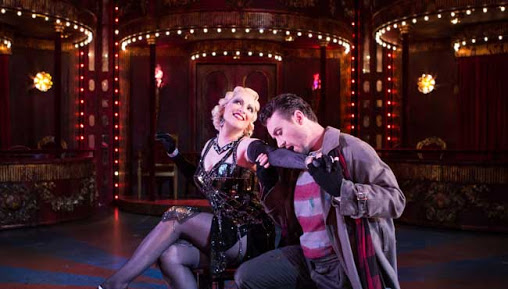 For anyone who has not yet been acquainted with the fabulous world of opera, there are currently two Opera Australia productions showing at the Sydney Opera House which would serve as the perfect introduction: Puccini’s La Boheme and Mozart’s The Magic Flute. Both capture the essence of opera in its beauty and grandeur, and yet both are accessible to the modern audience, even the very young.

La Boheme is a classic tale of youth and romantic idealism, of love and mateship, which transcends era and generation, and has inspired several famous modern adaptations, including the smash-hit musical Rent and Baz Luhrmann’s award-winning film Moulin Rouge.

Orignally, Puccini set his opera in 1830s Paris, which was the hotspot of free love and artistic interchange for bohemians from around the world. Opera Australia’s current production relocates the drama to 1930s Berlin, which was a parallel world of glitz and glam, with a similar seamy, sordid underbelly. The translation works brilliantly without creating discord with the plot.

Four friends – a poet, a painter, a philosopher and a musician – live in a bleak, empty attic, cold and hungry, valuing their freedom over work and their romantic concept of a passionate love over the realities of a relationship. Forget 1830s Paris or 1930s Berlin; it could just as well be a modern bunch of university students bumming their way through their degree, as they ‘study’ whatever appeals to them, living on ramen and pot, drawing out their adolescence as long as possible, delaying the inevitable moment in which they have to face the real world and real work. 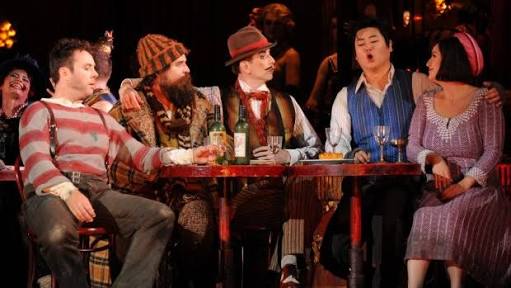 The dialogue is all sung in Italian, which naturally contributes to the romance and exoticism, but there are, of course, English surtitles, so no need to worry about being lost. The set design and costuming is at times magnificent, opulent and sumptuous – the revolving balconies, glittering fairy lights, velvet, fringes and fishnets conjuring up a hedonistic world of the desire of the eye and the pleasure of the flesh. This is sharply contrasted with much simpler, poorer styling for the sorrowful, harrowing scenes of homelessness, sickness and death. This juxtaposition highlights one of the themes of La Boheme – art, passion and excess is no match for harsh, bitter reality.

Puccini’s score soars with broad, sweeping, long-limbed melodies which lends greatness to the stories of these ordinary people. The Opera Australia cast and orchestra are consistently fabulous. Yosep Kang gives a standout performance in the lead male role of the poet Rodolfo. Although his hand and body movements are a little detached in the early love scene, his vocals are hard to fault, evoking tenderness, depth, strength and passion. Lorina Gore, who presents as a Madonna-style Musetta, circa ‘Material Girl’, delivers an exhilarating performance of the most famous song from the opera in the most spectacular scene.

The Magic Flute is a story that is just as appealing today as it was when it was written back in 1791. Really, you can’t go wrong with magic, monsters, the battle between good and evil, true love, treachery and heroism as your ingredients. It has been described as “Harry Potter meets Star Wars”, so it is no wonder that there are more children to be found in the audience than on the average night at the opera. This is a family-friendly event. 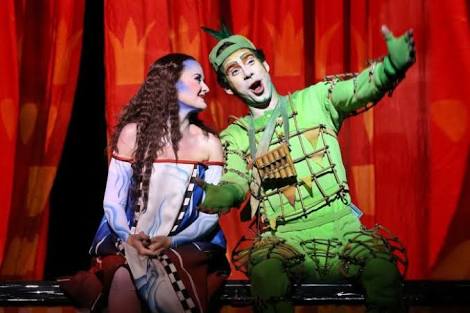 But for all its lightness, silliness and fun, all its fantasy and adventure, this is a serious musical masterpiece. It is one of the most famous operas ever written, containing some of the most recognisable tunes that every piano student learns to play, as well as some of the most impressive vocal acrobatics that a soprano could show off with. Hannah Dahlenburg does a mind-blowing, window-cracking job of this as the evil mother, Queen of the Night, thrilling the audience with her shrill trills. Helpmann Award winner Taryn Fiebig gives a moving performance as the damsel in distress, Pamina, and her rescuer Tamino is played thoughtfully and successfully by John Longmuir. Samuel Dundas delights in his energetic, very real, very likeable incarnation of the simple, sensual, flawed Papageno. Really, the only disappointment is the weak vocals of Benjamin Rasheed as the villain Monostatos, who pales in comparison with the rest of the talent on stage, and manages to come off more as a bumbling buffoon than a dark and dirty devil. 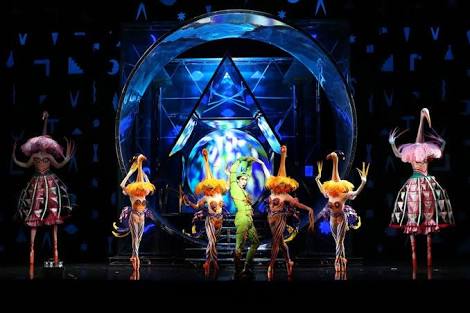 This production was orignally created by Julie Taymor, famous for her Broadway production of The Lion King. The set, costumes and giant puppets combine in an impressive spectacle. What makes this production so perfect for first-time-opera-goers is that it is in English. Quite often a translated opera sounds strange, with stiff diction and forced rhymes, and the audience often wishes it was left in its original language. This is not the case with this masterful translation from the German libretto into natural-sounding modern English, which helps us understand and sympathise with the characters. The emotional balance is maintained, as is the connection between stage and audience. This is also assisted by the fact that The Magic Flute is not one of those operas in which every word is sung. There is actually quite a lot of spoken dialogue in between the arias, and this flows like everyday street talk. 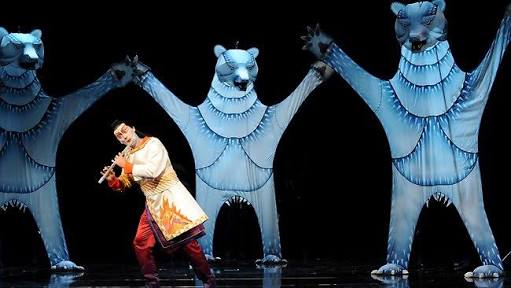 Get a group and go see your first opera! The Magic Flute is showing at Joan Sutherland Theatre, Sydney Opera House, until 16 January. La Boheme is showing until 23 March, 2016.

Flickerfest: A Paradise of Short Films by the Sea!