With spring around the corner we better make sure we are all up to date film wise before bringing in such a pleasant season. It might only be my impression, but August and September look like the best months to catch films at the cinemas, as they are featuring the freshest releases from recent international film festivals. These are our favorite movies now/soon to be showing at Australia’s best cinemas. 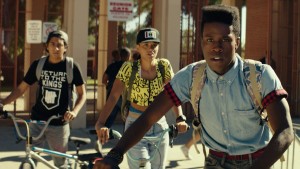 This American film screened at the Sundance International Film Festival and went on to become the audience favourite. Cannes Film Festival in France selected to close the Directors Fortnight section with this film. This year in Australia it premiered at the Melbourne International Film Festival and from reading the synopsis, watching the trailer and browsing its website, there’s no doubt Dope will be the perfect film to kick off spring. This film can be seen from two sides. You have the usual story of an American boy trying to enrol at college, but not before going through numerous obstacles while having fun and hanging out with his friends. Alternatively, you can see it from a more socially interesting perspective, as the film closely depicts the dreams and hopes of an Afro-American guy who lives and studies in a tough neighbourhood in LA. His biggest dream is to be accepted at Harvard, and this is perhaps when the film gets interesting. Breaking the stereotypes of young Afro-American males as dangerous and second-class citizens, with no hopes, no dreams and no professional/academic goals, as it is often depicted in the American media. This story takes us through the life of geeky Malcolm and his very achievable but challenging dream. In the film he is confronted with different options like whether to make money the easy way or to be what he’s always wanted to be, and finally get it. An awesome and fun movie for a weekend night out. 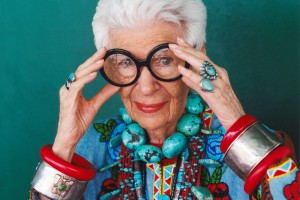 For fashion and interior design lovers, for documentary purists, for followers of eccentric personalities and for seekers of inspiration, this is for you! Iris, produced by Magnolia Pictures and directed by the amazing Albert Maysles (Grey Gardens, Gimme Shelter) is a fast paced documentary, full of colourful shots, thorough research and compelling interviews on how the industry of fashion works. The film also features unique female quotes and reflections on life, threaded by the very personal and intimate storytelling of Iris. As the first self-proclaimed woman to wear jeans, irreverent New York fashion scene personality Iris Apfel knows what it takes to get immersed in the world of fashion. This iconic woman understands that she’s not up to the pretty face standards that the world has come to know and that what really matters is her style. And it is definitely this UNIQUE STYLE that you will witness from beginning to end in this biographical documentary of one of the most known and beloved personalities in the industry. Enjoy! 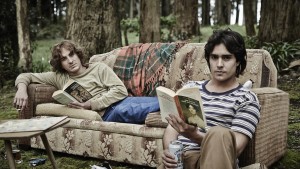 Before I tell you about this film, you should be aware that this is actually an adaptation of Australian writer Timothy Conigrave´s bestselling memoir under the same name, which has also been showcased on the stage where it became a popular Australian production abroad. Holding the Man was chosen for the successful closing night of this year’s Sydney International Film Festival, gaining the best reviews and commentaries afterwards. Holding the Man is a 15-year love story between two men in a time where same sex relationships were a big taboo. In the film they surpass all possible obstacles over a long period to remain together, however there was one thing they couldn’t fight… The film, in addition to being appropriately relevant at the moment delivers very good performances by actors Ryan Corr and Craig Stott where the chemistry between them is clearly transmitted to the audience with beautiful results. Make it your dose of Australian cinema for the second half of this year!

Female director Céline Sciamma (Tomboy, 2011) brings us a confronting and heartwarming story of what coming to age for a teenage girl is all about in a rough area of contemporary Paris. Untold stories of gender, race and class issues for African-French female teenagers are the core subjects of this proclaimed masterpiece that premiered at the Director’s Fortnight at Cannes. Girlhood also screened at the Toronto Film Festival and was nominated for several Cesar Awards this year. Teenager Mariame (Karidja Toure) lives in a single parent family with a mostly absent mother and dominant brother, where she is responsible for her younger sisters. After falling out of a typically dysfunctional school system due to her poor academic grades, she is soon introduced and moulded to the aggressive atmosphere of street life for the sake of her independence. With astonishing performances from its protagonists, the film projects women’s empowerment in every scene while depicting amazing and seldom explored themes on the big screen. Girlhood is the best foreign film at the movies at the moment. It’s definitely worth a ticket.

5. Me and Earl and The Dying Girl 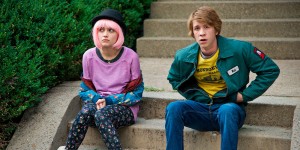 Greg and Earl are friends from high school. Not from the popular gang mind you, rather, they spent their time re-making films in their own unique, resourceful style. Then there’s Greg’s mum, a heartfelt woman who with the best of intentions introduces Rachel, a leukemia patient, to Greg, in a hope to make her life better. Or so she thinks. Director Gomez-Rejon creates a familiar scenario of friendship, love and youth, where the protagonist goes through a series of changes brought about by random events and his friendship with Rachel. They never imagined they would grow to like each other, and as their friendship and affection grow, life gets tougher as Rachel gets progressively sicker. With an amazing young cast, and a very poignant story, this film will steal your mind and heart for just under two hours.