We’re familiar with Beatlemania, the Boy Band craze of the 90’s and even more recently Directioners and Beliebers, but sometimes obsessed fans can take things one step too far. This teenage frenzy is the basis of this new Australian musical. Meet Edna, Jules and Bri, three friends just starting out in high school all obsessed with the same boy band True Connection! When the band’s lead singer, Harry, announces an Australian tour, the girls are more than excited about the prospect of going to see their obsession. When only two out of the three girls get tickets, the third falls into a depressive spiral and things get slightly out of hand.

In what can only be described as another triumph in Australian musical theatre, Yve Blake has created new theatre for the younger generations and yet one that all generations can relate to. She brings her comedic prowess to the writing and music of this show allowing for a humorous approach to the obsessive side of fandom. I don’t want to jinx it, but I see some glittery statues in this show’s future.

The sets simple use of LED screens and suggestive props allows for the rather empty stage to be easily transformed from teenage girl’s bedroom, to the locker room, to a concert stage. While all the rage at the moment and sometimes unnecessary used, the technological additions to the show only increases the teenagers’ point of view through the use of multiple screens and selfie recordings. However, what I think is most impressive about this show, is the extremely talented cast of nine. 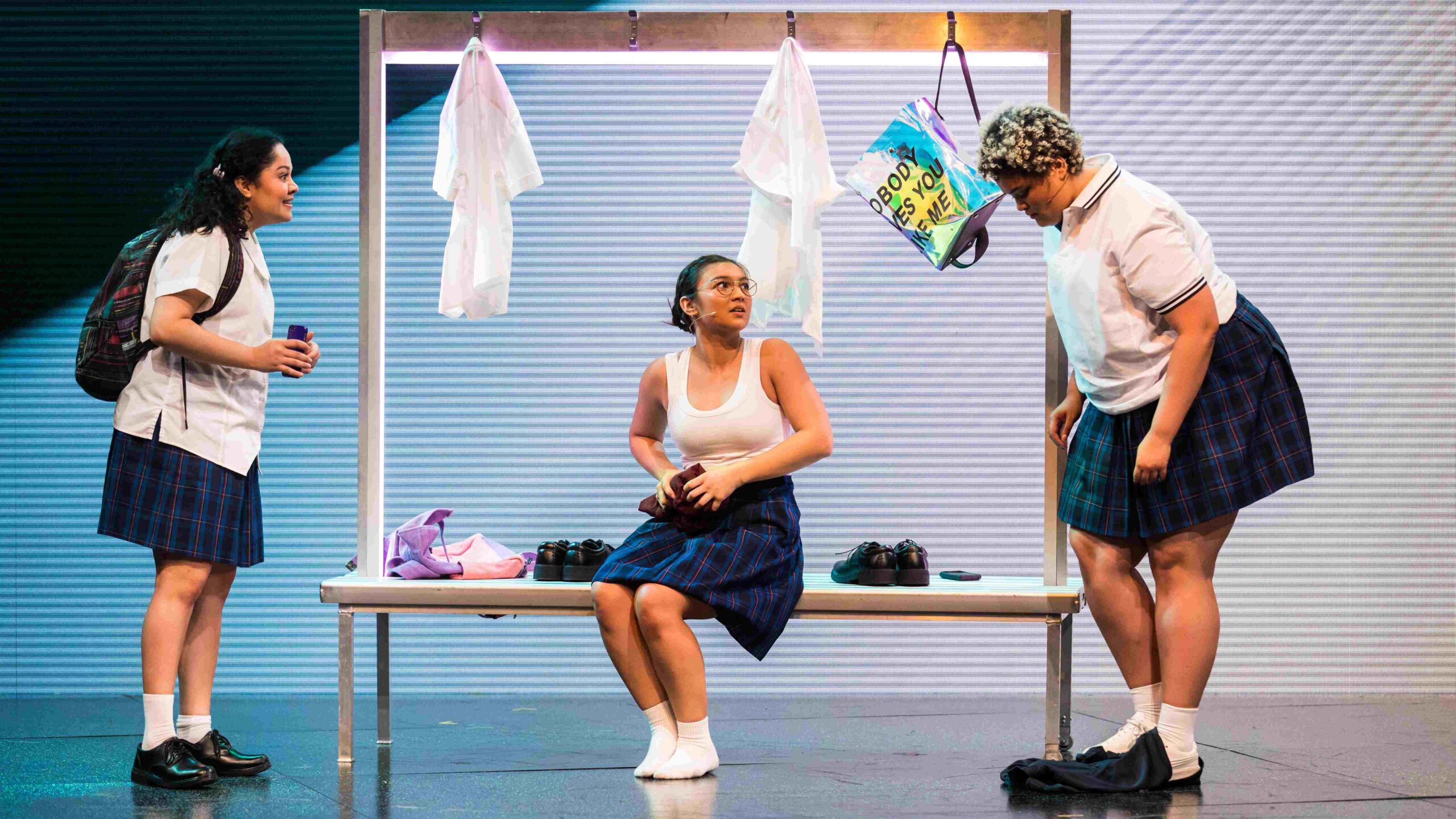 Sublimely led by Manali Datar playing Edna, this cast play multiple roles across the whole show convincing you that there are many more people on stage than there actually are. Beside Datar, we get stella performances from Tonieka Del Rosario playing a timid but determined Bri which perfectly balances out the large and in charge Jules, played by Milo Hartill, who brings a teenage attitude which makes parents squeam in their seats. Other honourable mentions go to Caroline, played by Danielle Barnes, who accurately portrays a mother completely astounded by her daughter’s behaviour and Blake Appelqvist, who plays our gorgeous heartthrob lead singer, Harry.

Fangirls is one of those shows that has something for everyone; it’s family friendly and chaotic for the younger audiences, as well as hitting some really heartfelt themes for our older audiences. Make sure you get to see the brilliance of Fangirls at the Sydney Opera House before it takes the world stages by storm. 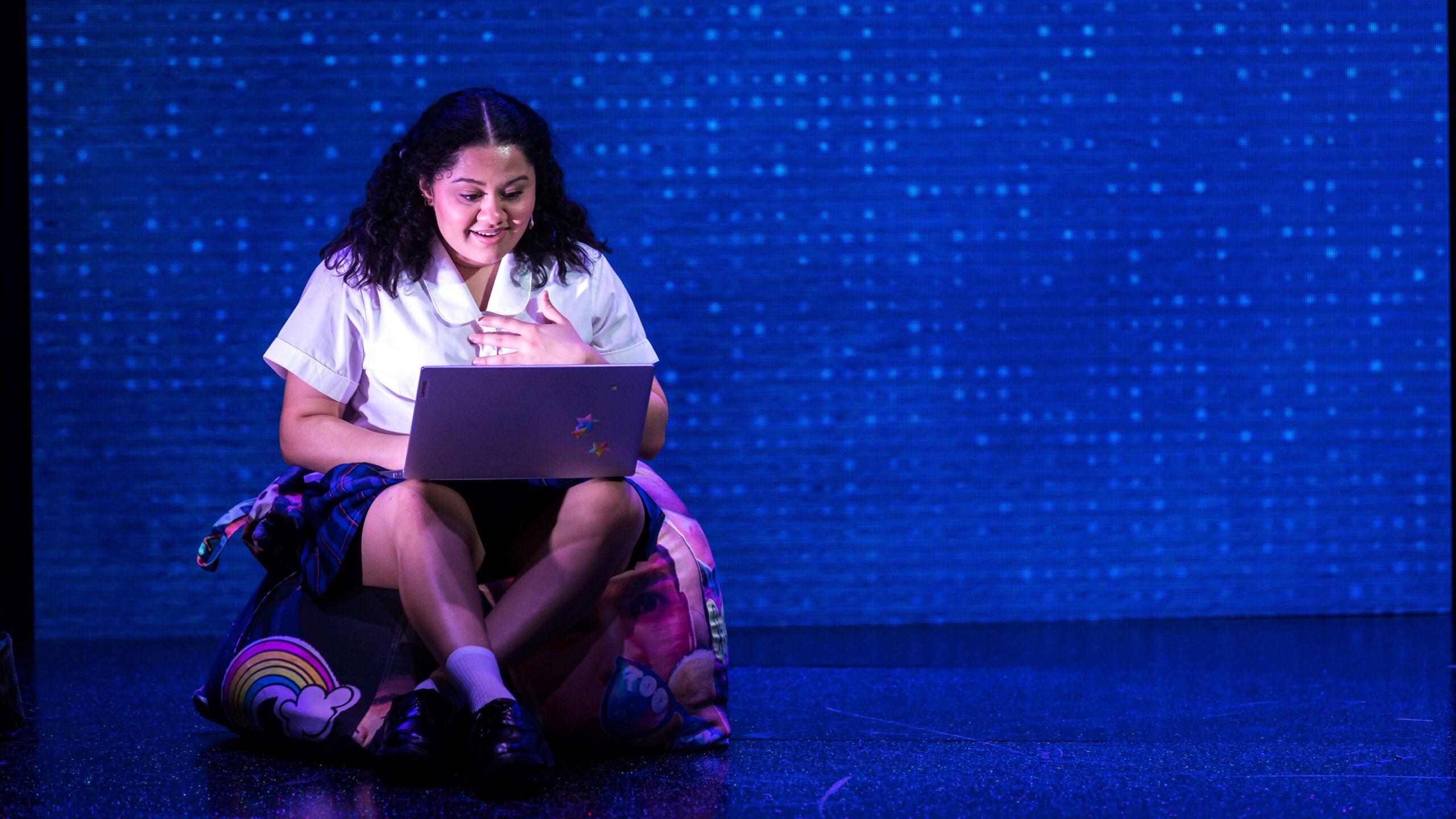 Disclosure: The Plus Ones were invited guests of The Sydney Opera House.
Image credits: Dayna Ransley.