You may love your job, but there’s no more fun you can have than working the 9 to 5 with Dolly Parton and her musical, currently playing at the Capitol Theatre.

I could spend the following 500 words writing about the wonder of Dolly Parton. You can’t help but love her music, and her effervescent personality brings a smile to everyone’s face… Her musical is no different!

Based on the original 1980s movie, 9 to 5 explores the working lives of three women who band together to improve the culture of a finance company. The stage version has been adapted by the original screenwriter, Patricia Resnick, and with more original songs by Dolly Parton, you can’t help but chuckle your way through the show. I was fortunate enough to see this version on the West End a couple of years ago, and I couldn’t wait for it to arrive in Australia. Since then, the world has “matured” in its workplace behaviour and equality of the sexes; nevertheless, some very poignant lines in this show make you question whether things are better for women in the workplace in 2022. 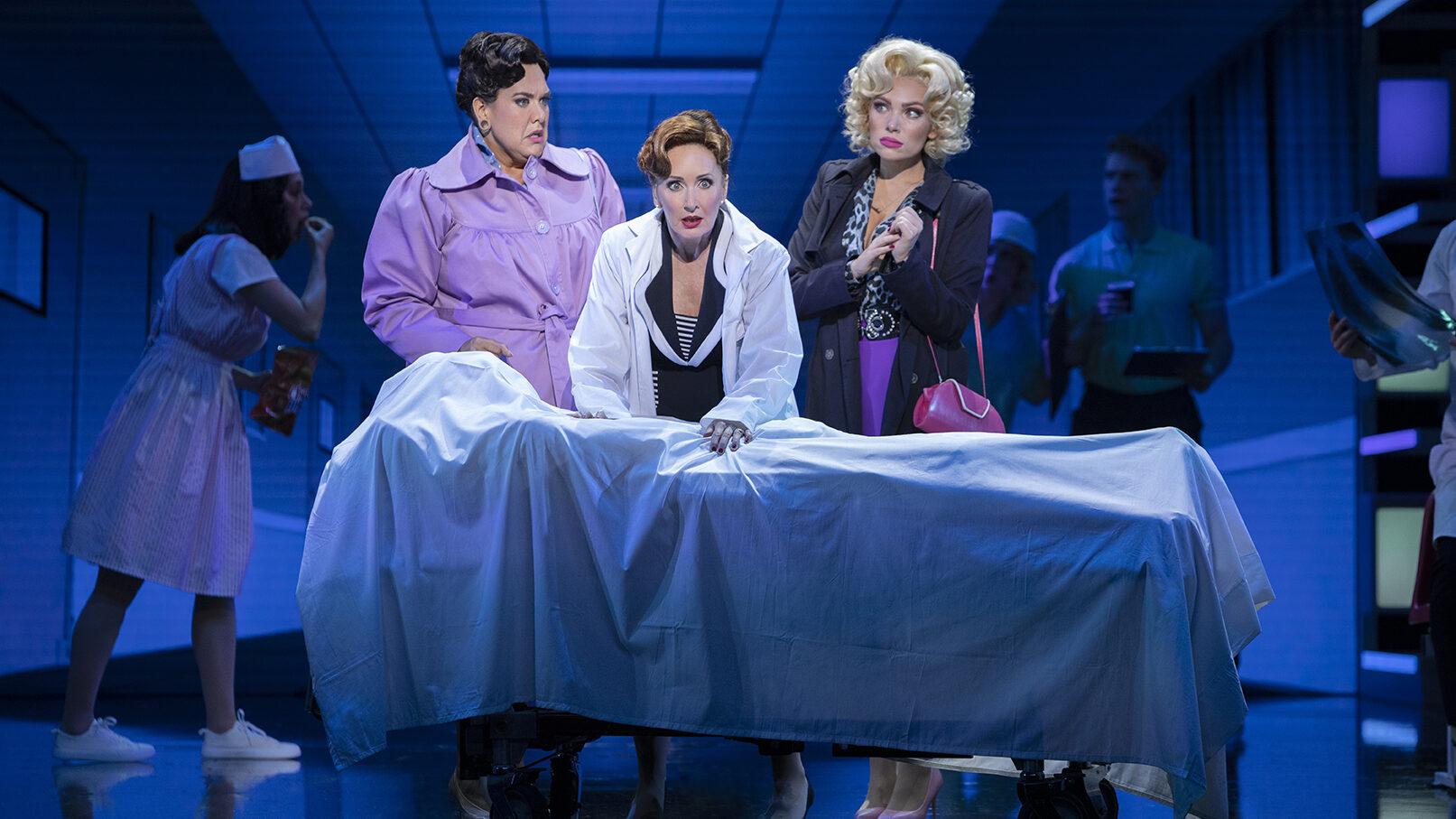 But if you’re reading this thinking that it’s another message piece, you don’t know Dolly very well. In her typical humorous way, the story takes a light-hearted approach to a somewhat serious topic. It’s this sort of tongue in cheek humour that needs perfect comedic timing, which this female-led cast delivers to perfection.

The producers have gathered together the crème de la crème of Australian theatre. Marina Prior, Australia’s first lady of theatre, takes on the role of Violet Newstead with vim and vigour that you can’t help but love. 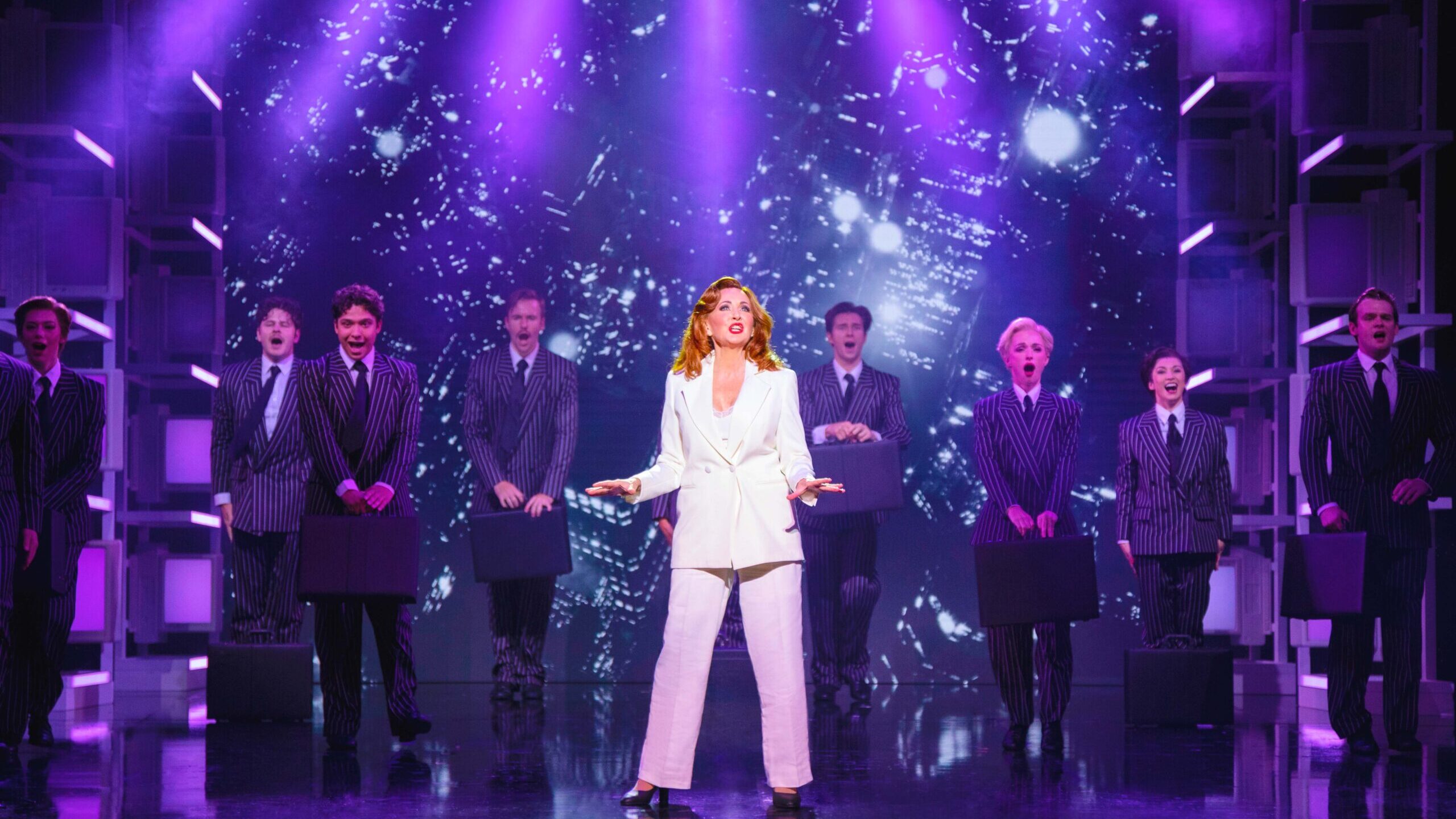 Erin Clare, who I recently saw in the Hayes Theatre’s production of Merrily We Roll Along, has finally and deservingly found her stride on the main stage of Australian theatre with her portrayal of Doralee Rhodes. Her big brassy vocals tempered with a hint of Southern accent pays homage to Dolly’s original character and is a perfect casting choice.

Another Australian theatre legend, Caroline O’Connor, plays Roz Keith, a stuck up yet doting executive assistant to Franklin Hart Jnr (played by Eddie Perfect). With such talent, she often steals the scene even though she’s in a minor supporting role. But the name on everyone’s lips is Casey Donovan.

It’s been years since Casey came onto the scene in Australian idol, but she has established herself as a tour de force in musical theatre. Who knew that a woman with such a massive voice as to play Mama Morton in Chicago could pair it back to be a mousy little divorcee nervous about her first job. Not to give anything away, but Casey earns every standing ovation she gets in the second act.

I honestly think that these four women could sit in the pyjamas on the stage, and you would still be blown away by these performances but add a tight ensemble, a well thought out set and a killer band; you get an entertaining night at the theatre.

With the world going to hell in a handbasket, come and escape reality with Dolly Parton’s 9 to 5.

9 to 5 runs for 2 hours 30 minutes (including interval) and is playing at the Capitol Theatre Sydney until 1 May 2022. Tickets are available through Ticketmaster. 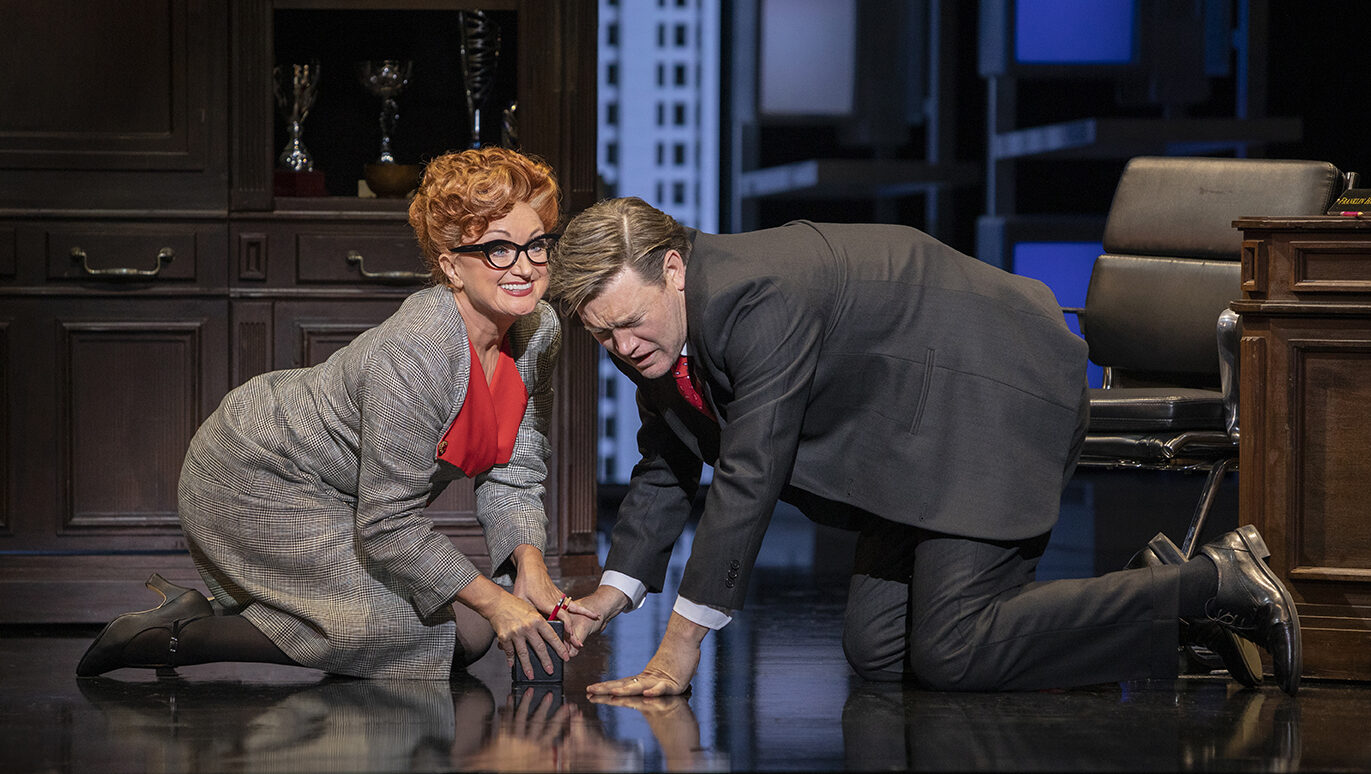 Disclosure: The Plus Ones were invited guests of IPPublicity.
Image credit: David Hooley.