The future of Australia’s Theatre is in good hands if the National Theatre of Parramatta’s Launchpad double-bill is anything to go by. The two shows, The Sorry Mum Project by Pippa Ellams and Let Me Know When You Get Home by Miranda Aguilar, feature young and refreshing stories from Western Sydney. 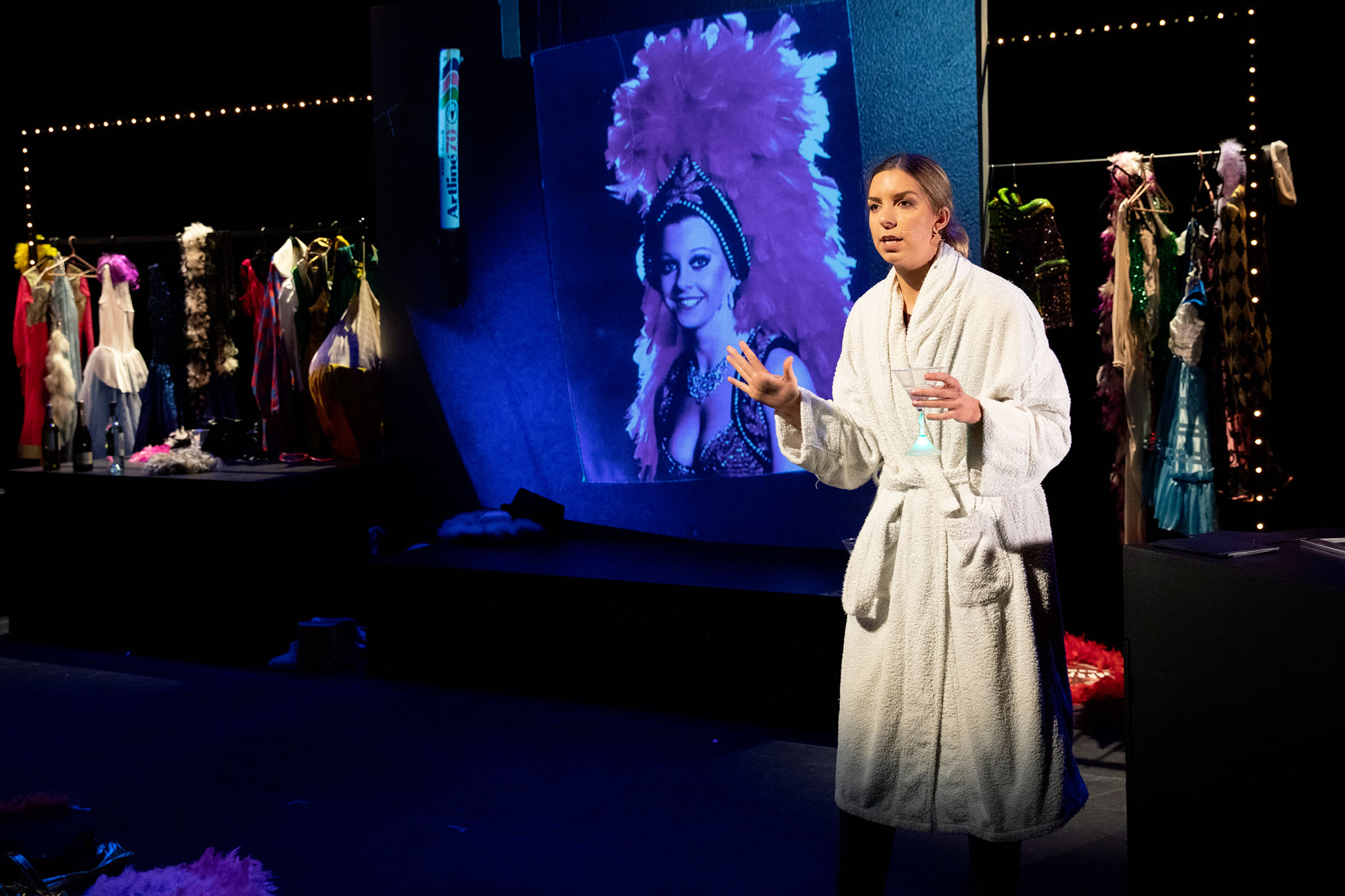 This one-hander cabaret explores the relationship between Pippa (played by Pippa Ellams) and her performer parents particularly her showgirl mum, Barbara. The show takes you through a series of awkward, embarrassing, infuriating, exacerbating interactions between a mother and daughter. Although completely introspective, the stories draw the audience in with those familiar moments that we all remember from our childhood; a parent being embarrassing at school, parents fighting in public and moments, usually in late teens, where we start to see the real human side of our parents.

At times the references are too niche for the audience (I couldn’t believe how many people didn’t know who Harold Holt was) and the emotional flow starts to stagnate, but the sharing of personal stories and family photos really draw the audience into a piece of theatre which most of us need in our lives, an apology to our parents. Throw in a tap number and a showgirl performance and The Sorry Mum Project becomes a nice little show. 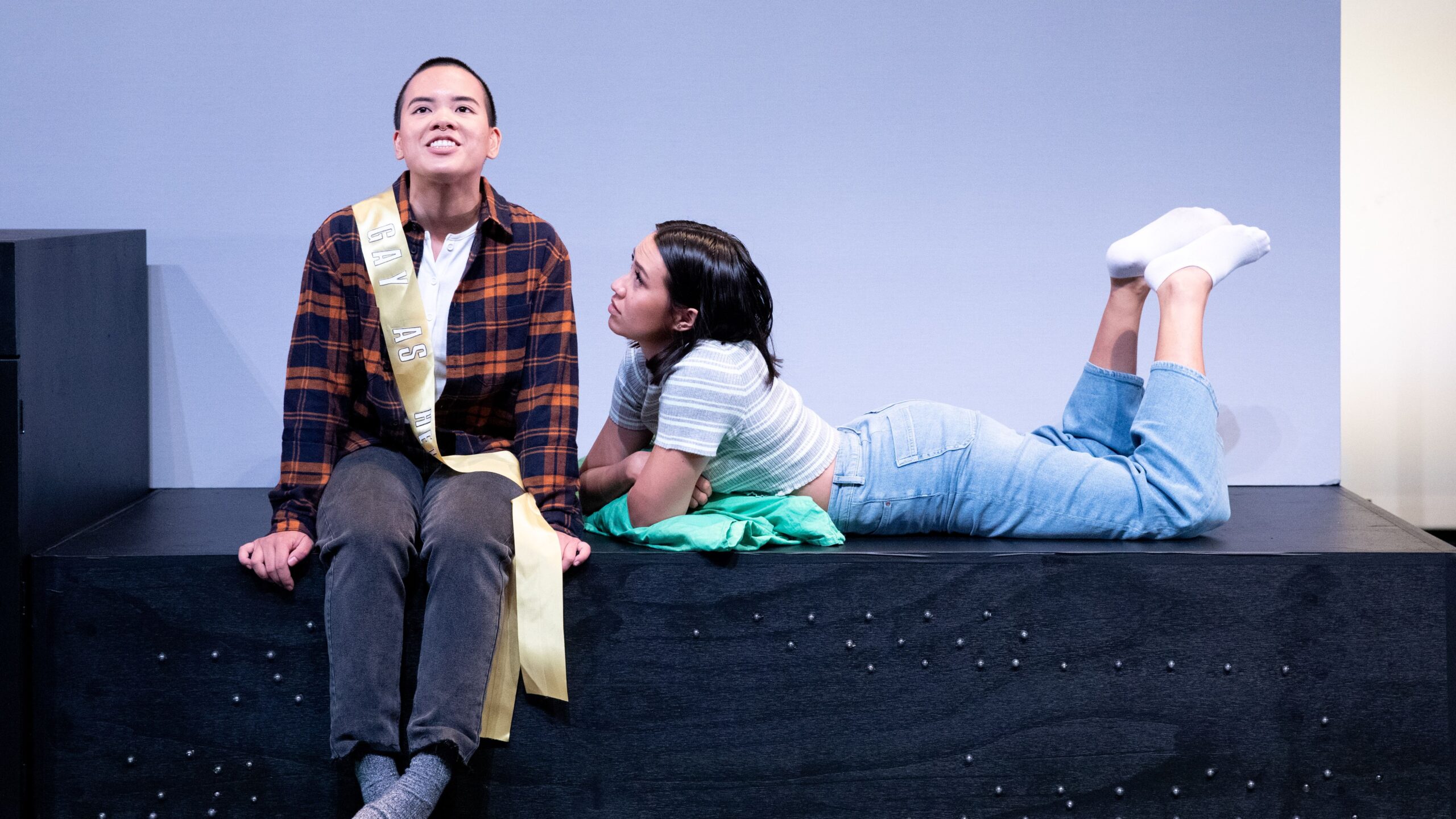 Let Me Know When You Get Home

As someone who hasn’t lived in Sydney City, I’m all too familiar with it’s being hailed as the queer promised land. More often than not, people move there for freedom and acceptance and find that it’s not really different to where they came from (apart from a few more rainbow flags at Mardi Gras). Let Me Know When You Get Home explores a year in the life of Val (played by Gloria Demillo) who is exploring her sexuality in Western Sydney. She too has become enthralled by the notion of escaping Fairfield even if it’s to the detriment of her relationship with her mother (played by Jemma R Wilks) and her best friend Thi (played by Brooke Lee).

Val tries to find solace in a Mardi Gras float but rather is exposed to the dysfunctional side of the queer community in particular from a controlling woman Dakota (played by Rose Maher) and a lonely manic but fabulously exuberant person Prince (played by Tommy Misa).

As a gay man, there are a lot of things in this play that resonates with me and while sometimes the narrative skirts around clichéd queer storylines, the show explores a refreshing side of the Asian queer experience.

While both pieces of theatre could use the discerning eye of a dramaturg, the final results subconsciously encourage the audience to re-explore some of their past relationships and preconceptions.

Launchpad – Double Bill: The Sorry Mum Project & Let Me Know When You Get Home is now at the Riverside Parramatta until 20 March. It runs for 150 minutes including 20 min interval. Buy a ticket to support emerging Australian Theatre.

Disclosure: The Plus Ones were invited guests of the Kabuku PR.

Tips for Running a Charity Fundraiser