Let me just start by saying how incredible it was to be back in the theatre after 8 months. I don’t have to convince anyone that the arts sector has been largely ignored during COVID. The ability of the industry to adapt to these current restrictions is nothing more than impressive. Bravo/Brava to the staff at the Sydney Lyric Theatre and the Producers of Pippin for creating an incredibly covid-safe show to restart theatre at the end of our less-than-desirable year. 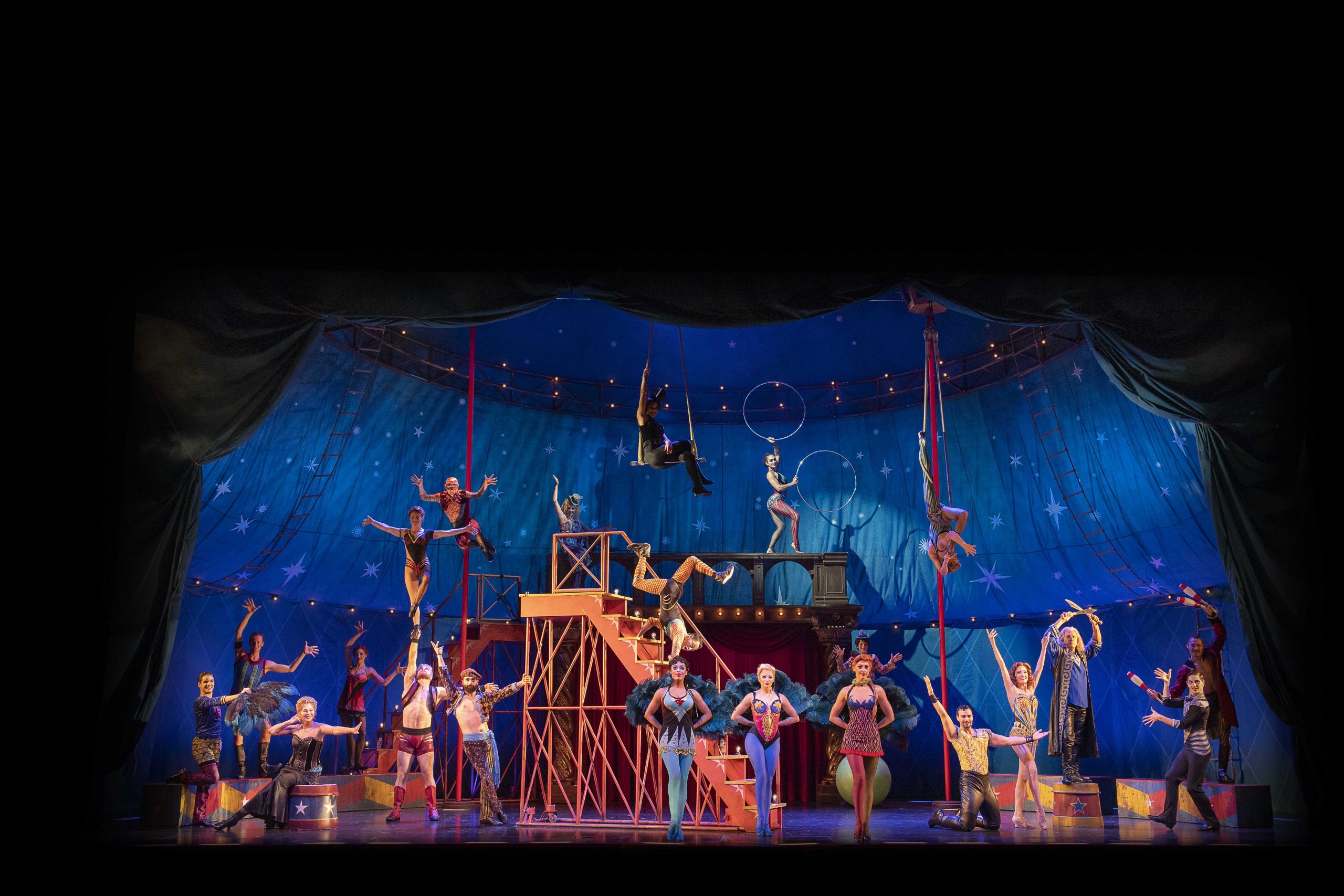 Pippin is a story within a story (think Inception).

The character plot follows the story of King Charlemagne’s eldest son Pippin, who has returned from school and is now looking for a greater purpose in life. He tries his hand at several things including; war, women, kingship and the simple life, all in pursuit of something extraordinary.

The artist plot is that of a circus troupe with the Leading Player (think a narrator) guiding Pippin through these different experiences and allowing him to, quite literally, undo some of the choices that he makes (Look up the legends around Charlemagne if you want a sneak peek).

What this means is that the typical musical theatre experience is embellished by things you might expect to see at a Britney Spears concert (Circus Tour circa 2009). There are acrobats, jugglers, sword throwers, trapeze artists and of course lots of magic!

The whole show builds towards Pippin’s extraordinary finale which… I won’t spoil for you. 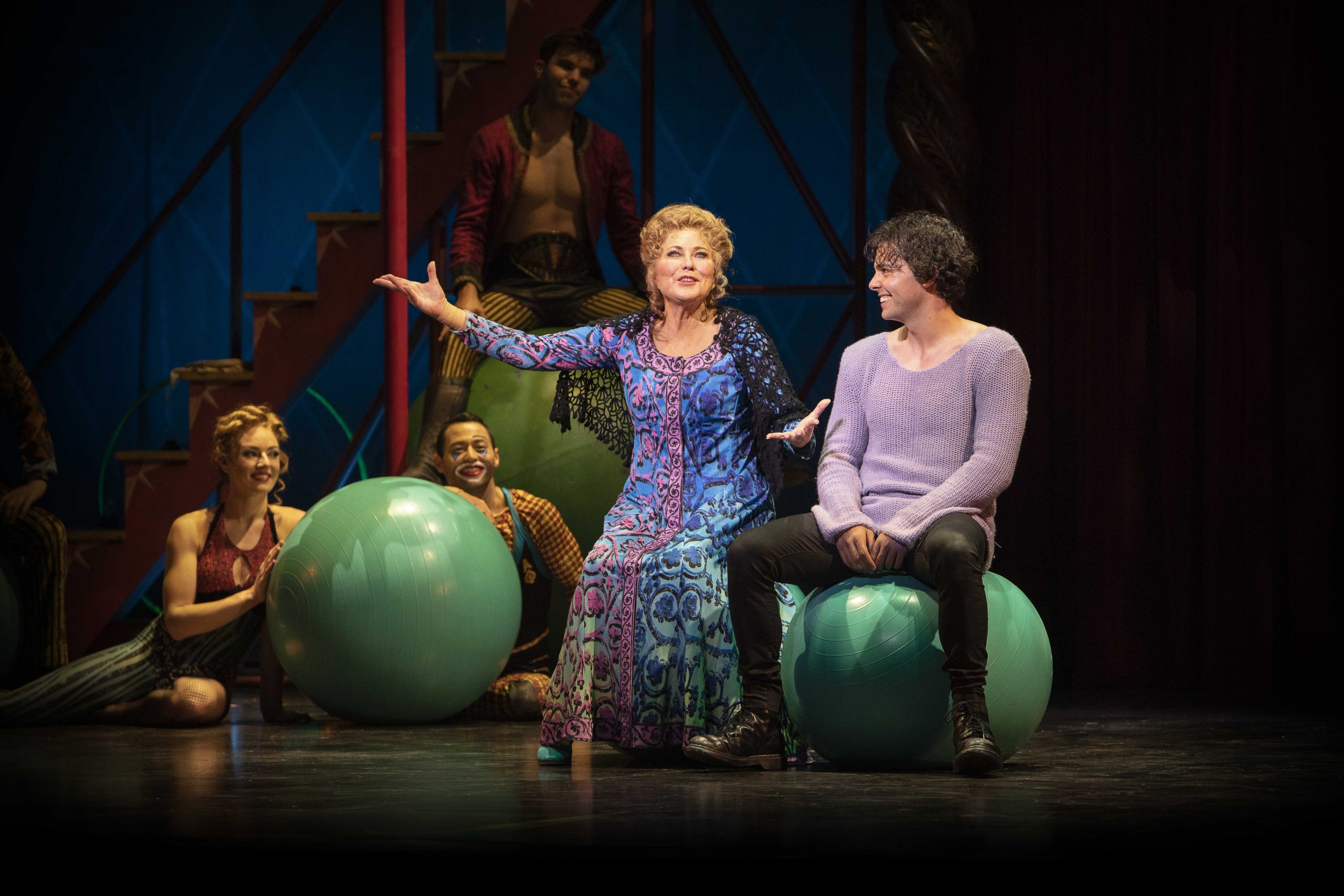 Having both tread the stages of Broadway, Ainsley Melham (Pippin) and Gabrielle McClinton (Leading Player) bring a level of maturity and dependability to the show. Unfortunately for them, it’s the stunt casting that really makes the audience excited.

Kerri-Anne Kennerley plays the role of the doting, yet seductive, grandmother Berthe, and after her song “No Time at All,” the energy in the audience is palpable. If Australian audiences were more inclined to standing ovations, I genuinely believe Kerri-Anne would have received one (and deservedly so).

Simon Burke who plays Charles, no stranger to the world stages (but better known to some from Play School), brings a youthful, almost whimsical, eccentricity to the role which lightens the themes of war and genocide (Historically, Charlemagne united Europe and to quote him “I brought order out of chaos. If slavery, blood and death are part of that order, so be it). 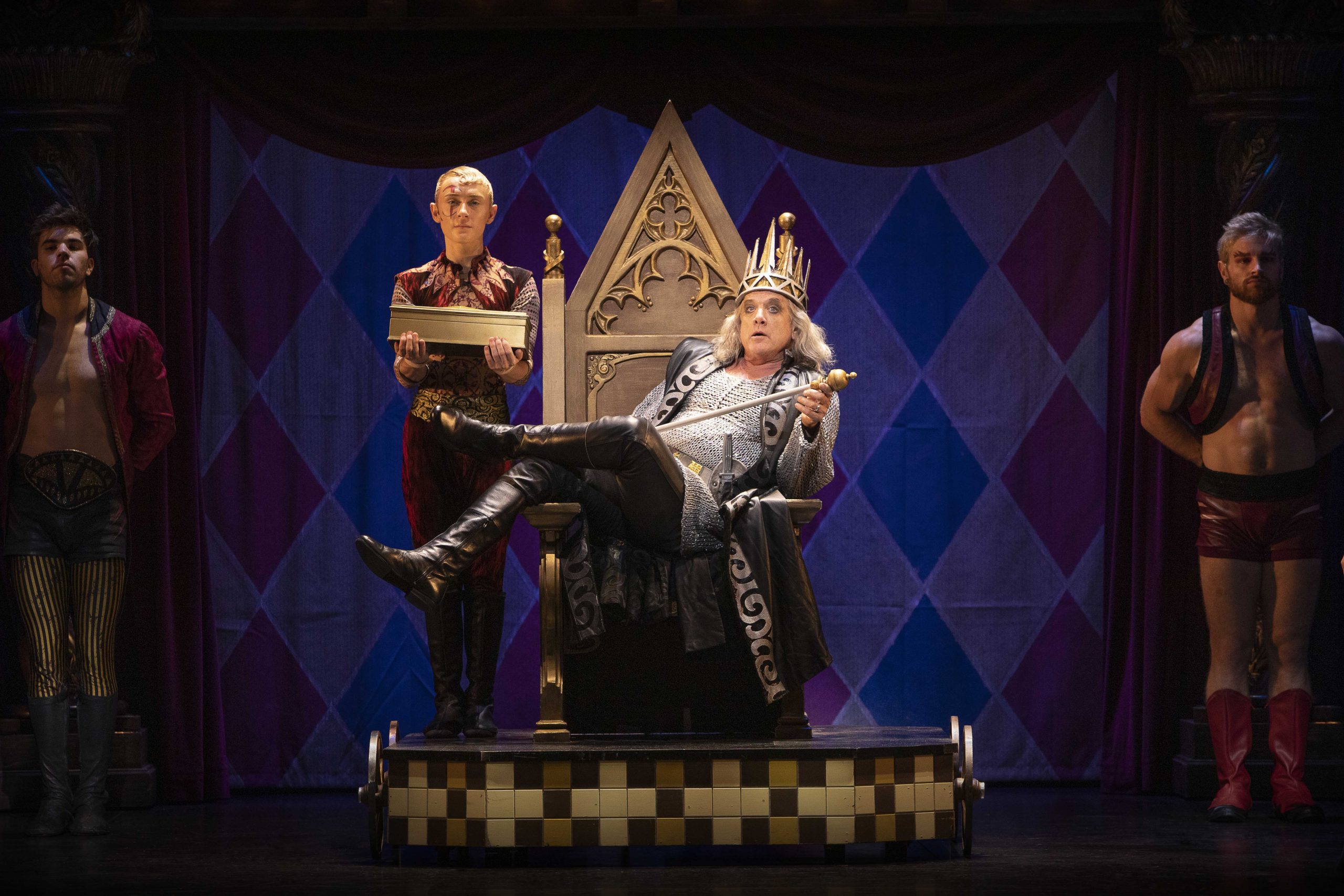 I also can’t go past mentioning the deliciously conniving portrayal of Fastrada by Leslie Bell whose legs-for-days really add to the wicked stepmother schtick. Of course, every good show is supported by a fantastic ensemble. You may have heard of triple threats (Singing, dancing and acting), but add the elements of circus in and the cast of Pippin are quadruple threats.

As I’m sure you have, I have really missed live theatre this year, and Pippin is the perfect way to reignite the Arts in Sydney.

Pippin is now at the Sydney Lyric Theatre and is currently booking until 17 January. It runs for 2 hours 35 minutes including interval. Grab your tickets and experience the magic.

Disclosure: The Plus Ones were invited guests of IP Publicity.
Image credit: Brian Geach and David Hooley.

How to Get the Guys Night Experience at Home