If you were to look up fringe as an art form in the dictionary, the definition would say “Sex Education by Harry Clayton-Wright”, currently playing at the Seymour Centre. With its unique mix of video, music, dancing, interviews, prose, cucumber sandwich making, and audience interaction, there is no way to honestly describe the experience you get in this show.

Self-described as a promiscuous exhibitionist, the audience gets to see the good, the bad, and the ugly side of sexual experiences in the gay world. Match this, at times, graphic representation of sex with his no-fuss British attitude, and you can start to imagine what sort of sexual ride you’re in for.

There are moments in the show that come across as chaotic, maybe an insight into the writer’s mind, but rest assured that every little nuanced comment and action is cleverly tied together by the end of the performance. 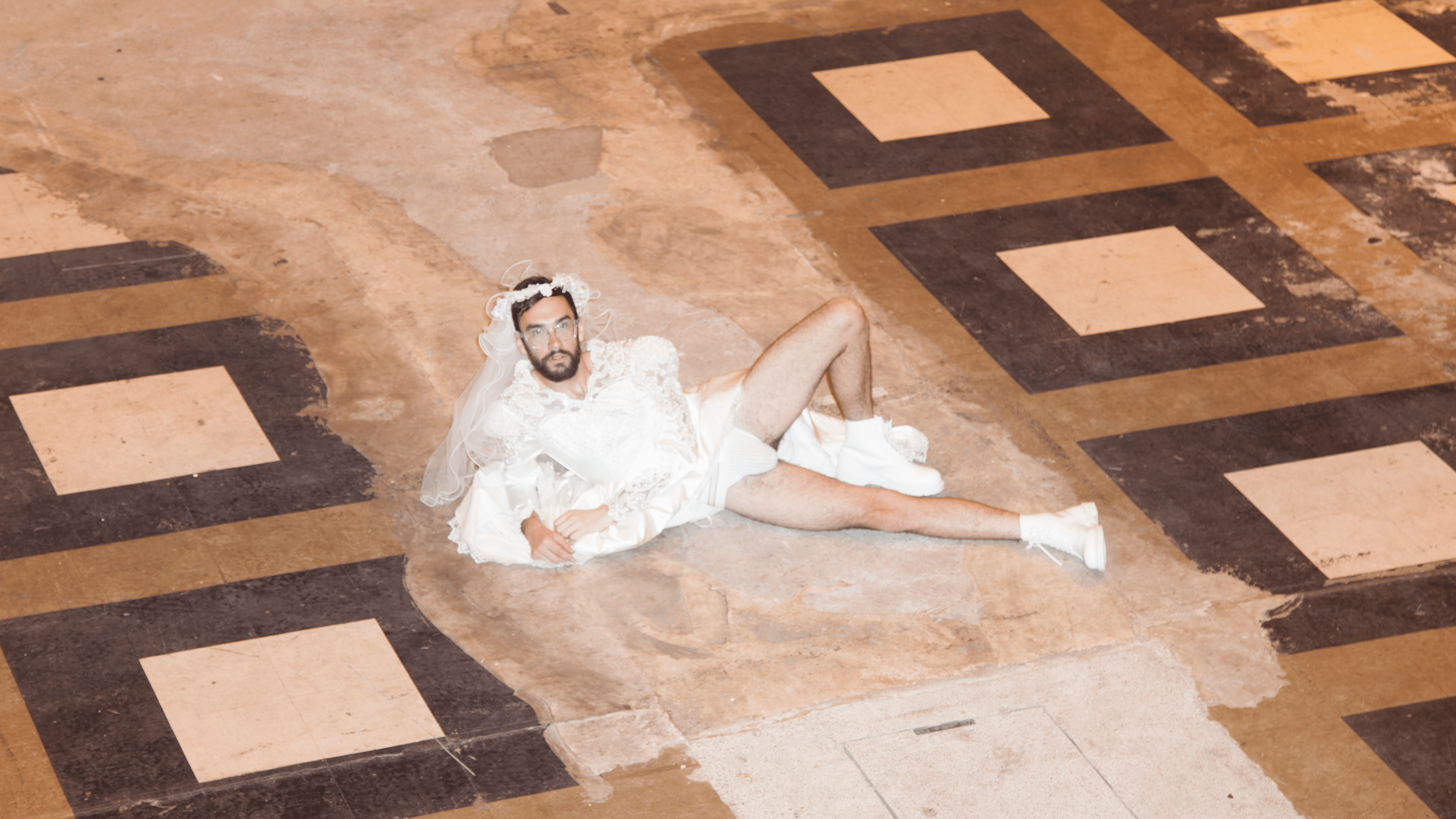 If this show were a movie, it would carry the highest adult rating possible due to its very strong adult themes and sexual references, even Harry in his letter to his mother disinvites her because of the content.

Cutting through the sex, the show also explores the gay experience in terms of rejection, homophobia and the journey to find one’s place in the community.

If you’re looking to be challenged, have a laugh, and enjoy a healthy smattering of dick then leave your mother at home and get along to Sex Education.

Sex Education is at the Seymour Centre until February 28, 70 minutes without interval. Grab your tickets before they sells out.

Disclosure: The Plus Ones were invited guests of Original Spin.
Image credit: Greg Bailey.