The incredibly talented and effervescent Flying Lotus brought his live 3D show to Sydney’s Enmore Theatre over the weekend. Born in Los Angeles, California as Steven Ellison and raised alongside a plethora of talented musicians, he said that the Flying Lotus (FlyLo) moniker came to him in a lucid dream- which is a state that is encapsulated through his work as a producer, musician and filmmaker. 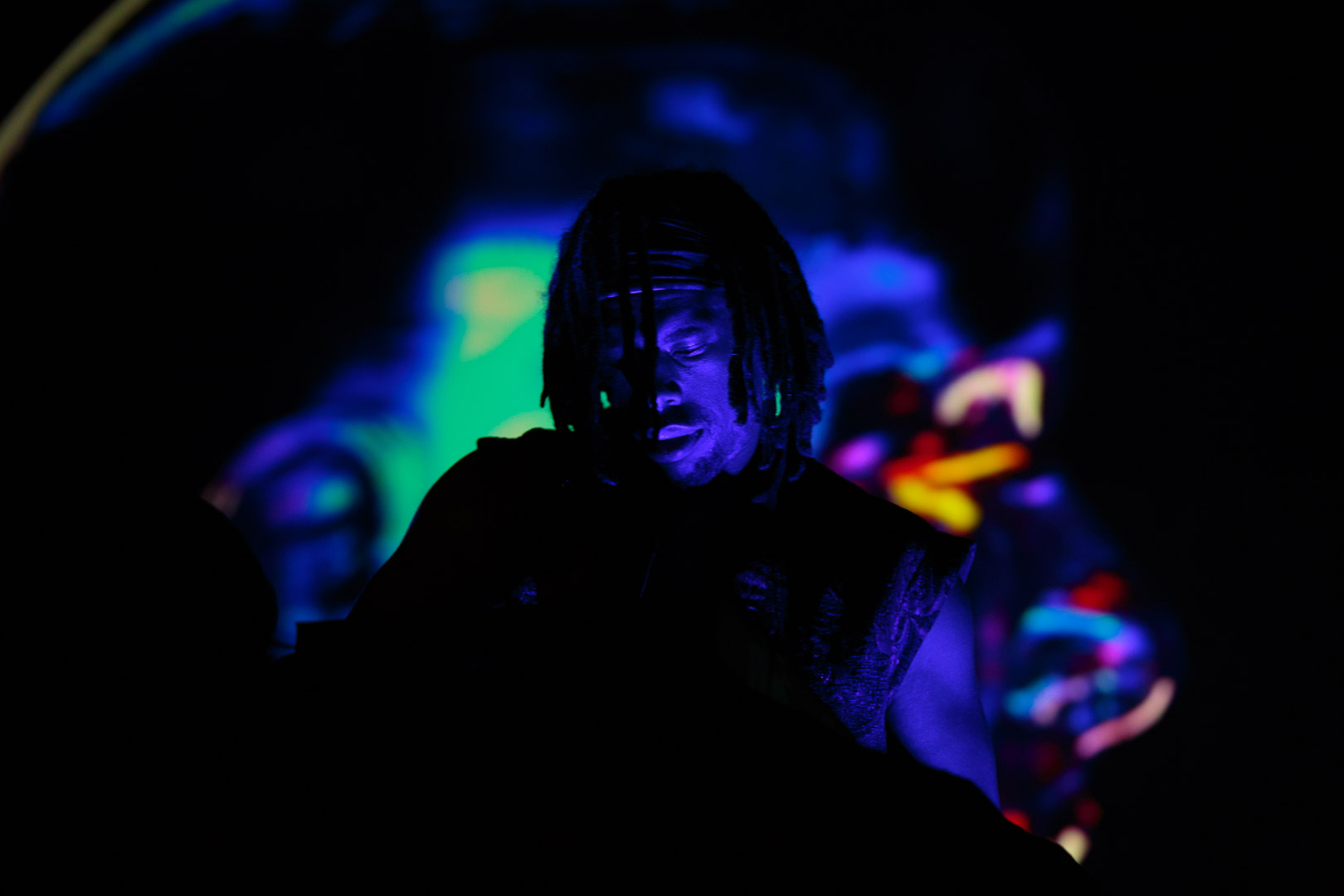 Flying Lotus doesn’t follow any average formula when it comes to creating. He is always thinking outside the conventional restraints of what it is to be a contemporary performer and how he can take his shows, and his audience, to the next level.

The event was run by Melbourne based label The Operatives and included supporting act Mark Pritchard– an electronic music producer who’s ambient soundscape was the perfect build up for FlyLo’s madness. Upon entering the theatre, guests were each given a pair of 3D glasses to put on for FlyLo’s performance. He set up in the middle of the stage behind a podium featuring sharp geometrics placed together in a prism-like structure, with 3D screens behind and adjacent to him. The visuals on the screens were curated by LA-based artists and long-term collaborators Strangeloop and Timeboy. 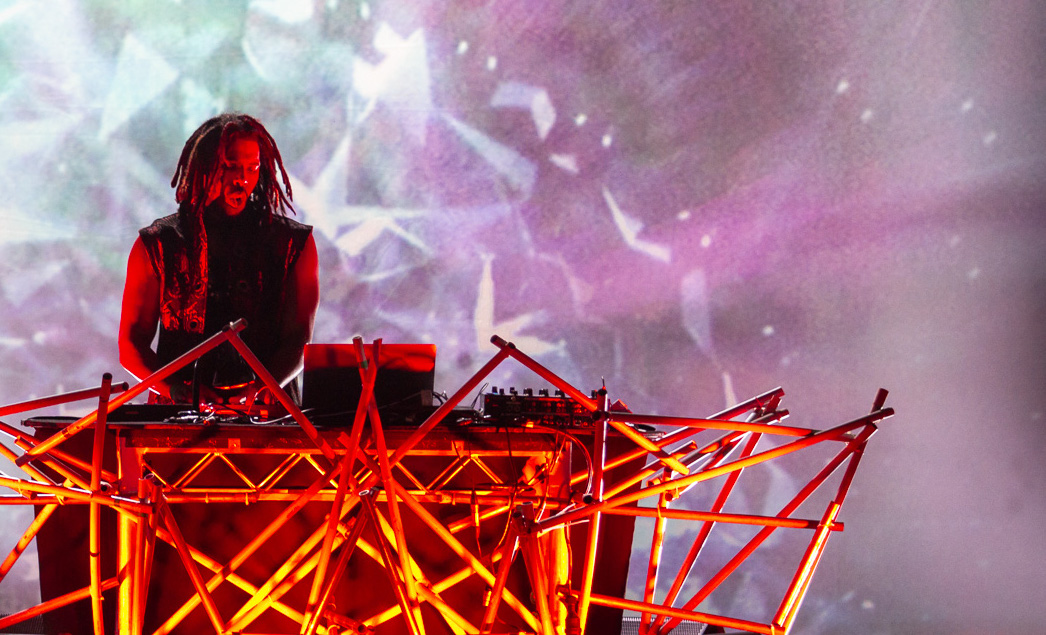 Throughout the performance, Flying Lotus showcased his signature sounds of enigmatic and experimental jazz-infused hip hop to a full theatre. He predominantly played a catalogue of songs from his most recent album Flamagra, yet still performed a variety of fan favourites such as ‘Never Catch Me‘ and ‘Massage Situation‘. He also infiltrated his sound and modified such hits as ‘Them Changes‘ by long term friend and collaborator Thundercat and even treated the audience to a reworked version of Soulja Boy’s ‘Crank That’. 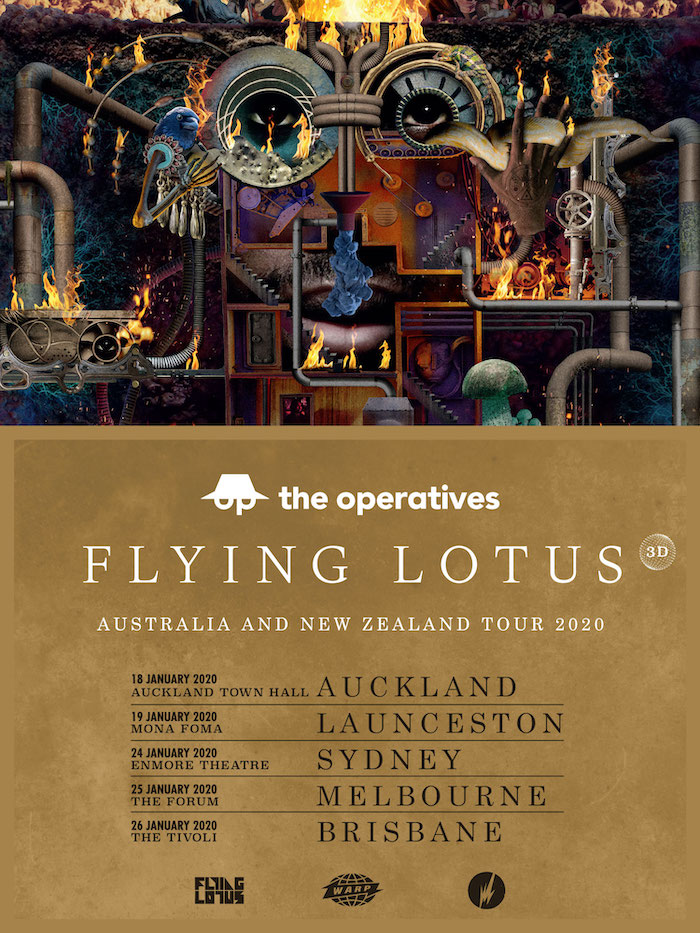 As his hypnotic beats filled the space, the 3D visuals allowed the audience to become completely immersed in the experience- a sensory overload comprised of flying colours and shapes. And of course, the last song wasn’t the last song. The audience roared for FlyLo to come back on stage and play an encore, and much to everyone’s delight he did. However, he opened up a pit on the floor and performed his final song within the huddling formation, engaging with the crowd and once again bringing a heightened sense of immersion in true Flying Lotus style.

Caitlin Hely is a freelance events and music writer and likes to believe there’s nothing a good cocktail can’t fix. ✨ Follow her antics at @caitlinhely.

Disclosure: The Plus Ones were invited guests of The Operatives.

The shoe you need from The Bondi Shoe Club