There’s nothing quite like the Sydney Opera House throwing a birthday party for a musical. And on Thursday night, that’s exactly what they did to celebrate the 50th anniversary tour of the 1960s rock musical Hair (3 – 6 October). Wading through crowds of excited revellers in fancy dress (I can’t remember the last time I saw so many bell bottoms in one room) was a touching reminder of how much Hair meant, and still means, to many people. Inextricably linked to expression and liberty, this controversial show made waves when it first hit stages, and continues to shock and delight to this day. 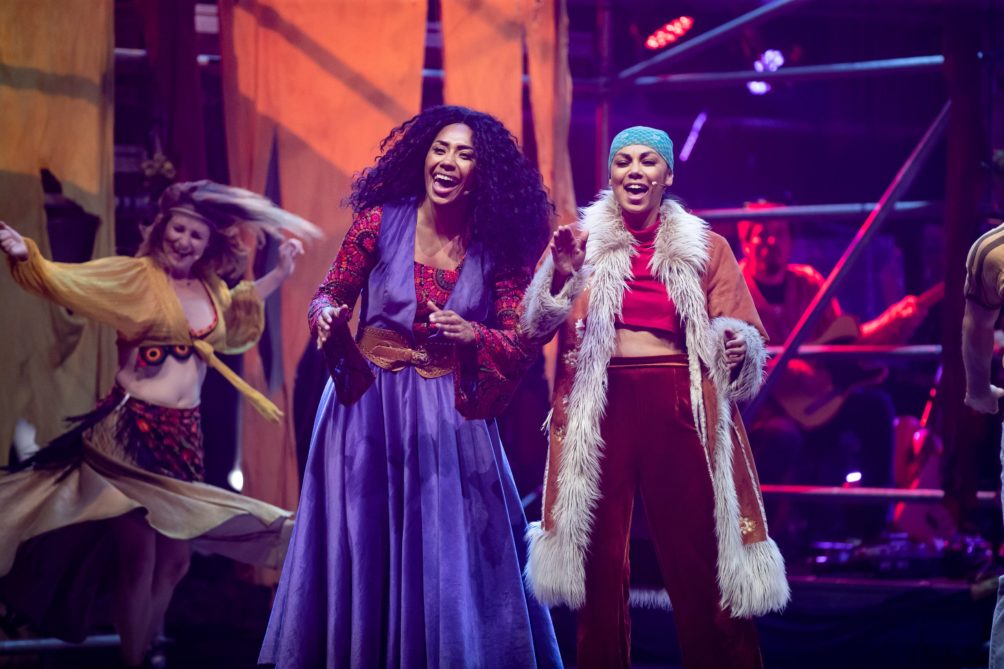 From the moment the lights dimmed, I could tell this would be a very different kind of musical. With no curtain, or formal opening, Hair seemed to start all around us, without warning, and moved straight into a passionate rendition of The Age of Aquarius. For a long time I did nothing but laugh at the absurdity and absolute cheek of it all. Stereotypes of hippie culture and corporate America, as well as references to injustices of the time were all addressed in a comical and over the top manner. From one moment to the next the cast were running around (or climbing on) the audience, or forming a chanting circle on stage and completely ignoring that cardinal rule to always face the audience. The show and its cast unapologetically refused to adhere to any formal rules – governed by theatre, or society as a whole. 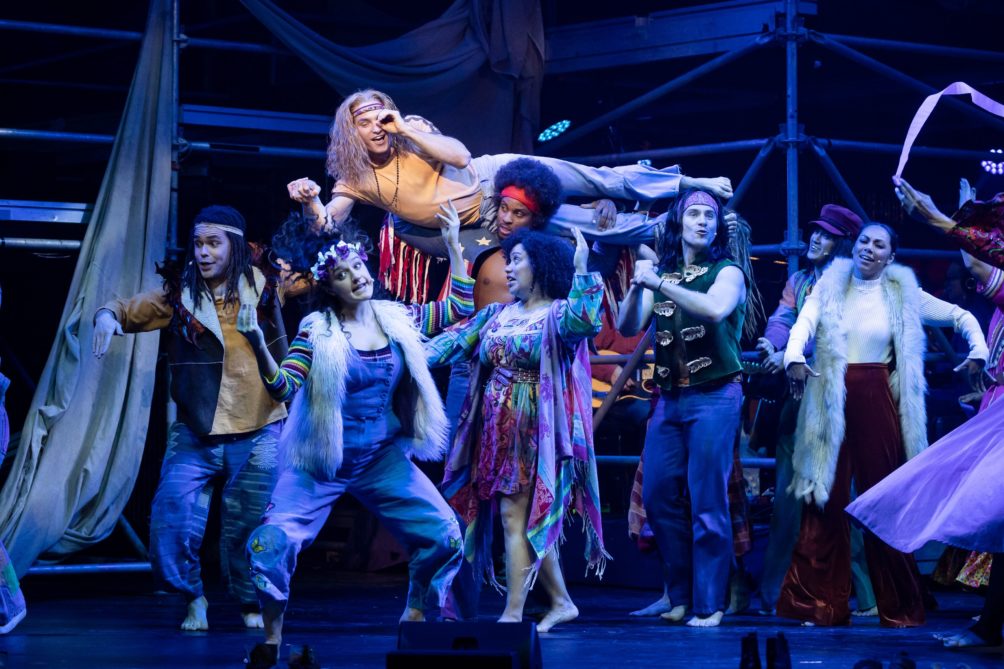 The story followed charismatic Berger, shy Claude and their tribe of beautiful young hippies, while faced with a terrible life decision – stay young, wild and free, or let go of your ideals and conform to society’s expectations. With unparalleled energy and talent, the cast used song and dance to illustrate their drug fuelled questioning of the world and what is right. Hair’s beauty is in its ability to deal with timeless issues, as well as shedding light on an issue which separated America at the time –  the Vietnam War, which the hippie movement so passionately and peacefully opposed.

Despite its comical start, Hair also had a much darker side. The raw power and emotion built up during the show, through beautifully delivered solo and group performances came to an unexpected and unforgettable climax. 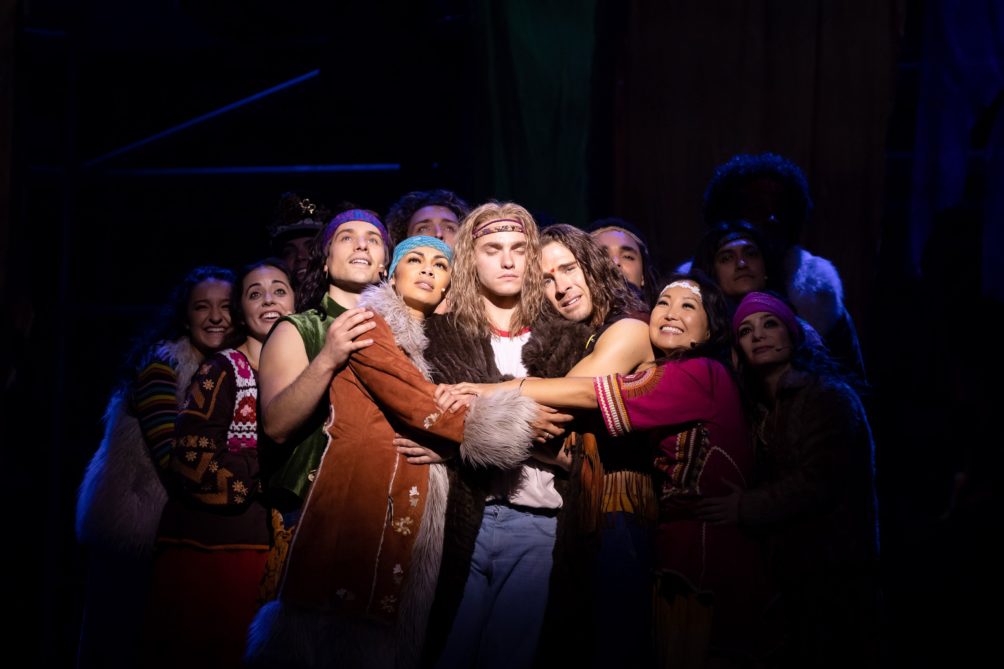 An iconic show which has been heralded as ‘radical, rebellious and tribal’ Hair has always been about challenging the establishment, and is as relevant in the current political climate as it was in 1969. Make sure you don’t wait another 50 years to go and see this incredible show.

Elli
– Elli de Ryckman de Betz has never felt more proud to call herself an Aquarian. When not entertaining herself by pretending to be a writer, Elli can be found inhaling books at an increasing speed, and taking small steps to fix the climate emergency.

There is still a chance to see this iconic show in our most iconic venue this weekend – make sure to buy your tickets from the Opera House quickly to avoid disappointment.

Disclosure: The Plus Ones were invited guests of The Opera House
Image credit: Daniel Boud

How to get medical care in Sydney