When my editor asked me if I wanted to attend a ‘sober rave’ on a Friday night, I must admit I said yes before she’d even stopped talking. Sober raving, or conscious clubbing, is a relatively new phenomenon – I’d only ever attended one in NYC before moving to Sydney last year, so to say I was excited is an understatement.

I must also admit I was a bit skeptical before I got there – the sober rave I’d attended in New York happened on a Friday morning from 7–9am. It was geared towards people who wanted to experience a dancing, meditative workout before work. This one, however, was scheduled for Friday night.

I had some trouble convincing my plus one to join, as our usual Friday night routine involved drinks at work before, well, more drinks after work and then heading somewhere to dance. So when I mentioned attending an alcohol-free party, there were a few raised eyebrows.

We were greeted by the smell of incense as we walked into the venue and made our way into the club. The thing that struck me most were the beaming smiles I got from the people milling around near the entrance. These people were waiting their turn for the interactive body painting workshop which looked very interesting.

I turned to my plus one and asked, ‘surely these people must be onto something – how can they be so social?’. Little did I know that by the end of the night I too would be smiling at everyone around me, as the participants bonded and became a community through the music and movement that we shared. 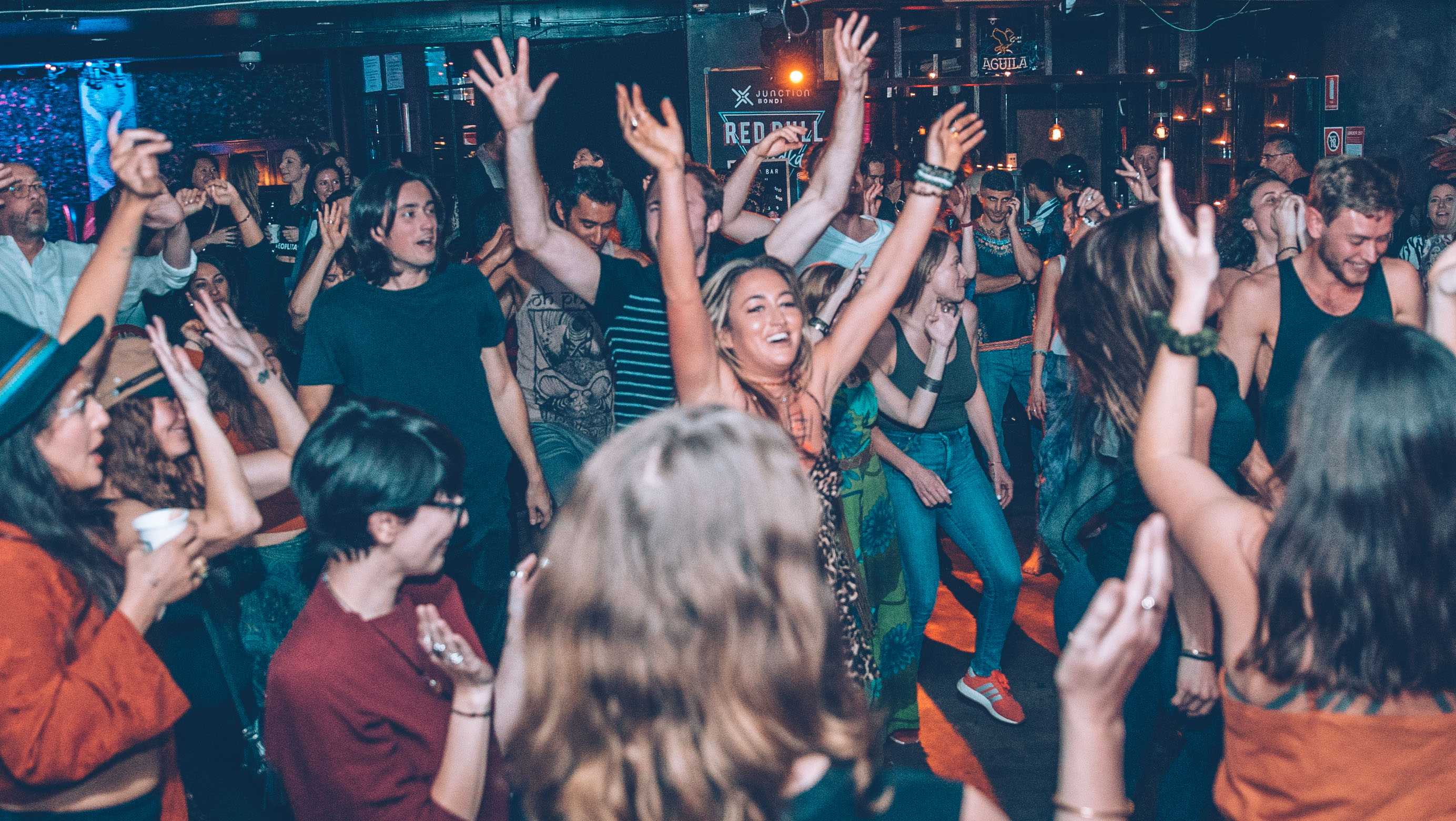 The group yoga session was one of the highlights of the night – the whole crowd moved as one with the instructor and you could feel the unity and joyous rhythm that was cultivated with the exercise.

The selection of drinks on offer ranged from Turmeric Blasts to Cacao elixirs and refreshingly fruity ginger concoctions. The Cacao elixir was the perfect pick-me-up on a cold night and with such a selection, even my plus one didn’t crave alcohol throughout the night. 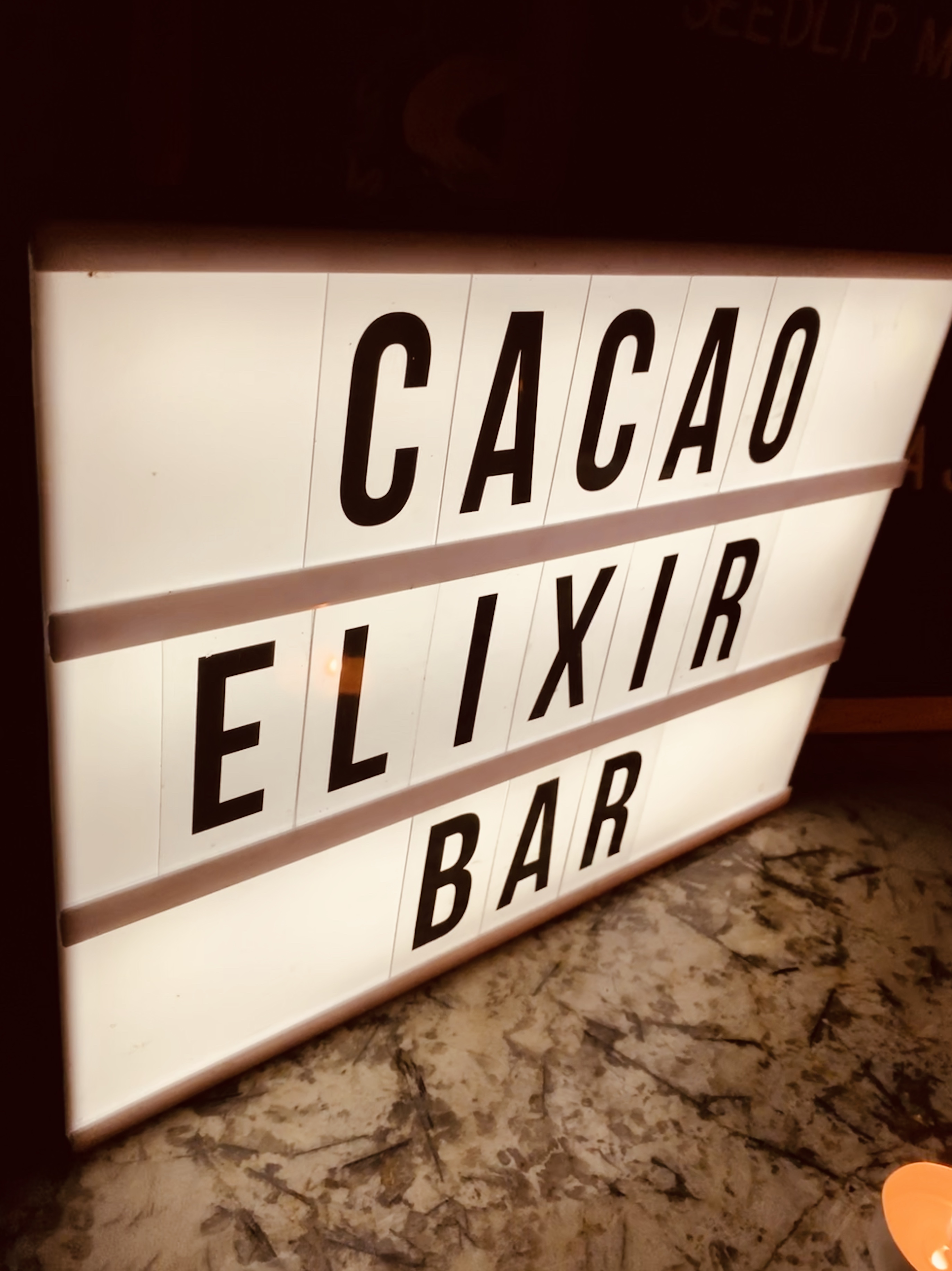 For many of us, our relationship to dance is through the lens of alcohol. The thought of dancing sober in the company of strangers is nerve-racking to say the least. Psychologists have a term for it: chorophobia, an intense fear of dancing. But the rewards of embracing that fear and breaking through are huge.

That night, we truly felt that dance was the best form of exercise, a kind of embodied spiritual practice that can break down barriers and elevate your consciousness. Oh, and if the night wasn’t enough, I also found later that it was also a  fundraiser for Dry July, a charity working for cancer awareness and eradication. 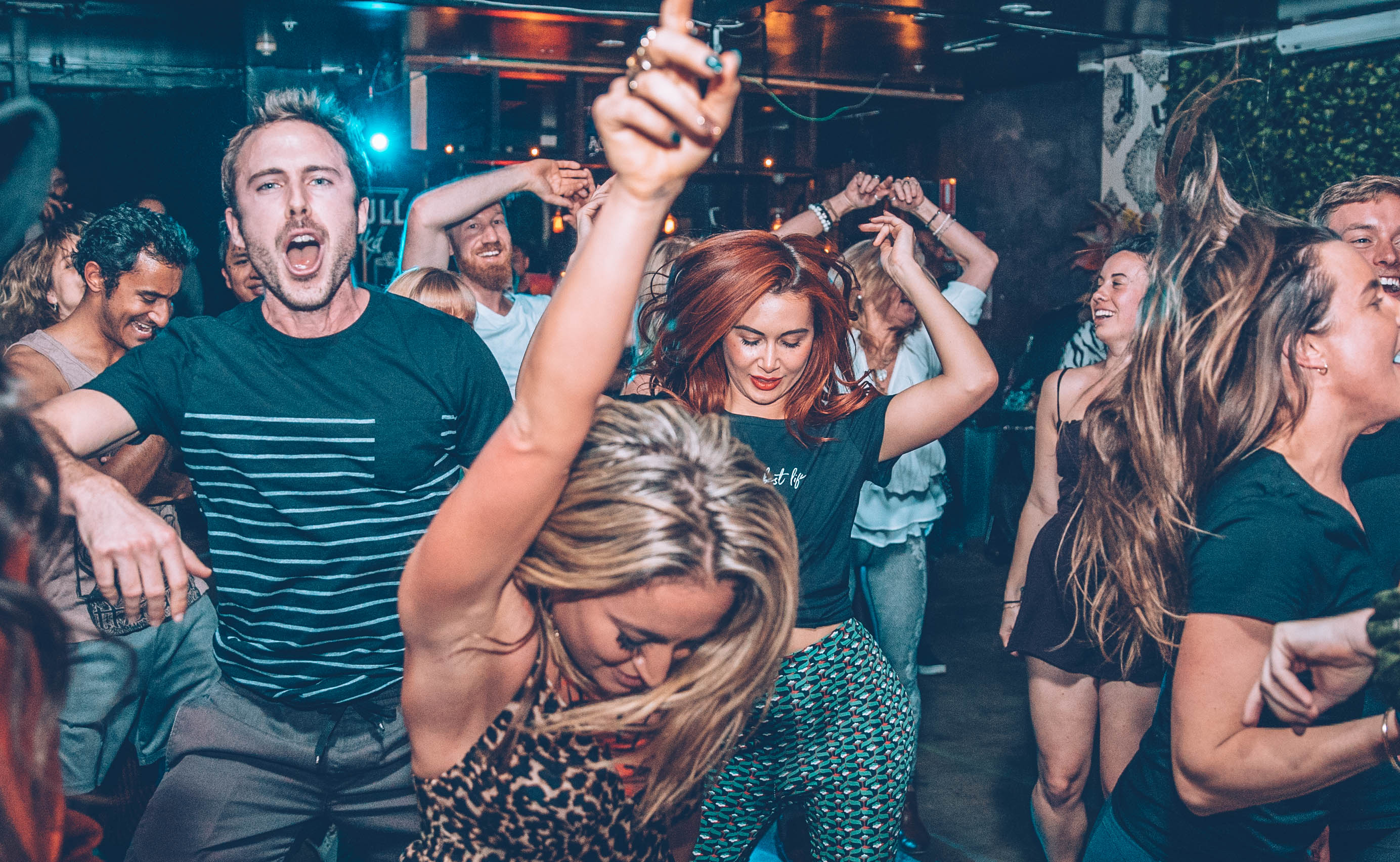 I must admit, while I entered the club a bit of a skeptic, I left a believer. When BuddharBar states ‘this is not your average nightclub, dance party or night out’, they were being a bit modest. This was a night like no other.

-Haseeb
Haseeb Chishti is a theatre producer turned management consultant who believes in the healing power of dance.

BuddhaBar Experience host regular events featuring local and international musicians in Sydney. Follow them on their Facebook for more.

Disclosure: The Plus Ones were invited guests of BuddhaBar Australia.
Image credit: Jesse Jaco.