The Sydney Comedy Festival came to a close at the iconic Town Hall with a stellar lineup of some of the funniest acts of 2019 including Australian legends, international guests and up-and-comers setting the stage for an even bigger festival next year.

Held on the same night as the federal elections, the night was a soothing balm for attendees not happy with the results and an entertaining night out for those that did. For this immigrant who can’t vote, it was a great night regardless.

Hosted by Australian comic Tom Ballard, who started the night with on-the-nose political gags — equivalating ScoMo to “spreadsheets come to life” — moving on to seeing comedy as a product to be sold to the masses and finishing with a disparaging rant against the baby boomers. A raw performance in response to the political climate and influenced by the voting results which were revealed throughout the course of the Gala. Ballard never let the energy die, offering high fives to each act as they came on stage, keeping the atmosphere positive with animated antics, hopeful anecdotes, and laughing in the face of adversary. 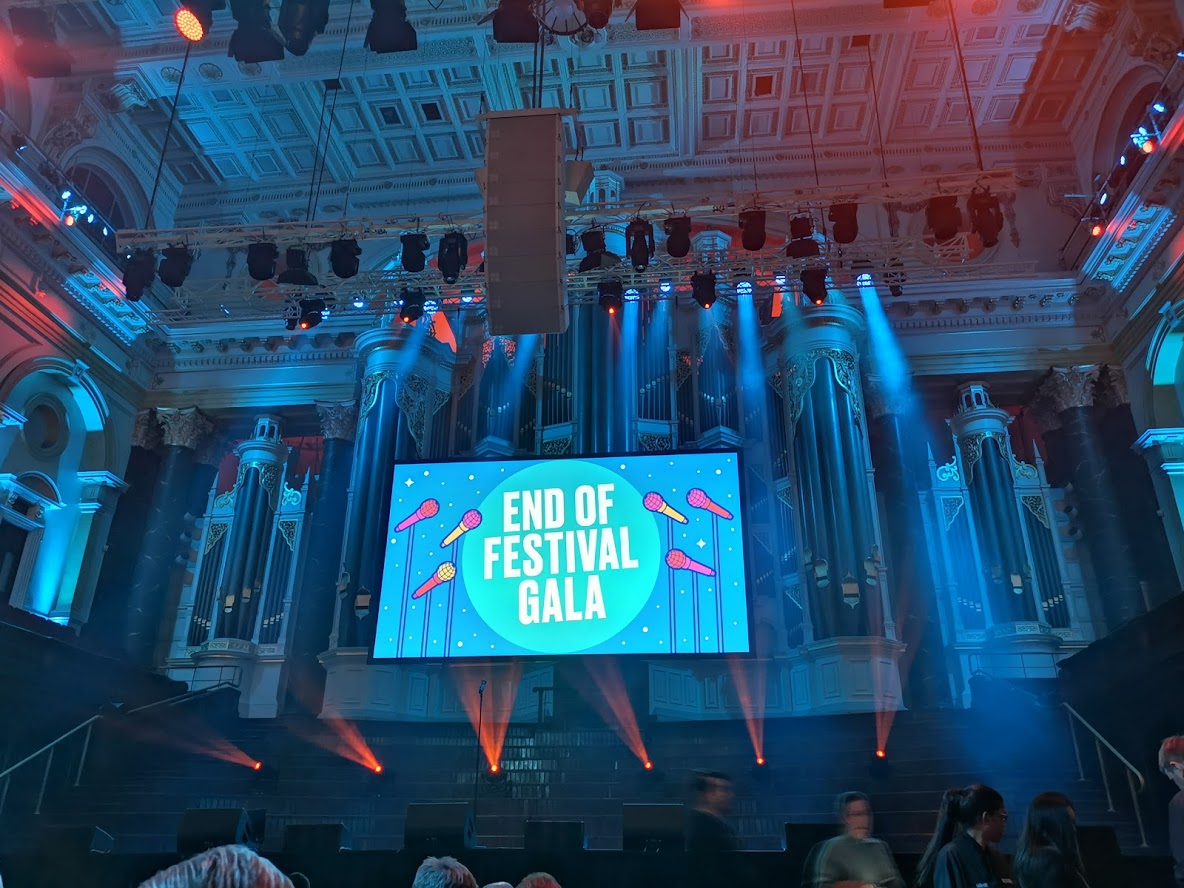 Each act had five minutes to entertain the crowd. As it was the last night, some came on with prepared bits others just came on to chat. All of the acts had their own independent show during the festival, this was just their last hurrah for this year’s festival antics.

The lineup was diverse and did not disappoint. Including Australian legends like Fiona O’Loughlin and Dave Hughes (Hughsie!); best newcomer Blake Freeman; UK’s Lauren Pattison finished her Sydney Comedy Festival debut at the Gala; our “favourite Show Pony” Nath Valvo was back to make us all question our life choices; and Steph Tisdell  brought the house down with her hilarious boob and white whale material

Although the election results were disappointing to many of the acts, they fuelled their disappointment into their five minutes on stage to offer the best medicine to the crowd: laughter.

The Gala line-up appealed to all comedic preferences from hilarious anecdotes about parenthood (thank you Dave Huges and your teachable moments while on a toilet), the ups and downs of relationships, and scripted bits. All delivered with the gorgeous backdrop of the Sydney Town Hall bringing a level of gravitas to the evening which we quickly dampened with tears of laughter.

Not a bad way to close the Sydney Comedy Festival 2019, stay tuned for next year’s comedy antics!

All Aboard The Glenfiddich Whisky Wanderer