David O’Doherty and his keyboard made their return to Enmore Theatre for this year’s Sydney Comedy Festival performing his new show: Ultrasound in his ongoing mission to fix everything. His performance marked the end of his five-month tour of Ultrasound.

The child-sized plastic keyboard was a Confirmation present for O’Doherty and has been the main component of his performances. His spoken word, often rhyming songs are accompanied by keyboard tinkling that O’Doherty himself says is not brilliant — pointing out that his belly can play better chords when the keyboard is pressed to his stomach. But the songs drive the punchlines. 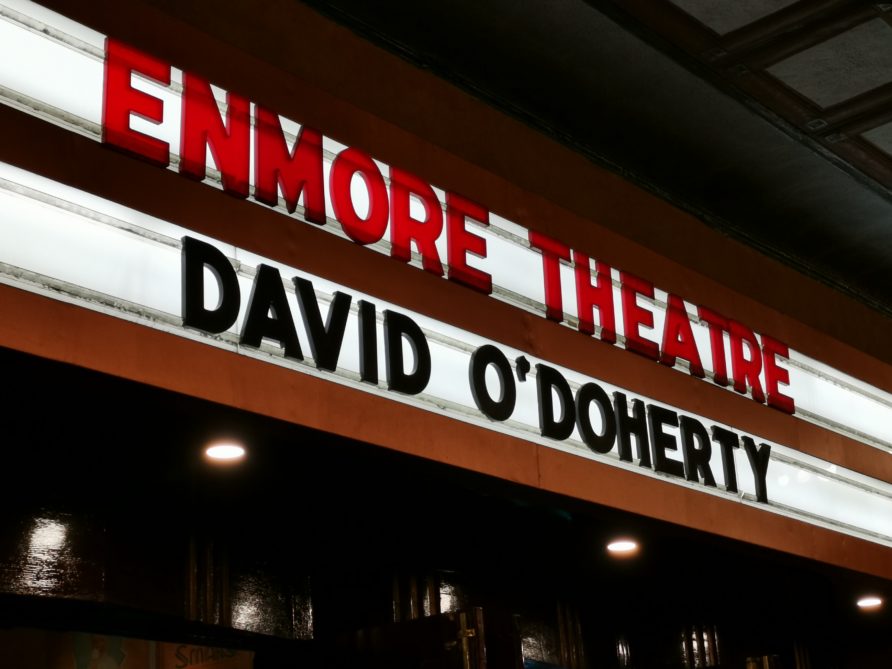 As an Irishman with the threat of Brexit looming over everyone on the Emerald Isle, O’Doherty has some choice words for the political conundrum — which could collapse the British economy and destabilise peace in Northern Ireland. Like Trump in America, Brexit is a hot button topic that many Irish, British and Australian comedians are mining for their performances this year.

He played through some old favourites — (the Shakira and Grand Design songs anyone?) — with some updates. He did not deviate from his tried and true quirky style of one-liners and insightful observations. Like that St Patrick is the patron saint of “strangers pissing behind your bins” and comparing Brexit to a man standing on top of a building and calling each of his neighbours pricks to their faces individually but never leaving. A fairly accurate assessment.  He made himself the butt of many of his jokes, including one where his butt featured front and centre thanks to the misuse of bleach wipes. And regaled us with the tale of the night on the eve of his tour where he dried his laundry in the rising temperatures of the local nightclub on a night out with his mates. 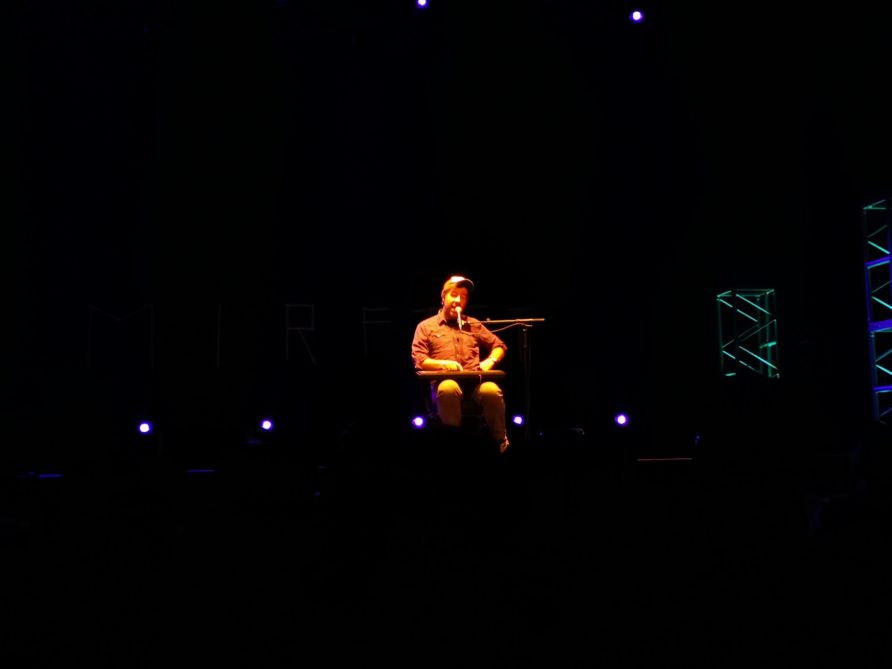 The overarching story of his performance is the rekindling of O’Doherty’s childlike wonder of cycling a bike. To fans of O’Doherty, his charm is his childlike wonder so we weren’t aware it needed rekindling. He likened his brain to a browser with too many tabs open, which would account for his jumping from story to story barely giving audience members a chance to recover from laughing.

He closed with an explanation of what the letters MIRFTFT taped at the back of his show meant. Giving everyone an Irish history lesson that unlike other countries, Ireland can’t be made great again as it has been struggling for its independence and suffering famines for centuries. So, O’Doherty called for Ireland to Make Ireland Reasonable For The First Time. I hope the chant catches on. 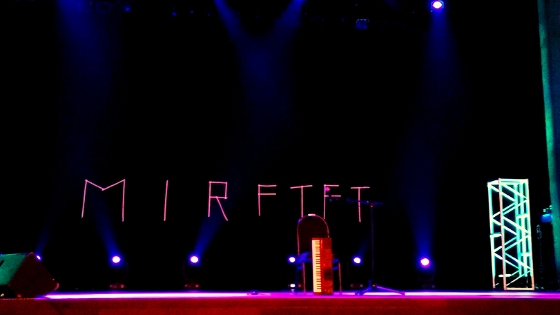 Always a festival highlight, it’s unfortunate he only did the one show. No doubt he will return next year. For the rest of this year’s festival check out our guide to see what shows you can catch.

Disclosure: The Plus Ones were invited guests of Asha Holmes Publicity