Scottish indie-pop band Belle and Sebastian made a triumphant return to Sydney with a charming and arrestingly joyful concert at the Sydney Opera House. The band are touring in support of their latest set of EPs, How to Solve our Human Problems (Pts 1-3).

A near sell-out crowd at the Opera House comprised an eclectic mix of young and middle-aged. Many of the latter no doubt had discovered Belle and Sebastian back in the mid-to-late 1990s. Indeed, their second album, If You’re Feeling Sinister, remains one of the most influential albums of that decade. Nearly 20 years later, the band has changed in both personnel and sound away from whimsical towards a broader and more upbeat musical palate.

The six band members effortlessly switched between various instruments, allowing leader Stuart Murdoch to roam around the stage for much of the night, including into the crowd. The evening kicked off with a fine rendition of The Boy with the Arab Strap that got the crowd grooving in their seats. Before too long, fans were up and dancing and many continued doing so for most of the evening. 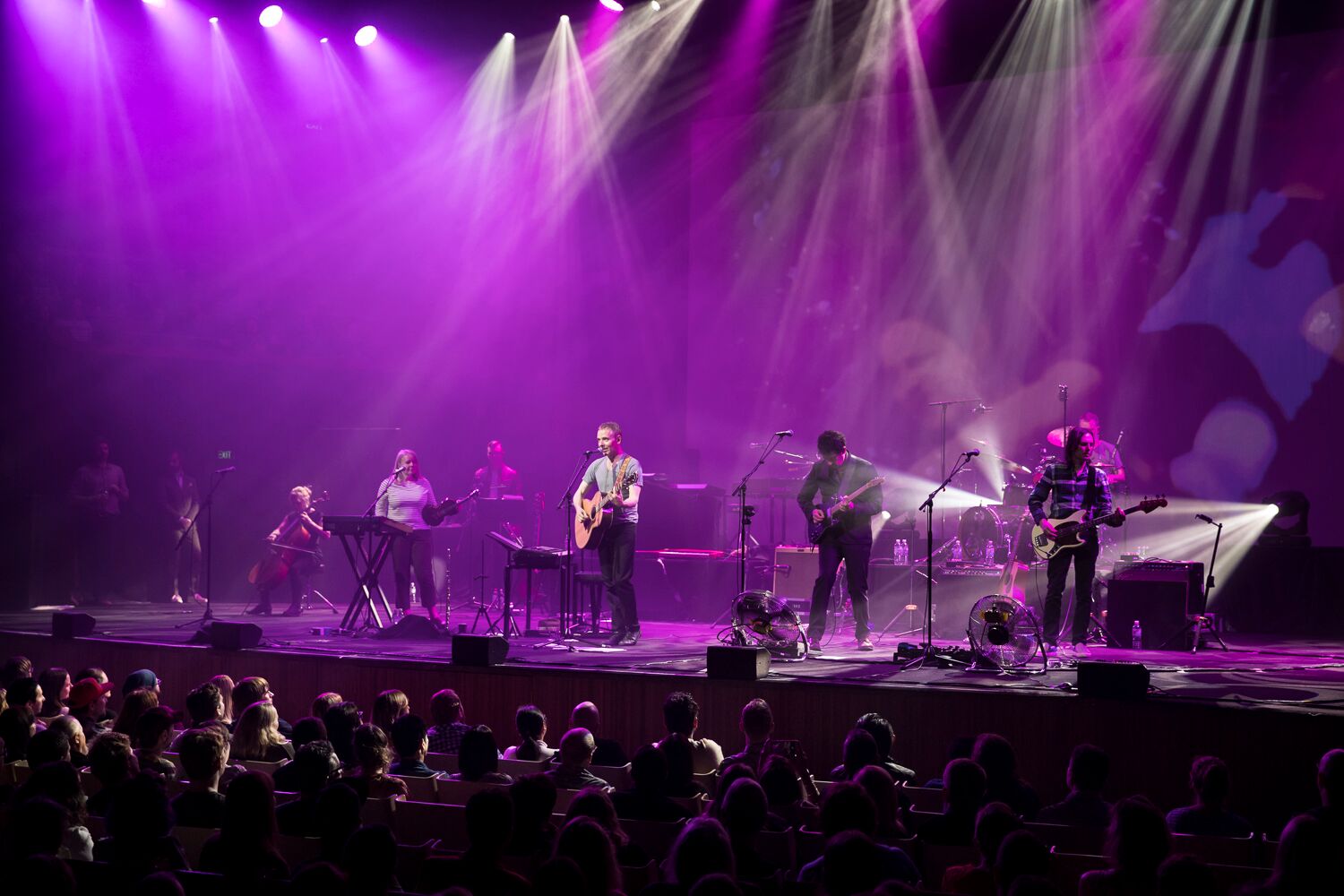 The band’s new material was especially impressive in a live setting. We Were Beautiful and Sweet Dew Lee in particular showcased a full-bodied sound with some gorgeous harmonies. In between, they drew upon earlier, more delicate, numbers including Fox in the Snow and Little Lou, Ugly Jack, Prophet John. Midway through the set, they were joined by the Go Between’s front man Robert Forster for two songs: Forster’s own Learn to Burn and a cover of Orange Juice’s Rip It Up. This was a graceful gesture by Murdoch to a friend and a person who has influenced the band. Towards the end, they resorted to Chinese whispers on stage to decide which songs to play such was the intensity of audience requests.

So just as quickly as it had begun, the band closed out the encore with the crowd on their feet singing along to their arguably most popular song, Get Me Away from Here Dying.

Ironic it was because no one wanted to get out of there fast. My plus one, who had never heard of the band — and thought they were a duo — thoroughly enjoyed herself, while a seasoned fan sitting behind us summed up the gig with: “Yes … So much yes!”.

You can’t ask for a much better appraisal than that.

– Khanh
Khanh grew up in Hoi An, a UNESCO Heritage listed village in Central Vietnam. He migrated with his family to Australia when he was 9. He is an academic, music lover, sports lover and a former table tennis (not ping-pong!) champion. Follow him Instagram on @ironandwhiskey

Disclosure: The Plus Ones were invited guests of the Sydney Opera House