When setting out to write this review of the Queen: It’s a Kinda Magic tribute show I initially wanted to throw in as many Queen puns/lyrics that I could. I thought it was just another tribute band with just another lookalike. I was wrong. This is THE tribute band.

Peter Freestone, personal assistant and best friend of 12 years to the late Freddie Mercury sings their praises. ‘I’ve not seen another act in the world do it better’ he said.  Playing at at The State Theatre Sydney, Queen: It’s a Kinda Magic recreates Queen’s 1986 World Tour concert featuring over 20 of the band’s greatest hits and crowd-stomping favourites.

With a gigantic crown as the focal point of the stage archway, the spectacular old-world-charm theatre became a befitting backdrop for a Queen.

Led by singer Giles Taylor in an all-too-perfect rendition of Freddie Mercury — vocals, nuances, moustache, flamboyant eccentricities — the Australian quartet led a filled theatre through a nostalgic musical trip. ‘The show is effectively a visual montage of Queen’s best live performances. It is designed to cater for die-hard Queen fans, newbies to the Queen scene and your average rock music fan’, Taylor said.

With an 18-year reign at the top of global pop charts, Queen’s popularity lives on with hits that have lasted the test of time. It’s a Kinda Magic, Radio Ga Ga, Bicycle Race, Crazy Little Thing Called Love, Killer Queen, Another One Bites the Dust– the list goes on and they played them all.

Taylor had a costume change for almost all of them. ‘We are big fans of Queen and really love the music. Why else do you think we do this, for the F@*%ing costumes?’ he said.

Starting off the night in a bright yellow jacket, throwing in some low-cut, open-chested Lycra jumpsuits, and of course a little black leather — it wouldn’t be a proper Queen impersonation without the leather.

However, the pièce de résistance had Taylor dressed in drag for the song ‘I Want To Break Free’, mimicking the 1984 music video which had the entire band dressed in women’s clothing. Taylor ran into the crowd and sat on a number of laps caressing male audience members with a pink boa. 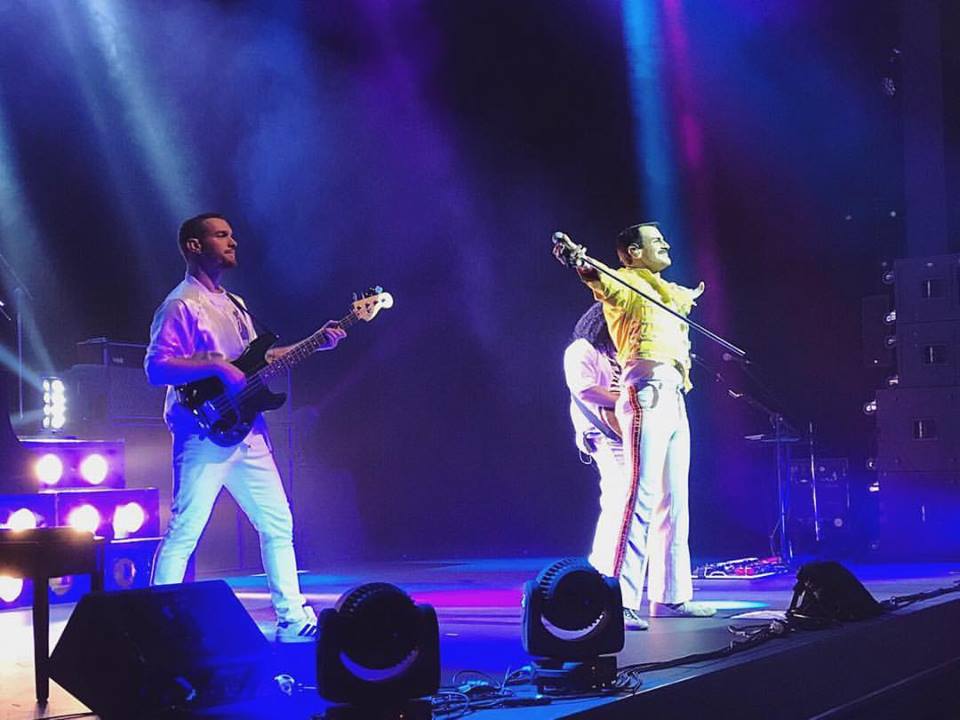 His skills as an entertainer were matched by his skills as a musician. Sitting down at the piano on a number of occasions for a number of songs. Taylor’s impersonation of Mercury would have impressed the frontman, who died in 1991.

The rest of the cast perfected their roles too. Steven Dennett played as bassist John Deacon, Richie Baker as Brian May on lead guitar, and Kyle Thompson with a show stopping performance as drummer Rodger Taylor. ‘For the people who never got the chance to see Queen performing it gives them the chance to see what we oldies keep going on about’, Peter Freestone said.

Obscure Queen songs led the encore but the most famous Queen song of all was kept till last – ‘Bohemian Rhapsody’. But just as I prepared my vocal chords for the falsetto ‘(Galileo.) Galileo’ fast approaching it came to an end. Slightly disappointed that the entirety of the song was not played, I guess they had to stop somewhere. To which my vocal chords are eternally grateful. 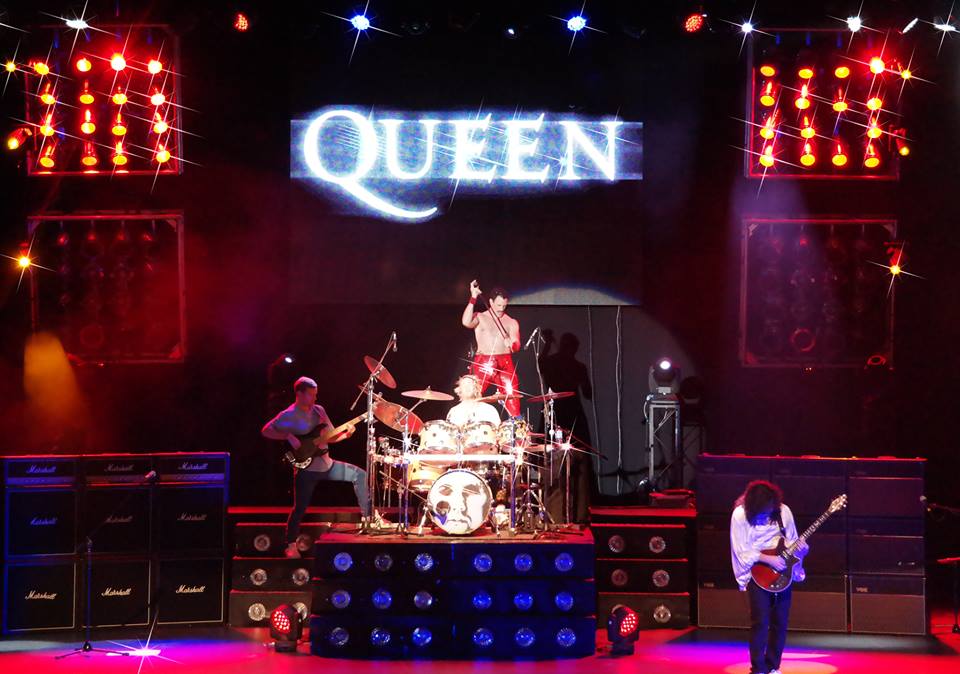 ‘When people come to the show we aim to have them leaving with the perception that they have just seen the real Queen live’, Taylor said.

There were die-hard Queen fans who would have seen Freddie Mercury perform, those whose childhood soundtrack was Queen, modern-day fans, and even children (standing on the seats in my row) who probably don’t know who Freddie Mercury was but who know all the lyrics to ‘We Are The Champions’. This is what it’s about: music that transcends generations — and that’s really a kinda magic.

– Antoinette
Antoinette Milienos is a Journalist, Freelance Writer, Violinist, and chronic sufferer of FOMO (Fear Of Missing Out).

Disclosure: The Plus Ones were invited guests of Kabuku PR.
Image credit: Queen: It’s Kinda Magic.

Afternoon S/HE- For Women Who Like to Wear the Pants