Summer is in the air and what better way to saunter the shores of the iconic Bondi beach than to experience the most influential dedicated short film event on the Australian landscape – Flickerfest (6-15 January 2017).

Now in its 26th year, and the biggest one yet, Flickerfest returns to Bondi Pavilion. It brings over 20 different short film programmes across a 10-day festival season. Over 2,400 entries from across the globe have been narrowed down to a line-up of 122 short films and they are the best that the world and Australia has to offer. These tantalising short films as innovative and provocative as they are wildly entertaining.

The occasional rev of a motorbike is a reminder of the setting: an open-air cinema. The starry night alongside a bar with panoramic views of Bondi Beach creates a wonderful backdrop for the cinematic experience.

Read on for our top picks and festival highlights.

Flickerfest trailer
Always plays on a famous movie or star. This year’s trailer, directed by Dena Curtis, has a Wizard of Oz theme and for the first year has an all-Indigenous cast, including writer, director, and producer.

OS Love
Premiering for the first time in Australia, this short film follows a young woman who dives into the absurd realm of screensavers and desktop backgrounds. Writer and Director, Luc Gut perfectly captures the manic search for peace and serenity in the work environment. The wacky way in which she begins to merge with her operating system speaks to the ingenuity of this piece (it’s a tad ironic as I am merging with my OS system whilst writing this).

Messiah
Messiah is the third film produced for Flickerfest by Australian writer and director Damian Washe-Howling. Shot in Kununurra, it is beautiful as it is entertaining. In a playful collision of cultures, a hapless Irishman and his Parisian girlfriend encounter a mischievous stranger on their road trip through the Australian wilderness. 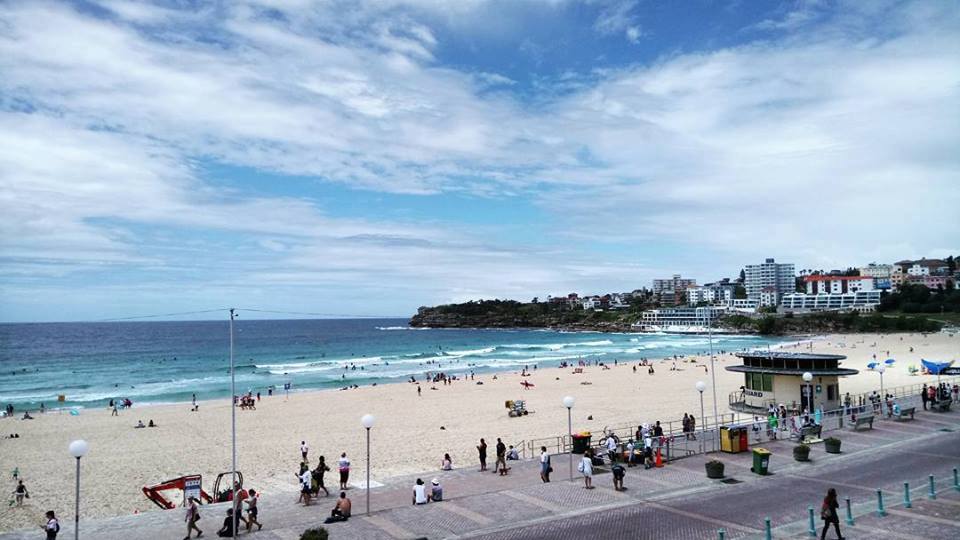 Bon Voyage
Having Australian heritage, Writer and Director Marc Raymod Wilkins attributes his short film as the vessel by which he has visited the birthplace of his father for the first time.  In it’s Australian premiere, Bon Voyage follows a couple aboard their Swiss sailing yacht. But it is not smooth sailing as they encounter a sinking refugee boat. Wilkins has drawn on current world events to produce a provocative and confronting short. ‘This is a story based on a prevalent situation happening in Europe. This theme is also something that Australia has experienced and is experiencing’ he said.

Fish With Legs
Created by Writer Nikos Andronicos and self-confessed high-school troublemaker, Director, Dave Carter, Fish With Legs is an energetic, entertaining, and funny animation. Based on a fable, a school of fish wake up to discover that everyone has grown legs. Is it evolution or a curse from God? You’ll feel as if you have worked this film out from the first couple of minutes — but be warned, it is not as predictable as you might think.

Timecode
The synopsis of this short does not give much away and I’ll leave it at that. You’ll just have to trust me that this is a brilliant short film, and personally, my favourite. This Spanish piece written, directed, and produced by Juanjo Giménez is about two parking lot security guards, Luna and Diego. Diego does the night shift whilst Luna works by day. This is a amusing short that not only produces laughs from the audience but elicits a deeper emotional connection. 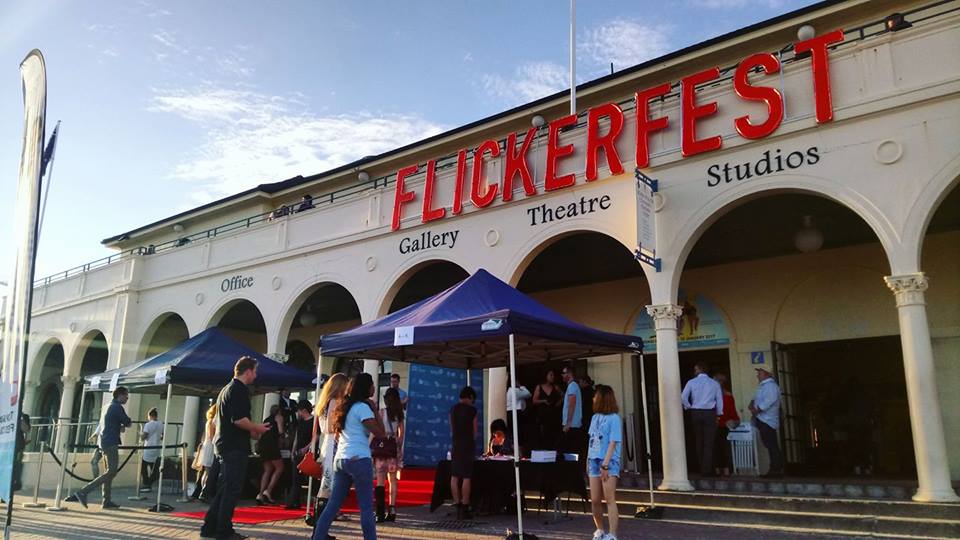 For Bronwyn Kidd, Festival Director, it is not about the box office. Rather it’s about the creativity and passion put into the making of short films and supporting and recognising these creative on their journey.

‘Short film continues to excite and thrill me as it pushes the conventions of film and narrative to deliver surprising, exciting and groundbreaking results across animation, documentary and every genre in between’, she said.

So follow the yellow brick road all the way to Flickerfest at Bondi Pavilion, the home of great short films.

– Antoinette
Antoinette Milienos is a Journalist, freelance writer, musician, and chronic sufferer of FOMO (Fear Of Missing Out).

Disclosure: The Plus Ones were invited guests of Flickerfest.
Image credit: