I’ve been following Sergei Polunin – the cocaine-snorting, eight-time tattooed, ‘bad boy of ballet’ – ever since he dramatically quit his coveted role at the British Royal Ballet. Dancer is a documentary which promises to explore the incredible power and grace of Polunin’s dancing as well as the experiences that have shaped his troubled mind.

At an advanced screening hosted by Palace Cinemas, Norton Street, and prefaced by a few pleasant glasses of bubbly, I was pleased to discover that the film is as mesmeric as Polunin himself. It’s incredibly well-produced, and its well-curated narrative makes it impossible to look away from the screen.

Polunin is a devastating dancer; his friend describes him as a ‘graceful beast,’ a description which is on point. As an easily-pleased viewer, I would probably have enjoyed Dancer just for its captivating performances (including a viral video of  Polunin performing choreography set to Hozier’s hit, Take me to Church, and various performances of what appears to be Russia’s version of Australia’s Got Talent). 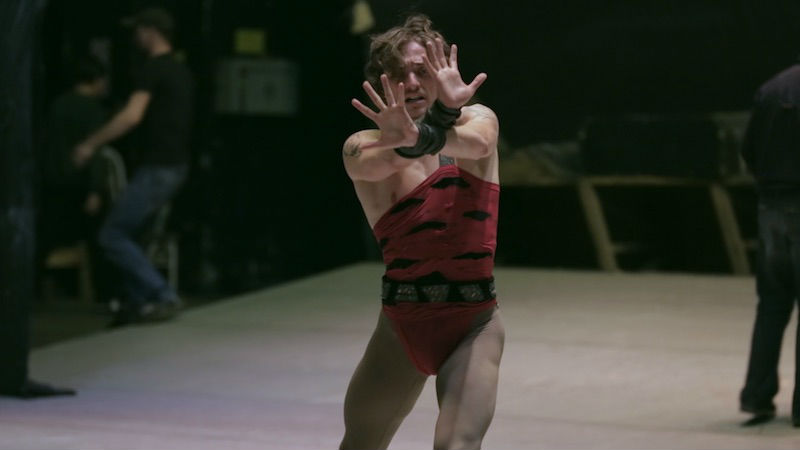 However, the powerful story that unfolds between these magnetic pieces of dance definitely adds value to the performance.

Polunin’s spiral out of control and dissatisfaction with his life and the ballet world are motivated by a wretched family drama. Dancer adeptly explores the way that Polunin has been haunted by the financial sacrifices made by his family to support his career, and his continual longing for them to be reunited.

This may sound bleak, but the inclusion of several healing moments adds much-appreciated light and shade.

Dancer is perfect for anyone who’s interested in ballet, hot men with tattoos, bad boys and/or troubled artists.

Dancer releases at Palace Norton St. and other selected cinemas on the 1 December. Purchase tickets now.
The venue is accessible.

Disclosure: The Plus Ones were invited guests of Kabuku PR.
Photo credit: Kabuku PR.

New Breed – An exhilarating and Exhausting Night of Interpretive Dance