Friday was the start of Ben & Jerry’s Openair Cinema Season at the Cardinal Green, Sydney University. Gates opened at 5pm, but the majority of people streamed in between 6pm and 7pm for the best remaining seats. 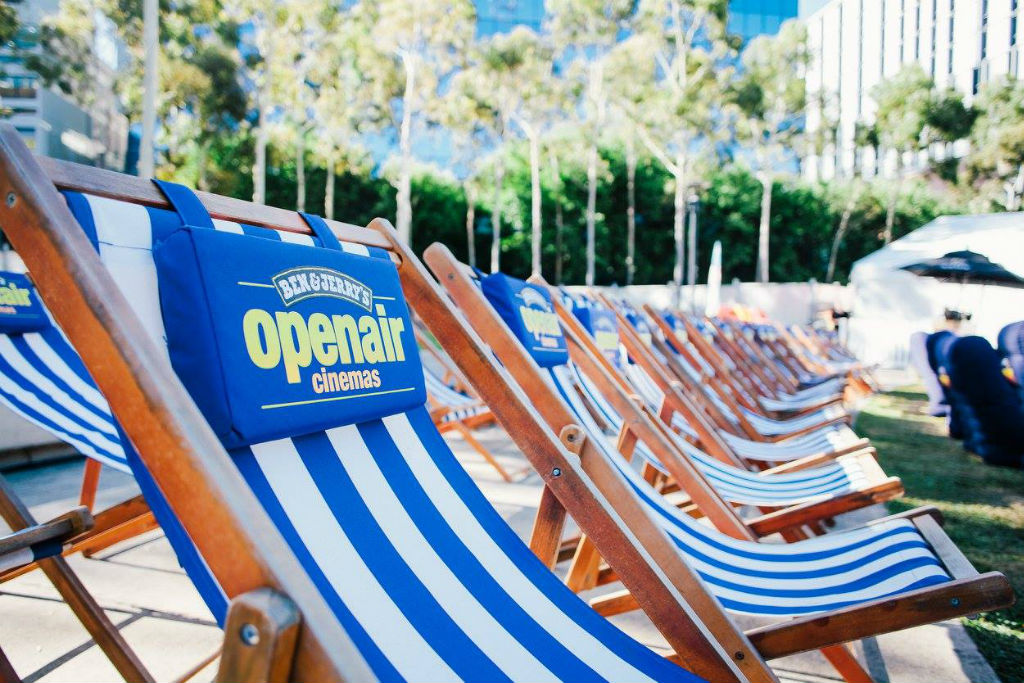 Different seats and sections were available. People could bring their own blankets or rent beanbags, chairs and bean bag lounges for an extra cost.

The bean bag lounges were especially comfortable and allowed the viewer to put their feet up while enjoying the movie experience. 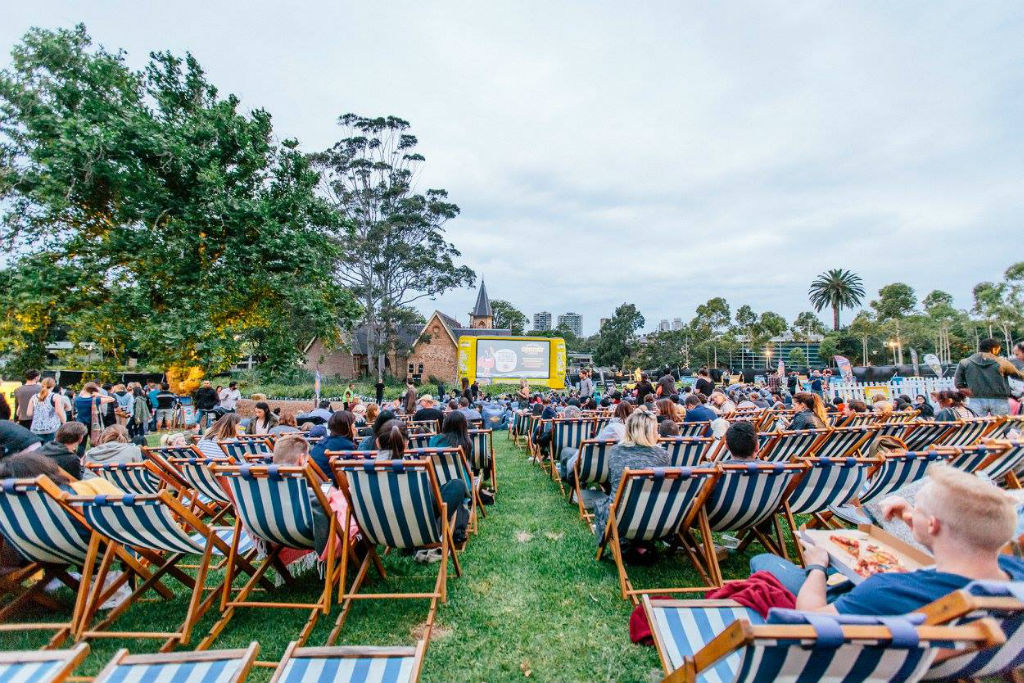 However, the whole evening had more to offer than just the 90 minute movie Inferno, starring Tom Hanks. Before the movie started after sunset, many people took the chance to grab a wine, soft drink or Ben & Jerry’s Ice Cream from the bar.

The pizza bar also gave the option for a delicious pizza, salad or other snack. But those with little spare change could also bring their own food and drink to make the movie experience more affordable. 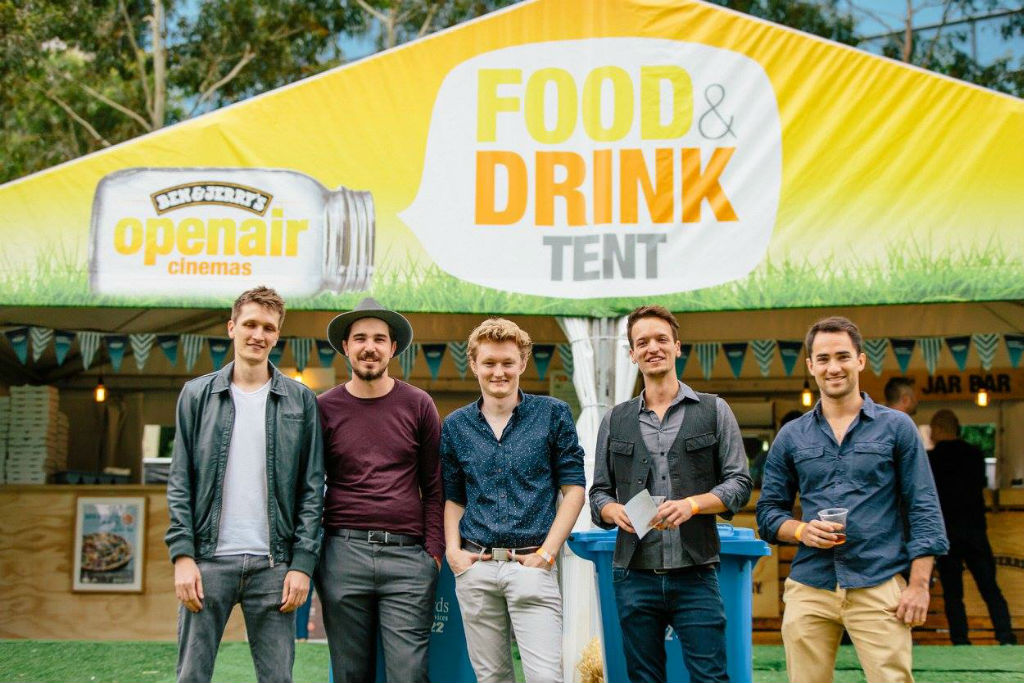 Before the movie started, music played in the background and at around 7pm a live musician took to the stage. He brought his guitar and voice to entertain the audience. His voice and guitar playing were pretty good, but the song choice could have been more cheery.

The opening night was rather cold, so many people rented blankets or rugged up in many layers of clothing (although the cool breeze was a great excuse for cuddling with a partner/date). At sunset, the audience grew excited again while awaiting the start of the movie. After the usual stretch of advertisements, Tom Hanks’ face finally appeared on screen and even the stars came out to enjoy the movie. 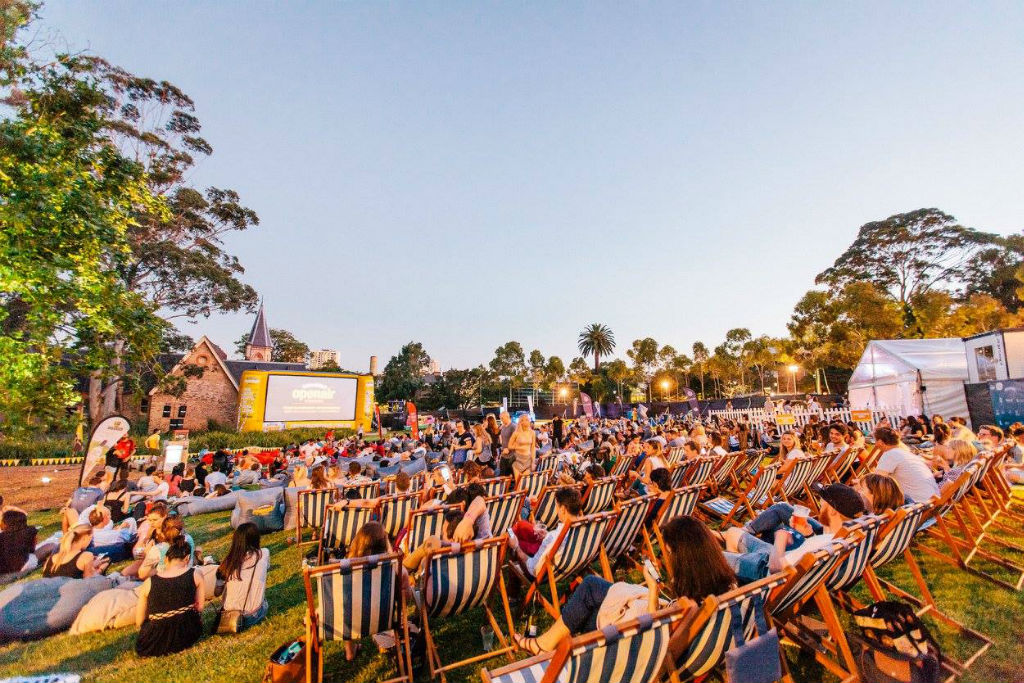 Overall, the Openair Cinema experience is something that can be enjoyed by every age group. Whether you are going out with friends or a date, nobody should miss the opportunity to watch a movie under the stars.

Ben & Jerry’s Openair Cinemas runs from 25 November – 21 December 2016, and is located on Cardinal Green at Sydney University.
This venue is accessible.

Disclosure: The Plus Ones were invited guests of Openair Cinemas.
Photo credit: artof2.