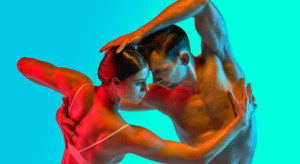 The first half of the program sees the return of Wildebeest, a piece created in 2014 as part of SDC’s New Breed season, which is designed to foster the voices of talented young Australian choreographers. After it’s wider showing here as part of Untamed, it will next go on international tour in 2017.

Choreographer Gabrielle Nankivell created this imaginative and highly provocative work in collaboration with sound designer and composer Luke Smiles, with whom she shares a decade-long history as collaborators. Smiles’ rich, complex soundscape is strongly cinematic and is in perfect, natural synergy with the choreography. This must be due to the fact that Smiles himself worked for 21 years as a professional dancer and hence is in a unique position to understand the timing and detail of movement and connect that with the sonic.

Wildebeest is Nankivell’s first collaboration with SDC, which she calls “one of the world’s slickest ensembles.” I couldn’t agree more. The dancers move their incredible bodies in such a way that one forgets they are human. From the twitching of alert heads and darting of focused eyes in a meerkat fashion, the stretching of the spine and limbs like a big cat, the antelope-like deftness of the feet and legs, down to the tiny details of hands that are paws and fingers that are claws, these are animals before us. As the music changes, the dancers use their imagination and sensory perception to release their inner wildebeests even further, morphing from the recognisable traits and instincts of living animals into fanciful creatures of myth. From the first lone beast writhing and shifting on stage, the herd grows, and the power of the individual is combined and accumulated to give way to strength en masse. Interestingly, as the music transforms once again, so does the group, this time whirring into action like a machine of intricate moving parts, weaving the wild and the precisely controlled into one.

The second half of the program is a thrilling new commission being seen for the first time. It is entitled Anima and is the new work by SDC’s multi-time Helpmann award winning Artistic Director, Rafael Bonachela. True to character and as per his own tradition, Bonachela humbly credits the choreography not to himself alone, but to his “collaboration with the dancers”. Humble, yes, but honest too. Watching the dancers, with their extraordinary physicality and expressionism, it is clear that they are themselves artists and have contributed much to the creation of the piece. In Bonachela’s words, they “give substance and body to my imaginings of flight, spirit and unconscious drive.” And that – “flight, spirit and unconscious drive” – is what Anima is all about. It is an exploration of the boundary between form and spirit, that intrinsic part of our being, with its unspoken thoughts and unnoticed actions that inform and drive the outward persona. 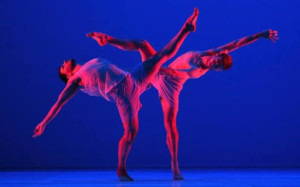 The musical composition by Dobrinka Tabakova, Bulgarian Grammy nominee, is all strings, rich and resonant and deeply romantic. In the latter part of the work, the cello dominates as the solo instrument above the chamber orchestra, giving it a very human, grounded feeling, as the cello is the instrument closest to the range of the human voice. This suits what is happening with the choreography at that point – a very intensely emotional male duet, passionate and driven, strong and dominant, with a moving sense of earnest yearning and breathless physical desire. Bonachela’s idea of contrasting the real, physical body with the flighty, ethereal spirit that animates it is captured by both the music and the choreography. Even the lighting, which is vibrantly colourful at times, set against a bare backdrop and simple, almost non-costumes, brings the music and movement into an alluring visual world.

Untamed is playing at the Roslyn Packer Theatre at Walsh Bay (formerly Sydney Theatre) until October 29. Tickets start from $30 for under 30’s, Tuesday to Thursday nights. https://www.roslynpackertheatre.com.au/whats-on/productions/2016/untamed
By Alicia Tripp

Alicia is the Theatre Specialist for The Plus Ones, reviewing the premiere concerts, symphonies, operas, ballets and stage shows in Sydney. She is a seasoned arts and music critic, as a former journalist for the ABC Limelight magazine and State of the Arts. She has a degree in Media & Communications, English and Music from the University of Sydney.
Disclaimer: The Plus Ones were invited guests of Sydney Dance Company

Sydney Craft Beer Week 2016 – The Plus Ones’ Guide