Australia may be a long way from America and Europe (and just about everywhere else in the world), but that doesn’t stop the world’s best bands visiting on a regular basis. Luckily, there are some fantastic live music Sydney venues to put them up in. From Jørn Utzon’s spectacular Opera House to the intimate, candle-lit Vanguard on Newtown’s historic King Street, we present 10 of the best live music Sydney spots. 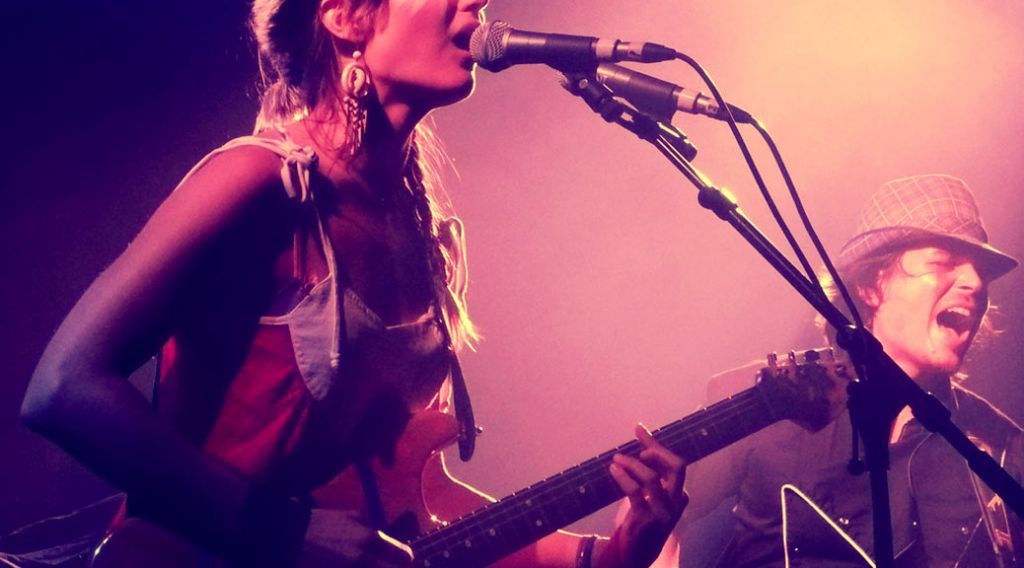 The Plus Ones’ Top 10 Live Music Sydney Venues

The Metro is where the biggest local and international names in pop, rock dance, electronica, rap, and folk come for live music Sydney performance. Jeff Buckley, Blur, Faithless, Robbie Williams – you name them, they’ve probably played there. The sound is (nearly always) great, there are two bars with good drinks offers, and there is an underground live music Sydney space called ‘The Lair’, which is decked out with retro video games, lounges, and a broken down tram serving drinks.

It’s easy to forget that the most famous landmark in Sydney – if not, the whole of Australia – is first and foremost a live music Sydney venue. Commissioned in the 50s to accommodate the high level of musical performance experienced in Europe, the House has five spaces including the stunning 2,679-seat Concert Hall and the Joan Sutherland Theatre, where the operas are staged each season. The Opera House also hosts some of the biggest names in rock and pop, indoors and outdoors on the Forecourt.

For luxurious, old world elegance paired with the most exciting line ups in contemporary music, comedy and theatre, you can’t do much better than Enmore Theatre. Built in 1908, the art deco Enmore is the longest-running live music Sydney venue and has seen the likes of The Rolling Stones, Oasis, KISS, Coldplay and Arctic Monkeys on its stage.

Built in 1924 to accommodate the expansion of Sydney’s annual Royal Easter Show, the Hordern today is a busy live music Sydney venue known for hosting some of the biggest names in rock and pop. It’s a space that suits big acts, big sounds and big audiences.

While The Factory Theatre’s decor is low key, it invariably hosts some of the most interesting music, film and comedy events in Sydney’s calendar. Regulars like Sydney Fringe Comedy and the annual Sydney Underground Film Festival reside here and plenty of Australian talent is represented on the bill.

The oldest licensed music venue in Sydney, The Basement opened in 1972 and has seen some formidable live music Sydney talent (and from elsewhere) through its doors. The venue is primarily a jazz haunt and has hosted the likes of Dizzy Gillespie, Freddie Hubbard, Art Pepper and Herbie Hancock in the past.

With its cosy, 1920s-style interior, The Vanguard in Newtown is the perfect place to enjoy intimate, sit-down jazz, blues, alt folk, and country gigs. Think plush red carpets, neat tables lit with small candles, and an elevated stage that has hosted an array of local and international names.

When beloved rock pub The Sandringham Hotel closed down, it was refurbished and reborn as the Newtown Social Club. Run by the Venue Collective who are behind Melbourne’s Corner Hotel and Northcote Social Club, it’s a pretty smart live music Sydney space decked out with exposed brick walls, dangling lamps, and stylish wooden stools. Live music Sydney nights in the upstairs Band Room revolve around EP launches by local artists and visits from international indie artists.

387 King St, Newtown NSW 2042 • Mon-Sat, 4pm-12am; Sun, 12pm-10pm
newtownsocialclub.com
– Rosie Pentreath
Rosie Pentreath is a freelance arts journalist who moved from the UK to Sydney in April 2015, just to shake things up a bit. Formerly Digital Editor & Staff Writer at BBC Music Magazine, she has bylines in BBC Music Magazine, Homes & Antiques magazine and The Debrief, to name a few. When she’s not writing, she’s most happy running around with a Pentax MV1 SLR camera or discovering as much new music as she can. Rosie tweets at @RosiePentreath, writes on Medium and updates this blog with her experiences in Australia.

Lior and Stu Hunter: The Art of Listening

Smooth Festival of Chocolate – All I’ve Ever Wanted